A mum-of-four has spoken out about the dramatic injuries she suffered after a woman bit off part of her CHEEK in a row about borrowed milk.

Danniella Farrow, 37, labelled herself a “freak” and said she will be scarred for life with the large wound to her face after a row with her friend’s neighbour.

However, despite Ms Gill admitting causing the injury she argued the attack on Danniella was warranted and in self-defence – and a jury believed her.

Speaking from her home in Hull, East Yorks., Danniella said: “It is horrendous and I can see people looking at it – it is on my face so obviously it is very visible.

“I feel like a freak now. I am disfigured for life. Every day I have to relive what happened and I am sick and disgusted that she has got away with it.

“My daughter thinks it is her fault and blames herself – she told me she wanted to kill herself.”

Danniella and her daughter, 13, were helping a friend move house in Hull, East Yorks., and when Danniella asked for a coffee, her daughter was sent by the friend to get milk from a neighbour.

Ms Farrow said Ms Gill came out her house “swinging and punching” and appeared very angry and shouted: “Someone was banging on my door”.

During the quick attack, Danniella said she saw a set of eyeballs latched onto her face while Ms Gill sank her teeth into her face.

She says when police officers arrived on the scene they searched the street for the bitten-off piece of flesh from her cheek. 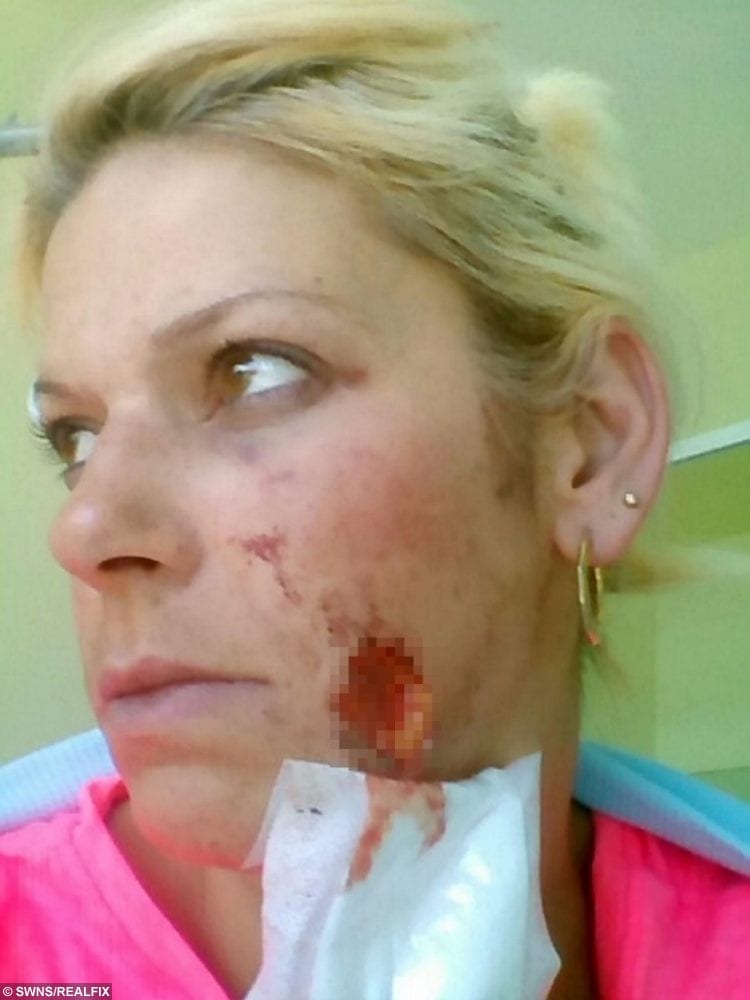 Care home worker Danniella said she was devastated when she found out Ms Gill had walked free from court following the incident on July 4 last year.

Speaking about the incident, she said: “I had never seen this woman [Ms Gill] before in all my life.

“I go out and earn a living, I’m a full time care home worker.

“During the attack all I saw was this set of eyes to my left – it happened so quick.”

Ms Farrow described how she was unaware of her injury until her daughter started screaming.

She said: “I didn’t feel anything at first but my daughter screamed and shouted there was a hole in my face.”

Danniella says she will be now scarred for life – which has had a huge impact on her confidence.

She said: “It is all over for her now, but I have to live with this for the rest of my life.

“I never knew this woman before but now she will be a part of my life forever – it’s horrible.” 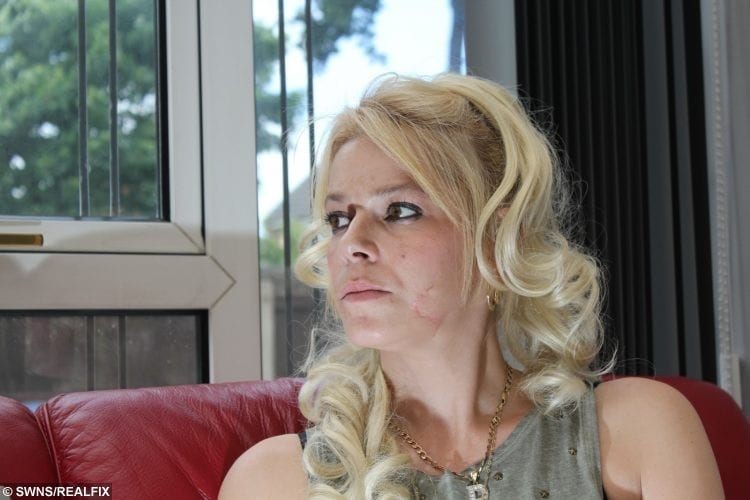 But throughout the trial Ms Gill maintained she had “finally” gone to speak to Ms Farrow because her door was constantly being knocked on.

Speaking about the incident, Ms Gill said: “Me and my beautiful son have been telling the truth the whole time.

“If I could have done anything different that night I would have but was fighting for my life. All this about milk at half eleven on a school night on a Monday night.

“The right verdict has been given and justice been done – I am not guilty.”

Ms Gill also told the court: “I turned my head and was struck to the back of my head numerous times.”

She told the jury she fought back against the “attacker” and was head-butted by “a blonde woman” – causing her to “black out.”