Video of incident in which Claire Gramham shattered her foot on overhanging rock while tombstoning at the Falls of Falloch, near Crianlarich, Stirling.

A mum-of-two was left unable to walk for a year after shattering her foot in 30 places while taking part in the ‘tombstoning’ craze.

Daredevil Claire Graham suffered the horrific injuries after climbing 30ft up a popular beauty spot and plunging into the water.

The 32-year-old did it as part of tombstoning — the deadly craze which involves jumping off a cliff into the water.

But Claire’s foot clipped an overhanging rock as she jumped off the cliff at the Falls of Falloch, near Crianlarich, Stirling, breaking it in 30 places. 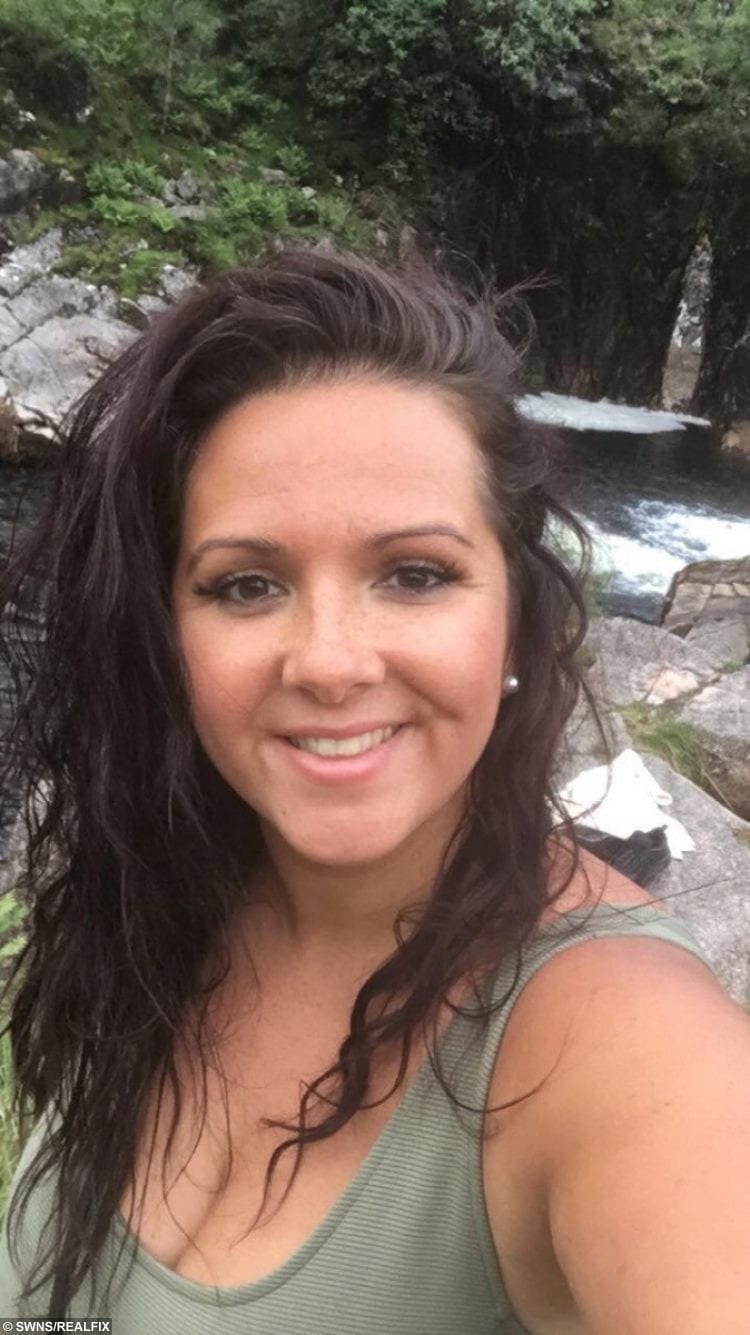 Claire, from Parkhead, Glasgow, said a friend pulled her out of the water and on to a nearby rock as they anxiously waited for an ambulance to come.

The terrifying accident on July 12 last year left Claire in a wheelchair unable to walk.

And although she has recently just come off cratches Claire says she has had to give up her job as an accountant as she waits to get foot fusion surgery.

She said: “I went with two of my friends who were jumping in as well.

“When I did it I was thinking it would be fine because I love jumping from heights – I’m such an adrenaline junkie.

“It was a nice sunny day but I guess I misjudged the jump.

“When it was my turn to jump I hit an overhanging rock which just put me into a massive shock.

“I was there for ages waiting for a helicopter which came and I was airlifted to hospital.

“It was so painful and just a horrible experience.” 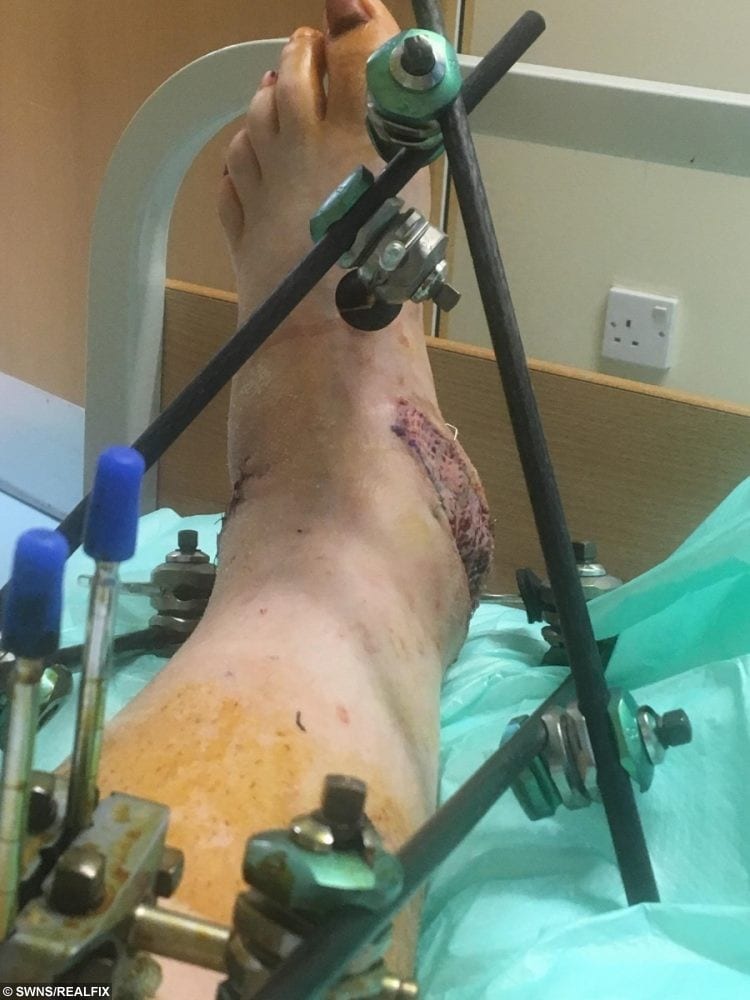 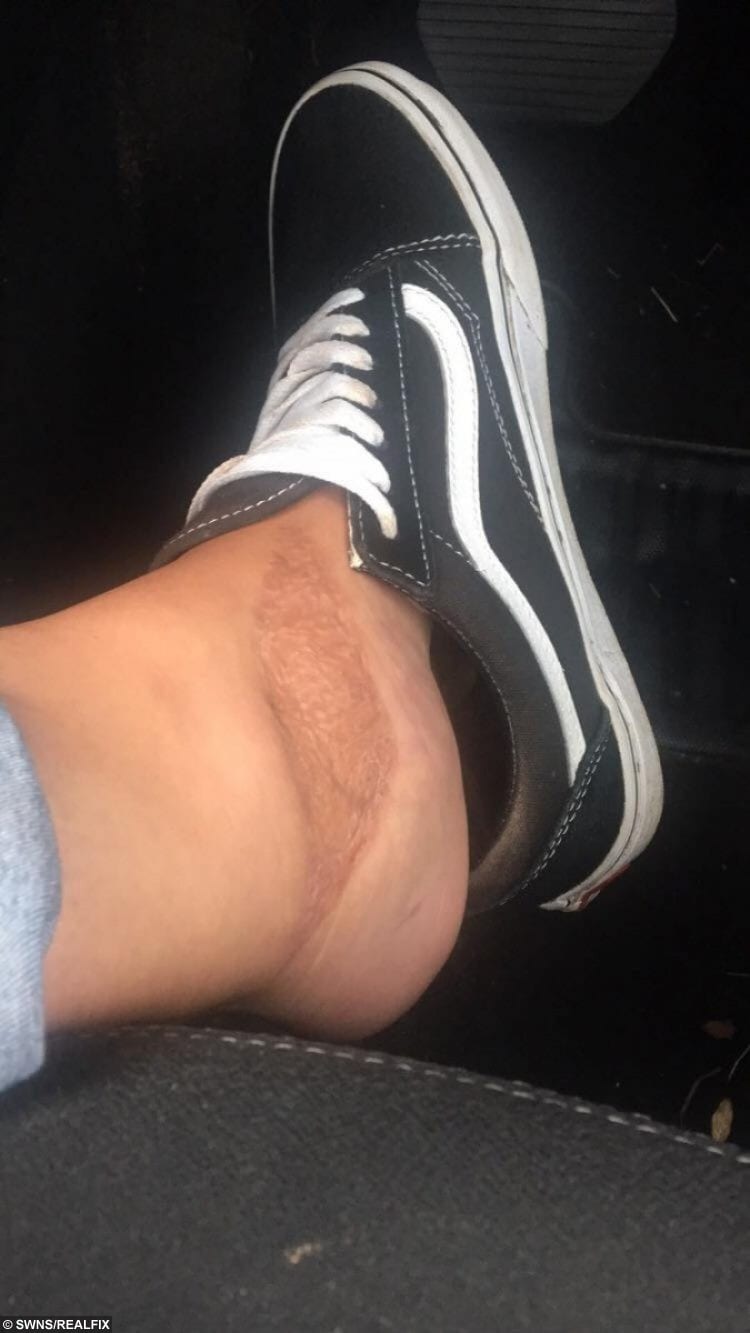 The Killin Mountain Rescue team moved Claire to a position where the coastguard helicopter could reach her before airlifting her to hospital.

The self-confessed adrenaline junkie had metal scaffolding put in her foot and has been in a wheelchair for the last year.

Claire, who wants to warn others of tombstoning, says her foot is still swollen a year on.

She said: “At the moment I am on a lot of pain medication.

“Next month I will get my surgery and that will take a six-month recovery so I’ve had to give up my job.

“I can’t believe that it’s been a year down the line since I had that injury but I’m still having to pay the price for it.

“Even my 11-year-old and 13-year-old think I’m stupid for jumping and my foot still looks swollen.

“It’s a bit of a shame for the kids because I can’t play with them anymore, I’m not allowed to even drive.”

Claire is urging others to be careful when taking part in the popular craze.

She said: “Be very careful and make sure you go in and check how deep the water is before you jump, otherwise you’ll have the scars I’ve been left with.

Tying the Knot – How Much Would you Spend on your Wedding?

Tying the Knot – How Much Would you Spend on your Wedding?