Mum Samantha Woodgate with husband David and their son George. Samantha found out she had thyroid cancer after having her seventh child.See MASONS story MNCANCER; A mum-of-seven discovered she was pregnant the day she went into hospital - to be STERILISED. Samantha Woodgate, 32, was in hospital in July 2014 waiting to have the procedure when she found out she was pregnant with her seventh child. The former shop assistant and her husband David, 34, had made the decision that their family was big enough and they didn't want anymore children. But they were too late - as Sam was already eight-and-a-half weeks pregnant by the time she went into hospital.

A mum-of-six went to hospital to be sterilised – and found she was expecting her SEVENTH child.

Surprised Samantha Woodgate, 32, and husband David had decided their family was big enough and they didn’t want any more children.

But they were too late as she was already eight-and-a-half weeks pregnant.

David had dropped her off at Margate Hospital in Kent so he could go to their son’s primary school leaving ceremony and was due to go back to the hospital afterwards.

But she sent him a text to tell him: “Don’t worry about coming back I’m already pregnant.”

Sam, from Minster, Kent, said: “We had decided that we didn’t want any more children so I went into be sterilised.

“I had absolutely no idea I was pregnant, it was a huge shock when they told me.

“I texted David and he thought I was joking.”

The unexpected pregnancy wasn’t without complications – at 34 weeks Sam found out her baby had Down’s Syndrome.

Tests also found that the baby had a condition called Duodenal Atresia – meaning there was no hole for fluids to pass where the bowel joins the stomach.

Sam was induced four weeks early and had a natural labour where the heart of baby George stopped twice after he was born in January.

But he pulled through and then survived a five-hour operation to correct his bowel condition. 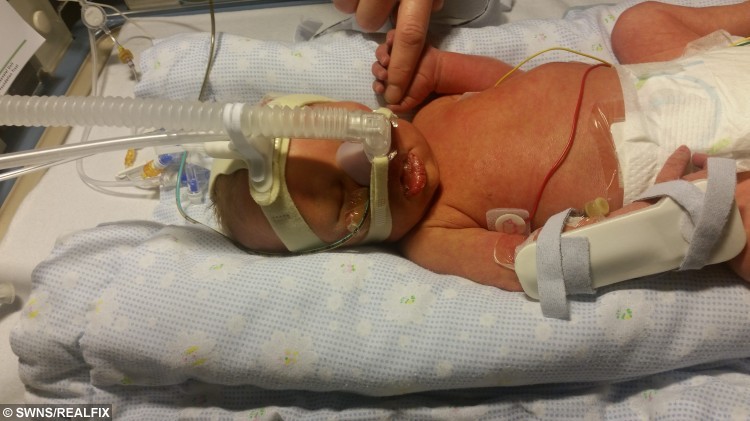 “We did find it hard to accept in the beginning that he had Down’s but we soon realised that was just our ignorance.

“He is like any other boy, except he will look a little bit different and it will take him longer to learn things.”

Sam is now coping with another far more serious shock after being diagnosed with thyroid cancer on June 30, six months after George’s birth.

She had started to feel unwell after returning home and was suffering with hair loss – and after six weeks of tests and scans they received the devastating news.

David said: “I had prepared myself for the worse, but nothing prepares you for hearing a doctor tell you that your wife has cancer.

“I just wanted to curl up in a ball and cry but Sam just said there’s no point in crying you just have to get on with it.

“She is really strong, she just gets on with it. ”

She underwent major surgery where the cancerous lump was removed from her neck.

In six weeks time she faces a return to hospital where she will take Radioiodine in tablet form – but she will have to be in quarantine for up to two weeks as the medication will make her radioactive.

Friends and family have now set up a fundraising page to help them financially as Sam will be unable to return to work after her maternity leave ends. 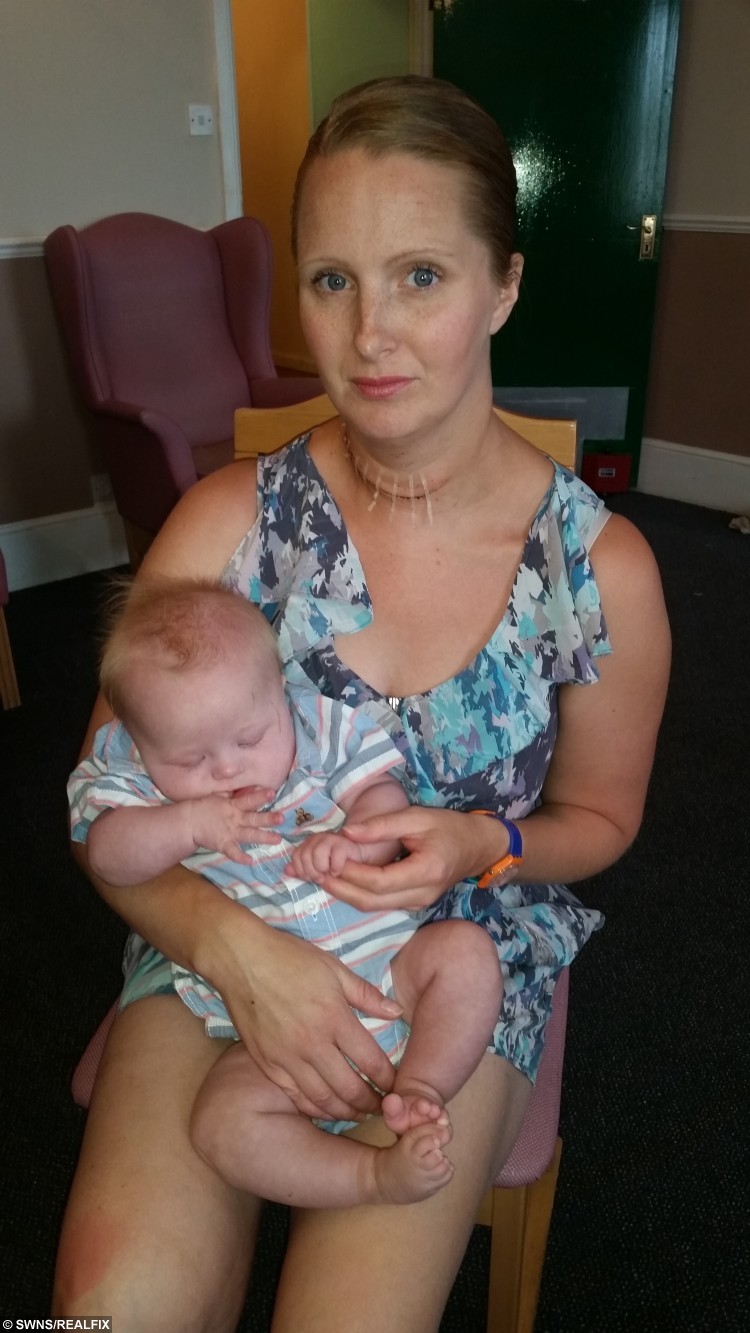 The gastric band that worked and the bum lift that definitely didn't...