The mum of a six-year-old girl who is battling cancer for the THIRD time has launched an appeal to get her daughter abroad for vital treatment.

The parents of Rosie Veronica Mitchell set up an appeal to raise money for their daughter to take her abroad for cancer treatment.

Rosie, from Port Glasgow, Inverclyde, is battling neuroblastoma — a type of cancer that forms in certain types of nerve tissue. 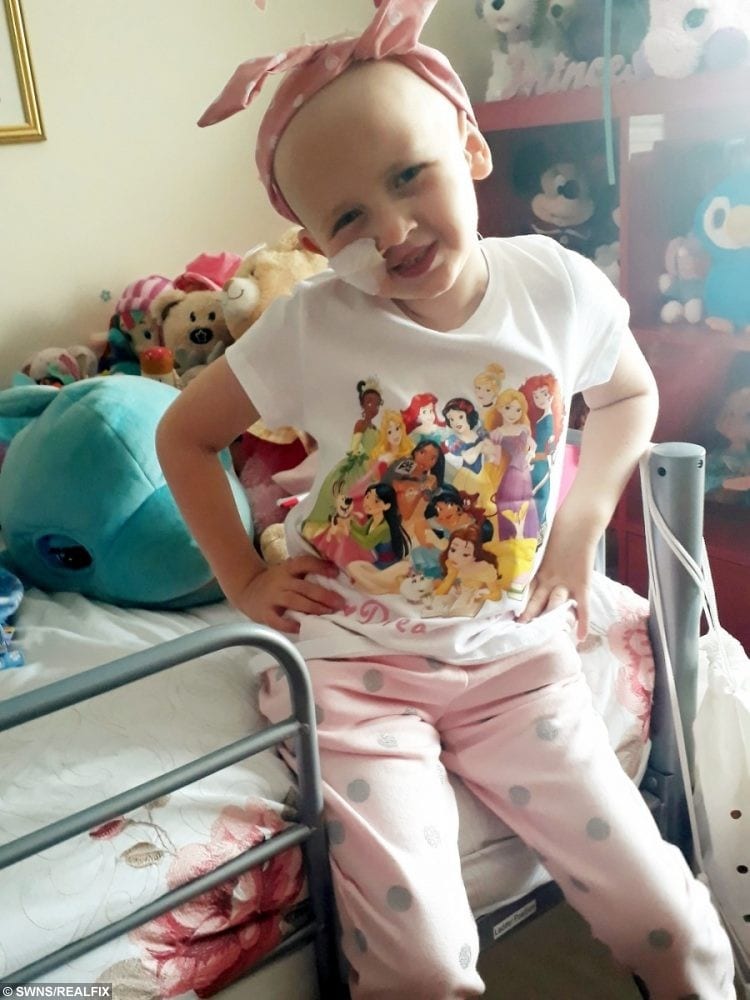 The community has been rallying around and so far £40,000 has been collected from fundraising efforts.

Her parents Ross Mitchell, 42, and Donna-Louise Hurrell, 40, say they couldn’t be more grateful with the support they have received.

“I always found it hard to ask people to donate to save my child doing this has made me realise that there are good people out there that want to help.

“I am so thankful for everyone donations so far. We’ve been able to raise money through so many ways.

“We’ve done sponsored haircuts, ladies day, bucket collections and even her school — St John’s Primary School — had a blue day were they managed to raise over £8,000.

“Her ballet class also done some fundraising for her, they are all incredible.”

The youngster was only 15 months when she was diagnosed with stage 4 neuroblastoma.

Rosie, who lives with her parents and twin brothers Dylan and Lucas, had cancer in her abdomen, face, skull, lymph nodes and bone marrow.

She underwent 18 months of treatment and spent six months in hospital.

She also suffered a brain haemorrhage and liver disease.

The inspirational youngster came through all of this and was cancer free for two and a half years but in November 2016, the cancer came back and she received further treatment.

A routine scan in April this year revealed that the cancer had returned in Rosie’s bones, triggering a fresh round of chemo.

Now the family is looking at other options abroad.

Donna-Louise says options are very limited and that is why families fundraise to go to America or Germany for treatment aimed at preventing the cancer coming back.

She added: “Our daughter is fighting cancer for the third time.

“Doctors are trying to treat it but the options are becoming more and more limited which is why we have turned to fundraise in case we may need to go elsewhere.

“Once you relapse your options become limited. She is going through chemo at the moment but we’re looking for a clinical trial.

“But the way she has dealt with this is amazing. She just gets on with it, she’s a fighter.”

Recently the youngster had her dreams come true when she met pop stars Little Mix at their gig at Falkirk Stadium.

Rosie was delighted to speak to the girls backstage and she even got a cuddle from star Perrie Edwards.

Donna-Louise added: “She loved it. It was fab.

“They just said to her that she was the most gorgeous little girl they’d ever met.

“I think she loved meeting them because that’s her favourite band.” 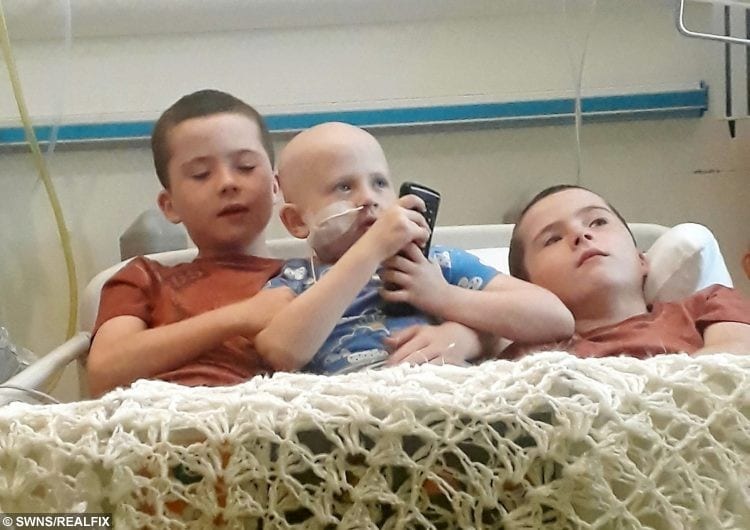 The family has also set up a fundraising page for Rosie through Solving Kids’ Cancer (SKC) who support families affected by neuroblastoma.

According to SKC, there are around 100 new cases of neuroblastoma each year, of which children are predominantly under 5-years-old.

Readers who wish to donate to Rosie can visit https://solvingkidscancer.org.uk/campaigns/rosiemitchell/