Benita Lambert enjoying a pampering session in hospital with her daughter Taylor. See SWNS story SWPONY: A mum-of-two who is recovering in hospital after breaking her back after her pony fell on top of her has started writing a honest and yet also humorous blog about her recovery. Benita Lambert, from Willand, had been about to book a dream holiday to New York next year to celebrate her 50th birthday with her husband Matt and their two children Taylor, 13, and Matthew, nine, when the riding accident occurred three weeks ago. As well as her spine injury she also broke her eye socket and multiple ribs and suffered a punctured lung. She is currently being treated at the Royal Devon & Exeter Hospital and is waiting to hear if she will transferred to a specialist spinal rehabilitation centre in Salisbury tomorrow.

A mum suffered these horrific injuries after her daughter’s PONY fell on top her.

Horse-lover Benita Lambert, 49, is recovering in hospital from spinal surgery after breaking her back, her eye socket and multiple ribs.

She also suffered a punctured lung and feared she would die during the terrifying incident that took place while she was on a fun-ride.

The mother-of-two from Willand, Devon, is now charting her long recovery in a online blog and has posted a series of pictures showing off her injuries.

She said: “It was just a freak accident because I was riding my daughter’s pony and then she reared up so I came off.

“I didn’t want to let go in case she ran off in a field she didn’t know so I pulled her back and she fell right on top of me.

“I should have let go. I heard a crunch so I knew it had done some damage. I was conscious the whole time but looking back it just seems a blur.

“I honestly thought I would die because when my ribs broke I couldn’t breathe, and I knew I couldn’t feel my legs.

“But I was alive and didn’t care about anything else at that point.”

Benita, who is married to Matthew and has two children Taylor, 13, and Matthew, nine, had been about to book a dream holiday to New York next year to celebrate her 50th birthday.

But she said her life has been turned upside down by the accident that happened on September 30.

She said: “Ironically I was on a ‘fun’ ride.

“Luckily I was with a school teacher called Sally McDermott who uses the same livery yard as me in Ashill.

“If it wasn’t for her things could have been worse because she had done first aid and knew exactly what to do and not to move me and keep me still which probably saved any further damage.”

Benita was taken by Devon Air Ambulance to Derriford Hospital in Plymouth where she was immediately operated on to realign her spinal cord.

She has recently been able to sit up for the first time and is now contemplating a move to Salisbury for specialist rehabilitation support. 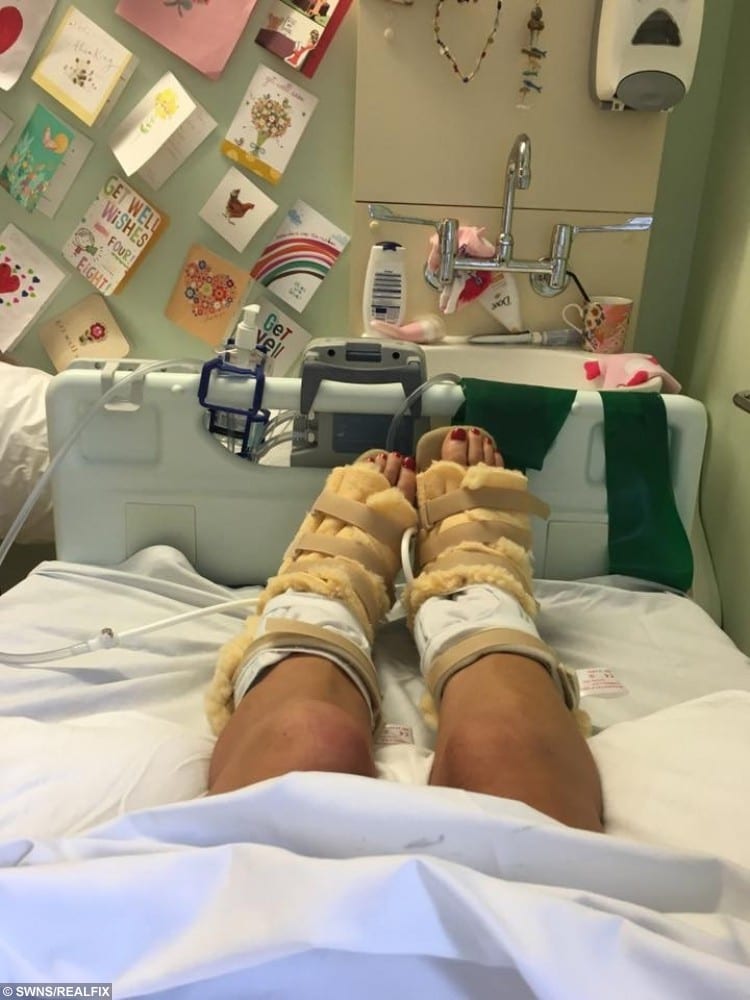 She said: “I’ve had a wobble about it this morning because it’s further away from the kids but the upside is I will be home quicker, hopefully by Christmas.

“When I’m there it will determine what I’m left with which is exciting but also a bit daunting as that’s scary.

“I can now move my legs and knees but there’s still no feeling in my ankles and toes, but it’s only been three weeks.

“I intend to be the quickest mender in the history of the world. That’s my aim. I’ve always been a positive person and I always will be and I’m going for a full recovery. 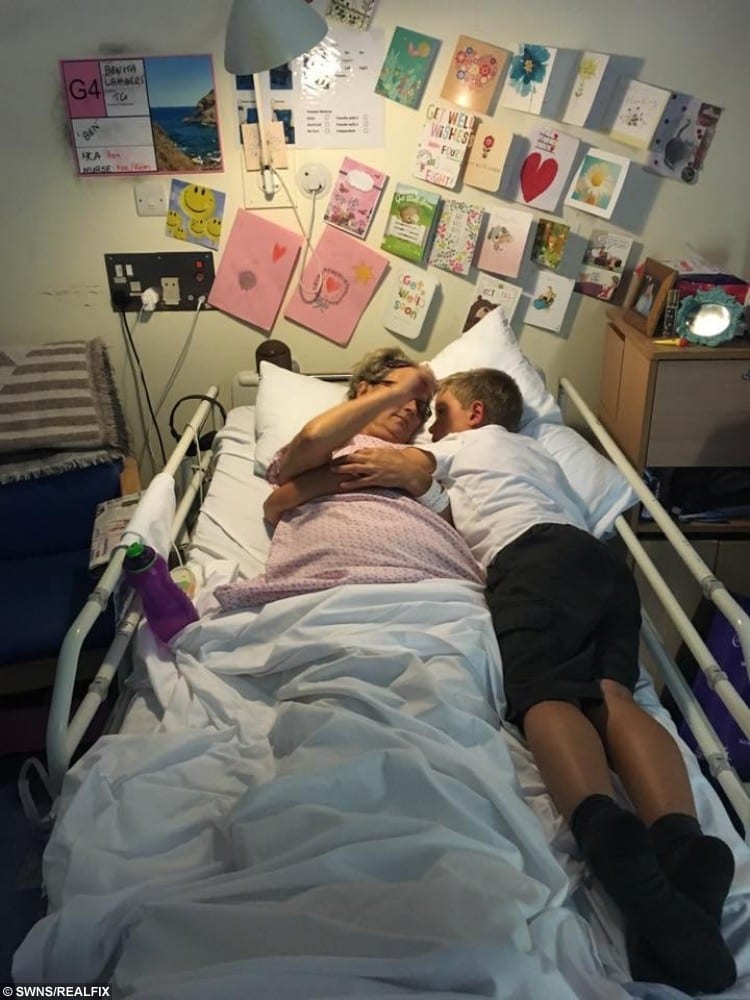 Benita, who had to make the hard decision to send her pony to a retirement home to prevent another accident, also acknowledged the impact her accident has had on her family.

Her husband, who normally works away from home during the week, has been given time off to look after their children and take over the day-to-day running of the house while also visiting Benita.

She said: “I’m getting the best care and attention here in hospital but it does concern me is Matt and the kids are left a bit in limbo.

“I’m lucky I have some truly amazing friends and the women of Willand have rallied around and have cooked them a meal every night of the week.”

“Ideally I want to make a full recovery but if I don’t I’m still here and I will still get to see my children and husband everyday and that’s what I’m thankful for.”

Britain’s oldest man, 108, shares his secret to a long life…