by Hattie Bishop
in Health
0

Mum and dad Jade and Jamie Scudder. Amelia Scudder, their baby died at seven months. See Masons copy MNPHOTO: This shocking image shows a baby moments before she died from a rare form of meningitis that she could have been vaccinated against if she had been born just one month earlier. Amelia Scudder, who died at seven months, showed almost no symptoms of meningitis B and died the same day that mum Jade noticed she had rosy cheeks and a high temperature. Jade, 21, said: "She was born in April last year so she missed out on the catch-up meningitis B vaccine by just one month.

This shocking image shows a baby moments before she died from a rare form of meningitis she would have been vaccinated against if she had been born just one month earlier.

Amelia Scudder, who died at seven months of age, showed almost no symptoms of the deadly meningitis B infection which was to take her life.

She passed away just hours after mum Jade noticed she had rosy cheeks and a high temperature.

Jade, 21, said: “She was born on April 7 last year so she missed out on the catch-up meningitis B vaccine by just one month.

“She might still be alive if she had been given the vaccine.

“I want other parents to know it’s not only a rash that can be a warning sign.

“The day before she passed away she was eating the biggest slice of chocolate cake you’ve ever seen so it came as a complete, devastating shock to me.”

In September last year the NHS made the meningitis B vaccine available to all babies born after June 2015 with a one-off catch-up for any baby born after May that year.

Amelia died from the meningococcal B bacterial strain of meningitis and septicaemia.

Jade, from Witham, Essex, said: “She was an absolute mummy’s girl and she loved to rest on my chest.

“She had been vaccinated against meningitis C on July 1 but the B vaccine wasn’t made available to her.

“It’s been absolutely heartbreaking hearing about the other cases.”

Thirteen doctors battled in vain to save her life at St George’s Hospital in Tooting before she died on December 4.

On social media the young mum wrote: “This is the first time I have shared this photo of Amelia and what meningitis has done to my baby girl.

“That night Amelia had a bit of a temperature and rosy cheeks, I put it down to teething and her temperature went down with Calpol.

“Within 12 hours of anything seeming wrong Amelia lost her life at 10:45pm from meningococcal septicaemia.”

The mum, who is 18 weeks pregnant with Amelia’s younger brother, said: “There’s so much about meningitis on the news at the moment and I’m desperate to raise awareness.

“Amelia’s father Jamie, 19, and I actually found out we were expecting a second child a week before she passed away and I think that knowing I’ll be a mother again has motivated me to campaign.

“If I can raise enough awareness through my own awful personal experience and save just one child’s life, then the whole process would have been worth it.”

The community support worker added: “Amelia missed out on the Meningitis B booster vaccination by a couple of months, but I think all children should get the jab.

“It’s absolutely crazy that children born before a certain date don’t get the vaccination and their parents will have to go private.”

Jade set up a Facebook page ‘Amelia’s story – Lost battle with meningitis’ shortly after her daughter passed away, which now has more than 1000 members. 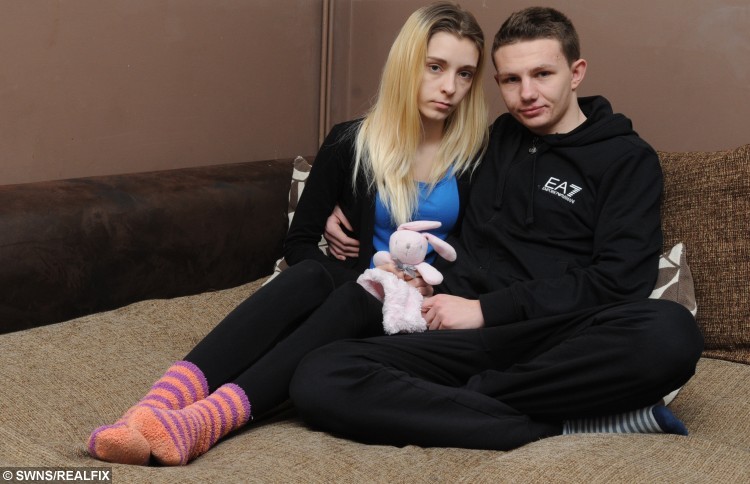 The picture Jade posted of Amelia has been shared more than 5,000 times and comes as 800,000 people across the UK signed a petition calling for the meningitis B vaccination to be provided on the NHS for children up to the age of 11.

Jade said: “What’s important to remember is that signs your child might have meningitis are not just visible from a distinctive rash, the symptoms can take shape in a number of ways.

“With Amelia, it all happened so quickly.

“From me realising something was wrong to Amelia passing away all happened in one day.”

After completing an English and Philosophy degree at University of Sussex, Hattie went on to work at a local paper in the North East. She is now deputy editor of features at SWNS and hosts the RealFix podcast. She loves seafood and is a lifelong fan of Rick Stein.