Mason Dunn from Radcliffe, Grtr Mancs., with his e-cig that was taken off him by his school after he was found 'vaping' on it on the school premises, 24 September 2015. See Ross Parry Copy RPYECIG : A mum is fuming after a school confiscated her 14 year-old son's e-cigarette - saying he needs it to kick his TEN-a-day habit. Teachers took the device off Mason Dunn when they found him 'vaping' on school premises - saying they had a duty of care towards him. His mum Sue marched to the school in protest but they have refused to back down.

A mum is fuming after a school confiscated her 14 year-old son’s e-cigarette – saying he needs it to kick his TEN-a-day habit.

Teachers took the device off Mason Dunn when they found him ‘vaping’ on school premises.

His mum Sue marched to the school in protest but they have refused to back down.

Sue, 42, a single mum, said: “He came home from school in a terrible state, because he needed nicotine. We have tried to wean him off the e-cigarettes as well, but it is helping.

“I went into school and explained the situation but was told it is against the school policy.

“If it helps to prevent people from developing cancer at a later stage, I think it should be allowed.”

Sue, a van driver from Stoneclough, Gtr Mancs., said Mason started smoking at the age of 12 following the death of his father.

She found out a year later and said it was a family decision to buy him an e-cigarette in the hope it would help him cut down and eventually quit.

She said: “I am not happy about the fact that he smokes in the first place, but we have tried everything to help him stop.

“We’ve tried patches and been to the doctor, but nothing worked, so my eldest son bought him an e-cigarette and it has helped him stop smoking cigarettes.

“He has really made an effort.”

Mason had his e-cigarette confiscated by teachers at Kearsley Academy in Radcliffe, Gtr Mancs.

They refused Sue’s plea to let him use the device at school – even if not in open view or in front of younger children.

The school said it had a duty of care to discourage children from smoking, and that staff have met with Mason and his mother to support them. 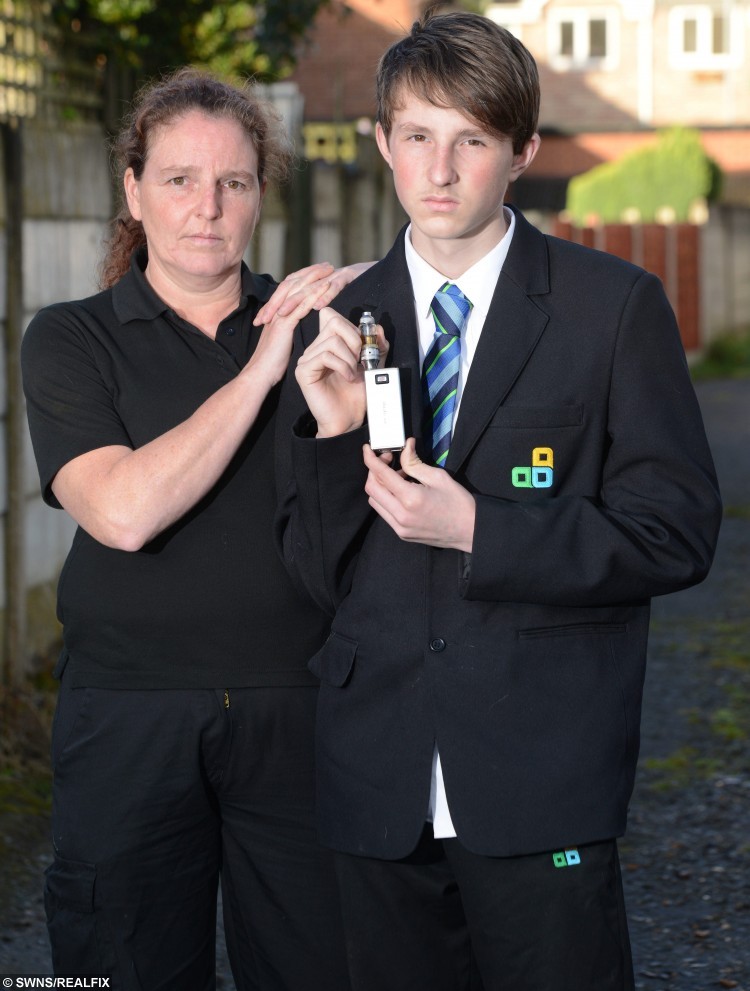 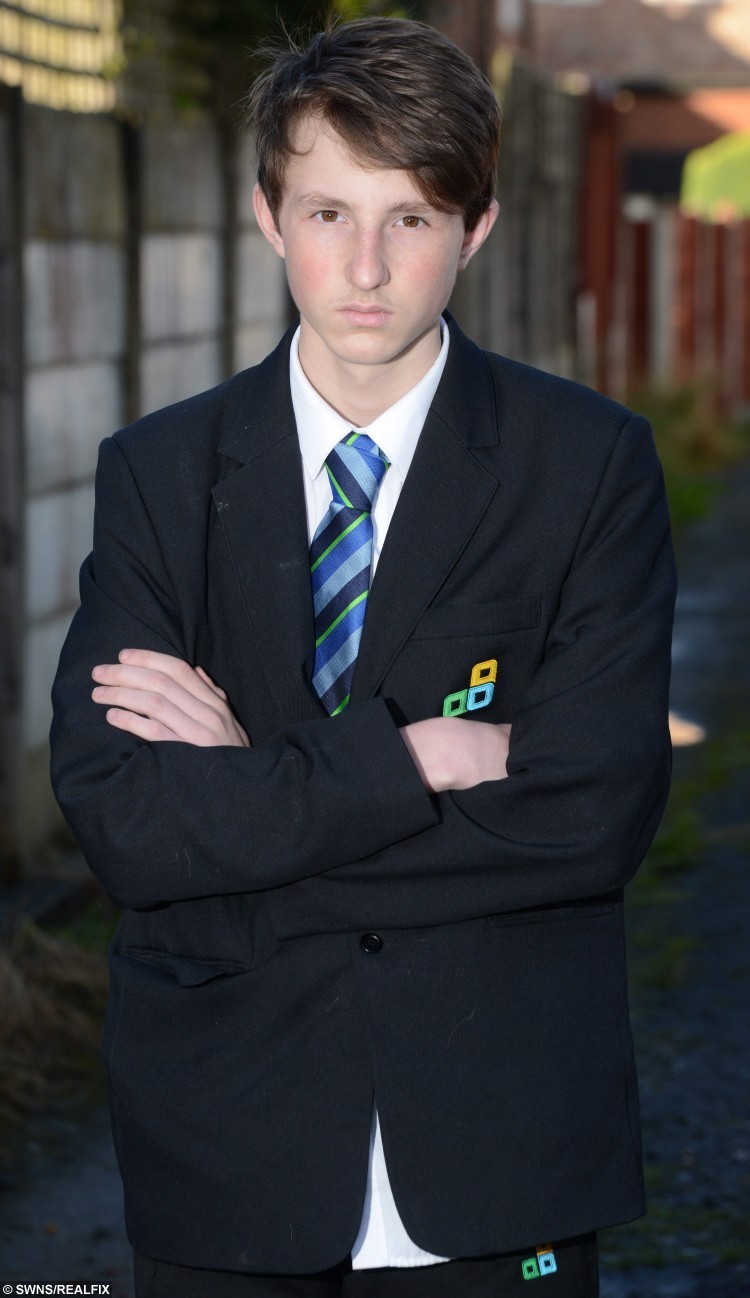 He has also been referred to the school nurse on several occasions.

Sue claimed that Mason had not had a single cigarette since he started using e-cigs at the start of the summer holidays.

But she said that since going back to school he is back on normal cigarettes again, despite having the e-cigarette returned to him.

Mason said: “It feels like the school don’t want me to stop smoking.

“It is really hard and I don’t know what to do next.”

It will become illegal for retailers to sell electronic cigarettes and e-liquids to people under the age of 18 from October 1.

Battery powered e-cigarettes are an alternative way of consuming nicotine, without inhaling harmful chemicals such as tar and carbon monoxide.

The e-cigarette converts liquid nicotine into a mist which the smoker inhales.

A recent report on behalf of Public Health England concluded that they are 95 per cent less harmful than tobacco, and that they could be prescribed on the NHS in future to help smokers quit.

However, concerns have been raised about the possible inconsistencies of quality in e-cigarettes, and whether they are completely safe. 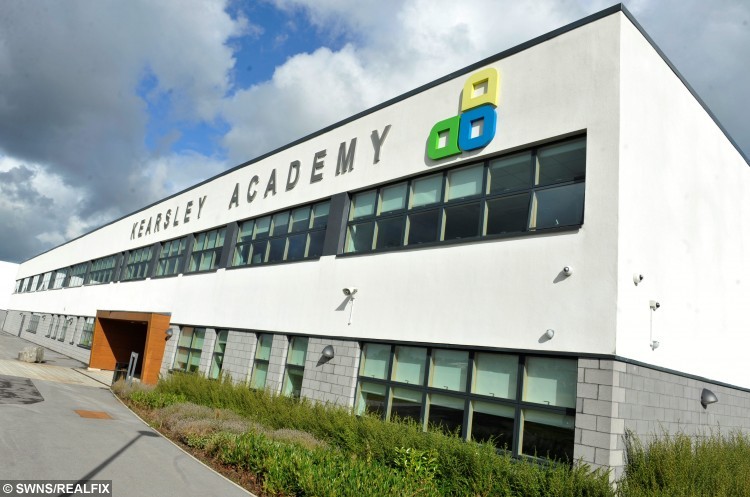 Suzanne Pountain, principal of the school, said: “Kearsley Academy is a no-smoking site. We have a duty of care to our students to reinforce this and discourage them from doing so.

“As a healthy school we encourage students to lead healthy lifestyles and to make healthy choices.

“We offer students access to the school nurse and if necessary pathways such as the smoke cessation programme, if this is needed.

“We will continue to work with and support Mason within the guidelines of our policy.

“For the safeguarding of all our students, smoking, including the use of any nicotine inhalation devices are not allowed.”

A scary warning for anyone about to light a scented candle…