A mum has thanked a stranger who saved her baby after she CHOKED on a crisp in a busy high street.

Kayleigh Finn, 26, experienced “one of the most terrifying moments” when ten-month-old daughter, Indie, began to turn purple.

Panic-stricken Kayleigh lifted the infant and began slapping her back to free the windpipe. 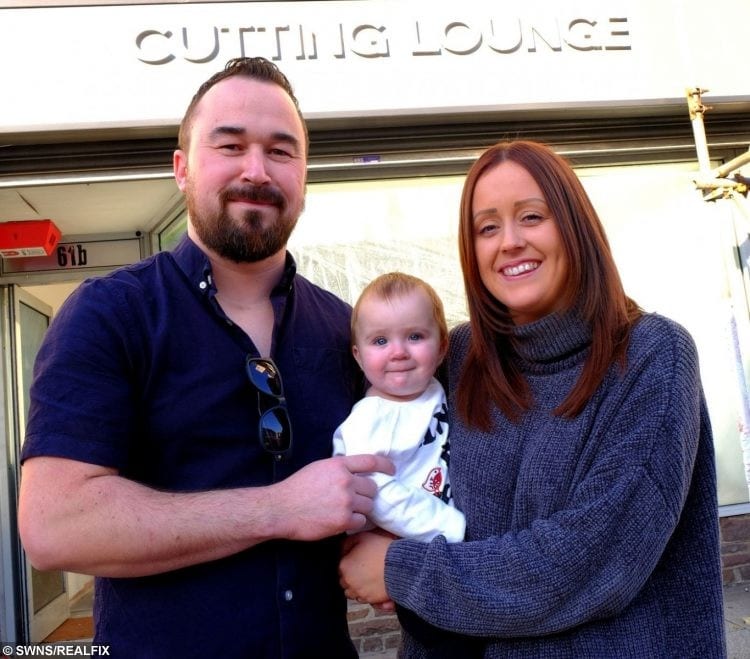 Luckily Robert Stockwell, 37, leapt out of a car to intervene – and used his police first-aid training to save the “lifeless” youngster’s life.

Robert, a police vehicle technician, was sitting in slow-moving traffic after missing a turning when he noticed a group of distressed people on the path.

He said: “Straight away I knew something was wrong.

“I stopped the car straight away and asked my wife to call an ambulance, before running over as quickly as I could to try and help.

“When I saw the baby it was completely lifeless and rigid, it didn’t even look like a baby. It was awful – I was frantically asking the people around if anybody knew what to do.

“I think a part of me was just desperately hoping that there was somebody who did but there was nobody. I knew I had to do something.” 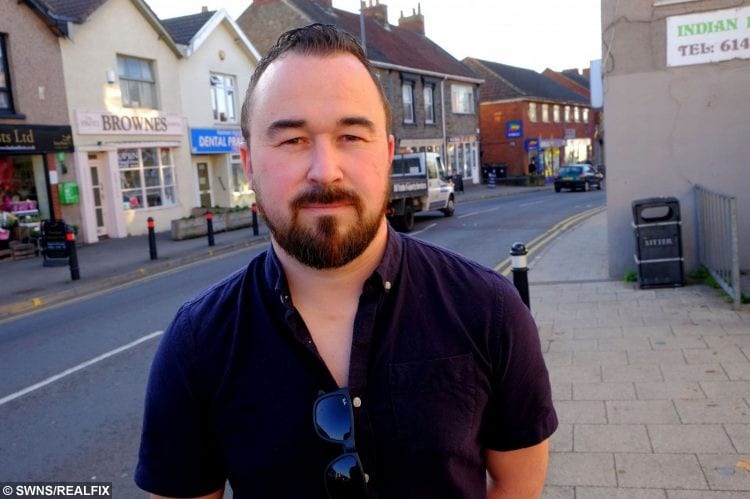 The mum and daughter were walking along Hanham High Street in Bristol., when Indie choked on a baby-friendly crisp.

Kayleigh said: “It was one of the most terrifying moments of my life – I looked away for a matter of seconds but that was all it took for the damage to be done.

“I felt absolutely helpless – none of us were first aid-trained and so we were just doing our very best.

“She was lifeless, it all happened so quickly but every moment seemed to last hours as we all tried to do something, anything, to help her.”

Hero Robert had learned basic first aid training course five months ago, including how to help a choking infant using the back blow technique.

Robert said: “The technique itself looks quite alarming in the way because you have to hit quite firmly – the first two didn’t do anything so I told the family I was going to have to use a little bit more force.

“The third time, I noticed some kind of change, a little cough or sound, and by the fourth time she came to, and just started to absolutely bawl.

“She looked quite cross with me for basically beating her up in Hanham High Street, but just seeing her come around and hearing her cry was the most amazing feeling.”

With an ambulance on the way, Robert’s next thought was to move his car to clear traffic and allow emergency services to get through to the scene.

Paramedics attended the scene minutes later and took Kayleigh and baby Indie to Bristol Royal Hospital for Children for a full check-up before getting the all clear.

A spokesperson for South Western Ambulance Service said: “We were called on Thursday at around 5.40pm about an incident on Hanham High Street, Bristol. The caller reported to us that someone was choking. A female infant was treated at the scene by our crew.”

Mum Kayleigh thanked Robert repeatedly but wasn’t able to take his details before he left.

Later that evening, both Kayleigh and Robert’s wife posted on Facebook with appeals to their friends to try and find out if Indie had recovered. 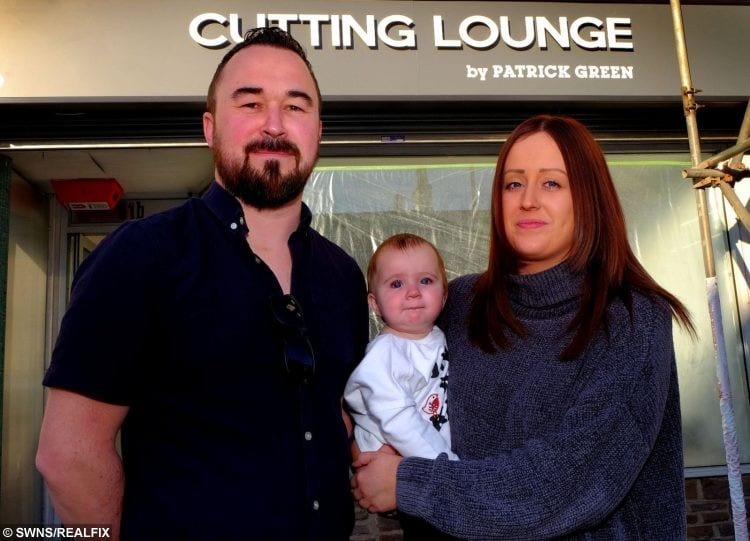 Kayleigh said: “I was just overwhelmed at the time – I said thank you so many times but I just wasn’t in a position to get his details and tell him later how grateful I was.
“It’s awful to think what could have happened. Words can’t describe what he has done for our family.

The experience has led to Robert calling on more people to take part in first aid training so they could help in a similar situation.

A spokesperson for Avon and Somerset Constabulary said: “Our Officers, PCSOs and Detention Officers are all trained first aiders. We offer training courses to staff across the organisation which is foremost to keep people safe at work, but it’s great to see these skills being used to help the public too.”

Couple Living The Dream After Spending £20,000 To Create Their Perfect Motor Home – Out Of An Old Bread Lorry