A mum-to-be feared she would never be able to see her son after she suffered a reaction to false eyelashes – and went blind.

Stacey Louise Ball, who is six months pregnant, feared she would suffer permanent sight loss after losing the ability to see for two days when she had a horror reaction to fake lashes – causing her eyelids to swell and fill with puss.

The 22-year-old has been getting false lashes at the same salon for three years without problem, but because of the heatwave, she went to a closer salon. 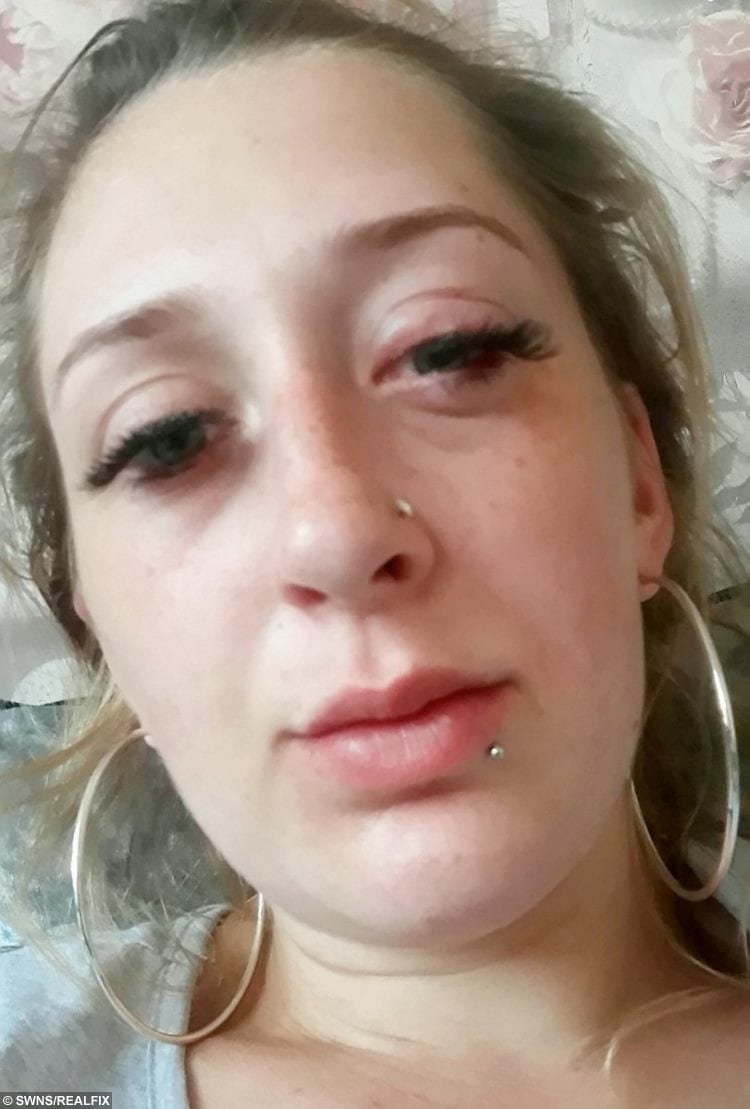 As soon as she got home, her eyes started swelling and she was left with itchy eyes oozing with green gunk – that caused her to completely lose vision in her right eye for two days.

She said: “The heat was just too much for me being six months pregnant so that’s why I decided to try a new place which was closer.

“I thought I would ignore it at first but it got really bad.

“It was really scary and I thought I was going blind.

“My eye was just getting worse and worse.

“I lost my vision for two days and I was getting by with my left eye but everything was so blurry, I could barely see out of it. 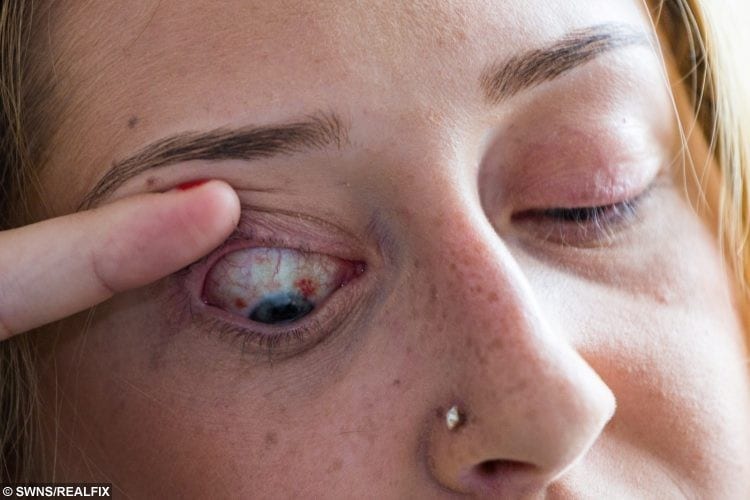 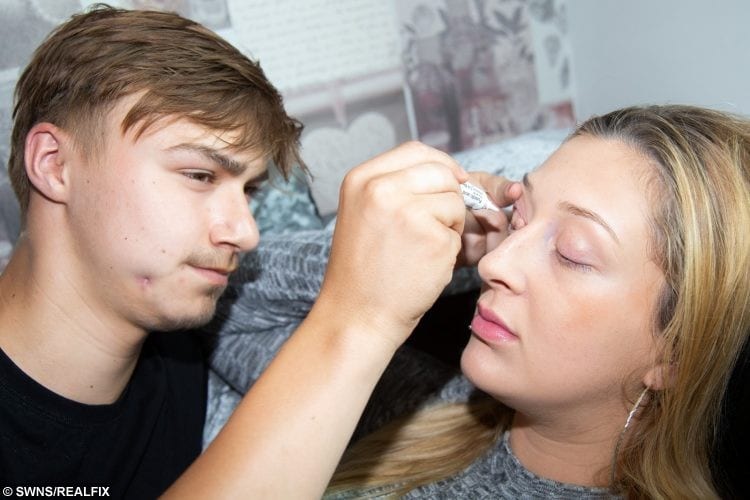 Stacey, from Thamesmead, south east London, paid £23 to have her eyebrows tinted and false lashes put on at Ms Perfect salon on July 19, just a 15-minute walk from her house.

The beautician asked Stacey if she’d had a patch test and because she said she had one at a different shop, didn’t offer her one.

After spending ten minutes on her brows, the beautician left Stacey in the chair while she tended to another customer before returning to take another thirty minutes applying the false eye lashes.

Stacey was surprised when the beautician put masking tape under her eyelids and the false lashes on top as she is used to having them being applied under her lashes at her regular salon in Woolwich, south east London.

She said: “I must have sat in the chair for at least half an hour where the lady took so long to do my lashes.

“In my local shop it takes ten to fifteen minutes maximum.

“It felt different and the eye lashes didn’t feel comfortable.

“The lady got glue in my eye and I remember she was wiping it and it got really sore.”

When she got home, her eyes started hurting and the next morning when she woke her eyes were stuck together and she had to prise them open. 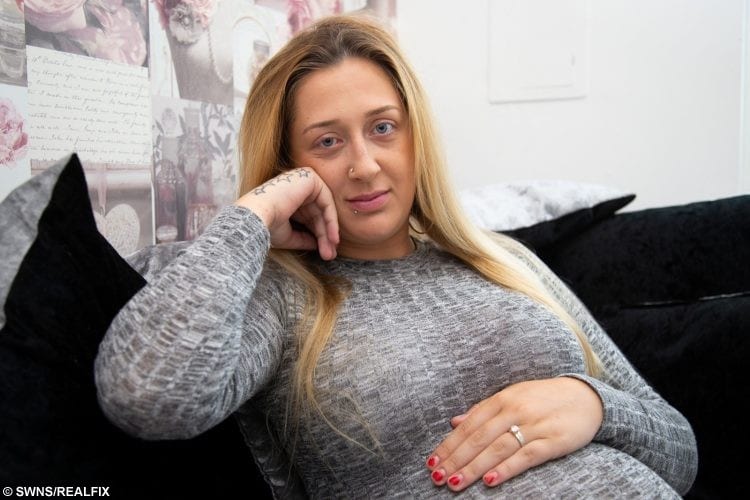 The beauty lover spoke to an emergency doctor who prescribed her eye drops but they didn’t work and she went back to the GP who then referred her to Moorfields Eye Hospital in central London.

She said: “When I thought I couldn’t see, I went to the doctor’s straight away.

“I was waking up with my eyes completely glued together and a lot of gunky stuff was coming out.

“I had severe headaches for three days and pain under my eye and above it and felt ill generally with the heat and the stress and the pregnancy on top.”

Stressed she might lose her eyesight while pregnant and becoming increasingly uncomfortable, Stacey called the salon to complain and told them about the awful pain she was suffering.

But she said the salon denied responsibility.

Stacey is adamant Ms Perfect are to blame and says she has never experienced any issues in the three years she has regularly used New Look’s services.

She said: “I rang the shop and they are putting the blame on the other salon.

“They were rude to me and I don’t like the way I am being treated.

Stacey remains without lashes for the longest period of time in three years and is resting at home where she is being looked after by mum Lisa Ball, 43.

Couple Transform From SUPER SPENDERS To SUPER SCRIMPERS To Eradicate $124,000 Of Debt In Three Years

Couple Transform From SUPER SPENDERS To SUPER SCRIMPERS To Eradicate $124,000 Of Debt In Three Years