A mum-of-one discovered her toddler had a rare and aggressive cancer – after repeatedly noticing one of his pupils was discoloured on photographs.

Student nurse Lauren Barker, 22, first saw a white reflex, rather than common red-eye, shining from her son Frankie’s left pupil when he was four months old.

The mum-of-one didn’t think anything of it initially but the white reflex kept appearing and she raised the issue during a doctor’s appointment in July 2019.

After eight months of consultation, scans confirmed the little lad had cancerous tumours in both eyes and, devastatingly, he was diagnosed with bilateral retinoblastoma in March this year.

Since his diagnosis, Frankie has received laser treatment, chemotherapy and cryotherapy – a treatment designed to freeze tumours.

However, Lauren has been told if the more severe cancer in his left eye advances, the only option may be to remove his eye. 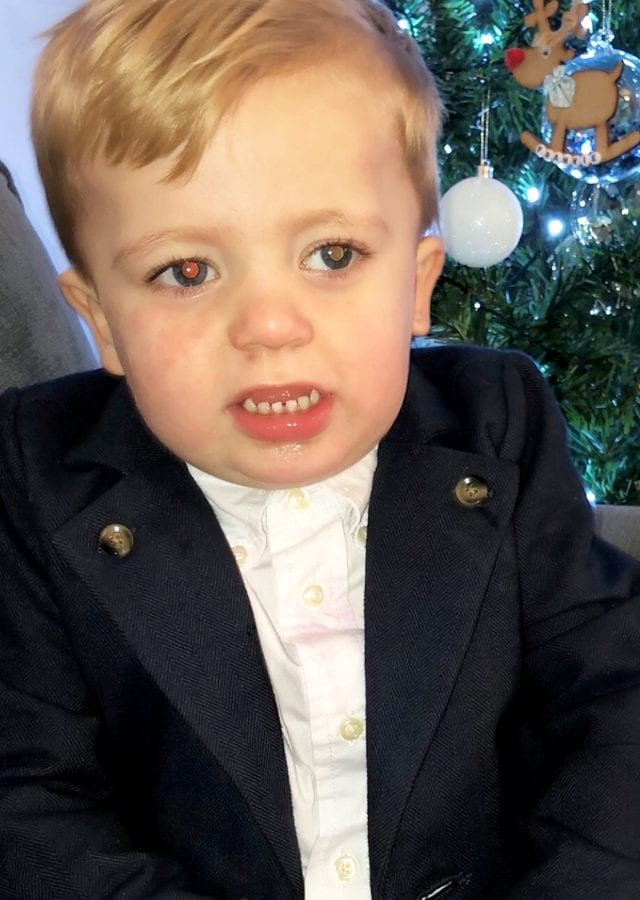 Speaking about when she noticed something unusual, Lauren, from Pontefract, West Yorks., said: “I first saw the white reflex from his eye when he was four months old.

“Frankie’s pupil would show up white compared to other family members in photos.

“But I didn’t think it was anything significant. I didn’t start telling people that he had a glow reflecting from his left eye until he was a bout a year old.”

Lauren had immense difficulty getting Frankie diagnosed because the cancer only affects 45 babies in the UK every year.

She said: “I think doctors struggled to diagnose him because the form of cancer is extremely rare.

“Plus, Frankie looks medically well. You wouldn’t know he had cancer if you saw him.

“But, I knew there was something not quite right as he kept standing on things that were in front of him and he banged his head often.” 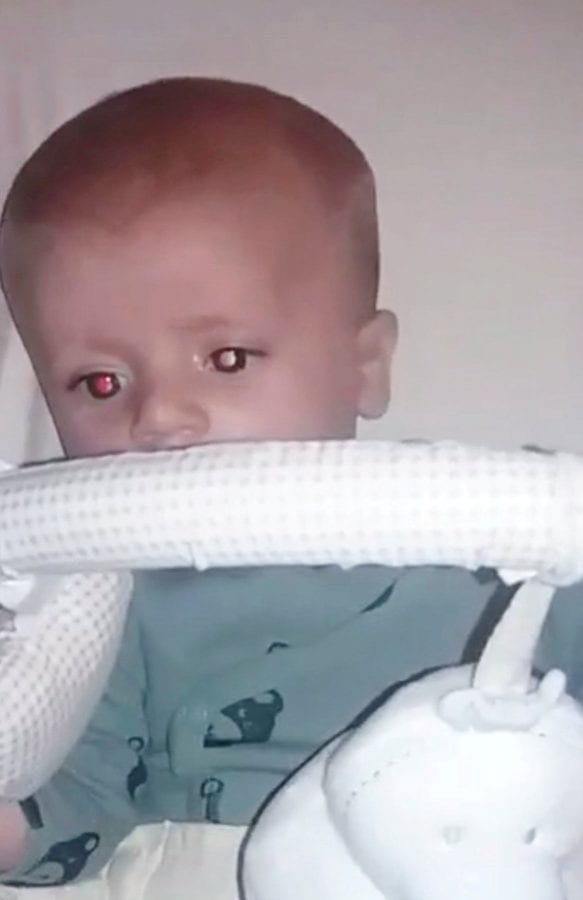 As the cancer is caused by a mutation in a retinoblastoma suppression gene, the little lad is at a greater risk of developing bone cancer and potentially lung cancer in the future.

Lauren is also extremely worried Frankie could become blind in the future.

The heartbroken mum said: “The scary fact is that the cancer is in both his eyes.

“Of course, it’s a horrible situation but if it is one eye, you can accept it as he will still be able to see out of the right eye if the left eye is removed.

“It’s the prospect of having a blind child which you don’t want to think about.”

Lauren hopes Frankie’s vision in his right eye will remain stable so he will be able to continue playing football.

For now, Frankie is just concentrating on his treatments at the hospital.

Lauren said: “I hope the treatments can reduce the tumours or control them at least so Frankie has a bit more of a life.

“Otherwise, if the cancer spreads, it can go through the optic and central nervous system – which is when it will start to spread throughout the body.

“We’re hoping that once the pandemic is over and sheltering is no longer required he can return to playing football.

“The only time now he leaves the house now is to go to the hospital – which isn’t what a two-year-old shouldn’t be doing.” 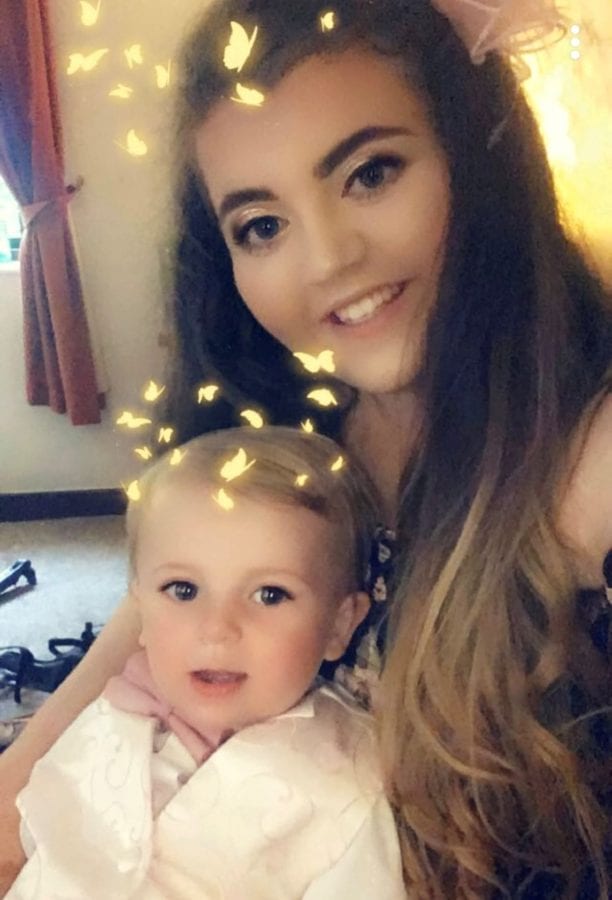 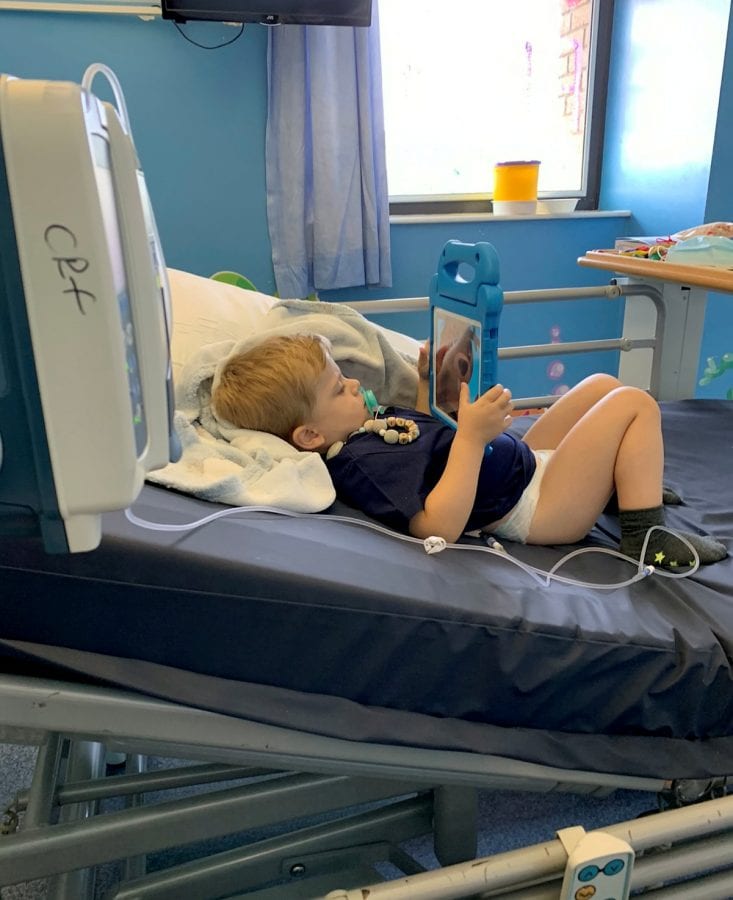 Other symptoms of retinoblastoma include squinting, a change in the iris colour or a red and swollen eye without infection and despite the coronavirus pandemic, Lauren urged parents who notice symptoms to seek help.

She said: “It’s not just a white glow, there are other symptoms of retinoblastoma. If you are worried about your child’s eye, then I’d advise just to get it checked out.

“Coronavirus shouldn’t deter you from getting your child checked out. There are separate areas in the oncologists and you are checked for symptoms multiple times. It’s completely safe.”

“They’ve done everything they can to create the safest possible environment.”

“The longer you leave it, the worse it gets and the tumours can grow.”