Mum refused refund from easyJet despite being diagnosed with breast cancer

Collect photo of Helen Rowland and her partner Alan Smith. See SWNS story SWEASY; A woman has condemned 'insensitive' easyJet who refused to refund her cancelled holiday flight after she was diagnosed with cancer. Helen Rowland, 53, was looking forward to a 10-day break in Turkey with partner Alan Smith when she went to her doctor with chest pains. Days later she was devastated by the news she had a rare type of breast cancer and would need a lumpectomy operation while she was due to be away. Mum-of-one Helen immediately contacted easyJet to cancel her two Ã400 flights to Antalya and asked for a refund.

A mum was furious after she was refused a refund by easyJet weeks before her holiday – despite being booked in for a CANCER operation.

Helen Rowland, 53, was preparing for a 10-day holiday with her partner in Turkey when she started getting pains and went to her doctor.

Days later she was diagnosed with a rare type of breast cancer and told she would need a lumpectomy in two weeks – while she was supposed to be on holiday.

The devastated mum-of-one contacted easyJet immediately to tell them that she needed to cancel her £400 flights to Antalya, Turkey, and ask for a refund.

But although she told them about the operation an “unsympathetic” call handler refused to give her the money back.

The company has since offered her a voucher as a “gesture of goodwill” after being approached for a comment about the incident.

Helen, who lives with her partner, Alan Smith, 69, in Saxilby, Lincs., said: “When I heard the word ‘cancer’, it felt like I had been hit with a hammer. It really knocked me for six.

“They told me I had a rare type, and that they wouldn’t know exactly what it was until they took it out.

“I had been really excited for the holiday. I booked it because I felt like I really needed a rest and I thought I would just chill out and do nothing.

“I was really disappointed when I found out we couldn’t go, and so was my other half.

“When I told easyJet I couldn’t go, it was a woman on the other end of the phone.

“I told her I had breast cancer, but she wasn’t as sympathetic as I thought she was going to be.”

“I guess she was just doing her job, but it upset me that she didn’t react. You expect a bit of sympathy, especially from a woman.

“She put me on hold and came back and said all they could do was offer me a voucher of #127, to redeem within the next six months.

Helen was due to fly out to Antalya, Turkey, from Manchester Airport on October 6, and was supposed to get home on October 16.

But when she contacted easyJet to inform them of the unexpected operation she claims she was told that no refund could be paid if a booking is cancelled more than 24 hours after it was made.

The company’s terms also state refunds are not offered when passengers are “unable to fly owing to any change in personal circumstances, including but not limited to medical grounds”.

She was given a £127 voucher to use in the next six months. 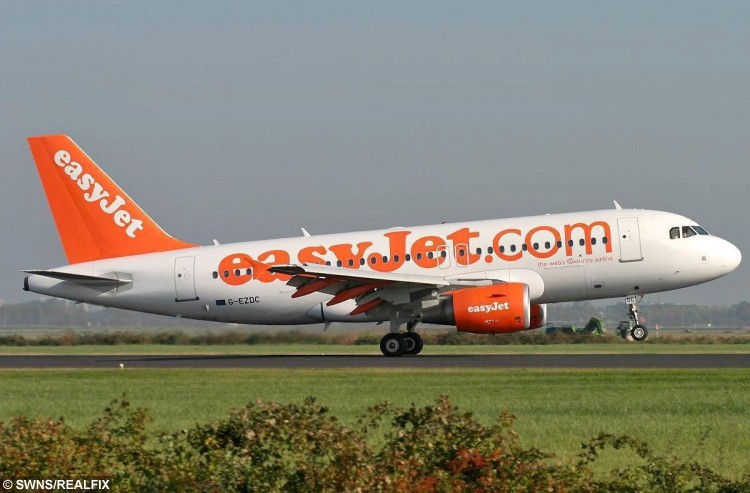 “The holiday company was absolutely fantastic, but easyJet more or less said good luck with that one,” said home carer Helen, who is also due to start radiotherapy in six weeks’ time.

“I was just gobsmacked really. We spent #400 and they have been really insensitive.

“I haven’t spoken to them since that conversation, and they haven’t got in touch to apologise or anything.

“I just think it is disgusting. I offered to send all the papers and everything from the hospital that prove it, but nobody wanted to know.

“It would be nice to have a refund, or at least an apology.”

Now easyJet has backed down and offered her a voucher for the full cost of her flight – but still refused a refund.

A spokeswoman said: “We sympathise with Ms Rowland’s situation which is why, although our tickets are usually non-refundable, we have offered to provide her with a flight voucher for the full value of the trip she is unable to take while she is undergoing treatment (excluding an administrative fee of £13.)

“Ms Rowland has explained that she may be unable to use this voucher in the very near future and as such, given her individual circumstances, we will extend date by which she needs to use the voucher to three years.

“We always recommend customers have comprehensive travel insurance to cover for unexpected circumstances and will always provide a letter to insurance companies when customers need to make a claim.”