Mum who lost her eye to cancer makes custom eye-patches - covered in pirate-style jewels. SEE SWNS Story NNPIRATE; A young mum who lost an eye to cancer has started making eye-patches to boost her confidence - covered in pirate like jewels. Toni Crews, 27, was diagnosed with a rare and aggressive cancer in her tear gland last june after experiencing blurred vision and servere headaches.

A young mum who lost an eye to cancer has started making eyepatches to boost her confidence – covered in pirate-like JEWELS.

Toni Crews, 27, was diagnosed with a rare and aggressive cancer in her tear gland last June after experiencing blurred vision and severe headaches.

The mum-of-two from Deal, Kent, went to the opticians, who noticed strange lines on the back of her eye and sent her to William Harvey Hospital.

It was there she was told she had adenocarcinoma of the lacrimal gland, and had to have her eye removed.

She said: “It’s so rare that when I rang Macmillan for advice, they had never heard of it.

“They had to go through their files to find information to send to me.

“I was told that if the scan had picked up something serious, I would be told within two weeks.

“It was a Wednesday, the last day before the two weeks was up, when I got a call from the ward saying I needed to get over there that day.

“All they had said at this point was that it was a lesion.

“They showed me the MRI and it showed there was a mass behind my eye and the eye was pushed forward slightly.”

Toni says her family said she looked like she had always been crying and her vision was also blurry.

She was referred to Moorfields Eye Hospital in London after the scan in May 2016, and travelled there with partner of ten years Darren Prescott, the next day.

Toni, mum to Charlie, five, and Faith, four, says alarm bells started ringing when she arrived at the hospital and the staff already new her name and her condition.

As a carer, she also picked up on some of the terminology they were using.

About ten days later – on June 25 – Toni returned to Moorfields to have her stitches removed and was given the devastating news that she had cancer.

Toni added: “They warned me that the one in my eye was likely to be a secondary cancer.

“The two weeks waiting for the results was awful but when they came back clear it was fantastic news.” 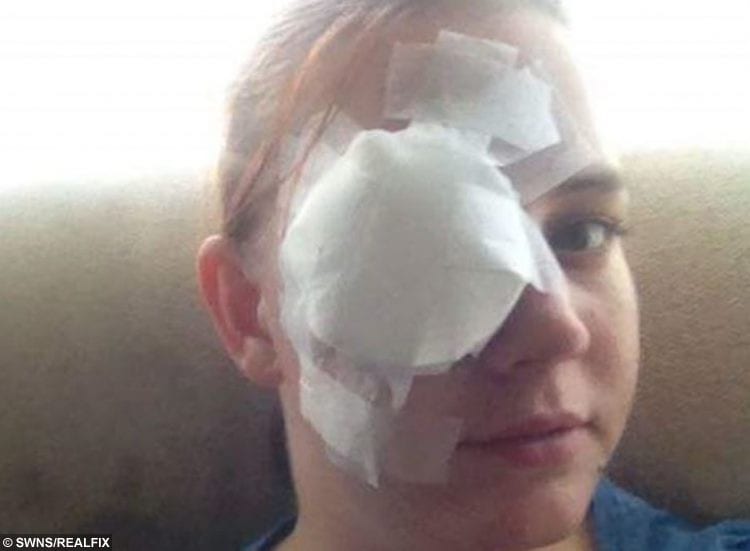 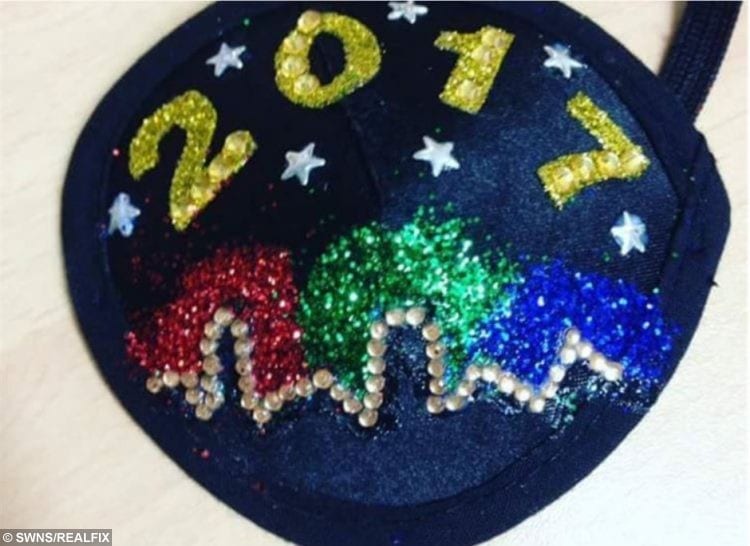 She was offered radiotherapy, but Toni’s oncologist said her best chance of survival came from a full orbital exenteration – removal of the eyeball and the surrounding tissue such as her eyelid and muscles.

The operation was conducted three weeks later but after months of wearing dressings and while waiting for a prosthesis to be made, Toni decided she wanted something to boost her confidence.

She bought a black patch from a pharmacy and decided to customise them before a doctor told her she should start a business.

Toni launched Etsy store Bling-k of an eye, and has since taken orders from as far afield as America.

“I get lovely compliments. I’ve had a few comments from adults like, ‘Oh what have you been up to?’

“But the kids at school are great. They’re fun.

“They love the patches and I get into trouble if I wear the same one twice.”

She makes around one a day, spending up to eight hours on each, and her designs include Father Christmas, Superman, and Darth Vader – a request from her son.

She added: “It’s a good distraction for me, and something to do when the children go to bed.

“My dream is to make a successful business from it, helping people to regain some confidence after surgery, injury or cancer.

“I’d love to be able to give a percentage of my profits to different cancer charities.

“I also want to raise more awareness of rare cancers.”