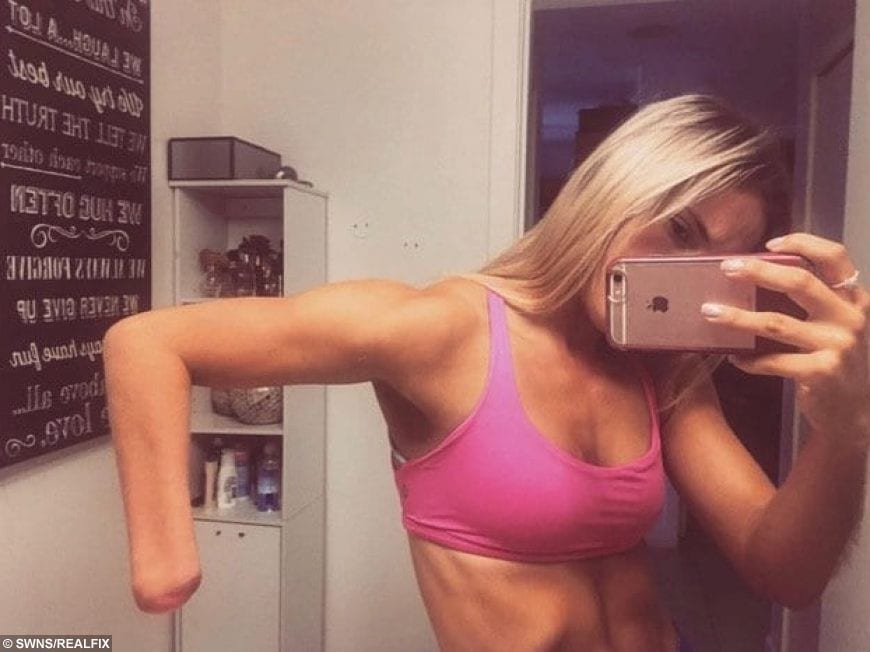 ‘I can’t believe we’ve finally graduated,’ I said to my friend, Sarah*, 17, as we walked out of the school doors.

I had finished high school a year early, as I wanted to pursue my dream of moving to Vancouver, Canada to train as a professional dancer.

I had always been into fitness – and contemporary and hip hop dancing was my main passion.

From the moment I walked into modern and tap class aged five, I’d been obsessed.

I realised it was something I wanted to do seriously when I was around 13 and I researched where all the dance opportunities were, settling on Vancouver.

‘I know, why don’t we all go to the lake for the day to celebrate and kick off our summer break?’ Sarah suggested.

I went home and packed the essentials – my bikini, a beach towel, sun screen and a bottle of water.

Sarah got a group of our friends together and on 30th June 2014 we drove down to Ruby Lake, Sunshine Coast.

We couldn’t have picked a better day for it – the sun was shining and the air was warm, with a bit of a breeze.

We decided to hire a boat, which we could attach an inflatable doughnut to and ride along the water whilst the boat pulled us along.

‘This is going to be so fun,’ I squealed.

As I laid on the boat with my friends, listening to ‘Baby’ by Justin Bieber, as the bright sun beamed down on us amongst the clear blue sky, I wanted to capture the moment.

‘Look at how picturesque this view is,’ I texted my mum, Angie, 56, sending her a photo.

‘Oh wow, how beautiful! I hope you guys are having fun – stay safe!’ she replied.

To cool down, we all took turns on the green ring-shaped inflatable, speeding along the cool and crisp water and the ripples splashed us.

‘Hey, some of the other guys are just on the other side of the lake, should we go over to them?’ Sarah asked.

‘Yeah, why not? Let me just grab the doughnut, as it’s fallen off the back of the boat,’ I said, tugging at the rope.

I reached out my hand and wrapped the rope around my wrist to get a better grip.

But then, the boat began speeding up and I was ripped from the boat along with the inflatable and thrown into the water.

I was plunged underwater and had no idea what had just happened. It all came as quite a shock.

I rose my left hand to wave to my friends to turn around and come get me, but as I did, I noticed my hand was no longer attached to my limb.

I looked at the water, which was coloured bright red and then back at my hand, before it all set in.

‘My hand! My hand!’ I screamed at the top of my voice.

The driver of the boat turned around and my friends helped grab me to pull me back on board.

‘Let’s wrap this swim towel around your arm so we can stop the bleeding’, my friend Sarah suggested, as I freaked out.

I was shivering with fear, as we pulled into where the lake medics were sat.

‘Call an ambulance, now!’ Sarah shouted at them.

Sarah ran back into the lake to search for my hand, which she found attached to the rope, with my ligaments and muscles dangling out.

As the ambulance arrived, I felt numb.

They drove me to the nearest helipad, which was only a few minutes away and I was flown to the BC Children’s Hospital in Vancouver.

‘Kristie, I’m going to need you to stay with me, why don’t we talk about your plans for summer?’ one of the paramedics asked, as I drifted in and out of consciousness.

I began telling them all about my dreams of moving to the city to become a professional dancer, which kept me occupied and mostly awake.

As we arrived at the hospital, they rushed me into theatre, with the hopes of reattaching my hand.

But as they took a look at what was left, they realised that there was too much damage and that it wasn’t safe to reattach.

In that moment, I was scared about my future, but I also wanted to do whatever I could to get the horrific nightmare sorted.

I was lying on the cold, spongy bed, with a room filled with surgeons and I took a look at them all in the eyes, before they placed a mask over my face and put me to sleep.

After a few days, I woke up in a warm and stuffy room in a hospital bed.

My mum was stood next to me, as I tried to figure out where I was and what was going on.

I was still in shock about everything that had happened and couldn’t comprehend it all.

After a further three days, the nurses unwrapped my arm and it was the first time that I had seen what I had been left with.

Although I was shocked at first to see my forearm left, I was thankful that the situation wasn’t as bad as it could have been.

I left hospital after five days and went back to my home on the Sunshine Coast with my mum.

After sitting in my bed for a few days, something clicked in my mind and I vowed not to mope around and give up.

As a 16-year-old girl, it would have been easy for me to throw in the towel and ask for sympathy.

But I was strong and determined to still achieve my dream no matter what.

After one month, I began stretching again, as I began getting hungry for sweat.

After two months, I began dancing again full time and I felt like I was getting back to my normal self again.

I moved to Vancouver after a year and moved into an apartment.

I began a professional dance training programme at the Harbour Dance Centre, as there was the opportunity to begin dancing in shows.

After I performed in my first show, which was the ‘Vancouver Spring Show’ and I was offered a full scholarship in China.

I felt like I was living in a dream, as I never imagined that all of this would happen to me.

After I finished my year long scholarship in China, I came across an audition for a Disney movie, called ‘The Defendants 2.’

After I auditioned, I found out that I got the part of ‘pirate dancer’, which I featured in the second and third film, which gave me the belief that I had a place in the industry.

I decided to set up a social media account, where I could share my story and help other people going through a similar ordeal.

I made a video on the fourth anniversary of my accident, talking all about what had happened which I uploaded to YouTube.

After that my social media blew up and I went from 200 subscribers to over 50,000 within a week – I couldn’t believe it.

My video racked up over four million views and I now stand at 150,000 subscribers.

I don’t shy away from what has happened to me any more.

Even though my accident was life-changing, I wouldn’t change a thing about all I’ve been through.

My life is greater than I could have possibly imagined and I wouldn’t be the same person with my hand.