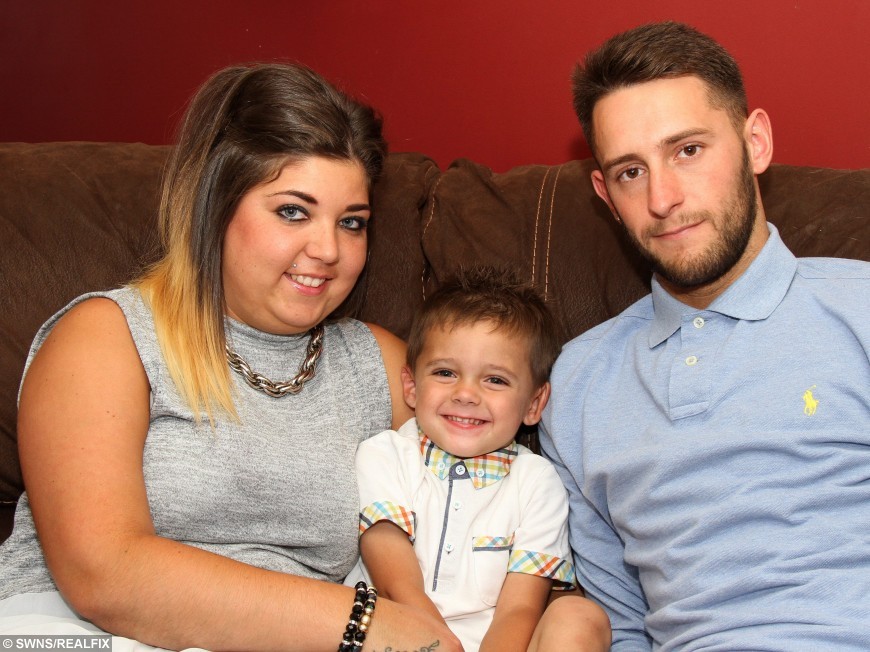 A toddler has never eaten a meal in his life after being born with a mystery condition.

Little Rhys Leyland, three, was born without key signals in his brain that tell his body how to digest food.

He’s the only child in the UK to be given a special pump that he can fill up himself – allowing food to enter his body through two tubes. 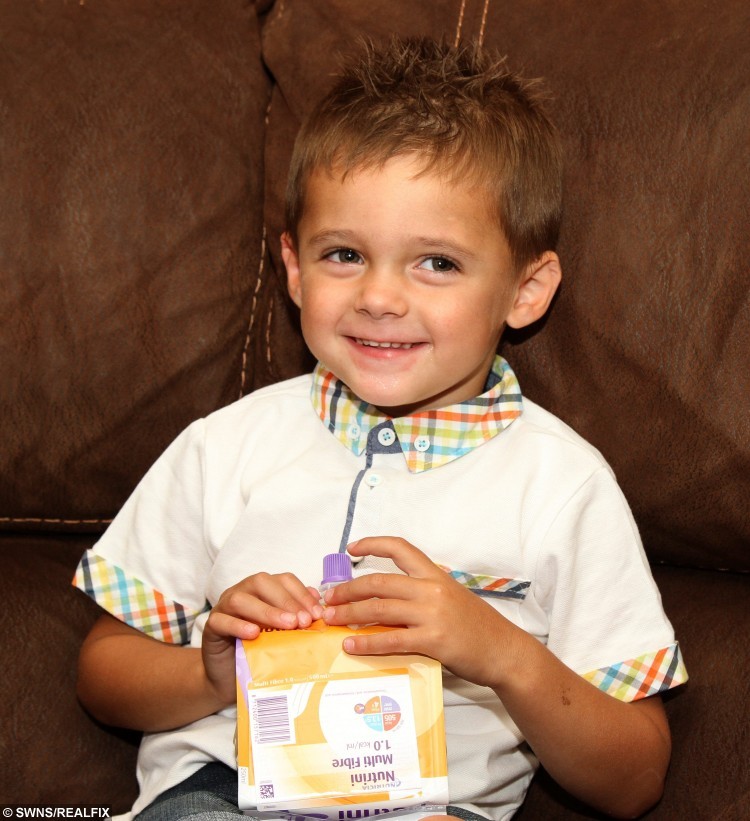 Mum Danielle Owens, who is Rhys’ full-time carer, said: “He is so clever for a three-year-old.

“When his pump beeps he tells me and he knows how to fill it up himself.

He’s undergone 13 operations, but he doesn’t let the illness stand in his way.

Danielle, 23, said: “Rhys has spent most of his life in and out of hospital.

“He can’t eat or drink and has lots of problems with his bowels but they don’t know what is wrong with him.

“All they have said is they think there might be something wrong with the signals in his brain.

“But it doesn’t seem to bother him at all – he just gets on with it and plays with his friends.” 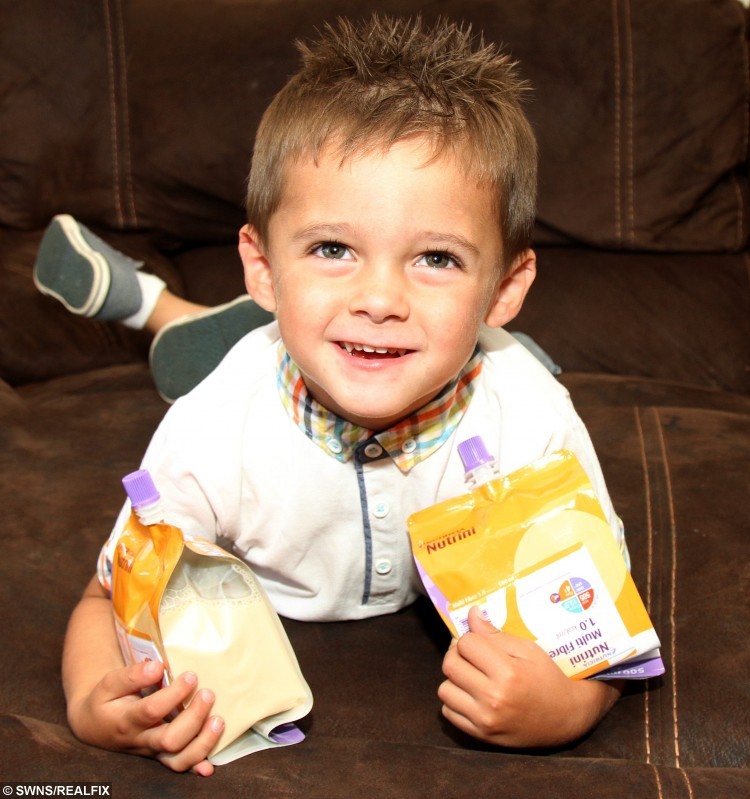 However Danielle and Rhys’ dad Kyle, worry how the youngster will cope with his condition when he starts school.

“The tubes can leak because he’s such an active child,” said Danielle.

“He is just a normal three-year-old and it is really starting to affect his life. He goes to nursery but he rarely goes for the whole day because he will fall ill.

“You can’t tell there is anything wrong to look at him but everyone at his nursery knows him.

“When he starts school it will be hard for him because people there wont know and I am worried that they might pull his feeding tubes or tease him for them.”

« Previous post Check out the photograph that has got EVERYONE talking...
Next article » Bertha the paralysed bunny given second chance to move around again thanks to personalised bunny mobile