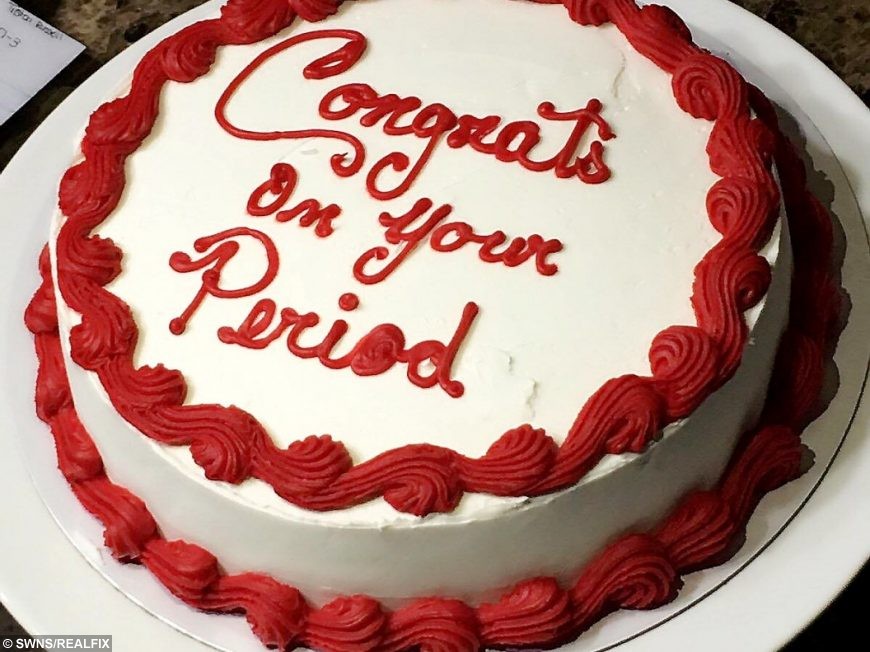 A new craze is set to hit Britain which will see mums throwing ‘period parties’ with red cakes and gifts for their teenage girls – after they first menstruate.

The so-called ‘period parties’ are intended to keep young women from feeling embarrassed or anxious about starting their period. 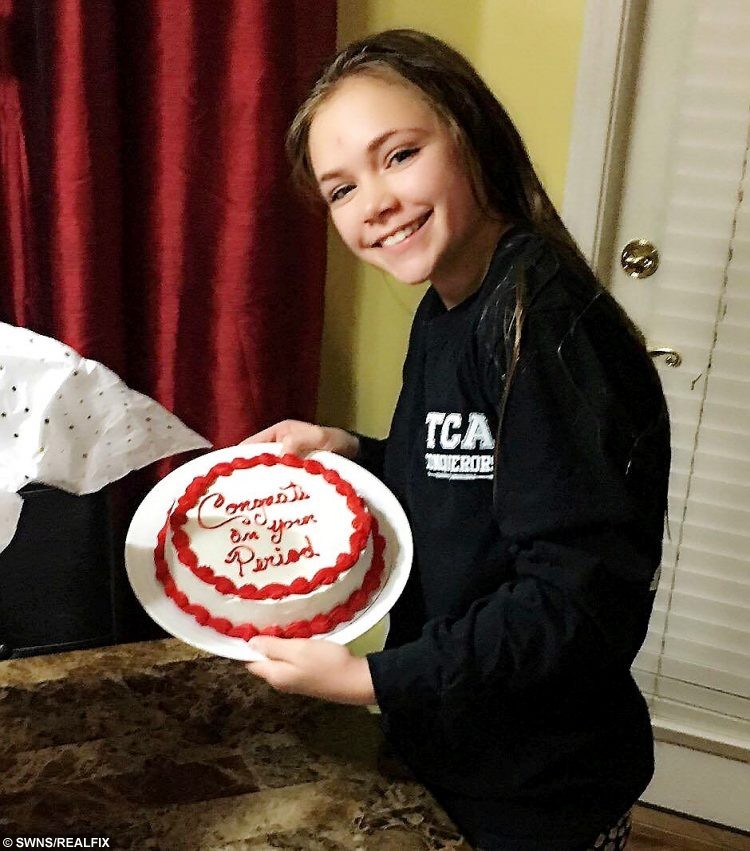 Brooke Lee at her ‘period party’.

Studies show almost half of UK women aged 14-21 are embarrassed by menstruation.

Groups of women across Britain all already holding ‘period parties’ where they discuss menstruation to break the taboo.

But period parties for kids are expected to take off in the UK after taking off in the US.

Mum Shelly Lee threw one for her 14-year-old daughter, Brooke.

Shelly, 46, of Jacksonville, Florida, has spoken out about the event, calling it “a fun thing to do at home”.

The mum-of-two said: “At the time, my daughter had been excited to get her period.

“I had already bought her a period pack and Brooke and her friends were all really excited for the time to come. 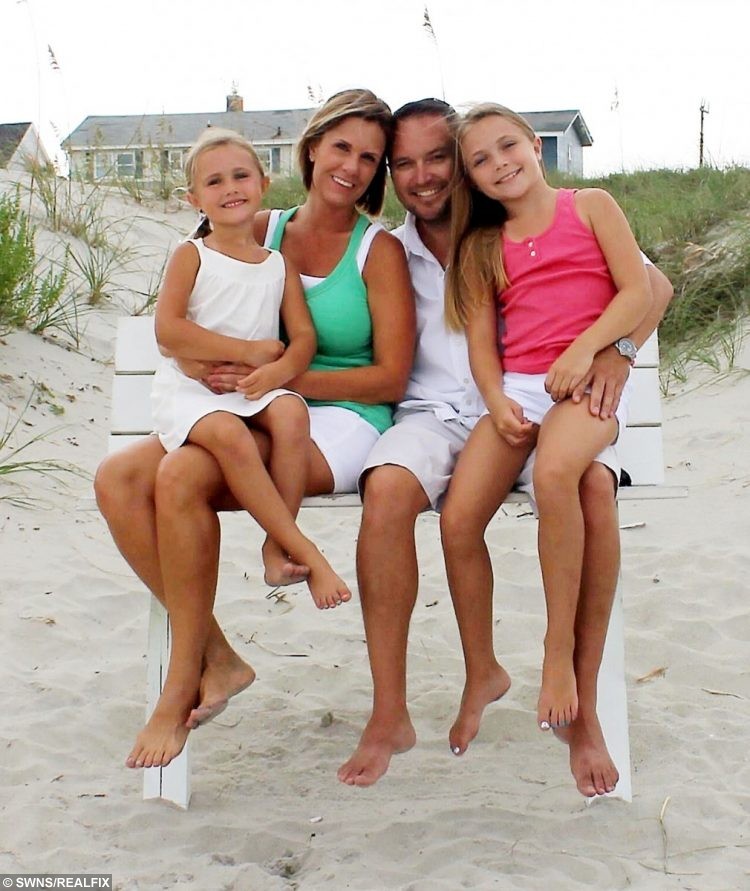 “When it did come I thought it would be fun to have a small celebration. It really was just our family and just a fun thing to do at home.

“I ordered the cake at a local store and when I asked them to write ‘Congratulations on your period’, they laughed.” They even suggested we do a red velvet cake.

“I made her a little pack of everything she might need, tampons, pads, wipes and new underwear. I set it all up while she was in the shower.”

Shelly added: “It’s a big deal for young girls and I think it was an important message to let her know it’s nothing to be embarrassed about. We all go through it.

“It wasn’t an elaborate party at all, just a little bit of fun.

“I am glad it’s becoming more popular, we got a lot of positive feedback when my niece shared the images on social media.

“I think when my other daughter Brynne gets hers we will have to do another party.

“Some people roll their eyes at the idea of a period party but I think it’s harmless and sends a good message to young girls.

“My husband stayed out of it though, I think he was happy to watch football while it was all going on.” 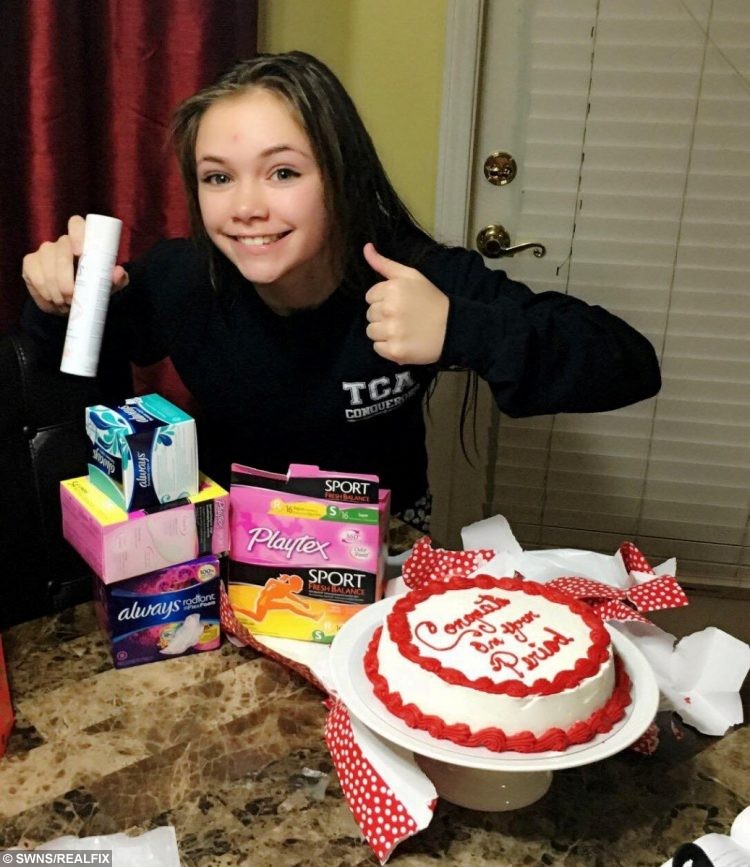 The charities, which raise money to provide sanitary products for asylum-seekers and women in low-income countries, threw the event to educate young girls on all things period.

The groups said: “Over the course of an evening, we’ll cover all you need to know about cups, fannies and periods in a small group of awesome, like-minded babes.”