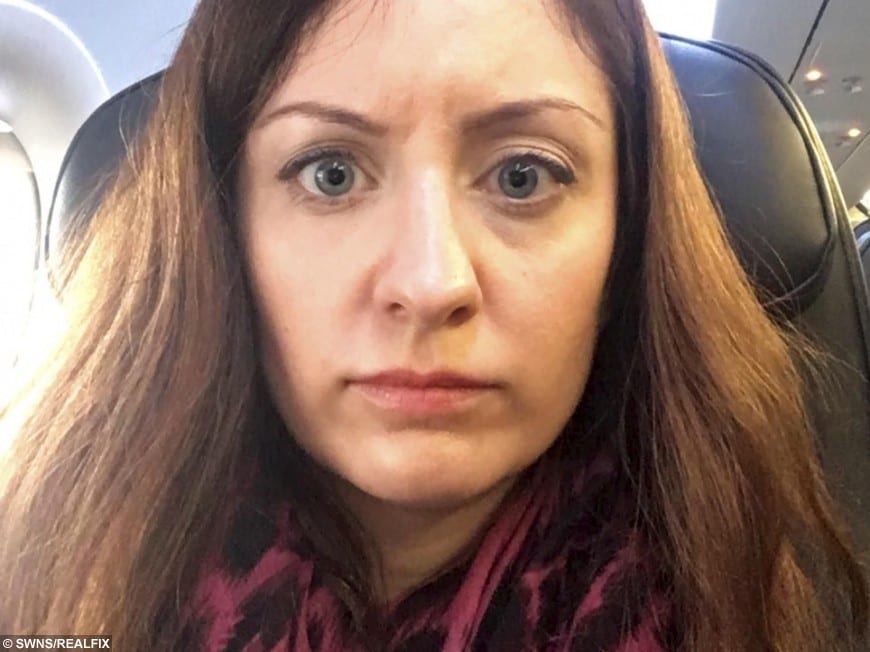 A humiliated new mum lost five days’ worth of breast milk after it was seized by security at Heathrow Airport.

HR manager Katie Langan, 33, had expressed the milk for her one-year-old daughter Layla during a five-day break with friends to celebrate New Year in London.

But as she passed through security on her way home to the Netherlands she was banned from travelling with 10 bags each containing 80ml.

Katie said she offered to check the milk in and suggested other possible solutions like decanting it into approved containers and paying £60 for extra baggage.

Despite pleading with the male staff member for 30 minutes, he refused to budge, saying that the milk had failed security so had to be confiscated.

Heartbroken Katie, originally of Swansea, south Wales, said she was treated with “contempt” and a “lack of respect” and was left in tears in front of queues of people. 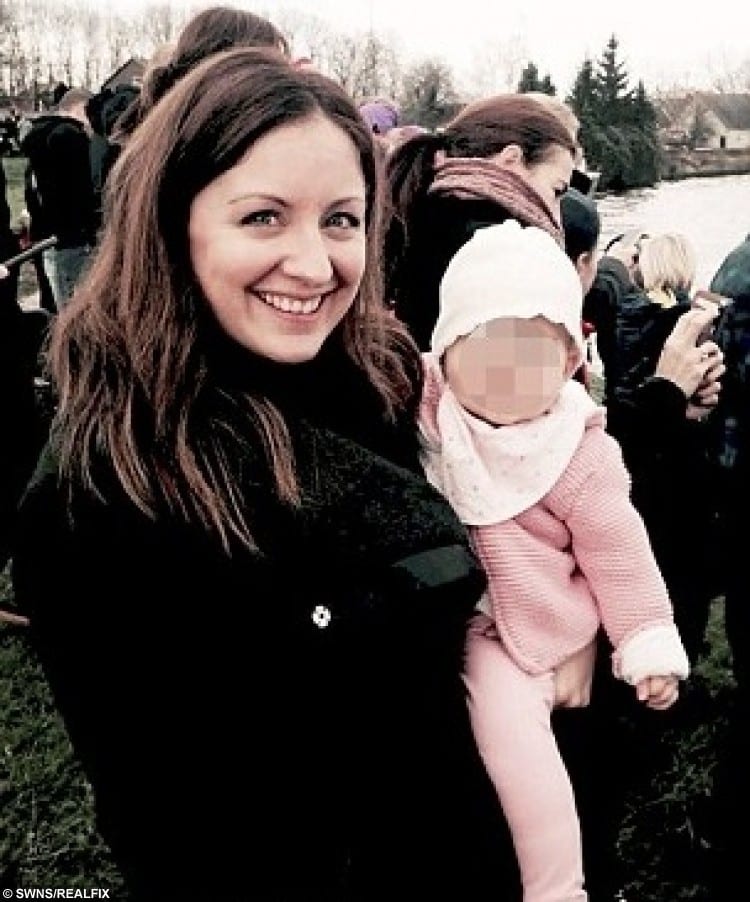 She said: “I was embarrassed and humiliated. I had to explain about my breastfeeding to a man.

“I was totally heartbroken that I had to dump this breast milk that I had put love and time into pumping. It is a chore but it’s a labour of love.

“This means that the next time I go away, my baby can’t have breast milk.”

Speaking after the incident on the afternoon of January 1, she added: “I just don’t want other women to experience what I experienced.

“I was absolutely horrified by the guy’s reaction. I was quite creative in thinking up solutions and thought of a few different ways that I could get around it.

“But he was not willing to help me. It was extremely frustrating.

“It was either stand there and argue with him or miss my flight, which I didn’t want to do because I had been away from my baby.”

While Katie was away she pumped two to three times a day, giving her 10 bags of milk containing roughly 80ml, each of which took around 20 minutes to pump.

If mums don’t continue to express milk when they’re away from their babies, their supply reduces meaning that they cannot produce as much when they return.

Katie added that she has travelled 20 times over the past year for work, through airports including Boston, Istanbul, Bristol, Amsterdam and Edinburgh. 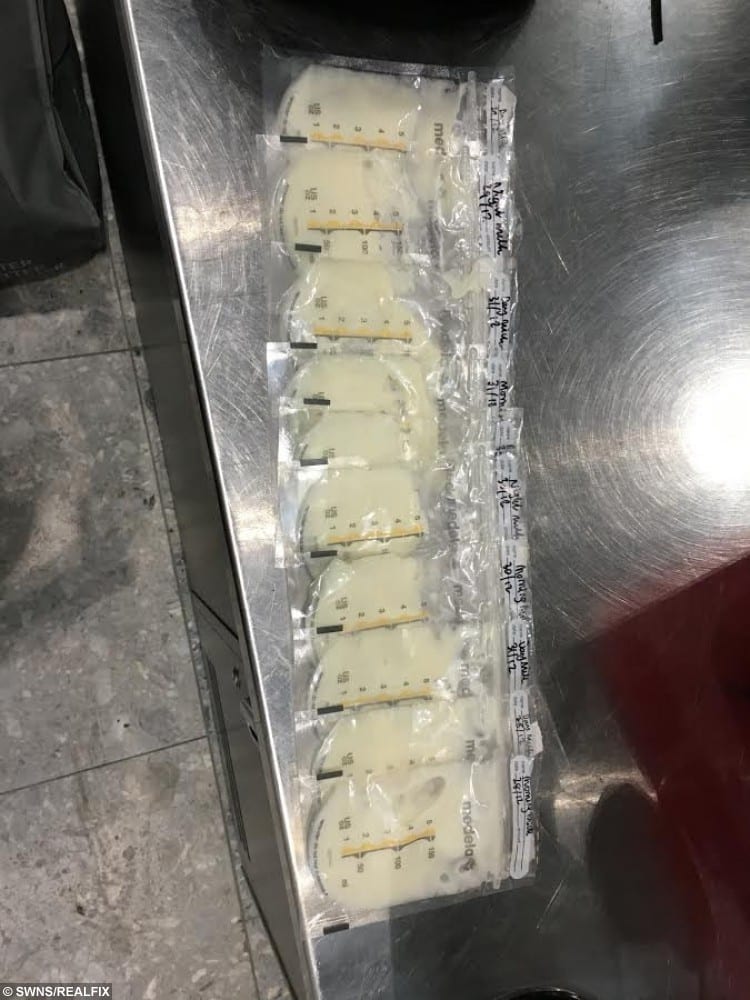 She always carries the fluid in special bags for breast milk which staff x-ray, inspect and swab, and she has never had any problems getting it through security.

Katie, who lives in Holland with her partner Winus Van Asselt, 34, said: “When I arrive at security I always announce that I’m travelling with breast milk to alert them and they usually do separate testing.

“This time as usual I went through the x-ray machine and when I got to the end this man opened up my bag.

“He said, ‘It is above the limit for general liquids.’ I said, ‘Breast milk is exempt, I have done this before and never had a problem.’

“He said he couldn’t understand why I was travelling with breast milk without my baby.”

She said the man handled her breast milk “like it was dog food” and added: “They just don’t care.”

“I received a response from Heathrow but it was just copy and paste bull crap from the policy.”

She added: “Why is Heathrow so much stricter than other airports I have travelled through in Europe and not had a problem?” 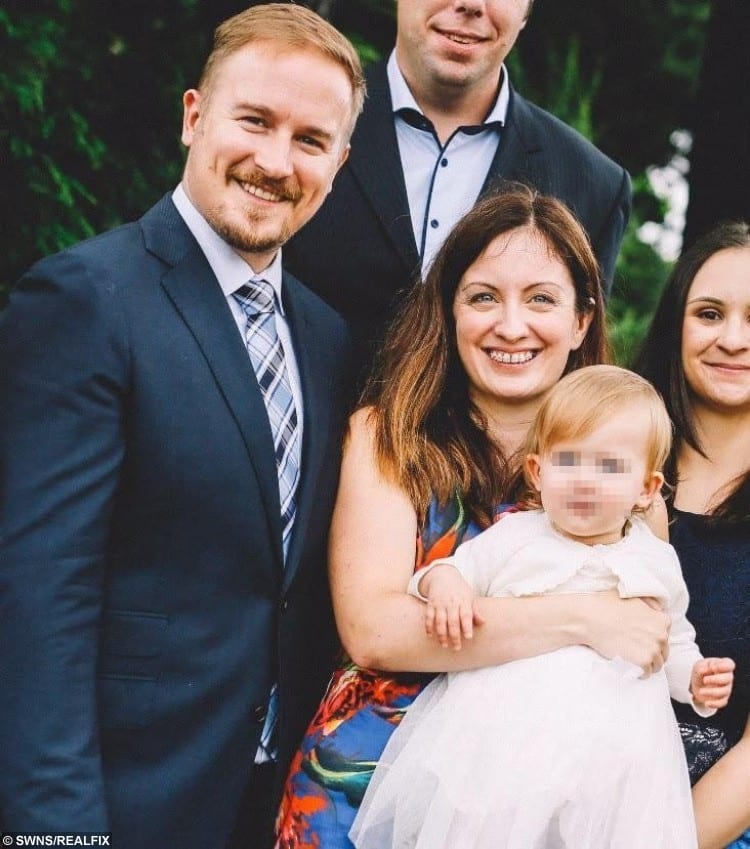 Katie Langan, 33, her daughter Layla, one, and her partner Winus Van Asselt

The current limit for liquids in carry-on luggage is 100ml, with larger amounts needing to be checked in.

Parents travelling through UK airports can take breast milk on a plane as long as they are travelling with a baby or infant, according to the Department for Transport.

Heathrow Airport said that it has a legal obligation to enforce to regulations.

A spokesperson said: “We do appreciate that this has been a frustrating experience for Ms Langan and we always regret causing inconvenience.”

“When travelling without your child, the restriction limits apply without exception,” they added.

“Passengers wishing to transport in excess of that are welcome to do so in their hold luggage.”