A new mum was left gobsmacked when her baby daughter was born with one almost fully-formed front TOOTH.

Bethany Green, 18, couldn’t believe her eyes when little Avery opened her mouth for the first time.

The tot was born weighing a healthy 6lb 7oz on January 16 following an uneventful pregnancy and a short four-hour labour.

But midwives at Blackpool Victoria Hospital quickly noticed something very unusual about Avery – she had one pearly white growing from her lower gums. 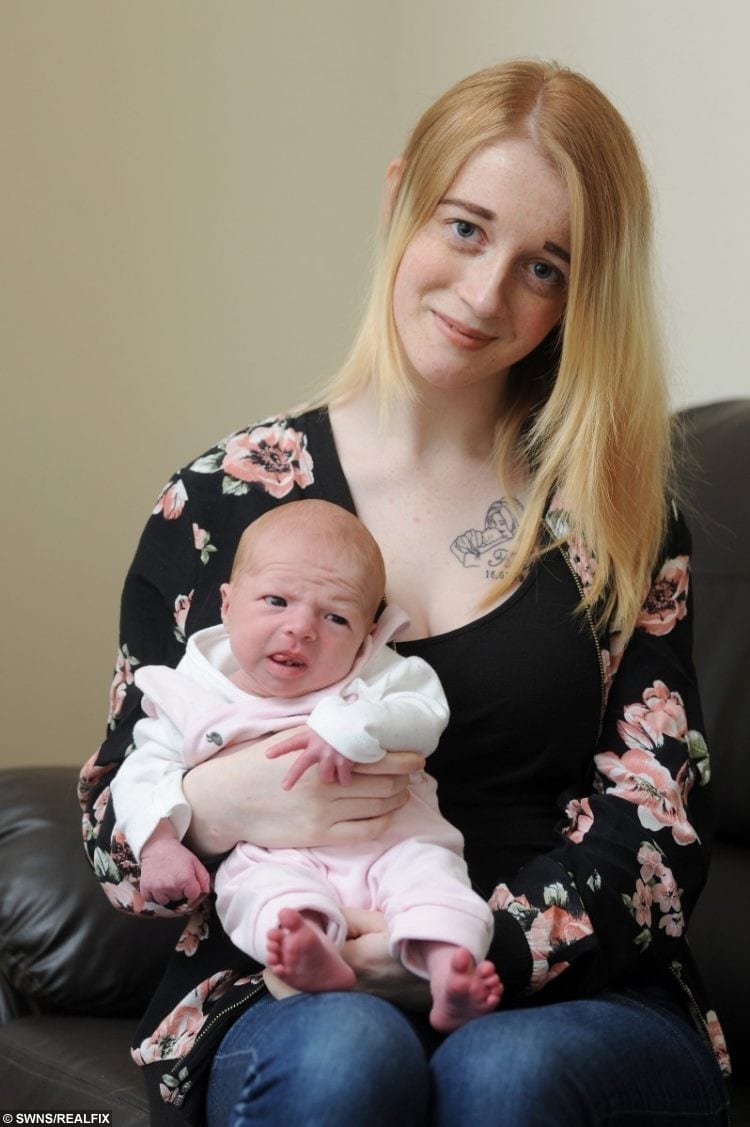 She is due to have her first check-up this week to allow dentists to examine the almost fully-grown milk tooth to determine the best course of action to take.

Most babies get their first tooth between four and seven months of age, however, a small number are born with one or more which are called ‘natal teeth’.

It is estimated that just one in every 2,000 babies are born with natal teeth.

Bethany, from Layton near Blackpool, said: “I didn’t actually realise I was pregnant until I was six or seven months on, so it was very quick. It was just when I started showing.

“She was born with {the tooth} coming out a little bit, and now she’s four weeks it’s properly out. It’s massive.

“A midwife when she came out said she looks like she’s got a tooth’.

“My health visitor told me to get some advice from a dentist and they booked her in for an appointment.

“I went in and they hadn’t seen it before, but had heard of it.

“They wanted me to come into an appointment where a student dentist is there as well so they can learn about it.” 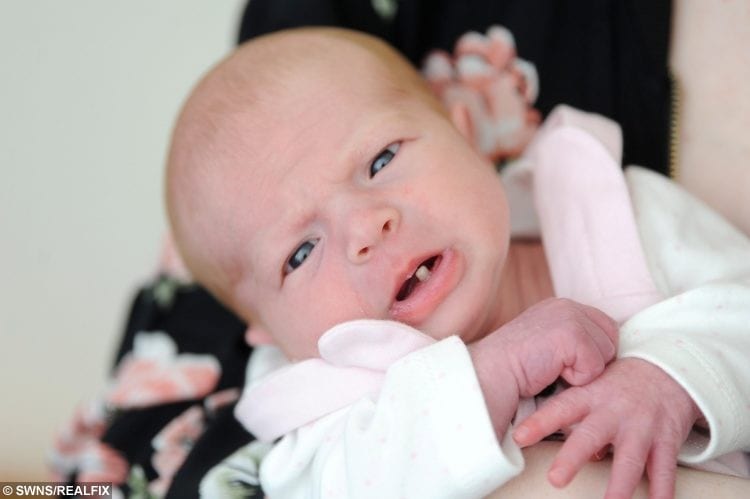 Luckily for Bethany, who is now juggling motherhood with studying a foundation college course in early years learning and a waitressing job, she decided to bottle-feed her baby.

“I planned on bottle-feeding from the start,” she added.

“She‘s a quiet baby. She only really cries when she’s hungry. She sleeps most of the day.

“I’ve been doing work from home and only going in this week.

“This week my mum and dad have been looking after her for me so I can actually do my essays. They love her. They’re very proud.

“Everyone comments on it {the tooth} because they’ve never seen it before. Everyone at work has been taking pictures of her.”

Professor Richard Welbury, honorary consultant in paediatric dentistry at UCLAN, said: “In paediatric dentistry, it’s quite common for us to get calls from neonatal units to say there’s a child born with a tooth, but it may not be something that a general dental practice would see very often.

“There may be more than one; I have never seen more than two at a time.

“They are usually part of the normal quota of baby teeth, but in rare cases they may be extra teeth.

“We do all we can to keep them and help them to mature as normal milk teeth.

“There are three reasons why we would take them out. The first is that they would be a danger to the baby’s airway.

“They may be very loose and there would be a danger that they could come loose and go into the baby’s lungs.

“The second reason is they could ulcerate the underside of the baby’s tongue, and the third reason would be if the mother is breastfeeding and that’s painful.”

Stunned Teen Wakes Up From Coma To Find She’d Had A BABY!

Stunned Teen Wakes Up From Coma To Find She'd Had A BABY!