An ‘exceptionally lucky’ OAP was saved from freezing to death after falling during a moorland hike – by his mobile phone’s fitness app.

Stephen Wright, 70, fell down a hole and lay there for 18 hours with a broken arm until rescuers were able to track him down via his phone.

He had been able to make a phone call to tell his wife he was lost before the battery on his phone ran out on Monday afternoon.

Rescuers were only able to find him the following morning as they were able to establish his last known position registered via the app’s GPS. 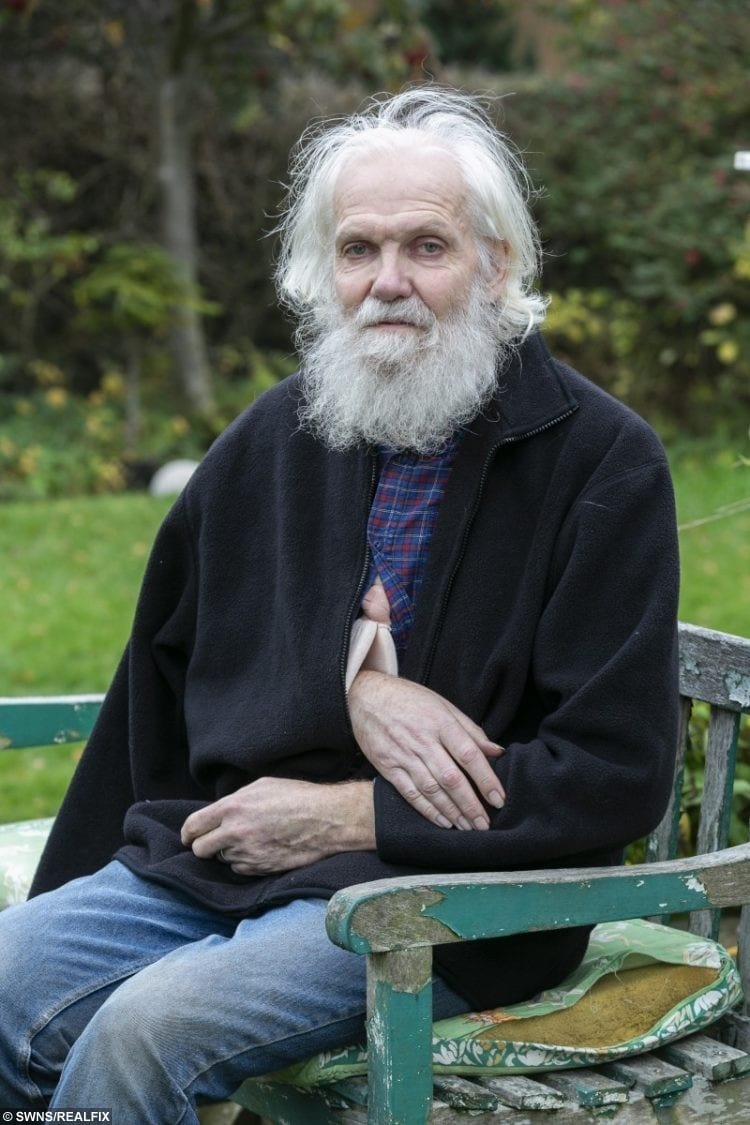 A helicopter hovered over the area, on the Haworth Moors, West Yorks, and identified his location.

The pensioner had been walking when he took a wrong turn and lost his way, leading him to fall down a hole and break his arm on Monday.

He was stranded for around 18 hours while rescue teams desperately searched following a 999 call from his wife Judith, 71. 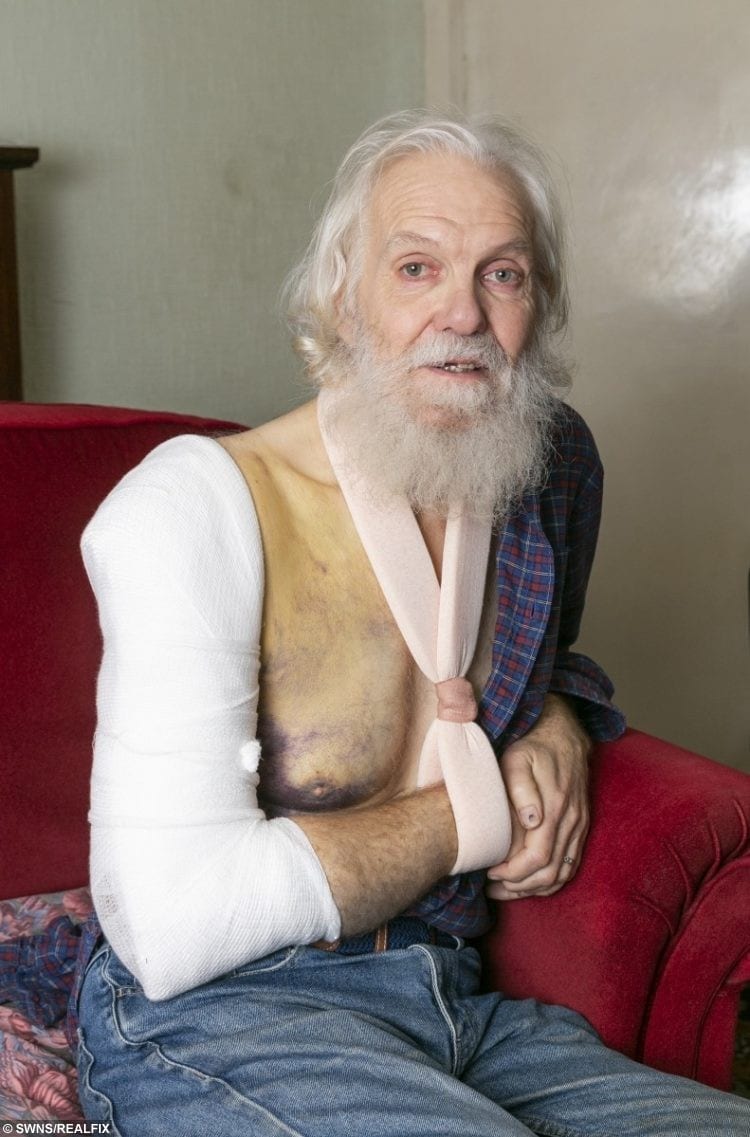 She said: “I called 999 and they took it seriously straight away.

“I phoned Stephen back at once to let him know that I’d called the police.

“He couldn’t see any street lights, people, houses or anything.

“Then he fell in a hole and broke his arm.

“He was very tired and couldn’t keep walking so he lay down, but he was freezing cold.

“He’s had a heart attack before so he takes heart medicine and his medication was overdue.

“I want to say thank you to everyone involved in finding my husband and the police who stayed with me and my son all night.”

Mrs Wright, who lives in Heaton near Bradford with her husband and their 38-year-old son, said Stephen was a very keen walker who normally went out every day. 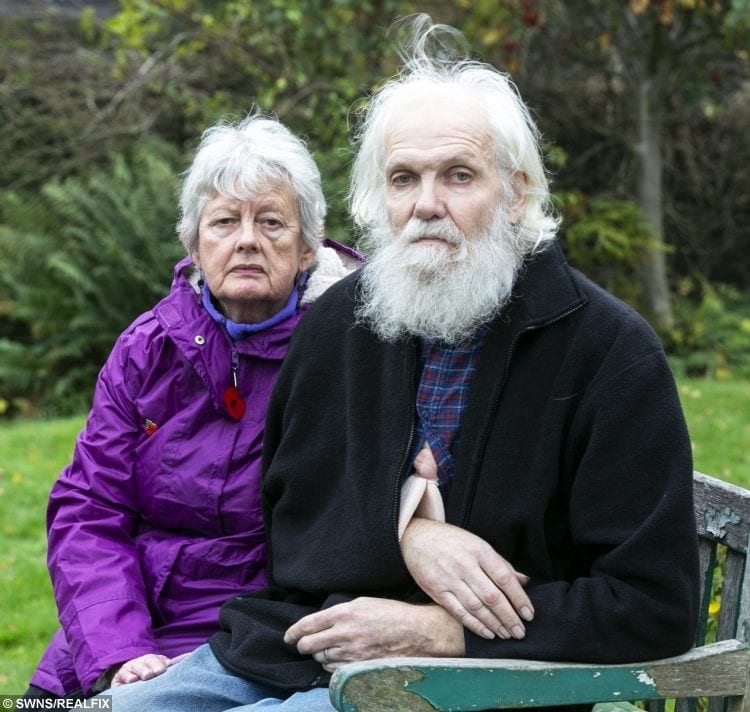 She explained that Mr Wright left home at midday on Monday and called her that evening to say he was lost and his phone was running out of battery.

She and her son faced a nerve-wracking late night and early morning while a major 18-hour search was conducted on the moors outside Haworth.

The news she and her son had been waiting for came well after 11am on Tuesday morning, when they were told Stephen had been found alive.

After he was found Mr Wright was taken to hospital but he was back in the comfort of his own home later that day.

“He was nowhere near where he was supposed to be,” she added.

“I don’t yet know exactly where he was found, but I heard it was somewhere towards Trawden. It was the coastguard helicopter that found him.

“They took him to hospital in Leeds first, and he got back to Bradford later that day.

“His right arm still needs to be checked up on, and he may need an operation on it.”

PC Sam Hollings wrote on Twitter that Mr Wright had been exceptionally lucky as his location services on his phone were mostly switched off except for one app.

He said: “Fortunately enough he had a fitness app running when his phone ran out of battery.

“Digital Media Investigation at its best.”

Mr Wright was found thanks to the Endomondo fitness app, which tracks the route of its users and tells them how far they have travelled.

The information about Mr Wright’s hike had been automatically transferred from his iPhone to his home computer.

An astute police officer who went to see Mrs Wright at home logged on to the family computer to look for clues and found Mr Wright’s most recent location.

Shortly after the information was passed to the rescue team, dad-of-two Mr Wright was found.

Mr Wright, a retired electronic engineer, said: “I use this fitness app on my phone when I go for walks because then when I finish I can see exactly where I’ve walked and how far I’ve gone.

“Luckily a police officer at my house was able to view my progress by logging on to my computer.

“If it wasn’t for the app I don’t think they would have found me.

“I really like technology and I try to keep up with what’s going on.

“It’s situations like this you realise how valuable it can be.”

Mr Wright had only planned to be out for a couple of hours but was well prepared for a winter walk, wearing a jacket, hat and gloves.

He managed to keep sustained with a bottle of juice and two energy bars. 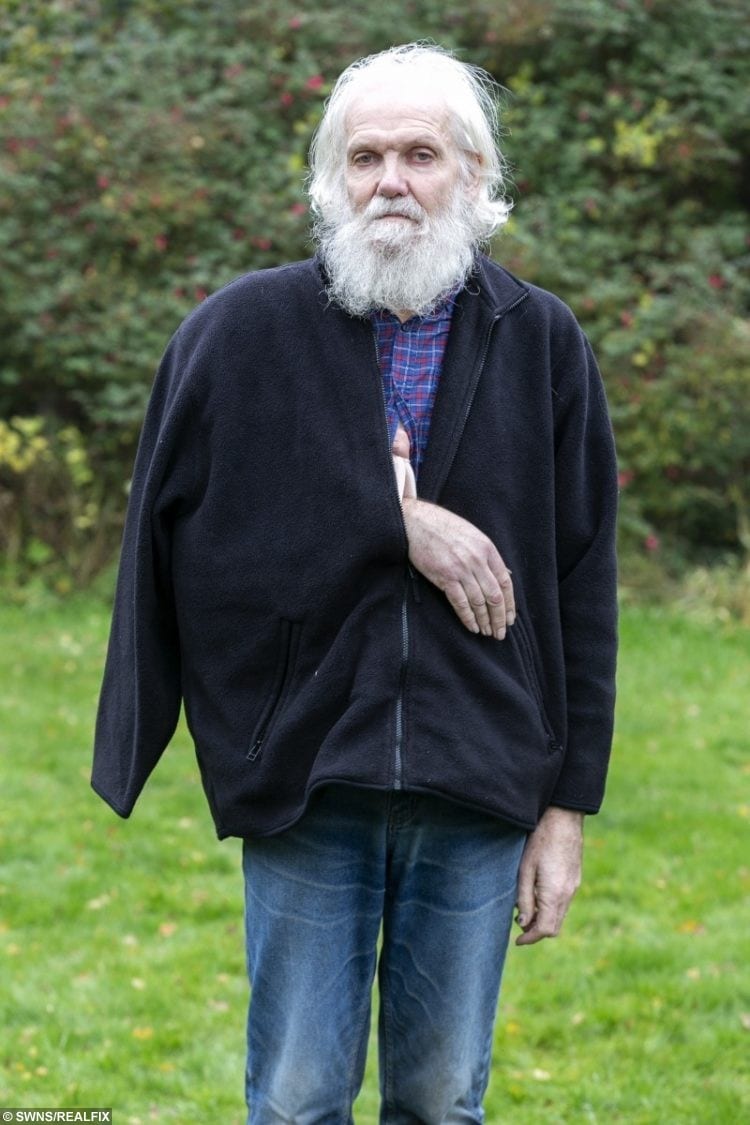 He said: “It was a really foggy day and I was doing the walk for the first time.

“I thought I was on the right path but as the sun started to go down I realised that I should already have got back to my car.

“I obviously took a wrong turn at some point and ended up in the middle of nowhere.

“After a while, it was pitch black and I couldn’t see anything, which is when I fell into a hole and smashed my arm.

“I knew that it was too dark to find my way back so I just lay down and kept out the way of the wind.

“It was really scary, I didn’t know whether or not I would survive to the morning.

“I had no idea if people were out looking for me or not.

“I was shaking from the cold so there was no chance of getting any sleep.

“Once the sun came up I got up and started walking again.

“It wasn’t long before I saw a helicopter overhead and that’s when I knew I would be okay.”