A man with Downs Syndrome has survived FIVE times his life expectancy and celebrated his 71st birthday.

Terry Culley, 71, was given at life expectancy of just 14 at birth and did not learn to walk until he was ten-years-old.

Often people with the condition do not live past their 50s or 60s, but when Terry was born in 1946 the life expectancy was much lower.

Avid film-lover Terry has lived in the same care home for 27 years, at The Laurel, in Swindon, Wilts.

Terry can speak but sometimes needs an interpreter to help communicate.

Care home manager Susie Clavery said: “He keeps active and he has very good care and support, which helps him stay healthy.

“He was really poorly earlier this year and had to spend three months in hospital with sepsis and pneumonia.

“We weren’t sure if he would pull through but he’s back to his old self now.

“He wants to do everything, he’s such a loving and caring guy who’s always eager to help out.

“Terry likes singing, dancing, playing the harmonica and drums, takes part in a fitness class, mows the lawn, and helps care for our vegetable patch.” 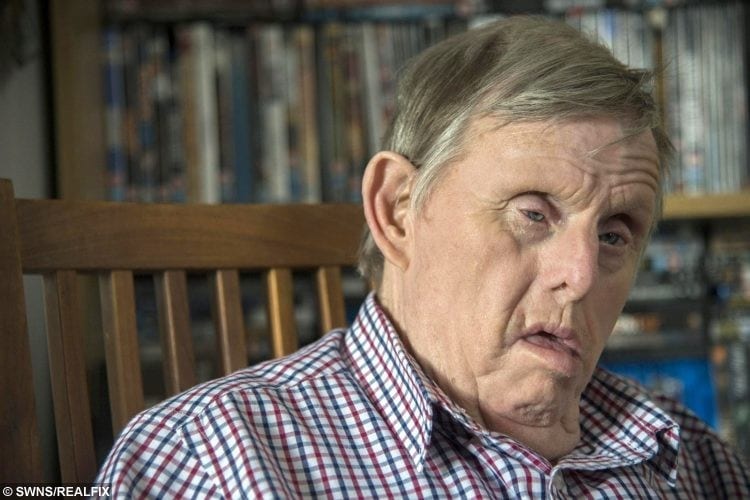 Gabbie Hillier, part of the Laurel’s staff team, said: “I think moving here has really improved his quality of life.”He’s very cheeky, very determined, and has a real zest for life.

“He also loves his films, all those films behind him are his and every his time his brother Eric comes over they watch one.

“He also likes going to the Outlet and walking into town, going on holidays and day trips. Terry keeps fit for a man his age.

“He’s having a little party here with his family, friends and a few surprises in the afternoon.

“We’re hoping to get Salvation Army musicians here because he used to play drums for them.”

Mum In Tears After Cafe Customer Insulted Her For Breastfeeding