Pharmacy refused to serve woman recovering from surgery to reattach her nose – for not wearing a FACE MASK!

A mum recovering from painful surgery to reattach her nose after a dog attack said she was left in tears after pharmacy staff refused to serve her for not wearing a face mask.

Shereen Mawson was trying to buy medication at her local store when a female worker shouted at her for not wearing a face covering, she said.

The 36-year-old has spent the last two weeks at home recovering from a freak dog attack that left her with the cartilage from her nose hanging off and extremely painful injuries to her face.

As a result of the attack by a friend’s pet, Miss Mawson has visible facial scars from the stitching that is still in the process of healing and in a delicate position. 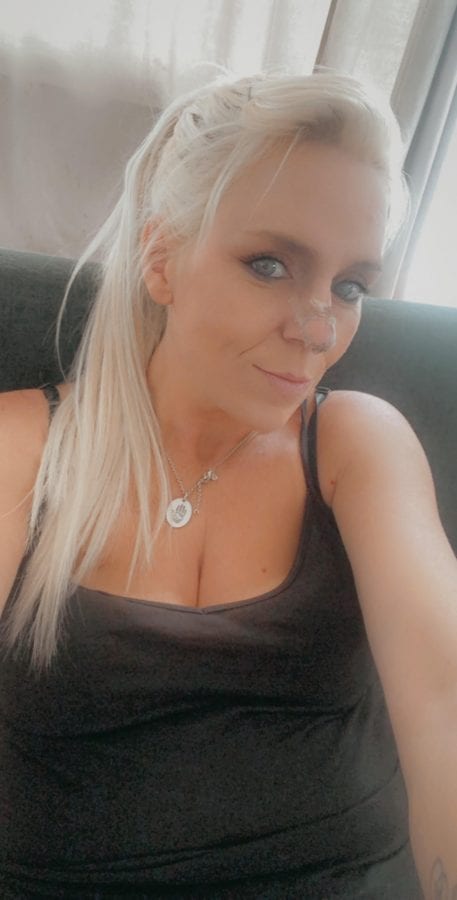 She said her nose is still so sore, it is difficult to wear a mask without being in a lot of pain and is therefore currently exempt from the new face covering law for medical reasons.

The mum-of-four visited a pharmacy near her home in Snodland, Kent, last Wednesday to buy painkillers when she was refused entry.

Miss Mawson said she was left embarrassed and anxious after being accosted by an angry staff member who still refused to serve her despite her medical exemption.

She said: “I walked into the shop and one of the ladies literally shouted at me to get out because I didn’t have a mask on.

“I said I’m really sorry and I tried to explain to her why I couldn’t wear one. My stitches are so visible and she was just so rude I couldn’t believe it.

“She went to her manager and he also refused to let me in but he didn’t even come and see me.

“Then the member of staff said she could serve me outside and I said okay that’s absolutely fine.

“When she found out I was paying by card she then refused me again and at that point I became so overwhelmed I literally bawled my eyes out.

“I was in tears and ended up having a panic attack outside because I was so embarrassed.” 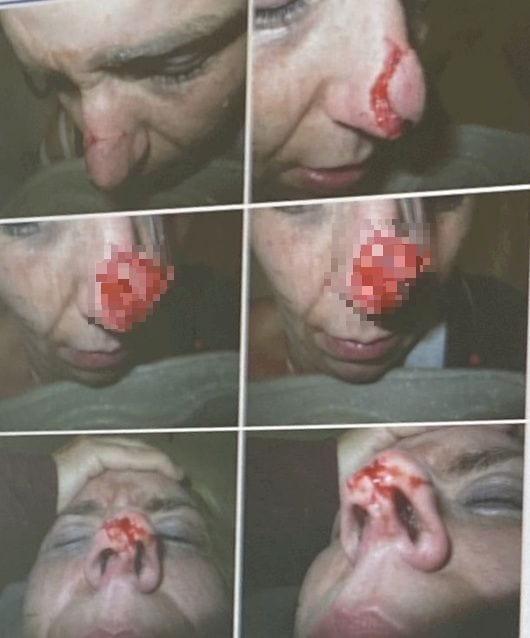 Miss Mawson added that after leaving the pharmacy, another nearby chemist took her in and served her without any problems.

Catts Pharmacy, which is run by Paydens, apologised and launched an investigation into the incident but disagrees with any claims staff were rude.

Miss Mawson added: “Given what my nose looks like at the minute I didn’t really want to go out in the first place but I was in so much pain I had to.

“I’m a quiet person and I have serious anxiety so for that to happen it really knocked my confidence.

“I wish I could wear a face mask because I understand how important they are but I physically can’t have any pressure on it, even the wind blowing on it is quite painful.

“I have to be extremely careful where the hole in the stiching goes, any kind of cloth could have pulled it all off. Even the wind means I have to cover my face with my hand when I walk.”

Miss Mawson said due to her facial injuries she has not ventured out to the shops much.

She added: “I’ve not left my house since that Wednesday. I’ve been sending the kids out to do stuff and even just going to the shops to get food I’m hesitant and would rather wait until someone comes to help me.”

The dog attack happened two weeks ago while Miss Mawson was walking around Leybourne Lakes Country Park near Snodland with her friend.

Describing the ordeal Miss Mawson, who runs a horse livery yard and rescues animals for a living, said her broken nose cartilage was left sticking out after she was bitten.

She said: “My friend’s dog had been attacked by another dog which wasn’t on its lead so I ran over to help my friend clean his wounds and that’s when it happened.

“As I tilted his head to look at the puncture wound I must have hurt him and he bit out.
“My cartilage was left hanging out, it was broken and protruding.

“People have said he should be put down but I’ve known that dog for years and know he didn’t do it on purpose, it was just a quick snap reaction.”

Miss Mawson says the recent events have knocked her confidence so much, she now finds it difficult to leave the house. 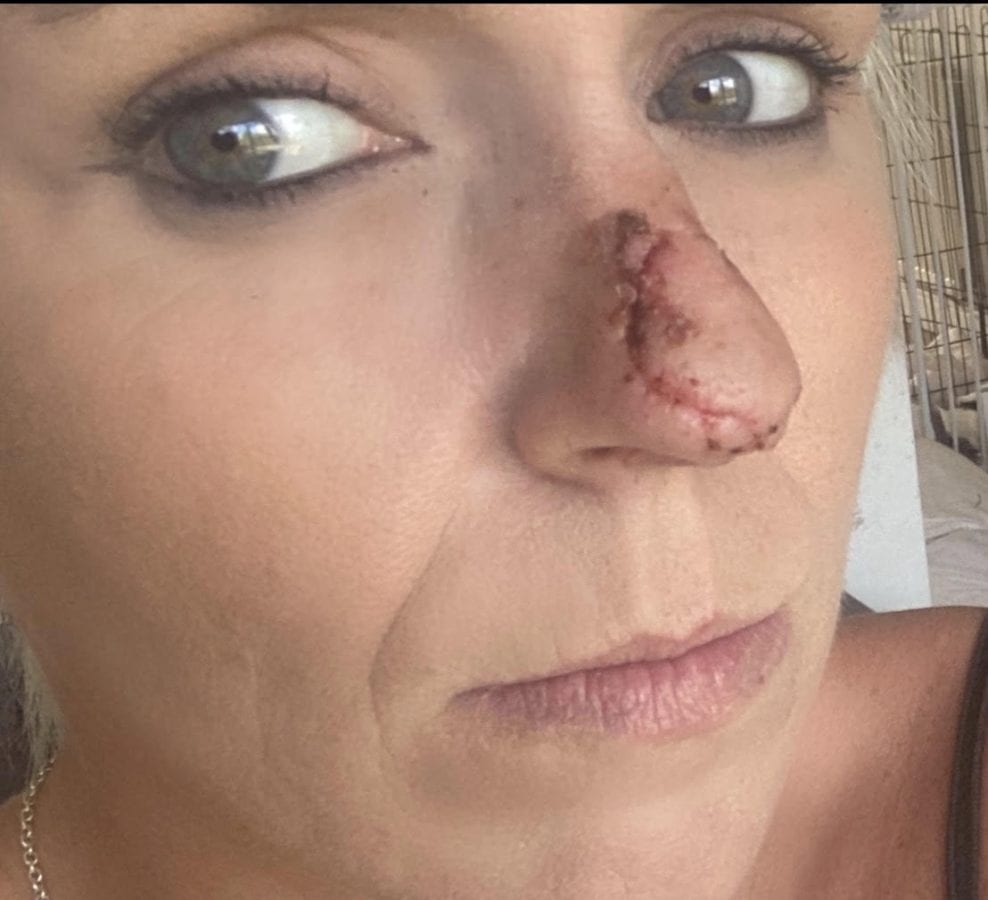 Paydens said that even those exempt from wearing a mask have to wait outside their stores and are served at the door.

A spokesperson said: “Catts Pharmacy are sorry this customer found our service unsatisfactory, in these unprecedented times our front line staff are working extremely hard to do their best for all our patients.

“Whilst there are exemptions from wearing face coverings for certain individuals, our company policy advises staff that any customer not wearing a face covering, whether exempt or not, should be politely asked to wait outside the premises and we will attend to them at the door.

“The reason for this is that despite being exempt from wearing a face covering, we need to protect our staff and other members of the public using our pharmacies.

“Many of the customers visiting pharmacies are vulnerable and need to feel safe whilst in enclosed spaces, and in particular, in healthcare environments. Face coverings are mainly intended to protect others, not the wearer, from coronavirus.

“Our initial investigations into the complaint so far have highlighted a difference in the way this event has been reported and the pharmacy refute any claims that they were rude to the patient.”

I lost my daughter and husband to cancer in 24 hours