A police officer was able to make it to the birth of his baby girl – after his Covid-19 test was fast-tracked and the result came back to show he did not have the disease.

PC Joe Burrows was worried he would miss the birth as he was still waiting for the vital results when his wife Gemma went into early labour.

Joe was distraught when he could not be at her side in hospital because he was displaying symptoms.

He had been tested through Greater Manchester Police but his results were due to take up to 72 hours to arrive – at which point he might have missed the delivery.

Joe contacted Superintendent Andrea Quinton to see if there was anything she could do to help speed the process along.

Supt. Quinton then called the National Testing Programme Team, who pushed his test result through quicker than the scheduled period.

Just eight hours after Joe frantically called Supt. Quinton, he received a negative result and raced to be with Gemma at the hospital.

Little baby Georgiana Burrows was born at 1.50am – just a few hours after Joe made it to the maternity ward.

Joe said: “I was able to head into the hospital to be with Gemma just in time to welcome our beautiful baby girl Georgiana into the world.”

He had been concerned when Gemma said she was in labour, because she was not due for another week. 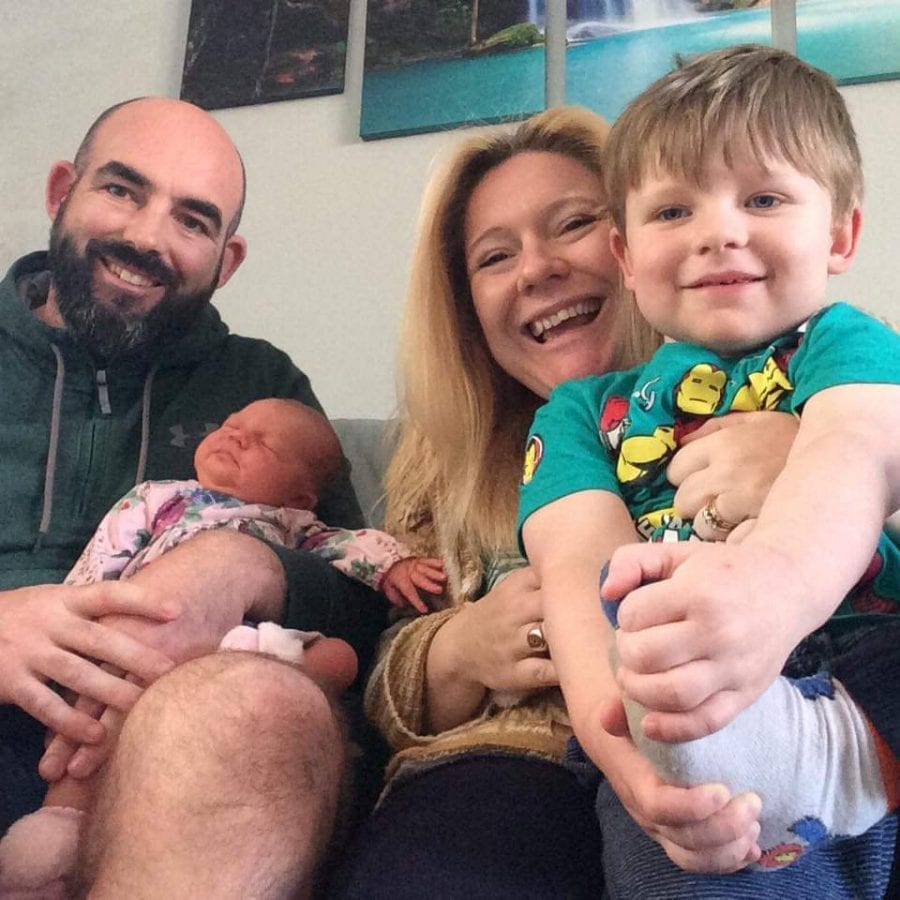 He said: “We already have a little boy Leo, who is two-and-a-half, so I know Georgiana could have come any moment.

“I’m so thankful my results were able to be put through quickly and I could be with Gemma in the hospital.

“At this current time, it’s fantastic to be able to have some positive news to look back on and I’ll definitely be telling Georgiana all about this when she’s older.”

Supt. Andrea Quinton said: “We are extremely fortunate to be in a position where we have the facility to test our GMP officers and staff, alongside members of their family if they are displaying symptoms.”

Joe works as a Neighbourhood Officer for Greater Manchester Police in Bolton and lives with his family in Wigan, Greater Manc.

Department of Health and Social Care Health Minister Lord Bethell said: “This heart-warming story shows another important benefit of mass testing – a huge congratulations to PC Burrows and his family on the birth of their daughter.

“The Government is rapidly scaling up the national effort to boost testing capacity for frontline workers to protect the vulnerable and ultimately save lives.

“New regional testing sites are helping to end uncertainty of whether key workers need to stay at home, meaning those who test negatively are able to return to work.”