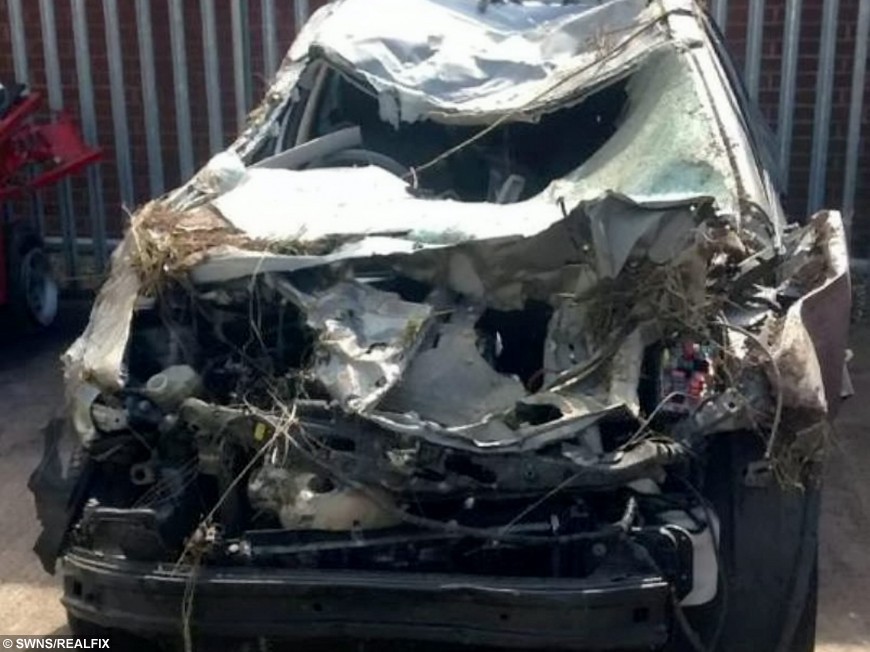 A pregnant woman is lucky to be alive after she survived a horrific crash where her car rolled six times – and managed to walk away unscathed.

Janine McCarthy, 25, was driving to visit her boyfriend when one of her tyres gave way, sending her spinning into the central reservation. 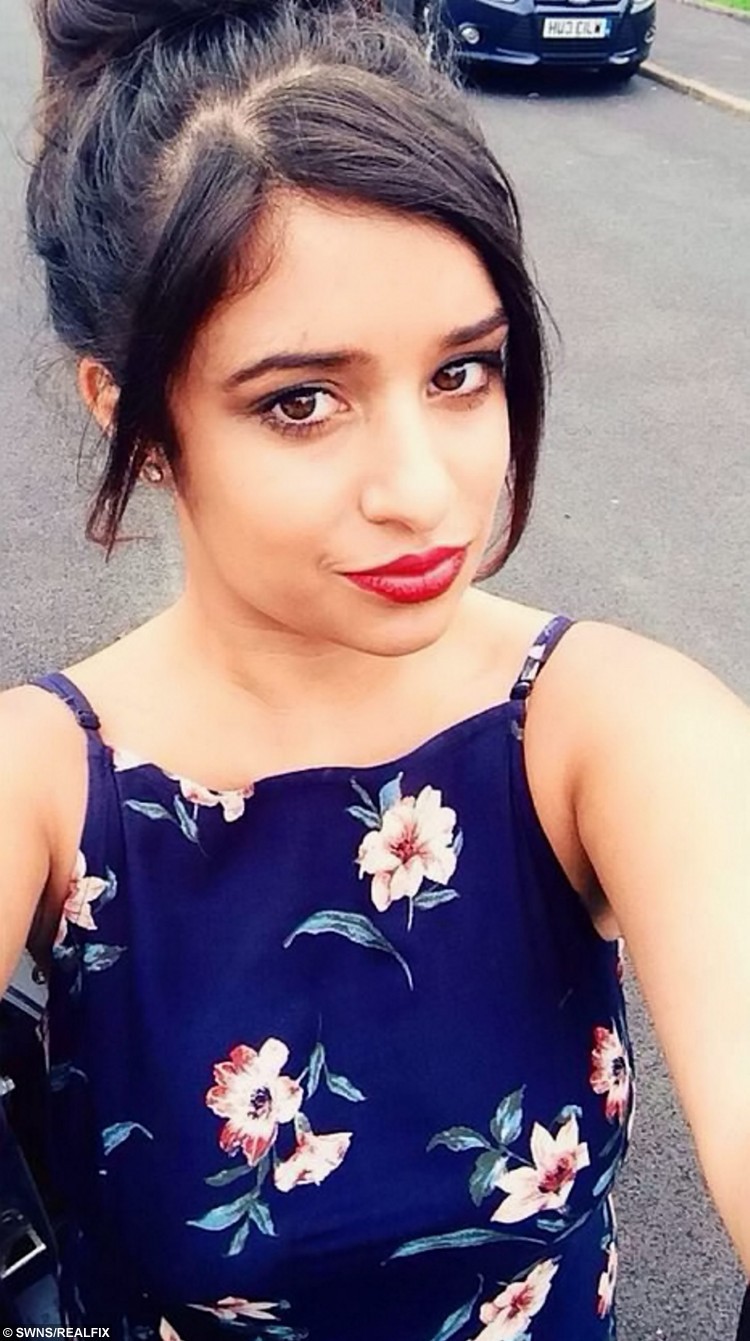 Incredibly Janine walked away without injury

Hitting the central reservation started a chain reaction which saw young Janine’s car flip over, before rolling down a hill and smashing into nearby barriers.

Amazingly she escaped without serious injury, and was able to walk away from the crash with just cuts and bruises.

The crash was so bad, that Janine thought that she was going to die, with her unborn child, as she was oncoming traffic racing towards her as the car spun across the road.

Motorists travelling along the A380 near Exeter, Devon, rushed to the scene to comfort Janine while she waited patiently for the firefighters to cut her from the wreckage. 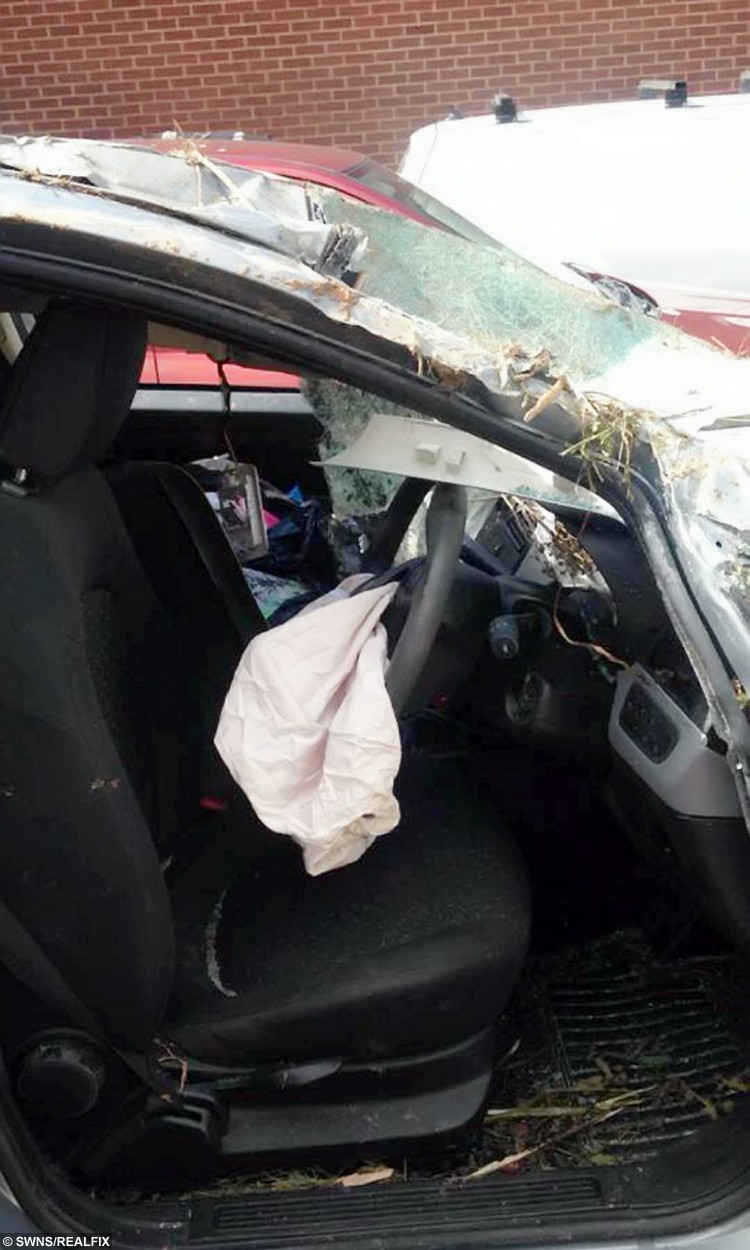 Janine said: “I just can’t explain how lucky I feel and the feeling of seeing my first baby on screen wriggling around is simply amazing.

“I remember the back of my wheels skidding so I applied the brake gently, and as I did this, the car skidded right around.

“As that happened, I could see oncoming traffic so in a panic I broke hard, and it caused the vehicle to tip and start to roll and smash into the metal fencing.

“I originally thought I had rolled six times down the hill, but it’s much worse as witnesses and police have told me I smashed into the barriers, flew to the opposite barriers, and then rolled down into the middle bit of a field.

“I remember my arms being crossed in front of my face with a gap in between to see where I was going and holding my body tight.”

“The air bag went off and nearly knocked me out. I felt dizzy and remember thinking ‘this is it, I’m going to die. Oh my God, this is how I die’, and I said out loud ‘please God, please God no, please’.

“When the car eventually stopped I laughed out of shock that I was okay, and then started screaming ‘help me’ as I noticed all the blood everywhere.”

Janine was then taken to Royal Devon and Exeter hospital for checks before she was released with a clean bill of health. 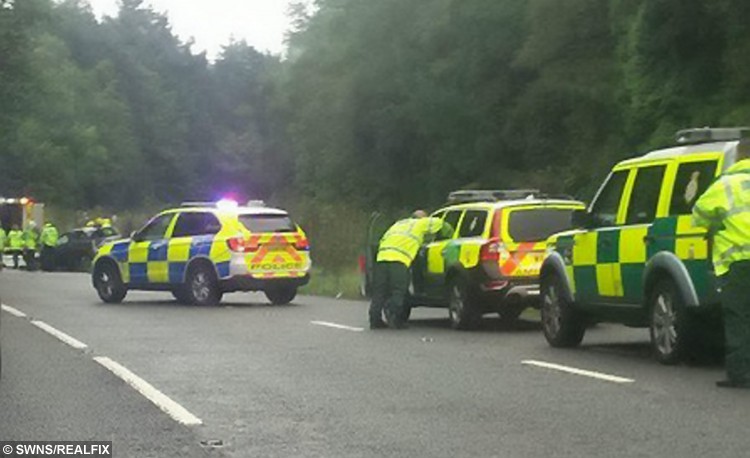