A mum who gave birth to her baby three months early has told how she was so tiny when she was born – doctors put her into a Tesco SANDWICH BAG to keep her warm.

Adorable Pixie Griffiths-Grant weighed just 1.1lbs when she was delivered by emergency C-section at 28 weeks – but her weight quickly fell to less than 1lb minutes after birth.

Straight away, she was bundled into a see-through sandwich bag – emblazoned with the TESCO logo – to stop her body temperature dropping any lower.

Lighter than half a bag of sugar and smaller than her mother’s hand, the baby girl was rushed to intensive care, where doctors expected her to survive for less than an hour. 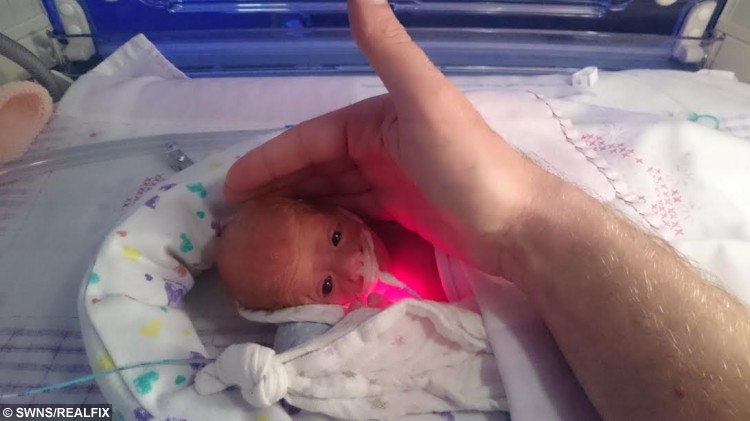 Miraculously, tiny Pixie – so-named because of her size – defied the odds and is now at home and thriving, five months on.

Mum Sharon Grant, 37, said: “As soon as she was born, they gave her a little hat and put her straight into the bag to keep her body temperature up.

“After that they wrapped her in bubble wrap and got her straight to intensive care.

“It was so random that they had her in the Tesco bag – it must have just been what the operating theatre had at the time.”

Sharon, of Goonhavern, Cornwall, was forced to give birth three months early after scans revealed her unborn baby had stopped growing in the womb at just 20 weeks.

“I was in and out of hospital for eight weeks being scanned constantly to see if she had grown, but she put on about 20g in those eight weeks.

“It was so scary having to get her checked all the time and I had all the doctors telling me all this bad news. It was awful. 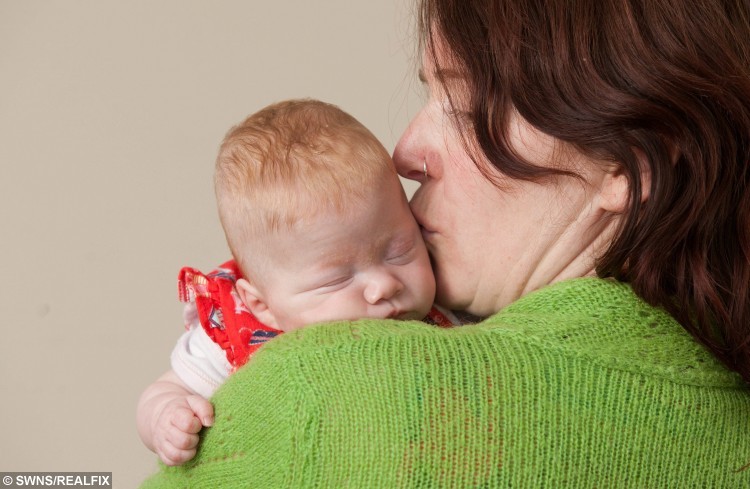 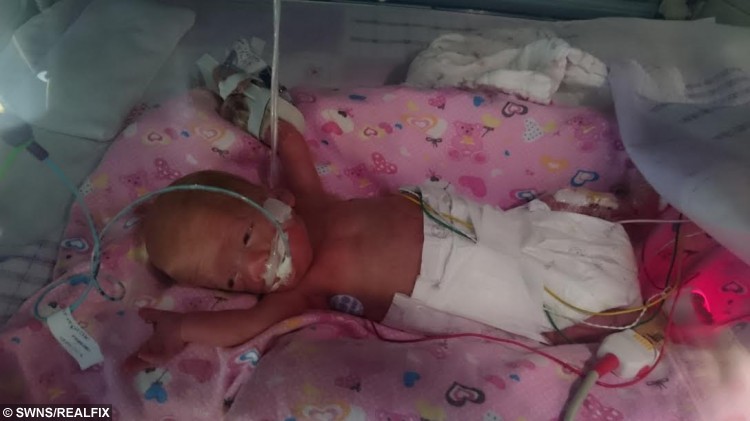 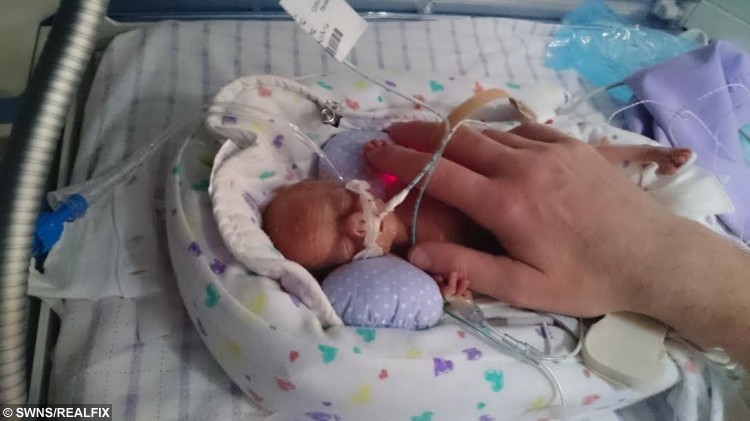 “They wanted to get her to a certain weight before they delivered her, but she wasn’t growing to that size.”

At about 6pm on May 11 – 28 weeks into her pregnancy – doctors told Sharon that she needed to have her baby that day.

She was transferred from the Royal Cornwall Hospital in Truro for a specialist caesarean delivery at Derriford Hospital in Plumouth, around an hour and a half away.

But when she arrived, her blood pressure was so high that she was told it would be too dangerous to operate – so she listened to Ben Howard, which helped bring it down.

She said: “There was no way she would have survived normal birth so they had to do a C-section.

“They thought they wouldn’t be able to find her in my body and would have to do two cuts to try and get her, but luckily they only had to do one.

“The moment she was born they put her in a Tesco sandwich bag to keep her warm because she was so tiny and carried her off to intensive care.”

“I couldn’t see her from the angle the incubator was at but I was told she had her eyes open. In photos she looks so small.

“I didn’t get to see her for about six hours because I had to go into recovery, but when I was well enough they wheeled me down to the intensive care unit.”

Pixie was kept in an incubator for three months after she was born. Sharon was not allowed to cuddle her for 18 days, because every time she was handled she lost weight.

After that, she and Edward, Sharon’s former partner and Pixie’s dad, could only give her a cuddle for an hour every other day. 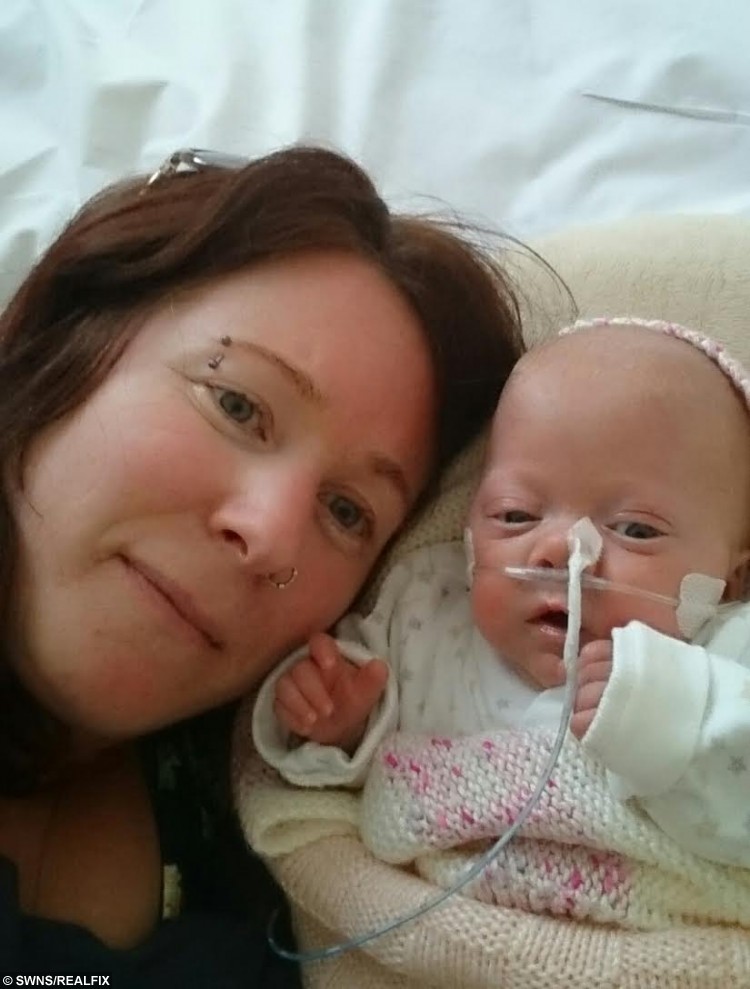 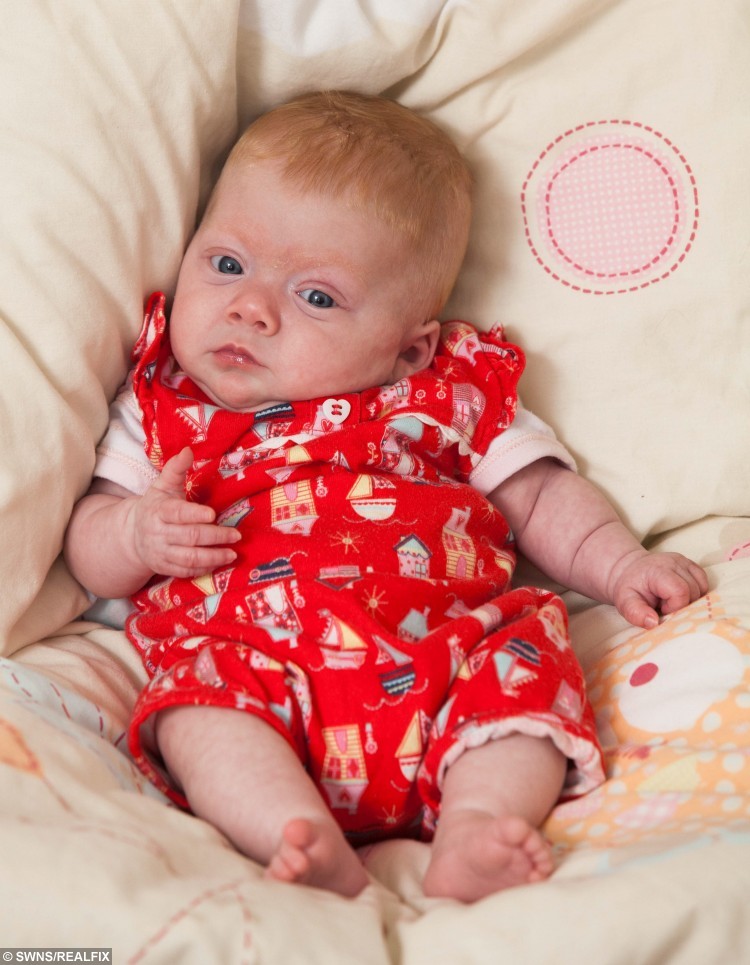 Every time she had a blood transfusion, eye tests, a drip put in or bloods taken, Sharon and Edward were not allowed to handle her for another day as she needed her energy.

“It was amazing that she survived, but it was truly traumatic,” said Sharon.

“She really did live hour by hour for about three weeks.

“She got a stomach infection, a urine infection and had about 10 blood transfusions over those months, and even had to have a lumber puncture.

“She kept being sick when they gave her milk and every time she was handled she would lose weight.”

It was not until Pixie was around two months old that Pixie began gaining strength.

Still hooked up to oxygen and a feeding tube, she was transferred to the Royal Cornwall Hospital, where Sharon could pick her up and cuddle her whenever she liked.

In September, Pixie had to go to Bristol Children’s Hospital for an operation, because she had two hernias.

But earlier this month, aged five months and weighing 7.5lbs – the same weight as a newborn – Sharon was allowed to take her baby girl home for the first time.

Amazingly, tiny Pixie – who looks as though she is two months old, rather than five – is even breathing without oxygen now. 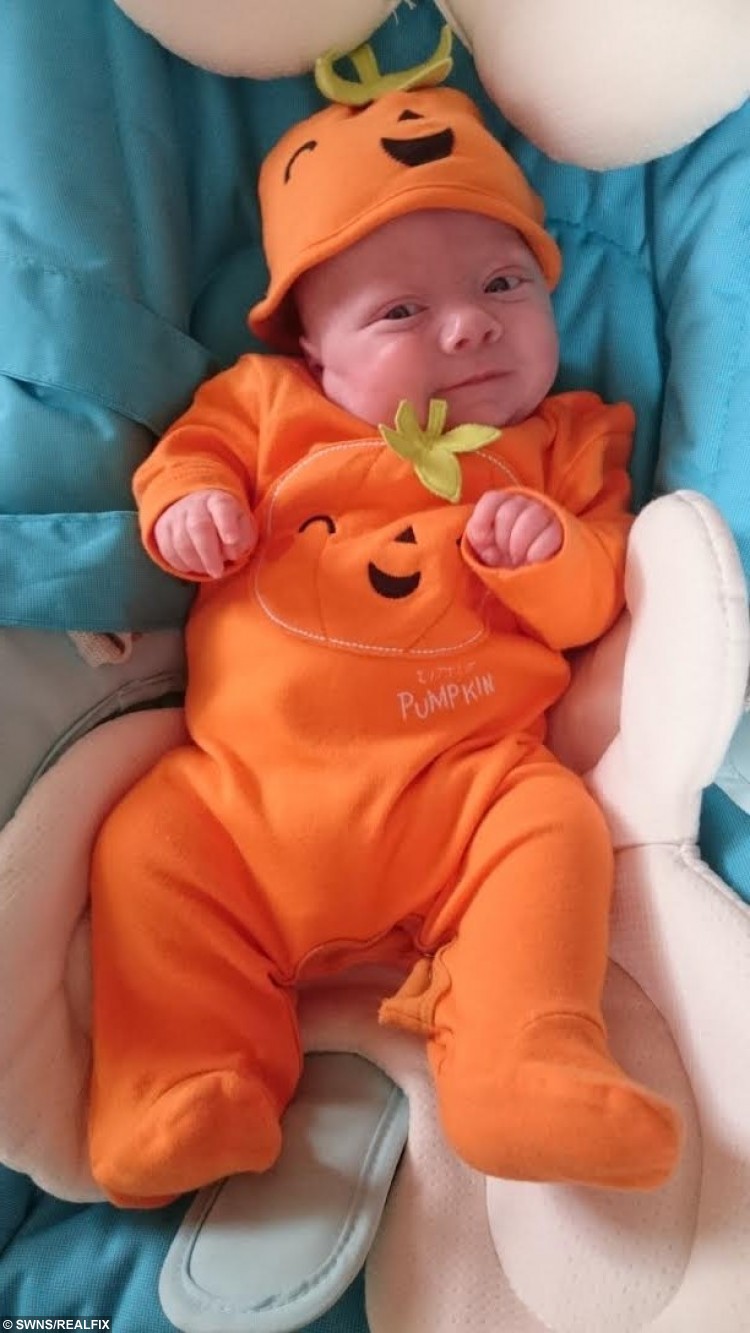 Sharon said: “When we went in the front door Pixie came alive. She was looking all over the place and could see what was happening.

“We have been in and out of hospital a lot since she got home, and she can’t be around other children or ill people because if she gets a cold she will end up on oxygen again.

“But at the moment she is doing really well. She looks really nice and healthy.

“It’s so lovely to have her home; there’s been endless cuddles and lots of people eager to see her.

To donate to the Keep Me Close appeal which is fundraising for the Neonatal Intensive Care Unit at Derriford Hospital, visit the JustGiving page 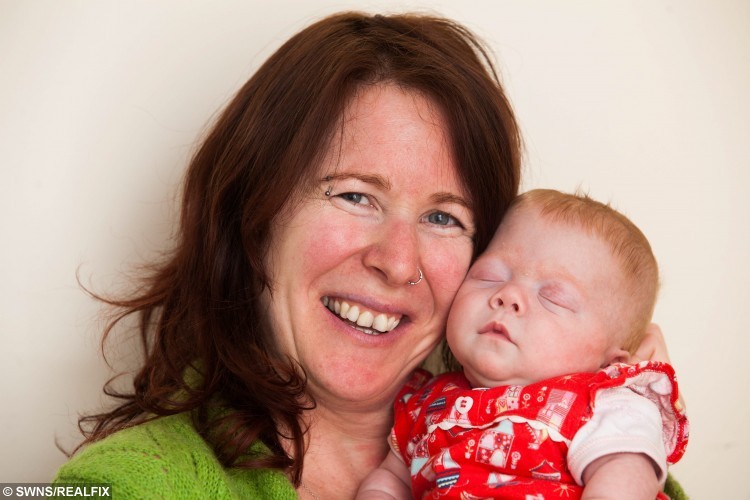 Hero dog saves family from a fire! This is Simba’s happy face…

Hero dog saves family from a fire! This is Simba's happy face...