Lily May Davis shortly after being born months early and weighing under two pounds, April 2014. See SWNS story SWPOUND; A baby girl born weighing less than a loaf of bread has defied doctors expectations and returned home before she was even due to be born. Tiny Lily-Mae weighed just 1lb 11oz when she was born in March, 12 weeks before her due date. Doctors warned that the baby could spend months in intensive care due to breathing problems caused by her early arrival. But 16 days before her due date, doting parents, Mark Davies, 41 and Sarah Underwood, 38 were able to take their daughter back to their home in Longlevens, Gloucestershire.

A baby girl born weighing less than a bunch of grapes has defied doctors to return home – two weeks BEFORE her due date.

Doctors warned her mother Sarah Underwood, 38, that her baby could spend months in intensive care due to breathing problems caused by her early arrival.

But after two months in hospital the little fighter was strong enough to return home to Longlevens, Glos., 16 days before she was due to be born. 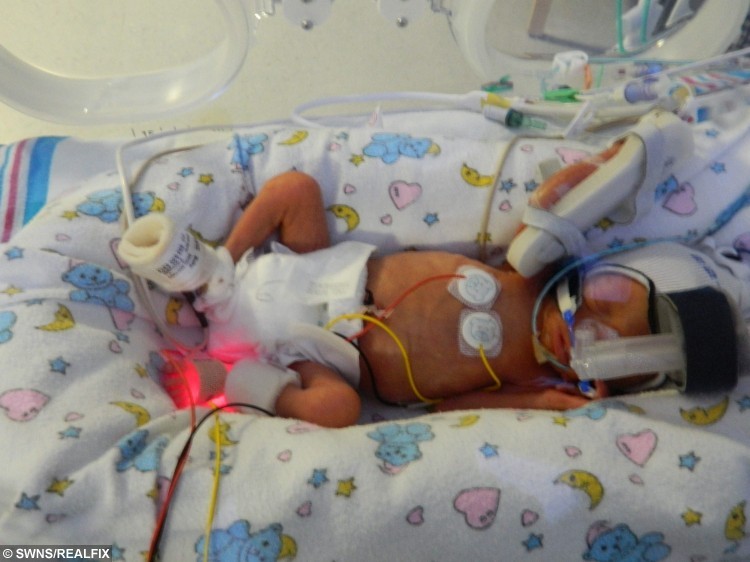 Her proud dad Mark Davies, a builder, said it was a great relief to have Lily-Mae home after a “terrifying” couple of months.

He said: “When she was born I was scared to touch her, she looked so fragile, I didn’t want to hurt her.

“It was so frightening to see her in the incubator so tiny. In all honesty we were expecting the worst.

“She was just so little and she was three months premature – the odds weren’t in her favour.”

“It was very scary to see her so small with all of these tubes and wires attached to her.

“Thankfully the doctors were quite positive about it rand everyone was very helpful and reassuring.”

Sarah, an admin clerical assistant, had been at work when she knocked her leg on a cardboard box and they became unusually swollen.

She put it down to being pregnant but her boss persuaded her to see her doctor, who referred her straight to hospital after taking her blood pressure. 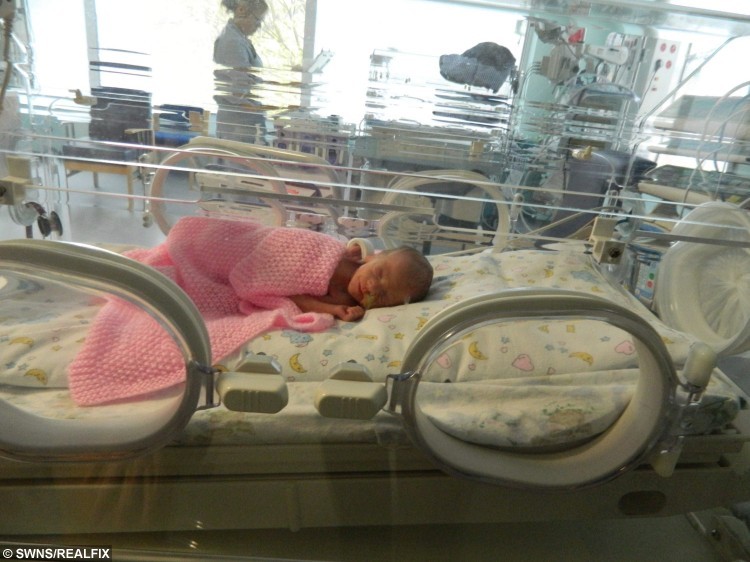 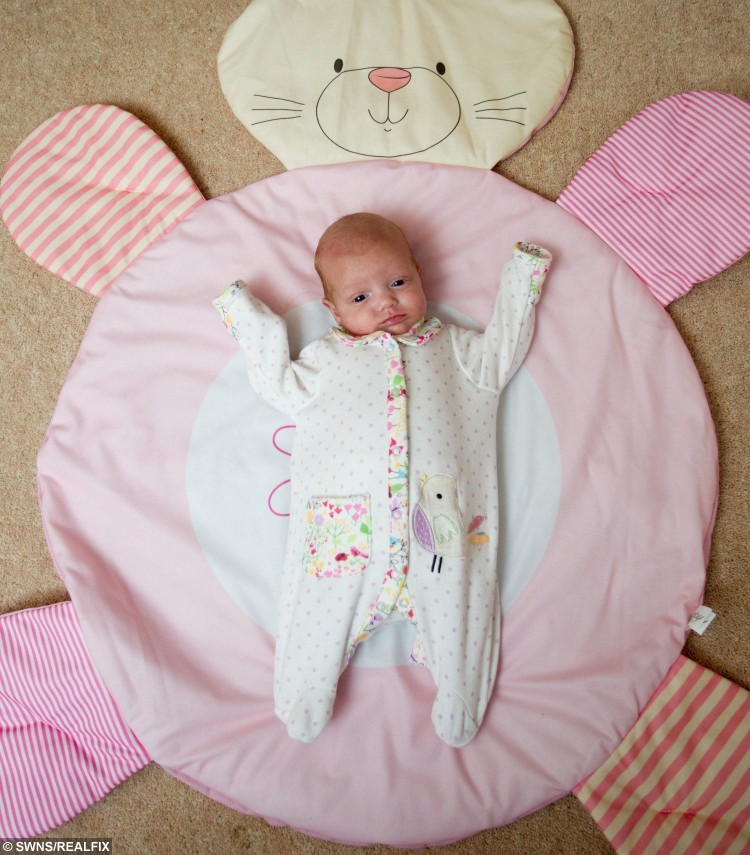 After a number of blood tests she was diagnosed with pre-eclampsia, a condition that raises blood pressure and can only be cured by giving birth.

She was injected with steroids to strengthen her unborn baby’s lungs and gave birth by c-section on March 20, despite not being due until June 13.

She was born at 27 weeks – just three weeks after the legal abortion limit.

After weeks in both intensive care and the nursery at Gloucestershire Royal Hospital hospital, Lily-Mae was allowed to return home on May 28.

Mark added that they are relieved they are now able to begin normal family life, even if they weren’t prepared for the early arrival.

He said: “We had lots of people coming in to talk to us all the time.

“They told us that it would be extremely dangerous for the pregnancy to continue but I don’t think we thought it was as serious as it actually was.

“Then when she was born we realised we literally had nothing for her – she was so early we hadn’t prepared.” 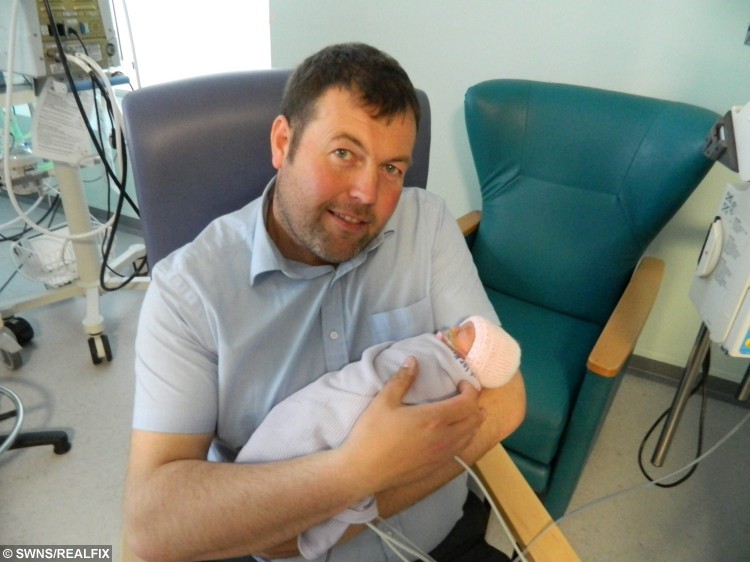 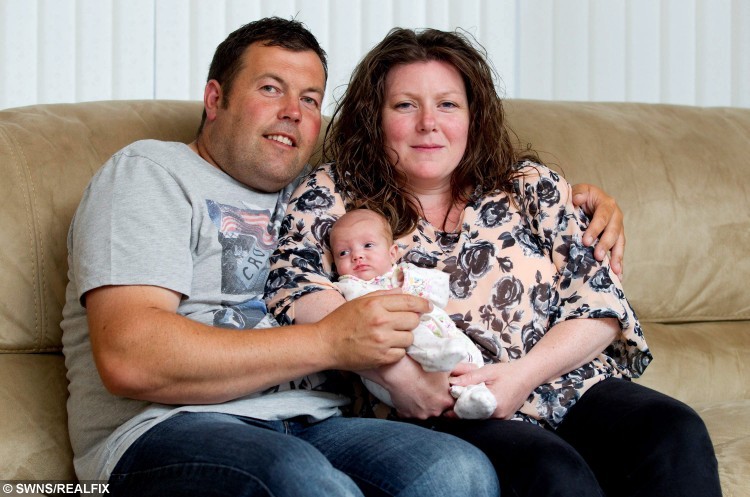 “We had a pram but that was it really, we didn’t even have any clothes. Luckily all of our friends and family were really good with helping out.

“It was quite hard to know what size clothes to get, even the premature clothes we brought were a little too big.

Mark is now doing a sponsored bike ride in an attempt to raise £1,000 for the ward that helped Lily-Mae.

He said: “I wanted to do something to give back to the hospital. It is a way of saying thank you to the hospital and the staff for keeping our baby alive.” 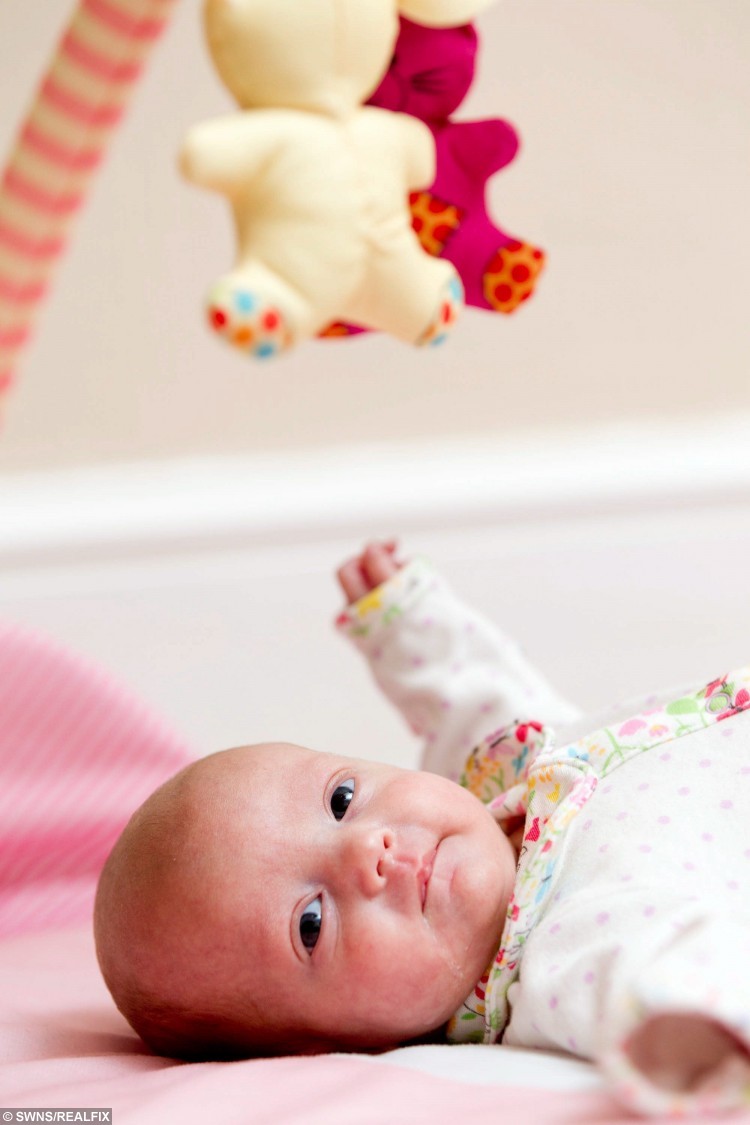