Schoolboy Is Learning To Walk, Talk And Swallow Again After Having One Of His Five Brain Tumours Removed

Kieran Crighton from Kilwinning, North Ayrshire, who was diagnosed with a rare form of Medulloblastoma has starting talking again in hospital.

A schoolboy is learning to walk, talk and swallow again after having one of his five brain tumours removed.

Kieran Crighton was diagnosed with a rare form of Medulloblastoma – a tumour originating in the brain, towards the back and bottom of the skull.

The 13-year-old was left unable to walk, speak or swallow after having the biggest of the five tumours removed in March.

But since then Kieran has went strength to strength and has amazed medics with his determination to fight back. 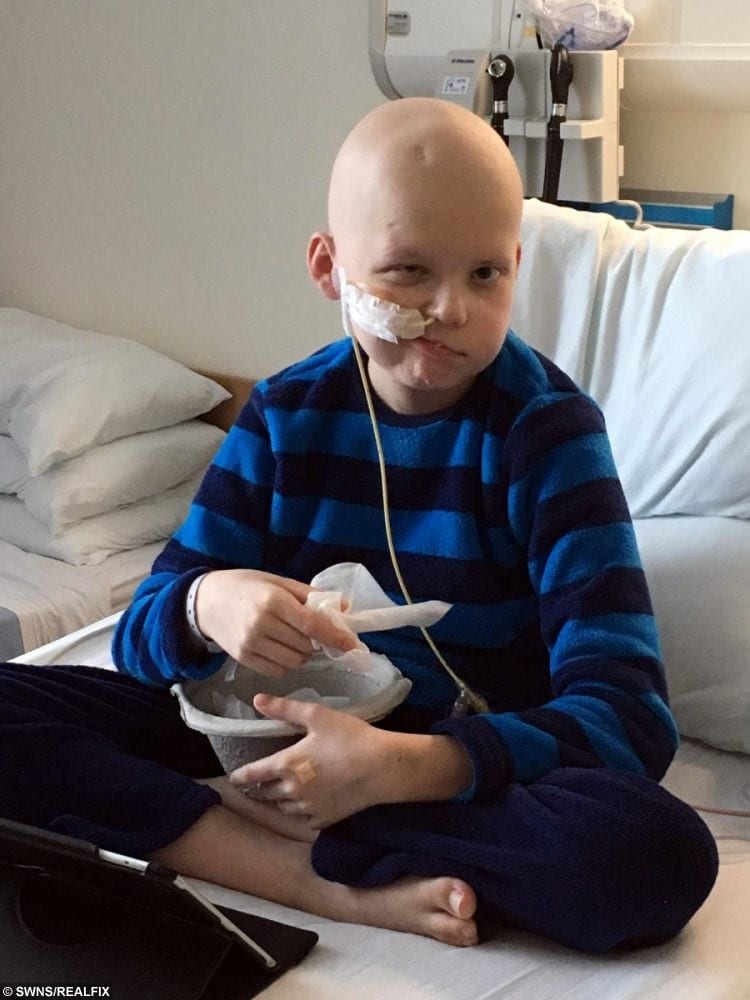 The youngster, from Kilwinning, North Ayrshire, is starting to speak again and has now begun physiotherapy sessions to learn to walk again.

Mum, Senga, 49, says she is so proud to see her incredible son’s condition improve after he was diagnosed earlier this year.

She said: “It’s incredible to see how much his condition has improved.

“I remember at first he kept being unwell and he had suddenly stopped eating and drinking and we had all thought it was anxiety or he was developing a cold.

“He would always have a sore head which we all thought was really strange.

“So when we finally got to go to hospital it was discovered that he had five tumours and after the operation, he was not able to speak or eat.

“It was such a shame for him, it was horrible seeing him like that but he’s such a wee warrior who keeps on fighting it.

“We as a family are so proud of him, he doesn’t moan about anything, he just gets on with it.”

In February Kieran went into Crosshouse Hospital, Kilmarnock, and was put on a drip.

But an MRI scan revealed Kieran had “something in his brain”.

The youngster was then referred to the Queen Elizabeth University Hospital in Glasgow on February 23.

When he arrived doctors discovered Kieran had five tumours, the biggest one in the back of his brain, two in the front of his head and the others were in his spinal fluids.

On March 2, Kieran had an operation to remove the biggest tumour. 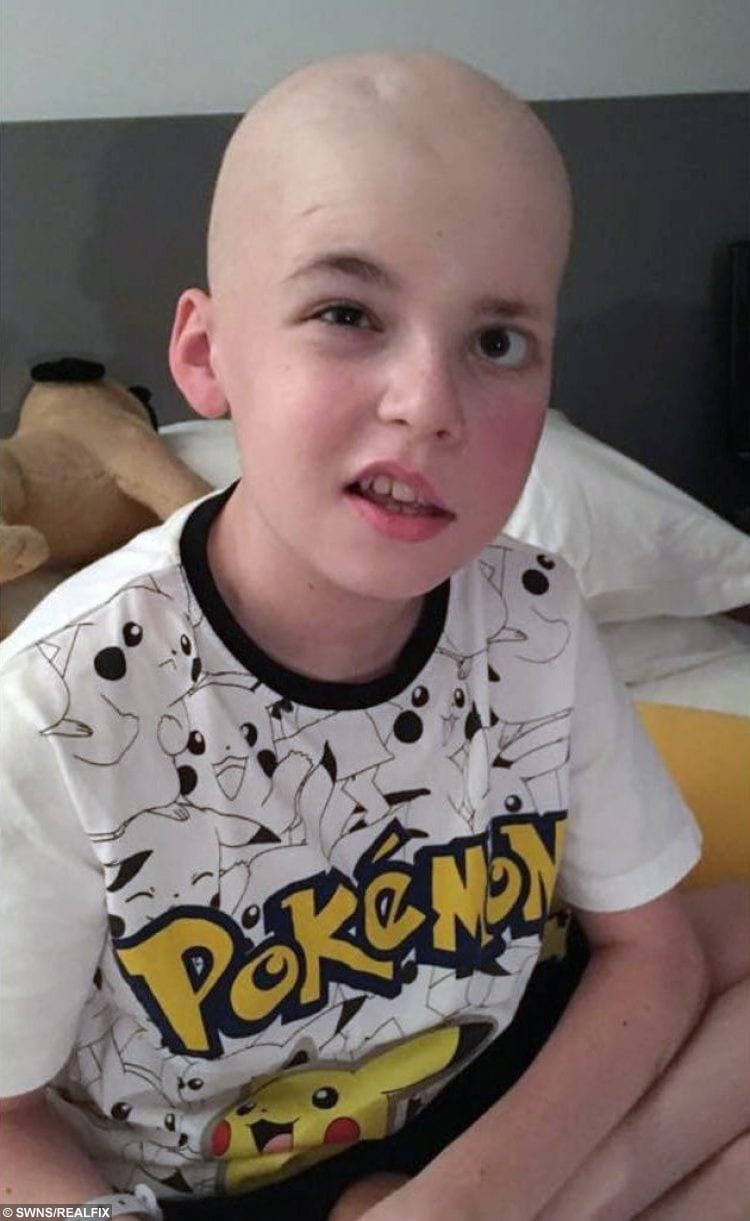 The others are still being treated by long and gruelling repeated rounds of radiotherapy and chemotherapy.

Senga, a residential child care worker, added: “Since Easter, he has definitely progressed and even though he is still not 100 per cent he is heading there.

“I remember when he started getting better I was speaking to one of the domestic workers at the hospital and I had asked them who had won The Voice – the singing competition.

“Later on another domestic worker came in to clean the room and Kieran shouted ‘I know who won the voice’.

“It was such a funny moment because you would expect his first words after the operation to be something more serious.”

Kieran is undergoing intensive chemotherapy and the family has been permanently based at Glasgow’s Royal Hospital for Sick Children while he receives treatment.

She explained: “He has started getting better though as he is taking small sips of fluid.

Readers who would like to donate to Kieran’s fundraising campaign, visit uk.gofundme.com/Keiran-s-Fund