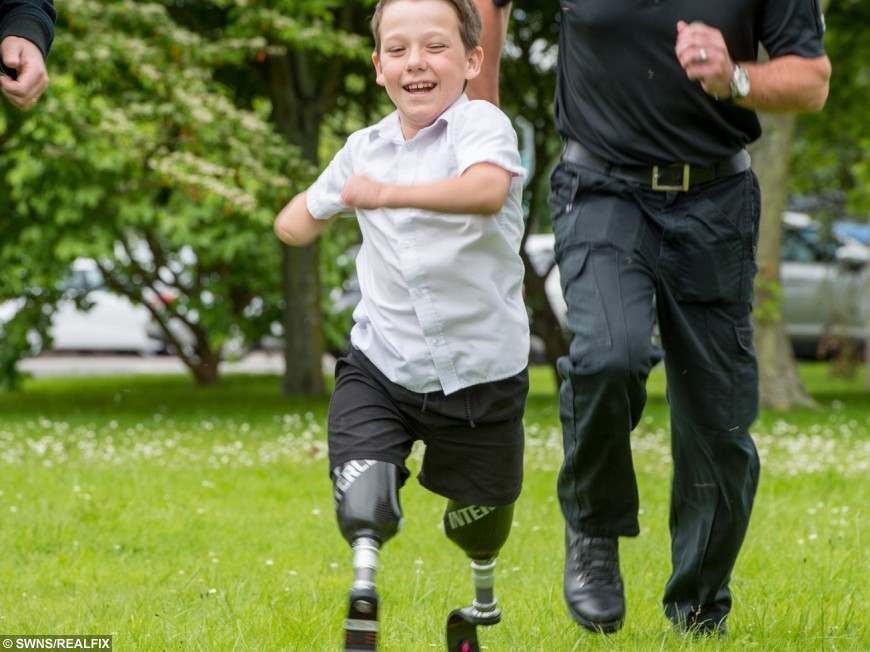 A brave schoolboy who lost both legs and an arm to meningitis is back on his feet – after being given a set of £14,000 lightweight titanium blades.

Battling Harvey Phillips, 11, was rushed to hospital ten years ago when he suddenly turned limp and pale.

Harvey quickly developed a rash all over his body and medics at Sheffield Children’s Hospital told his parents he had meningitis and his vital organs were failing.

Surgeons were forced to amputate both his legs at the knee, his right arm below the elbow and the fingers on his left hand to beat the deadly bug. 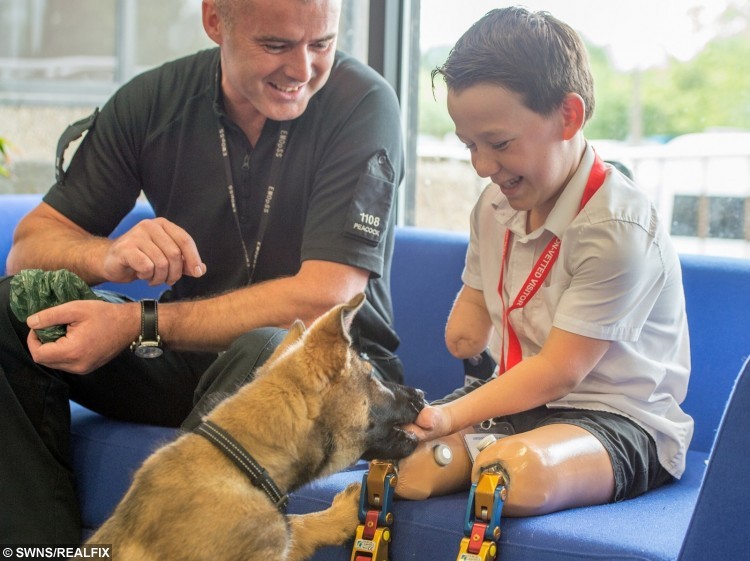 Despite his disabilities, Harvey stunned parents Harry, 44, and Lisa, 40, when he won two gold medals at the National Para Swimming Championships in January.

Now the young champion, who now lives in Louth, Lincs., has a new set of lightweight titanium blades after Lincolnshire Police raised a staggering £13,928.

“I was nine-and-a-half months old and I was a bit off colour the night before, which
was put down to teething and coming down with chickenpox.

“Mum realised something was wrong as I was limp and pale and dialled 999. 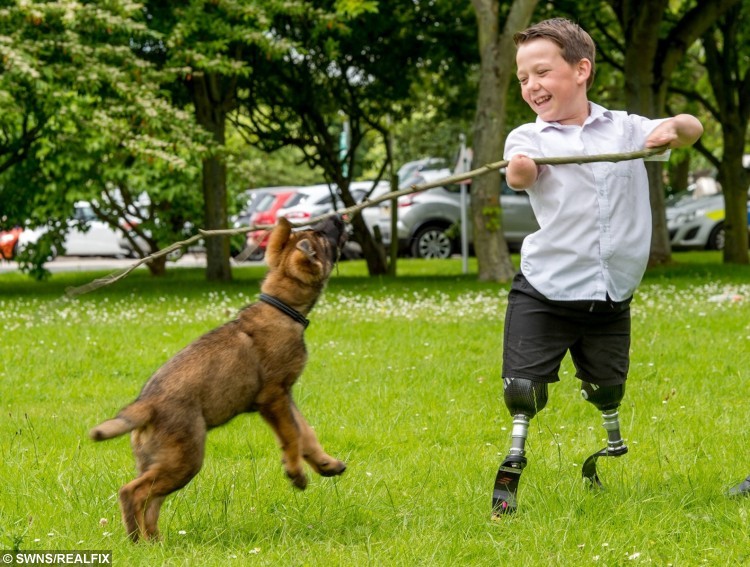 “An ambulance took me to Sheffield Children’s hospital, where mum and dad were told I was being treated for meningitis.

“From leaving home to arriving at the hospital, a rash appeared all over my body.

“I was taken to intensive care, ventilated and put into an induced coma. All my vital organs were failing.

“I survived, but as a result of this illness I have had both my legs, my right arm and the fingers on my left hand amputated.”

Harry is determined to live a normal life, but his parents have to continually fund raise as he outgrows his prosthetic limbs.

Although the NHS paid for his last set of metal legs, they were too heavy for him to run in.

Harvey added: “These are better for me to run in and a lot comfier. They make me stand a lot taller, too.” 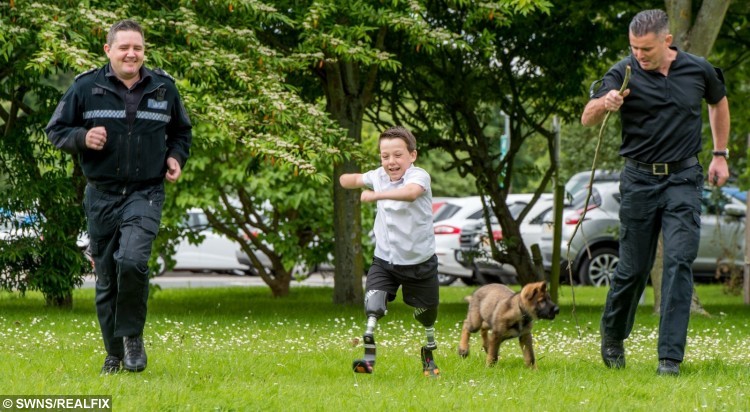 Dad-of-two Darren said his son he couldn’t use the standard issue prosthetics.

He added: “These new blades are helping him get better in sports and give him more freedom to do what he wants with his friends.

“As long as he is active, he is happy. With these blades he has independence, freedom and the ability to run.”

On July 1 Harvey and Harry were presented with a cheque for £13,928 at Lincolnshire Police Headquarters, which has fully funded the new blades.

Harry had previously impressed friends and family when he won two gold medals at the National Para Swimming Championships at the Aquatics Centre in Manchester.