A young dancer has received a lifesaving organ from her mother after a pain in her ANKLE turned out to be kidney failure.

Maddison Howard was just nine years old when she complained to her parents about leg pain around her ankle joint in April 2016 – but the family thought it was because of her dancing.

She went to hospital for a check-up where an X-ray found what looked like ‘bubbles’ around her bone and a blood test showed Maddison had kidney failure.

Her horrified parents Paul, 39, and Clare Howard, 45, were told doctors at first thought there had been a mix up with the ‘blood of an 80-year-old woman.’ 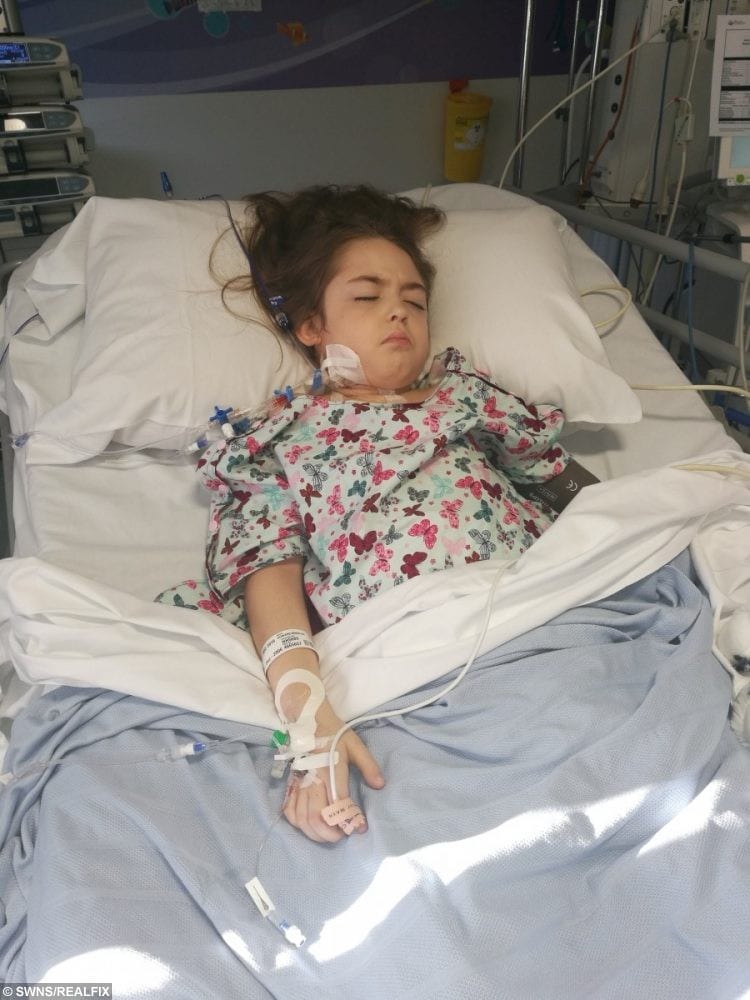 Two years later determined Maddison says she will “continue dancing forever” following a miracle recovery after Clare donated the organ in May 2017.

Paul said: “We got a call asking us to come back to the hospital because they thought the blood test had been mixed up.

“They said it looked like they’d mixed it up with the results of an 80-year-old woman with kidney failure – we couldn’t believe it because Maddison was always so healthy.”

Maddison, from York complained about her ankle hurting for five days before dad Paul decided to take her to hospital in April 2016.

The dad-of-one thought she had just sprained it from doing her beloved dancing, but went along to A&E at York District Hospital to get it checked out.

The doctor made a referral for the family to see a specialist a week later and found a bubbling around the bone following an X-ray in May 2016.

A decision was made for a blood test to be sent away for further checks – but less than 24 hours later Paul received an urgent phone call for the family to go in. 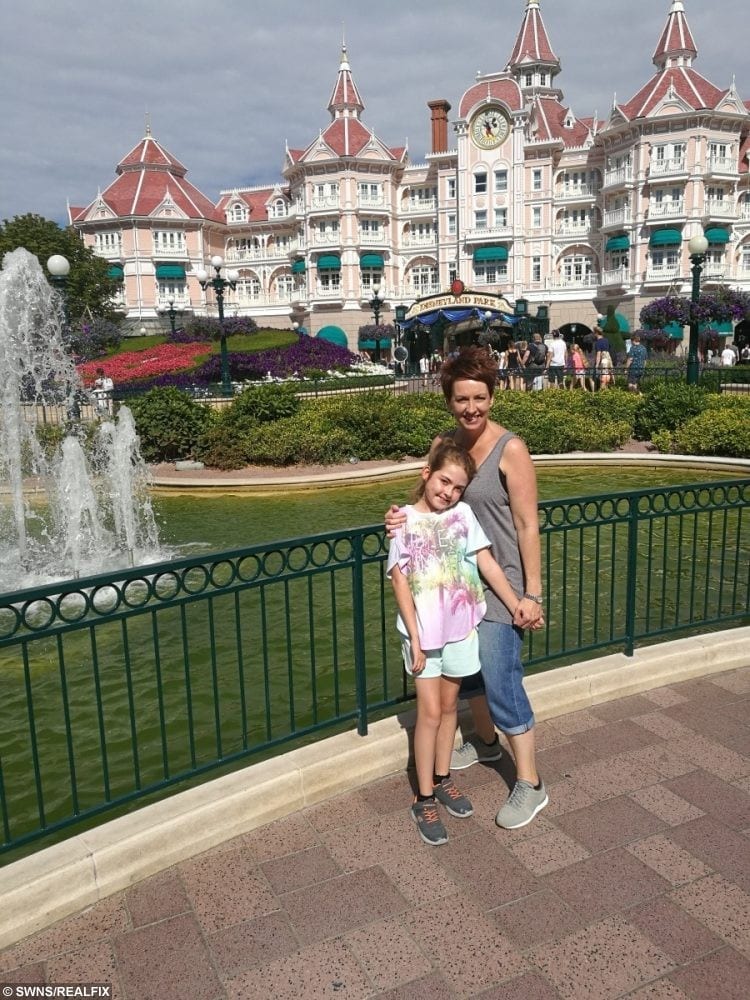 Paul and Clare were shocked to be told Maddison had kidney disease and she would need a transplant.

The schoolgirl was admitted to Leeds General Infirmary, West Yorks., for a month, while Paul and Clare underwent a series of tests in July 2016 to see who was the best match.

Clare became the more likely candidate and underwent separate tests herself while both parents cared for Maddison – who had been fitted with a dialysis catheter which meant her parents could treat her at home.

They both even had to be trained in how to help Maddison undergo 11 hours of peritoneal dialysis for when she returned home in August 2016.

The transplant took place almost a year after the diagnosis on May 5, 2017, just five days before Clare’s 44th birthday.

Clare said: “It was a bit of a shock on the day, when they told us – we went ahead and knew it was the right thing to do and I’d do it all again.

“I had to go to Leeds quite a lot and have ultrasounds and went through quite a lot, just to make sure I was healthy enough and that I could cope with going through an operation.”

Clare and Maddison were in different hospitals during the operation, and Maddison said she remembered feeling “a bit sick and dizzy” after the procedure.

She spent 24 hours in intensive care before moving to the High Dependency Unit for about five days, then to a ward for several weeks.

Clare was discharged after two days, but visited Maddison before going home. 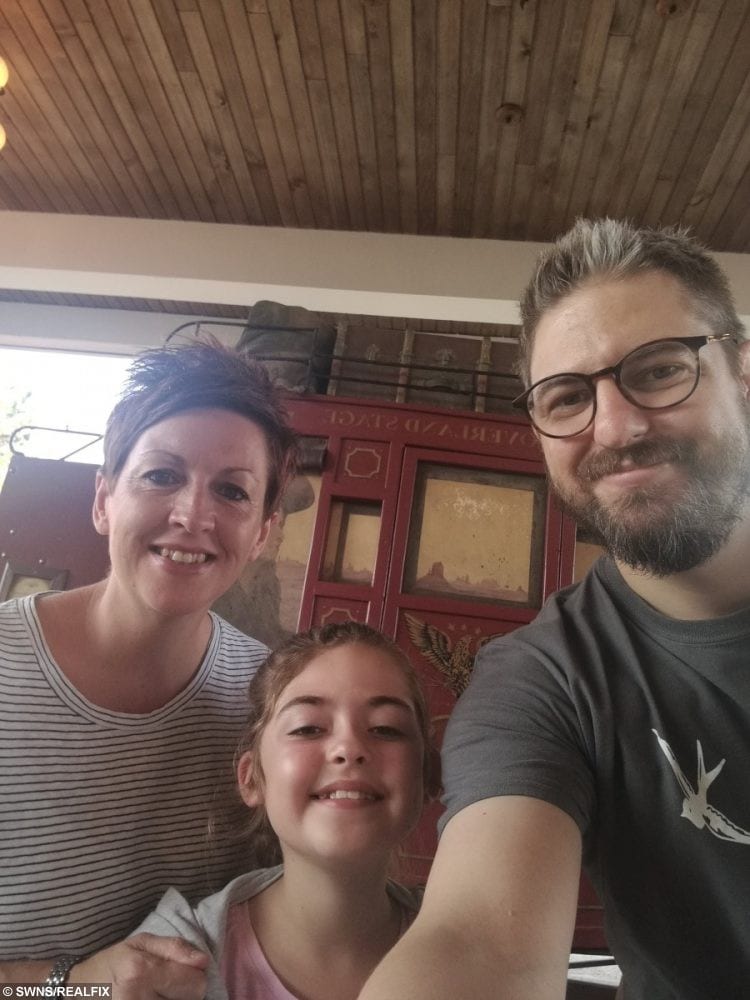 Paul said: “If I could give any advice to parents going through our situation, it would be stick together, work together, and don’t get too caught up in the moment with worry.

“There is light at the end of the tunnel – just stick together as a family, and hope everything will work out, as it has for us.”

Adding: “If we hadn’t taken her for the X-ray, who knows what would have happened.”

Maddison said she now felt “amazing”, and “like I’m capable to do pretty much anything now”.

Maddison has enjoyed her summer ahead of starting secondary school next month, with trips to Disneyland Paris and Harry Potter World.

She said she was “looking forward to the creative stuff like art and music”, but had advice for anyone else with an illness.

Maddison said: “I’d also like to say a huge thank you to Spotlight Dance, especially my dance teacher Miss Sarah.

“She’s been an absolute star, helped me through all my dance classes, and she’s just so amazing.”

Adding: “I will continue dancing forever.”