A schoolgirl was left for fighting for her life after contracting a potentially deadly bug during a holiday from hell.

Emily Bridges, 10, was taken ill on a five-day family holiday to Hurghada in Egypt.

The life-threatening illness was initially misdiagnosed as a ‘dodgy belly’ by a local doctor.

But after landing in Britain poorly Emily was rushed to St Thomas’s Hospital in central London where horrified doctors found her vital organs had begun to shut down.

The youngster was diagnosed with E.coli as well as Hemolytic-uremic syndrome, a condition which causes kidneys to fail and the body to destroy red blood cells.

Emily’s shocked mum Rachel, 43, said: “We initially put it down to a dodgy belly while we were there. 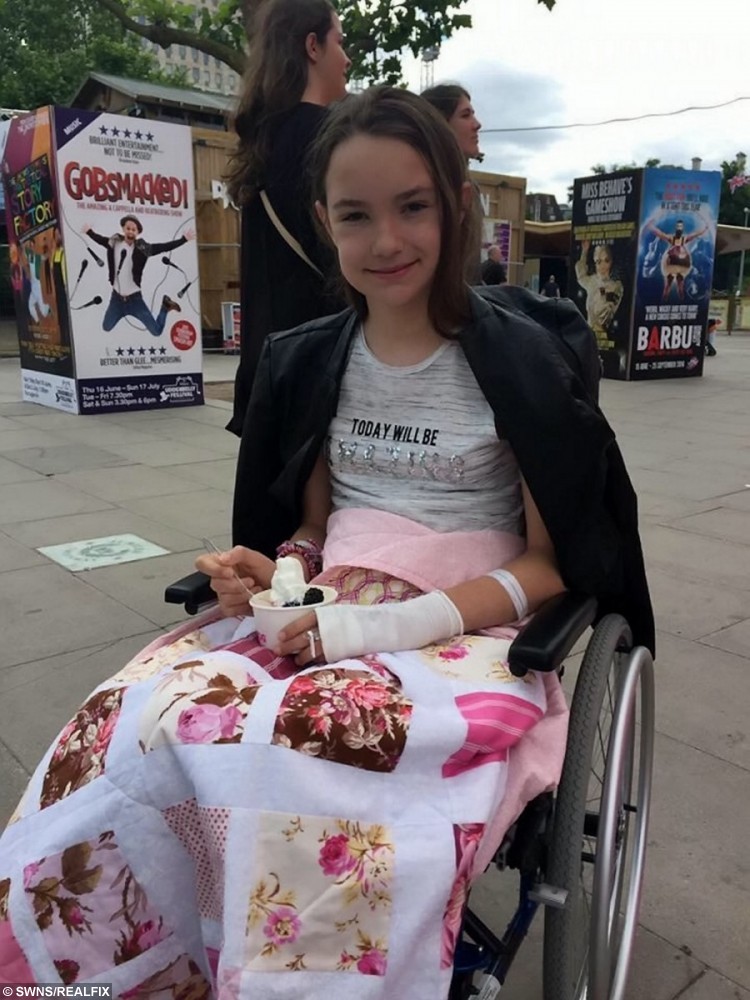 “It was only when we were home I took her to the hospital, expecting to get a prescription but a doctor told me she was very sick.”

Emily’s condition deteriorated to the point where she spent a week on life support.

Thankfullly, she is now off the critical list, and Rachel, of the Isle of Sheppey, Kent, remains optimistic.

She said: “It has been such a traumatic experience and a lot for a 10-year-old to deal with.

“But she’s strong and stubborn like me so I know she’ll pull through because she’s a fighter.”

Emily is now spending 16-hours a day on dialysis and a £12,000 A DOSE drug which she has to take weekly to stop her immune system attacking her own body.

She may also need a transplant in the future because of the severity of the damage to her kidneys.

A family friend, Jayne Russon, has started a GoFundMe page that will help cover Rachel’s expenses.

Jayne said: “I’ve known Rachel for more than 30 years, so wanted to help her in anyway I possibly can.”

Get your ass out of here! Mysterious donkeys found masquerading as cows in farmer’s field