A cancer sufferer who is being nursed by her daughter poses as Wonder Woman after each chemo session to keep her spirits up in isolation.

Madeline McDermott, 17, takes pictures as her mother Leslie, 52, dressed up as the superhero while she undergoes gruelling treatment for breast cancer.

Leslie is adding a piece of the costume after each chemotherapy appointment and by the end of her treatment she will wear the complete Wonder Woman attire including the Lasso of Truth, the indestructible bracelets and a tiara.

The single mother said: “A good friend who went through chemo came over before COVID started and brought me some inspirational Wonder Woman underwear.

“She told me to wear them when I go for chemo. 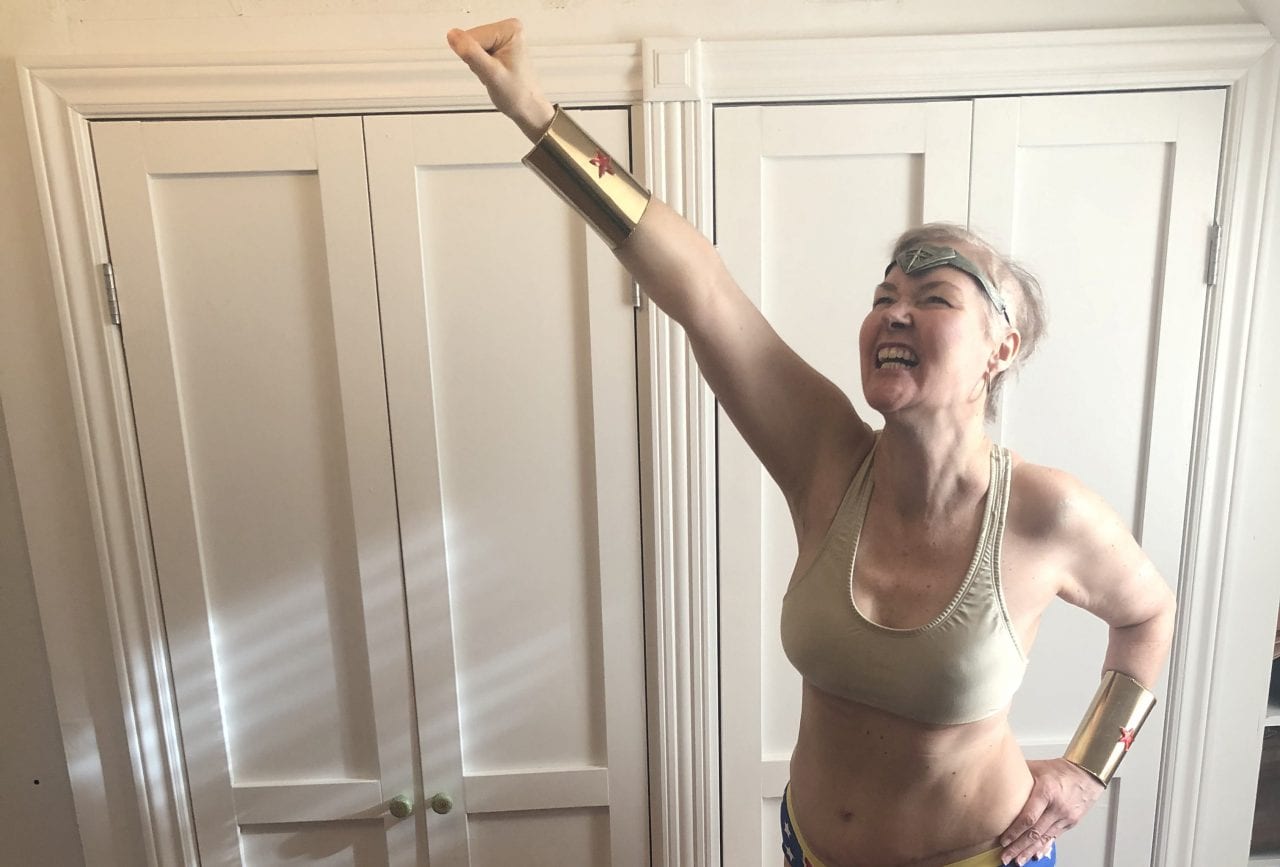 “Madeline had an old Wonder Woman halloween costume and we decided every time I went for chemo I’d take a picture with the underwear and a piece of the costume.

“At the end of 16 weeks and eight chemo sessions, I’ll be fully Wonder Woman.”

Madeline said she felt pride when she took photographs of her mother dressed as the superhero played most recently by Gal Gadot.

“When I’m taking the pictures of her, I feel really proud as I know how much she is going through,” she said.

Leslie is battling the cancer amid a pandemic with the help of Madeline who cooks her meals, administers her injections and even cuts her hair.

The mom, a project officer for the Canadian federal government, was diagnosed with stage two breast cancer in December.

She underwent a mastectomy and breast reconstruction surgery in January and her chemotherapy began on March 10, just before Canada went into COVID-19 lockdown. 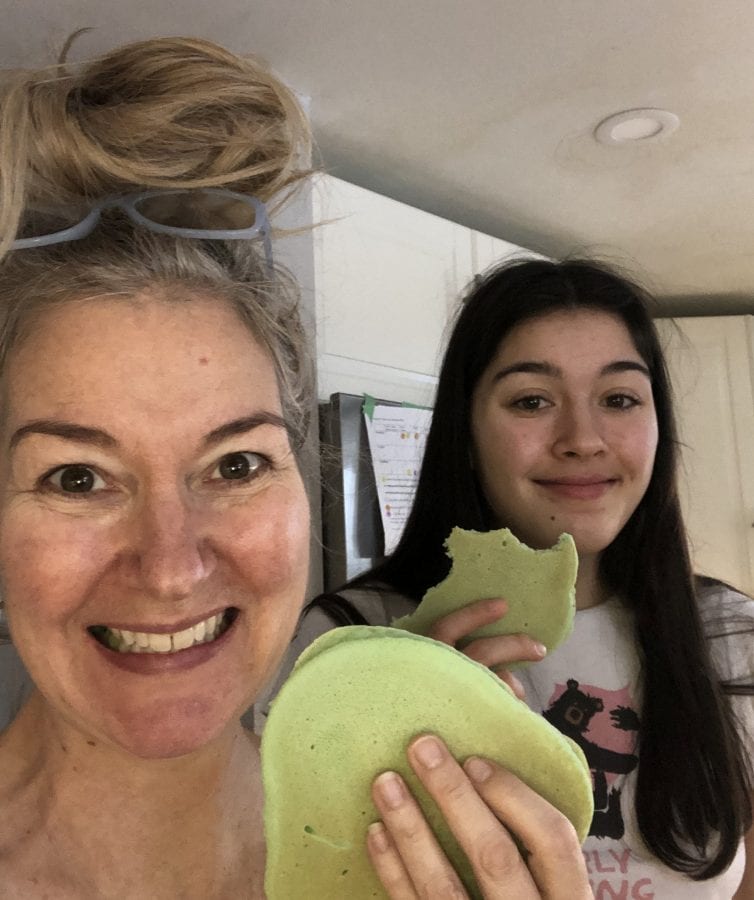 “I went to my first chemo session with my sister and Madeline.

“But two weeks later, COVID had started and I couldn’t bring anyone with me.

“You feel like you are being poisoned and of course you know there will be side effects – the hair loss, the joint pain, the exhaustion.”

But adding to the fear was the spread of the coronavirus.

As chemotherapy depletes the immune system, Leslie knew she was particularly vulnerable to the potentially deadly infection. 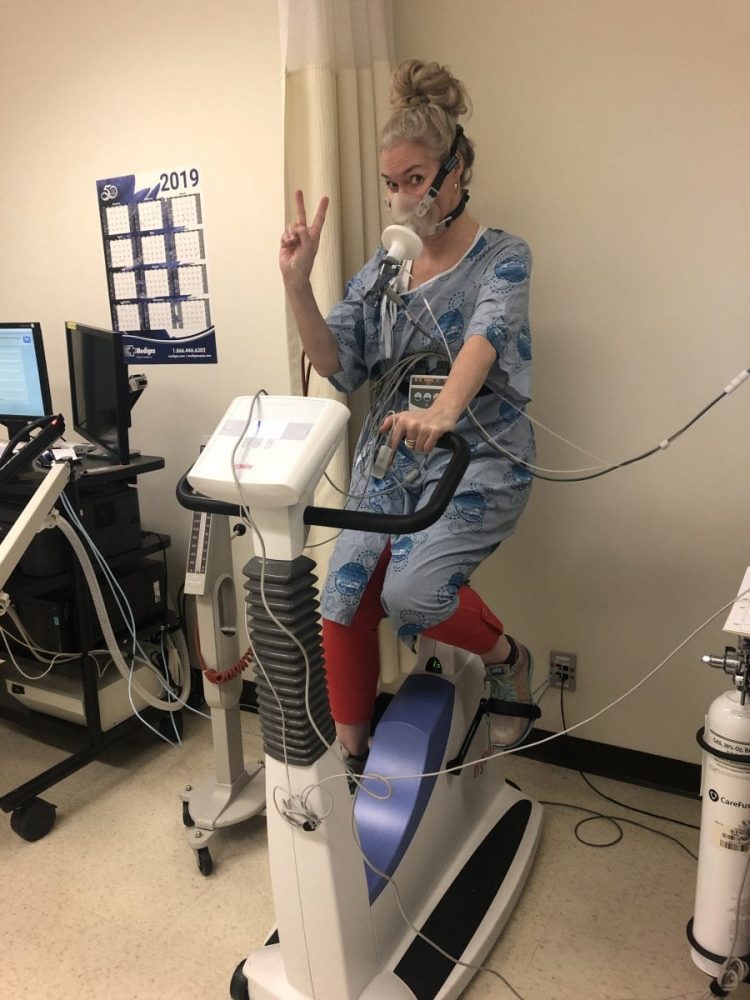 She said: “With the chemo, your immune system is completely shot.

“I am sure if I contracted COVID I would die.”

Leslie does not leave the house except for medical appointments and Madeline disinfects everything that comes into their home.

“We don’t really interact with anyone except for when I go for blood work,” said Leslie.

“Madeline drives me and the only other outing I have is the chemo every two weeks.

“We are socially isolating but it is one step further, we don’t go into any stores, people grocery shop for us and and the pharmacy delivers my medication.

“Anytime we have anything coming in Madeline sprays it down with disinfectant.

“We are always washing our hands and she sanitizes the door handle and the doorbell.”

Madeline has stepped up as her mother’s nurse – even though Leslie at first suggested she spend the quarantine with her friend. 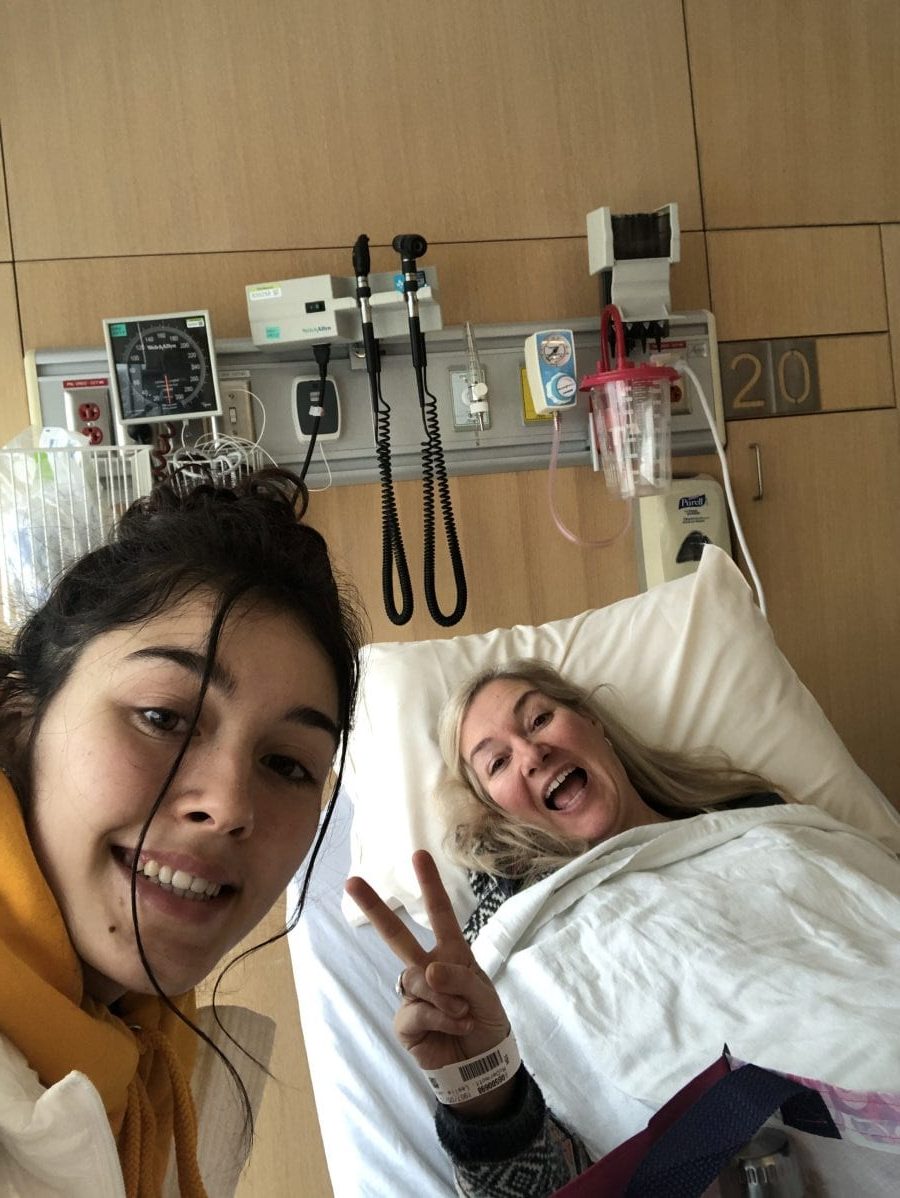 “I thought how horrible for her to be stuck here with me,” Leslie said.

“I suggested she stay with her best friend but she chose to stay with me which is really great because I wouldn’t be able to do so much if it wasn’t for her.

“She’s been cooking, she injects me with the white blood cell booster.

“I don’t even see the needle, I don’t even look, she does it because I’m afraid of needles.

“When my hair started to fall out, she cut it to shoulder length and then eventually she shaved it off for me.

“She has taught herself how to sew and she sewed some pyjamas for me.”

Madeline added: “We get to spend a lot of time together. 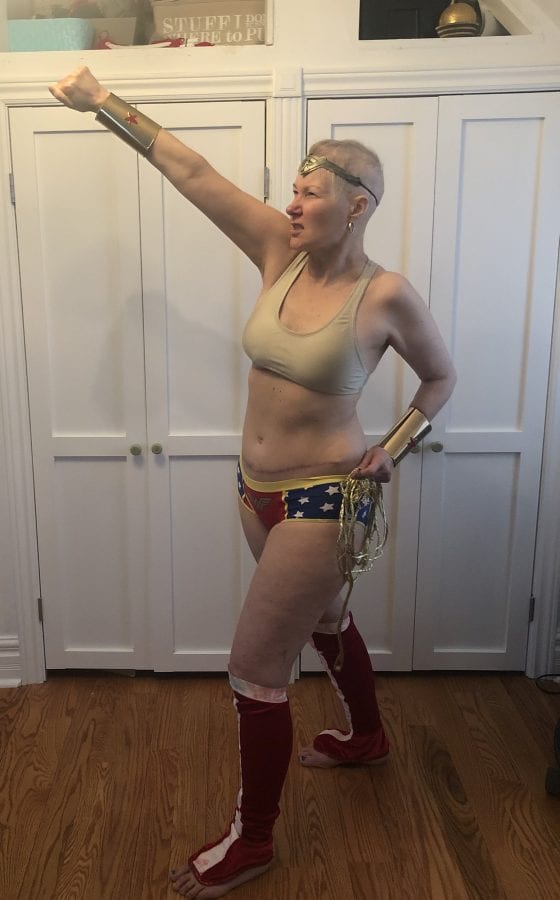 “Shaving her head was not a fun experience for me.

“It was really stressful, I have never done that before, but I did a good job and there are only a couple of spots I’ve missed.”

The mother and daughter are looking forward to normality returning and being able to see other people.

Madeline said: “I’d just like to see my friends and be able to touch them and not have to be six feet apart.”

Leslie added: “Not having visits from my friends is really hard.

“Everytime someone would come over, they would hug me.

“It is really isolating and when you are going through something like this, you want your friends around and to feel at least somewhat normal.

“But I’m so grateful I get to be isolated with this wonderful girl.

“I’m being looked after, I’ve had my surgery, I’m getting the care that I require.

“Eventually it’s all going to be ok.”

WATCH: Bored teen gives her bedroom an isolation makeover – but not in the way you’d expect!!!