A heating engineer has raised money to buy a boiler for a 92-year-old man who was keeping warm during lockdown with his gas cooker.

Winston Davis, 37, from Watford, has been lending a helping hand to the community to provide free emergency repairs for elderly during the coronavirus pandemic.

Will Long who lives in a mobile home retirement village in Abbots Langley has not had a boiler since it broke back in October last year and has not had any hot water or heating since.

As a result of his broken boiler, he couldn’t have a bath for six months and used a kettle to heat water used to wash himself.

Father of two, Mr Davis said: “When this whole pandemic started we had to cancel four weeks worth of jobs.

“I went home and told my wife that we’re not going to earn any money for a while but we could make some adjustments.

“I thought to myself, what we can do to help others?”

Mr Davis’ wife then suggested that he use his skills to help people in the community. 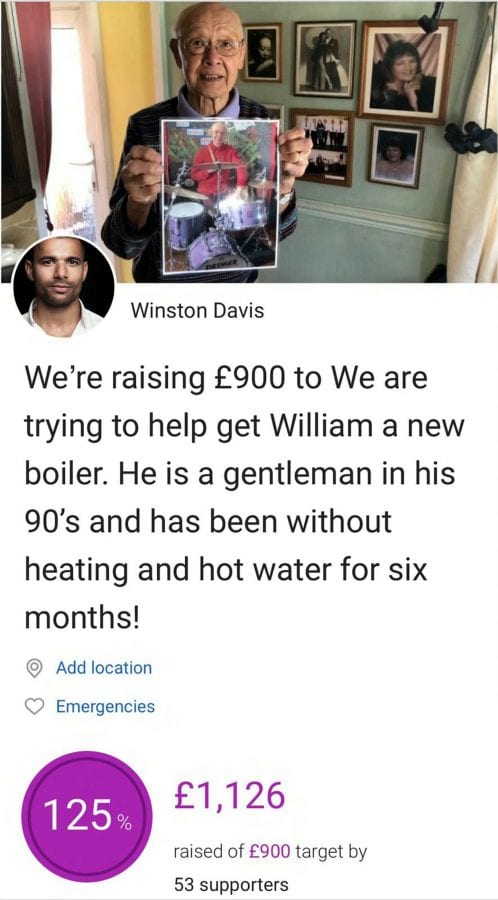 He put a post on Facebook offering his services to anyone elderly needing emergency repairs – within a few days the word had spread and he was getting multiple calls.

Mr Davis said: “I first went to a 94-year-old woman’s home who had a leaking tap, although it wasn’t an emergency she needed help and she was lonely.

“Instead of taking a payment we took a photograph together and she sent it to her daughter – the photo ended up on Facebook and I was then contacted by a charity.”

The charity, Herts Help contacted Mr Davis, after Mr Long was caught by a neighbour heating his home using his gas hob burners.

Mr Davis immediately went to fix it but realised it would need replacing and Mr Long was unable to pay for one himself.

He was determined to help Mr Long so set up a crowdfunding page and posted a video asking for support on the Avenue Heating Facebook page – within 24 hours he had raised £1100.

Within a day Mr Davis returned and fitted the new boiler free of charge.

Mr Davis said: “The community came together, everyone was really supportive. 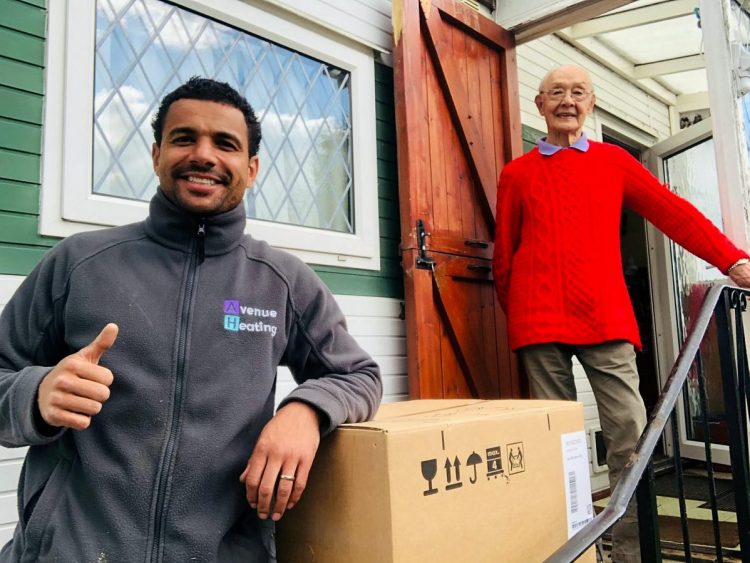 “Mr Long was speechless. If we can physically go out and do something positive, it will have an impact on someone’s life.

“If we can try and do one thing for someone, it can make such a huge difference.”

Mr Long said: “I just want to say how thankful to those who have helped me.

“I have never had something like this done for me before and I’m so grateful.

“It just shows that there are so many kind people out there. Thank you very much indeed for what you’ve done for me.”