A seven-year-old girl was killed after she was crushed under the wheels of a slow-moving skip lorry while she crossed the road with her mum.

Tragic Sophia Clarke was knocked down and killed by a nine ton skip lorry after dodging slow-moving traffic, it was revealed yesterday.

Sophia lived with her mum Yvonne, 39, just yards away from where she died.

The schoolgirl was struck on Henley Road, Bell Green, Coventry, at 4pm on Tuesday (18/10).

A doctor from a nearby GP surgery desperately tried to save the girl before paramedics arrived but she was pronounced dead at the scene.

A West Midlands Ambulance Service spokesperson said: “A GP from the practice over the road arrived just before the ambulance did but sadly both he and the crew quickly realised that nothing could be done to save the child and she was confirmed dead at the scene.

“The child’s mother was treated by ambulance crews before being taken to University Hospital Coventry and Warwickshire.

“The man driving the skip lorry was also assessed by ambulance staff and was taken to George Eliot Hospital.”

Witnesses described seeing the devastated mum screaming as her daughter lay dying in the road. 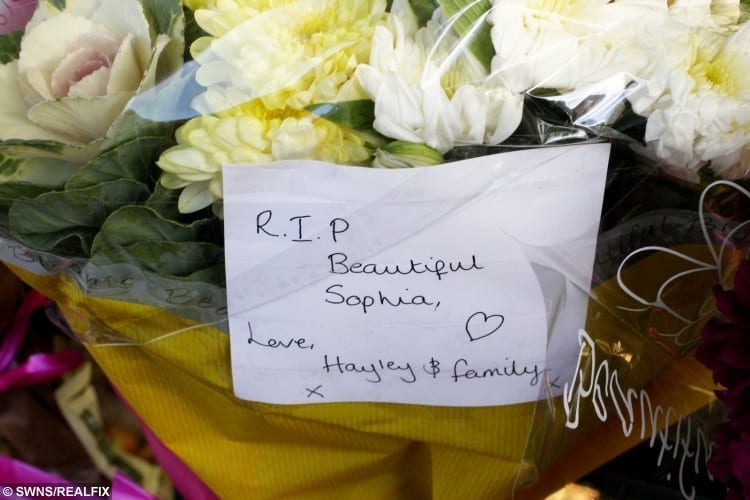 One man said: “A woman, who I suppose must have been the girl’s mum, was screaming like mad on the pavement.

“She was crying and wailing. It was heart-breaking. There was nothing that could be done.

“The driver of the lorry was on the road and shopkeepers were next to him. He had his hands over his mouth. He looked in shock.”

West Midlands Police are now appealing for witnesses after the fatal crash.

Sergeant Alan Wood, from the force’s Regional Collision Investigation Unit, said: “The investigation is in its early stages and enquiries are continuing.

“I would appeal to anyone who witnessed what happened or has any information that could help with the investigation to contact us.

“In particular I would appeal to any drivers or passengers who were in the traffic near to the collision to come forward.

“This includes a small turquoise car and a black taxi cab.

“This appears to have been a tragic accident; our thoughts are with the family of the little girl at this difficult time, who are being supported by specialist officers.” 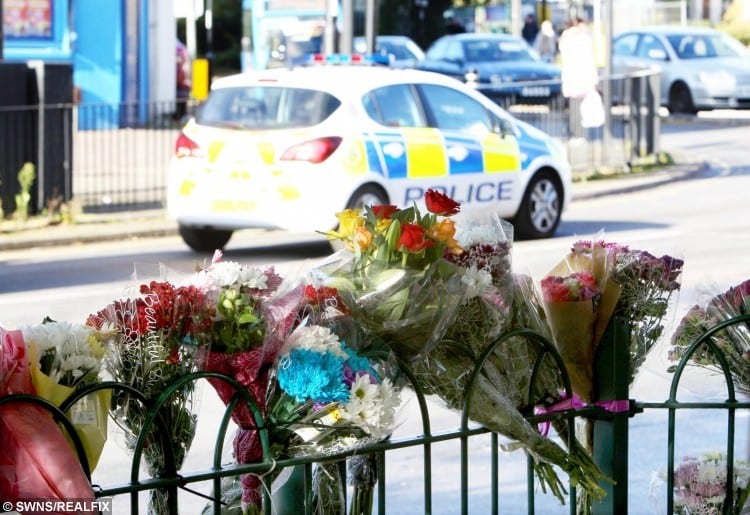 The driver of the skip lorry stopped at the scene and is assisting officers with the investigation.

The road was closed for several hours while specialist officers conducted an examination of the scene.

Floral tributes left at the scene described the youngster as “an angel.”

One card read: “Goodbyes are not forever, goodbyes are not one end. It simply means goodbye until we meet again. Rest in paradise Sophia. Love Adele and family.”

Another read: “In loving memory of Sophia. Rest in peace, our deepest condolences. From all the staff at Aldi, Bell Green.”

Another said: “Taken too soon, you are an angel Sophia. Your smile lit up any room. Rest in peace.”

The driver of the skip lorry was said to be “highly experienced” and worked for Tom White Waste, in Longford, Coventry.

The driver, in his 50s, was driving the empty skip lorry and was waiting at traffic lights when he knocked the girl over.

Tom White, managing director of Tom White Waste, said: “I arrived at the scene 20 minutes after the accident.

“I was talking to people around and it appeared the little girl walked into the road.

“The lorry was empty and the driver was on his way back to the yard.

“He was waiting in the middle lane approaching the traffic lights. The little girl must have crossed one lane of traffic before she was hit.

“The driver was not aware of anything until he heard a bump. He moved no more than a yard before he hit her.

“He was taken to hospital. He has worked with me for ten years and has an excellent record.

“We all regret what has happened and send our deepest condolences to the girl’s family.

“We are all family men here and we are all sorry about what has happened.”

Residents have expressed anger, branding the road “a death trap.”

Mum-of-two Melissa Graham, 30, said: “There have been loads of accidents and near misses on that road.

“It’s an absolute death trap. The council know it’s a dangerous road but nothing has been done.

“There are simply not enough crossing places on the road which forces people to dodge moving traffic.

“Even though cars are travelling slowly up to the lights, it’s still so dangerous. Hopefully now the council will do something to stop more deaths in the future.”

“We couldn’t believe it” : Former solider paralysed in Afghanistan is victim of ‘cowboy builders’

"We couldn't believe it" : Former solider paralysed in Afghanistan is victim of 'cowboy builders'