A six-year-old boy whose fight against cancer touched the nation’s hearts has thanked his supporters and promised them “a massive party” in an adorable viral video.

Doctors had just months to find a stem cell match for Oscar Saxelby-Lee after he was diagnosed with an aggressive blood cancer in 2018.

His parents Olivia Saxelby, 25, and Jamie Lee, 28, launched an appeal for donors and a record-breaking 4,855 volunteers queued in freezing rain when Oscar’s school opened
as a testing centre last year.

More than 10,000 people were tested across the UK until a match was finally found. 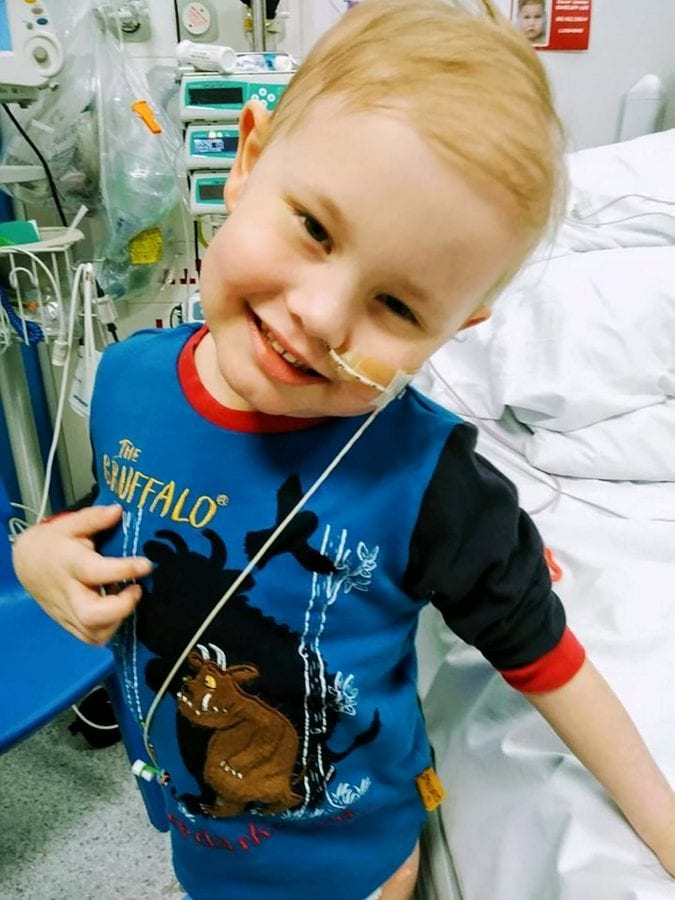 After a crowdfunding campaign raised £600,000, his family flew him to Singapore for pioneering treatment not available on the NHS.

Oscar, of Worcester, was only the second child in the world to undergo CAR-T therapy before having a second bone marrow transplant.

Olivia has now confirmed Oscar has been officially free of cancer for almost five months and the family are now one step closer to returning home.

In a touching video posted on the Hand in Hand For Oscar Facebook page, the brave lad, nicknamed Ozzy Bear, said a heartfelt thank you to his supporters.

Sitting next to his proud mum and dad and wearing his favourite blue-and-white striped t-shirt, he said: “Thank you, when we come home to Worcester we’re going to have a massive party.” 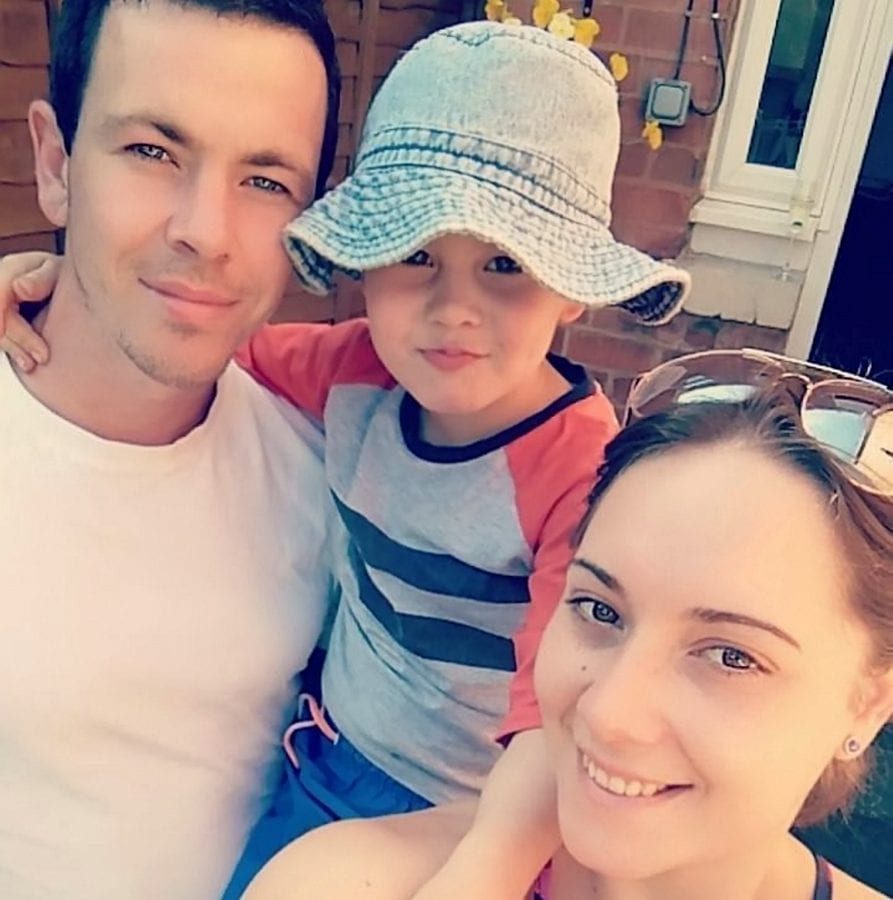 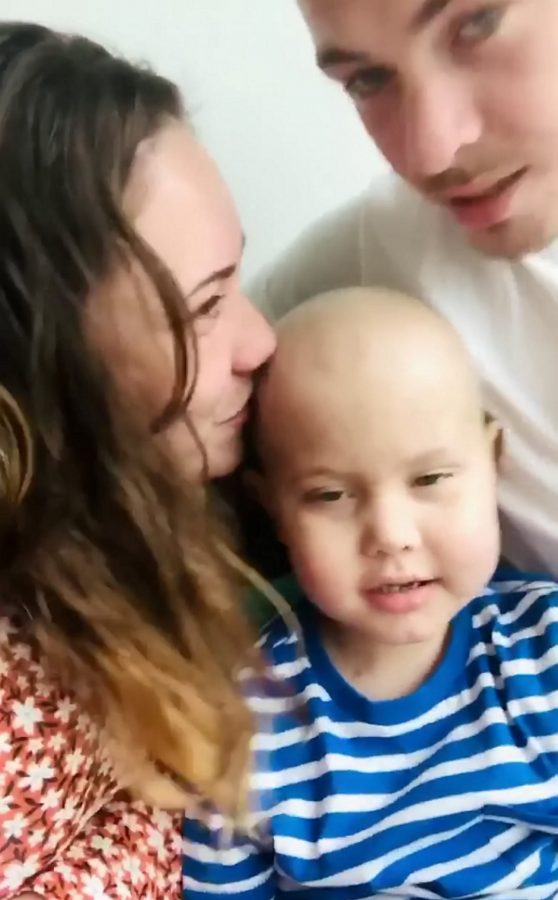 “That’s nearly five months without disease. What an absolute super boy you are Ozzy Bear!

“This is your time now darling, home is getting closer and closer each day. You are quite simply amazing.

“Thank you to everyone from the bottom of our hearts for helping us through!

“And to our amazing oncology team at National University Hospital, we love you.”

Since the video was posted on Wednesday (13/5), the clip has gone viral with more than 50,000 views and shares across the world.

At the end of last year, Worcestershire and the West Midlands came together with the Grace Kelly Childhood Cancer Trust to fundraise over half a million pounds to fund potentially life saving CAR-T treatment for Oscar.

Trust founder Dr Jen Kelly welcomed the news and said his results were potentially for other children in a similar position in the future. 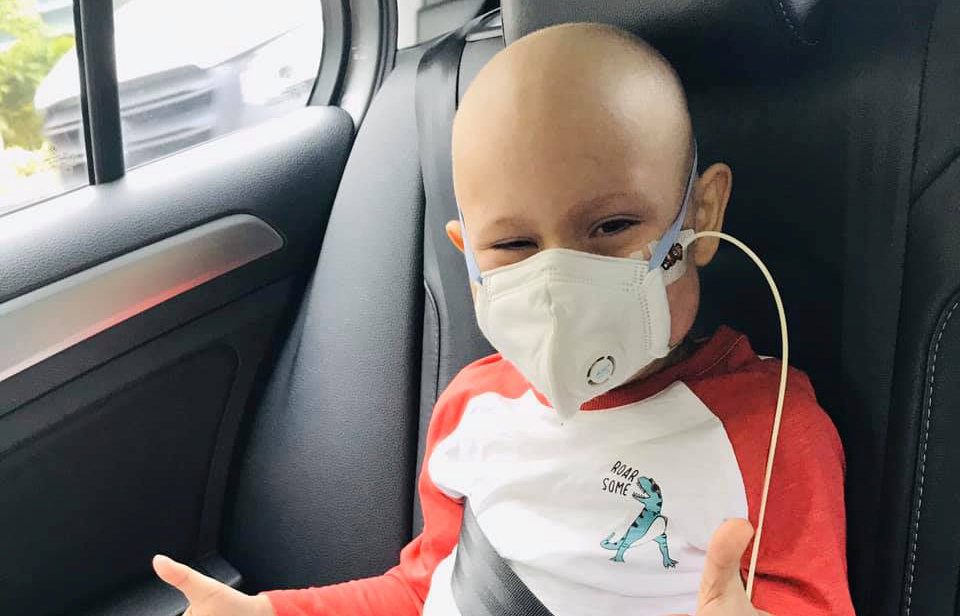 She said: “A lot more research needs to be done in this area and it is unlikely to be a routinely used treatment until a lot more testing is done, but Oscar’s journey proves that it has potential.

“The team are so proud to have been able to have played a key part in the campaign of Oscar Saxelby-Lee in fund-raising for life saving treatment in Singapore.

“We worked tirelessly alongside a great team to make this possible and we are absolutely delighted when Oscar’s mother contacted us with this news today. It is truly heart-warming.”

Oscar still has to have frequent treatment and will be in Singapore for several more months before returning home.

But he has kept in touch with classmates and teachers at Pitmaston Primary School, Worcester, throughout his stay, using an innovative robot nicknamed Ozzybot.

Head teacher Kate Wilcock said of Oscar’s remission: “We are absolutely blown away – the dream has become a reality.”