Striking photographs show patients being treated for Covid-19 inside a major hospital.

Photographer Michael Gillen was granted access to Forth Valley Royal Hospital, near Falkirk, to document the work being done by frontline medics.

Forth Valley Royal Hospital, which was once the largest NHS construction project in Scotland, has discharged around two-thirds of coronavirus patients treated back to their homes, while others have been sent to community hospitals or care homes to recuperate.

But staff have also had to make tough decisions about how to manage deaths from the illness, including asking patients to pick one next-of-kin to spend time with.

Mr Gillen, a photographer with the Falkirk Herald, visited on April 28, when there were around 30 patients being treated on two wards with suspected or diagnosed coronavirus. 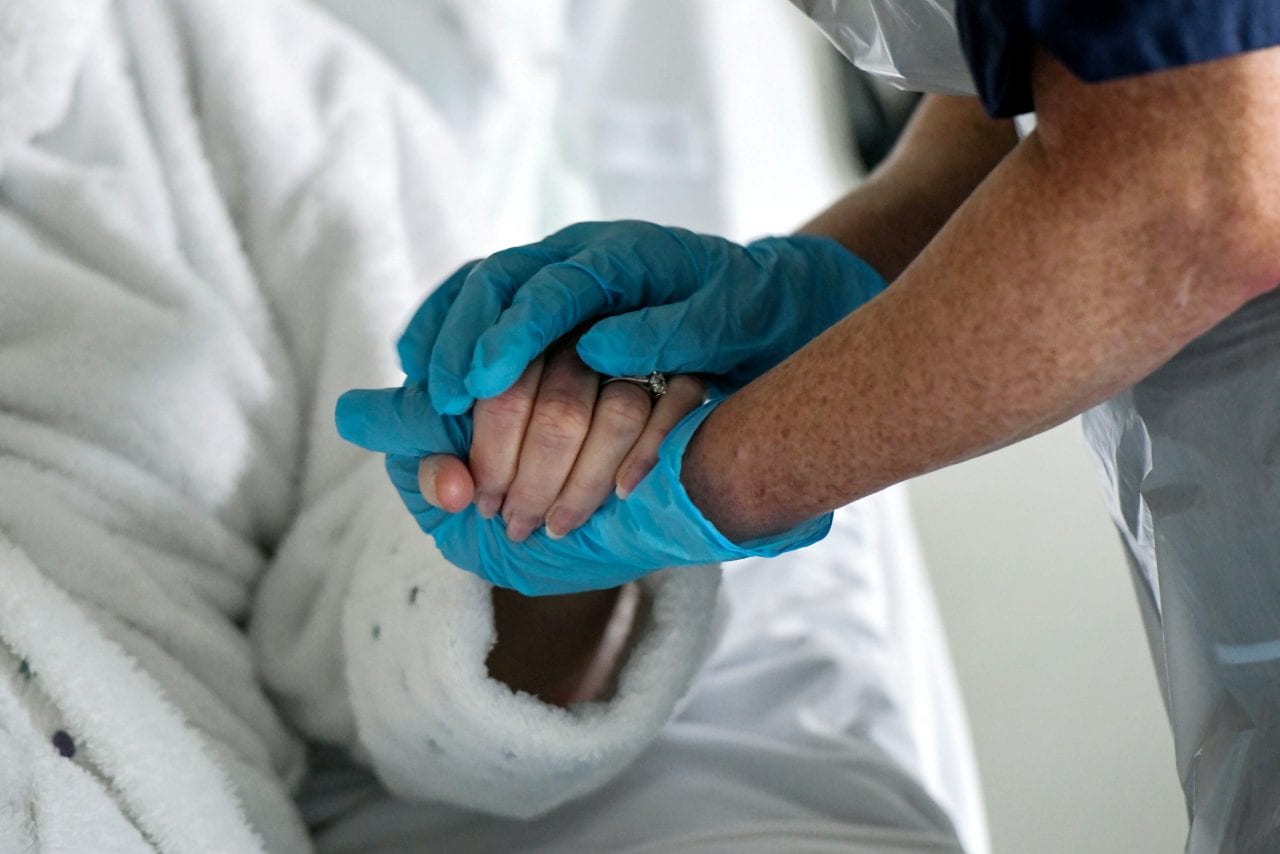 His photographs show nursing staff painstakingly putting on personal protective equipment (PPE), with some smiling despite their face masks.

Coronavirus patient Robin Bennie, 63, was being treated on Ward B12 and has since been discharged home – but said at times he feared he would die from the illness.

The government statistician, from Maddiston, Falkirk, was already being treated for leukaemia when he became ill.

Mr Bennie said: “For about a week I had a fever and then I noticed that I was getting a wee bit short of breath.

“It got to the stage that I couldn’t look after myself so I phoned the hospital and told them all this.

“When I came in the first two days were quite rough and I wasn’t certain if I would live.

“I got a lot of tests done over time and then I was told they were confident that I had Covid-19.

“They gave me some oxygen to help me breathe but it’s not very pleasant as it dries up your nasal passages.

“The nurses and auxiliaries, in fact all the staff, are really on the ball.

“Yes, I’ll admit when I came in I thought that I had completed my last climb.

“You have doubts but you hope for the best and pray to avoid the worst.” 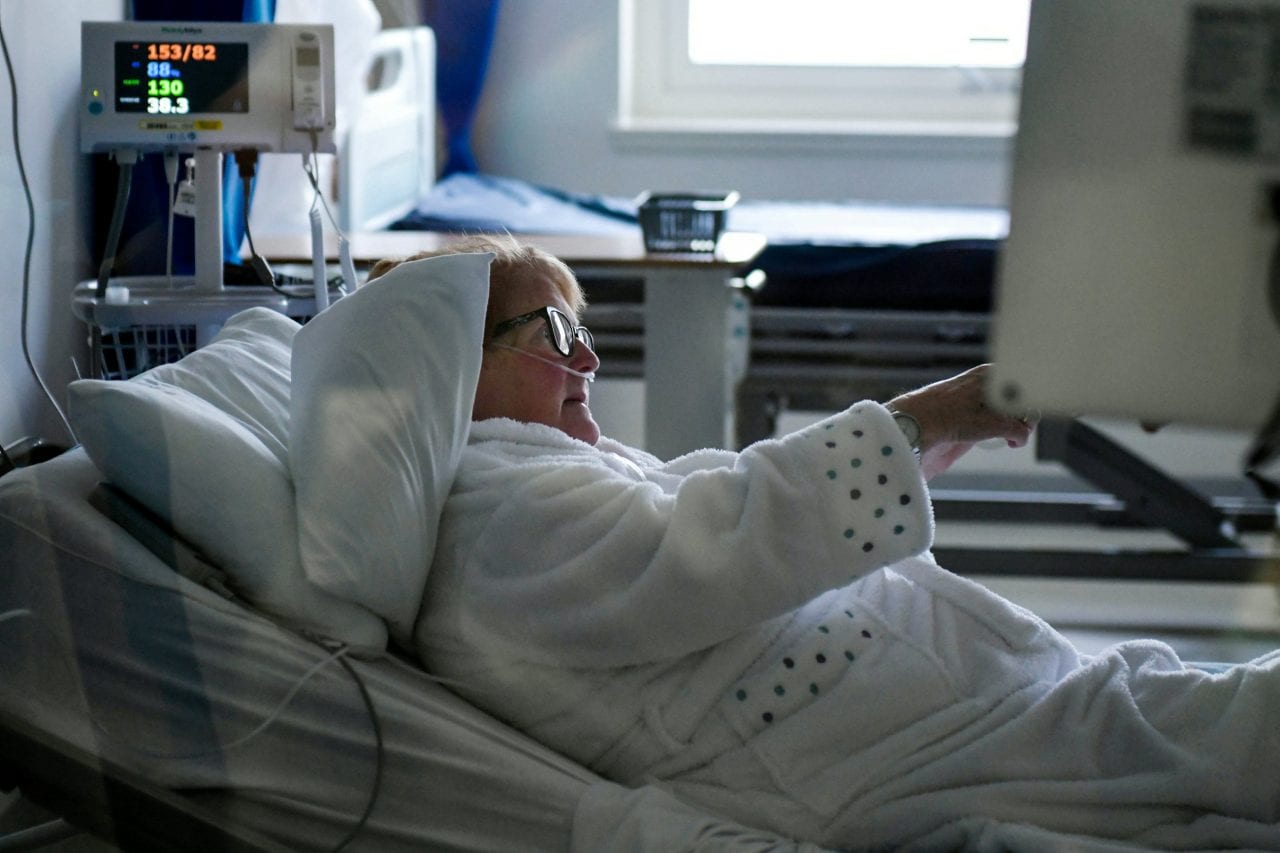 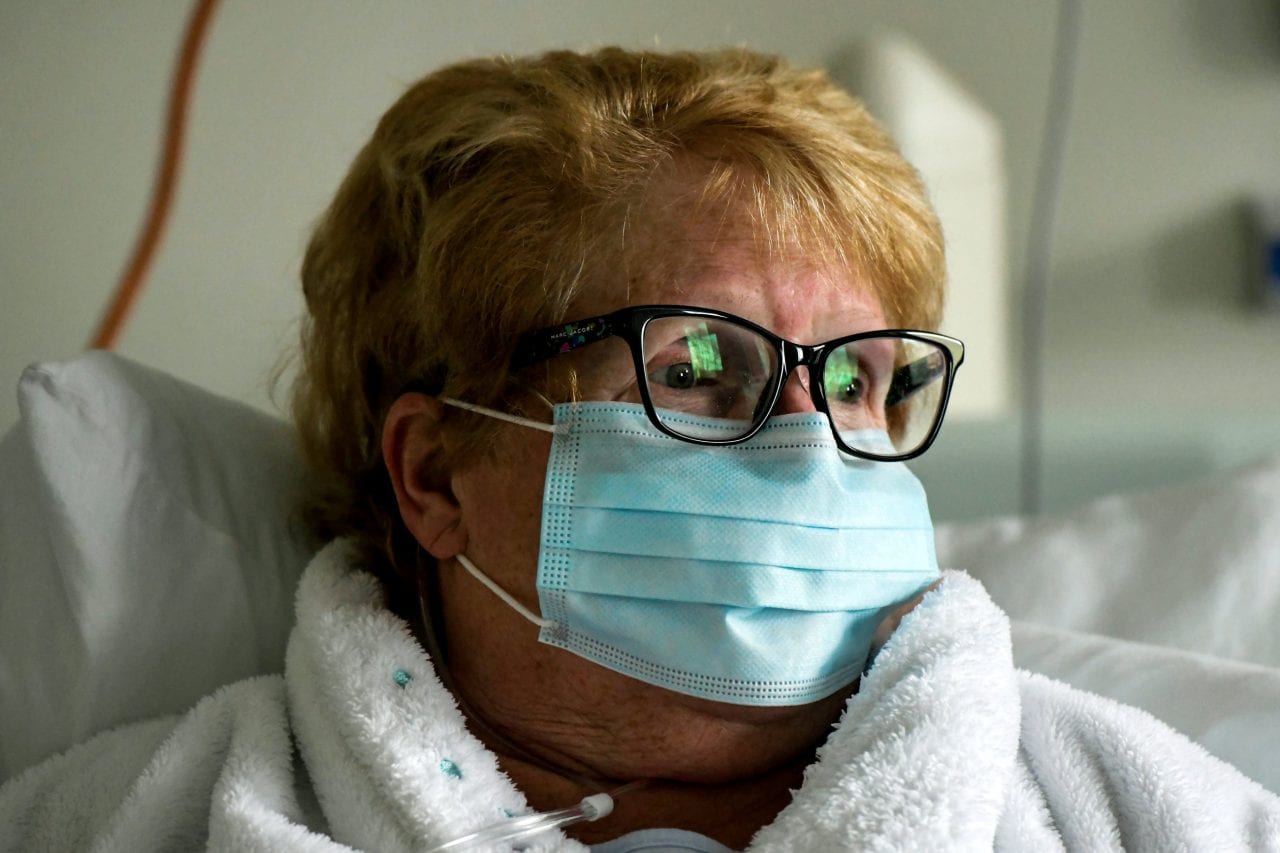 When Mr Gillen visited the hospital there were 18 patients being treated on Ward B12, and another 12 on ward A31.

Senior charge nurse Donna Read who oversees B12 said around two-thirds of these patients were discharged safely to their homes.

Ms Read said: “It was very stressful as people had to adapt to protocols that were changing quickly.

“We were expecting high numbers as seen in China and London but this unit has had about 100 patients with two-thirds of those discharged safely.

“Forth Valley has been very successful in managing Covid-19.”

But she said one of the hardest parts of the situation for medics was dealing with relatives of seriously ill patients. 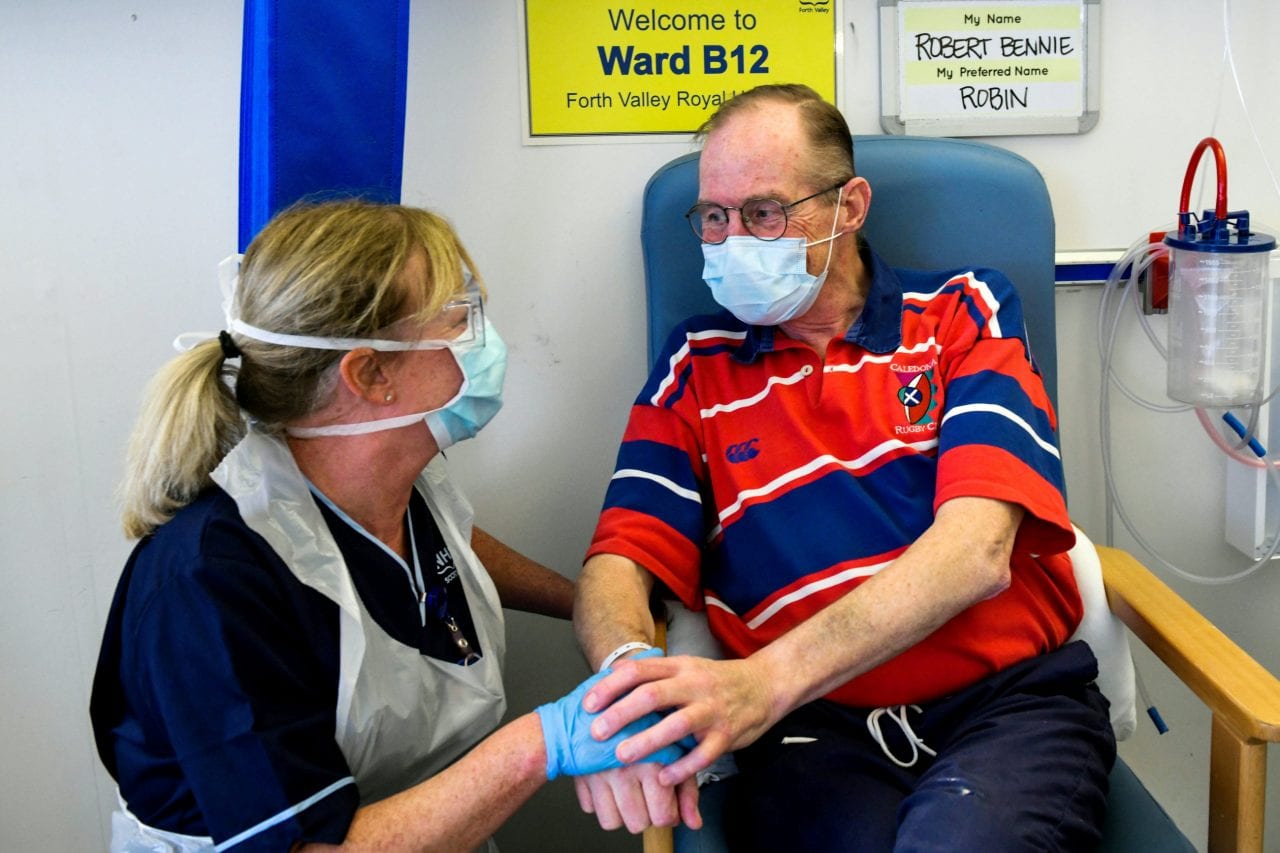 Ms Read added: “People were dying and one of the most challenging parts was around communication.

“We were having difficult conversations with relatives, which normally take place face-to-face, over the phone.

“I found that quite challenging and quite upsetting at the time.

“Next of kin are allowed to come in to spend the last few hours with someone but even then they have to pick one person to come which isn’t easy.”

Medics have made postcards for patients to pass on phone messages from loved ones, and donations of iPads have allowed patients to Facetime with people they care about. 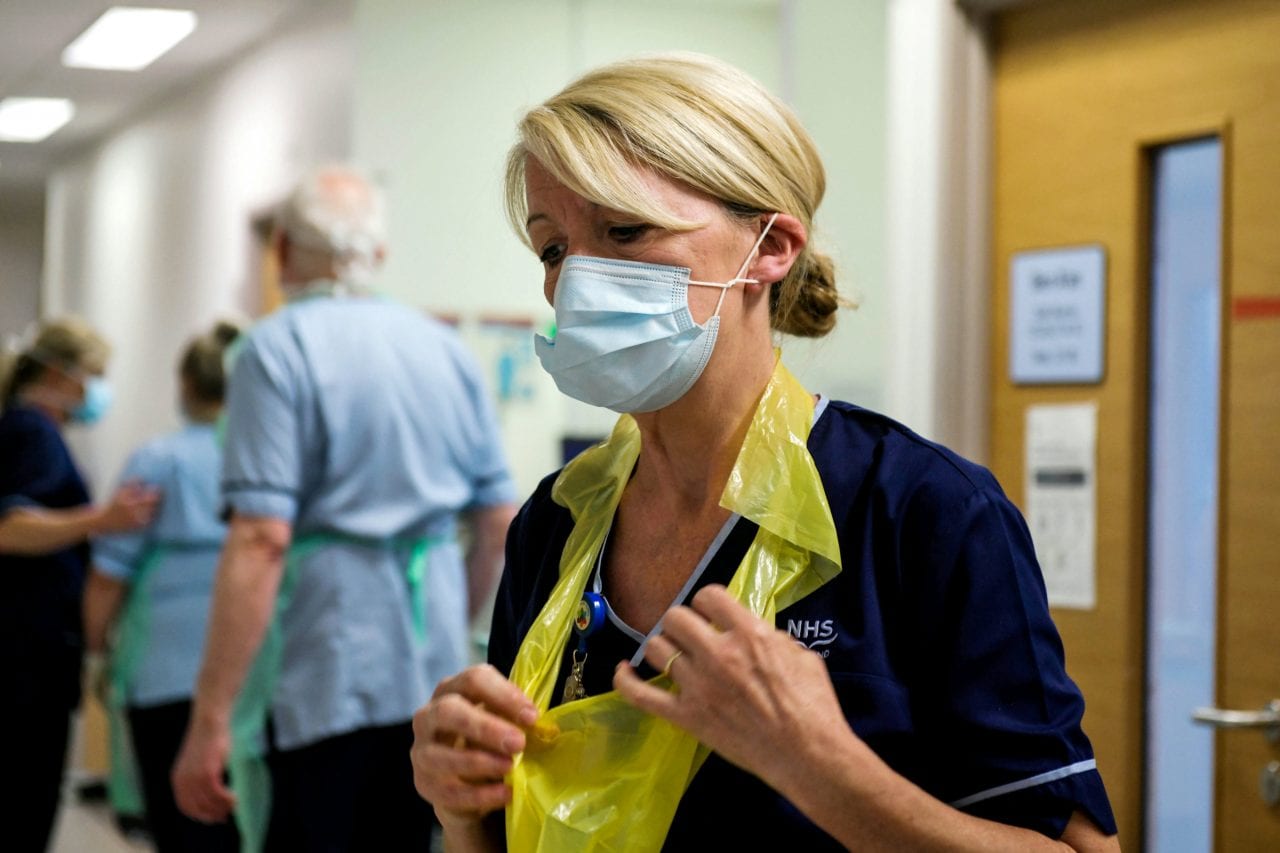 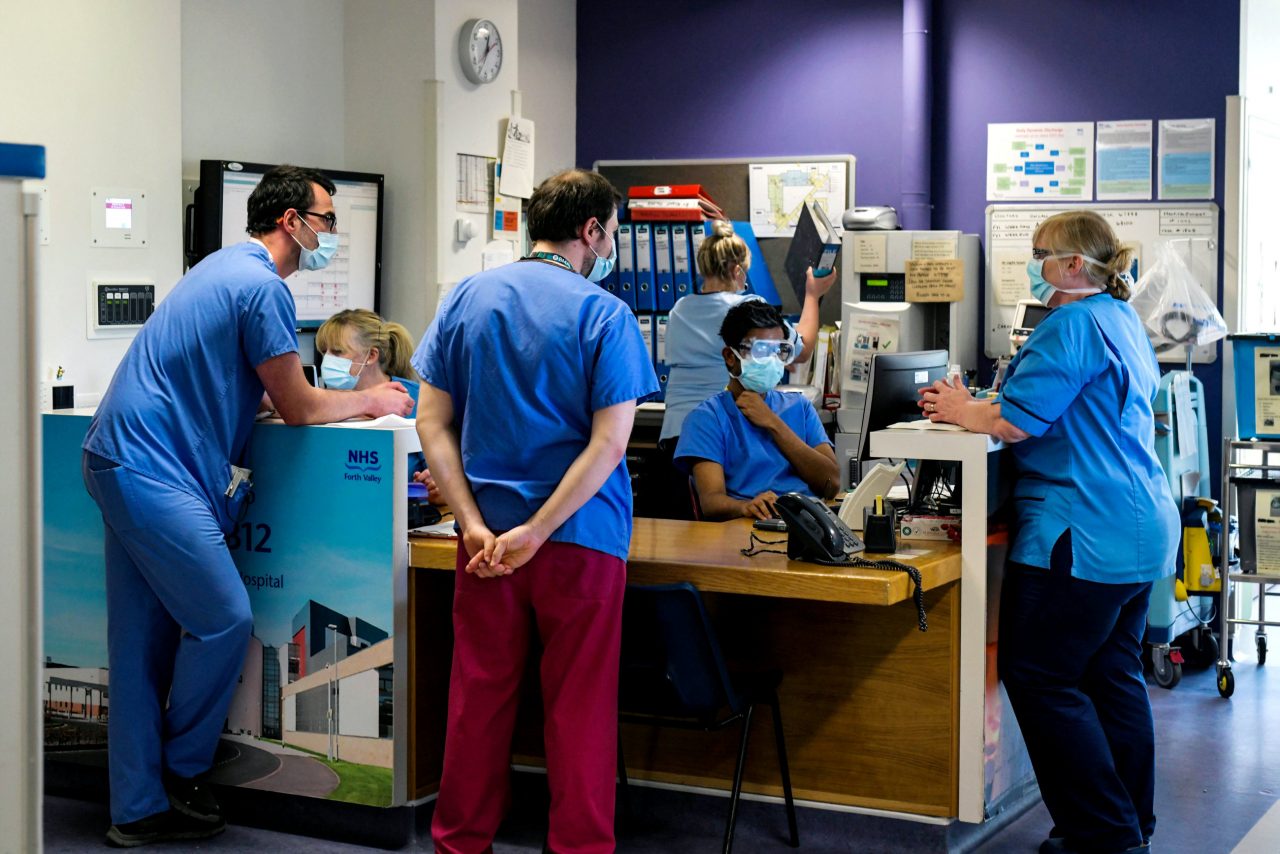 Senior charge nurser for ward A31, Rosario Walshe, added: “It is a very extraordinary time and personally I am proud to be classed as a frontline worker.

“The important message for people to social distance has made a difference.

“Now it is just as important all the good work doesn’t become undone.

“It’s really important that people help us by keeping social distancing going and remember that people have lost their lives.”