HomeFamiliesHealthTop StoriesSuper-slimmer is back in wedding dress she wore 38 YEARS AGO! 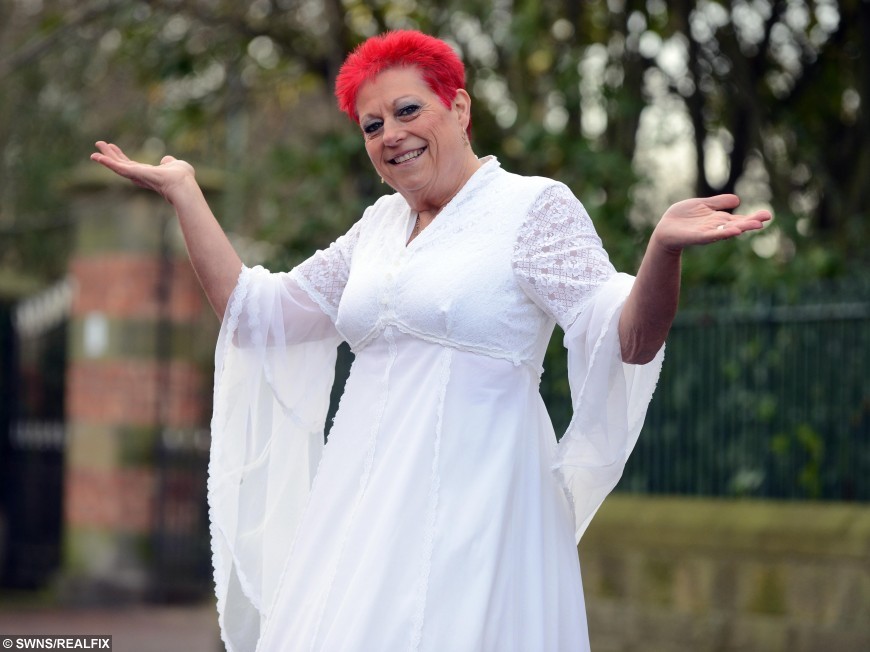 A super slimmer is celebrating after losing HALF her body weight – meaning she’s able to slip back into the wedding dress she wore 38 years ago.

But after going on a 10-stone super slimming spree, she slimmed down to 12st 1lb as is now even able to squeeze into the wedding dress she wore in 1978 as a fresh-face 18-year-old.

The mum-of-three, from Hebburn, Tyne & Wear, said: “I found my dress in a box the other day and just thought I would try it on and I just couldn’t believe it when it fit.

“I was quite emotional about it. It was a week before my 19th birthday when I got married so to think I’m back to the size I was then is amazing. 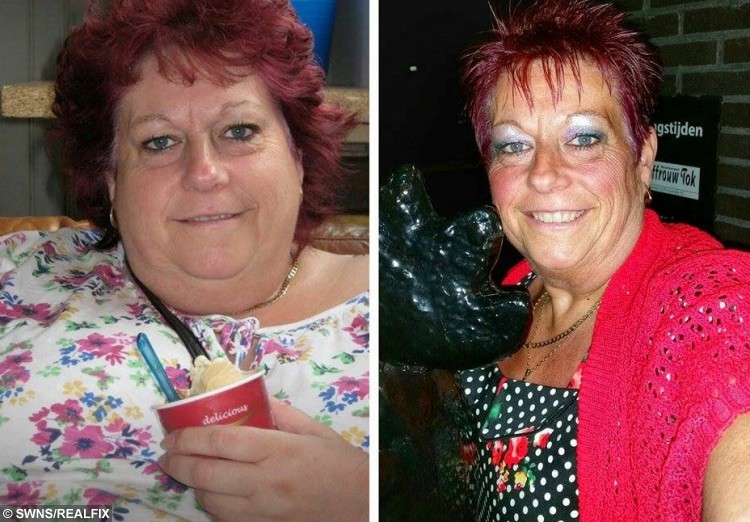 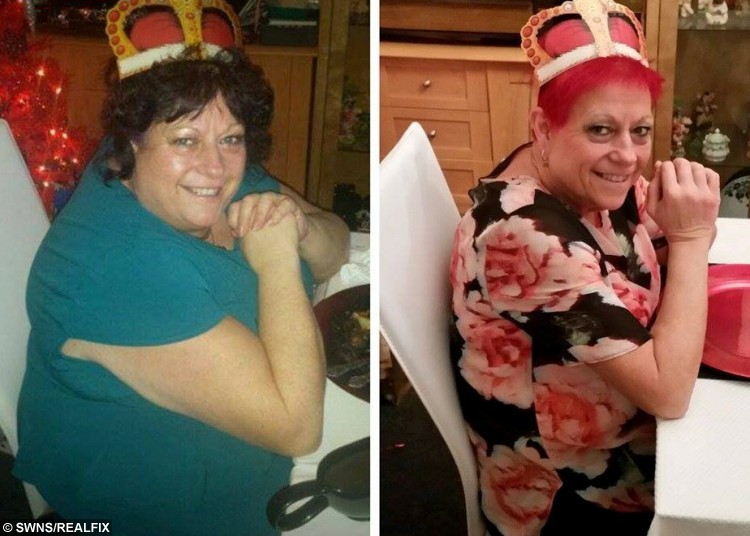 Alison joined Slimming World in October 2014, after the birth of her grandson Joseph gave her the push she needed to ditch the excess pounds.

She said: “After Joseph came along and I was looking after him and he started to toddle about, I thought to myself that if I don’t lose weight, I’m going to miss out on doing so much with him like running around the park and playing with him.”

“I also thought that if I didn’t do something, I might not get to see him grow up.”

“I think I started putting weight on after I got married and had the kids and I’ve yo-yo dieted for years. I’d lose a few stone and think it was going well and then I’d slip and put the weight and even more back on.

“Joseph gave me that shove that I needed and my daughter-in-law, Abby, said she wanted to go to Slimming World and asked me to go with her, and I figured I didn’t have anything to lose.”

Alison on her wedding day 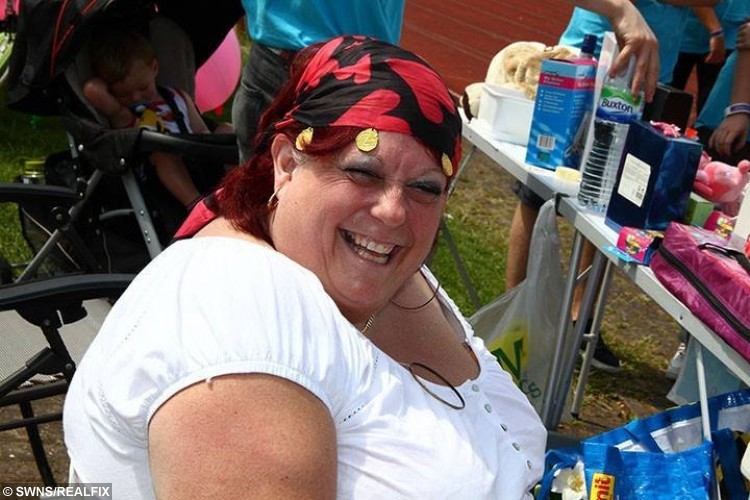 Before the weigh loss

Rapid dieter Alison, who shed 5.5lbs in her first week, has earned the title Woman of the Year and Miss Slinky thanks to her dedication to dieting.

She says that dropping the pounds has given her a new lease of life and spurred her on to do things she never had the confidence to do before.

Alison, who tied the knot with hubby David in June 1978, said: “I was scared to get on a plane in case I couldn’t get the seatbelt fastened and had to ask for an extender, but now the last time I was on a plane was in October and I actually had to tighten the seatbelt. 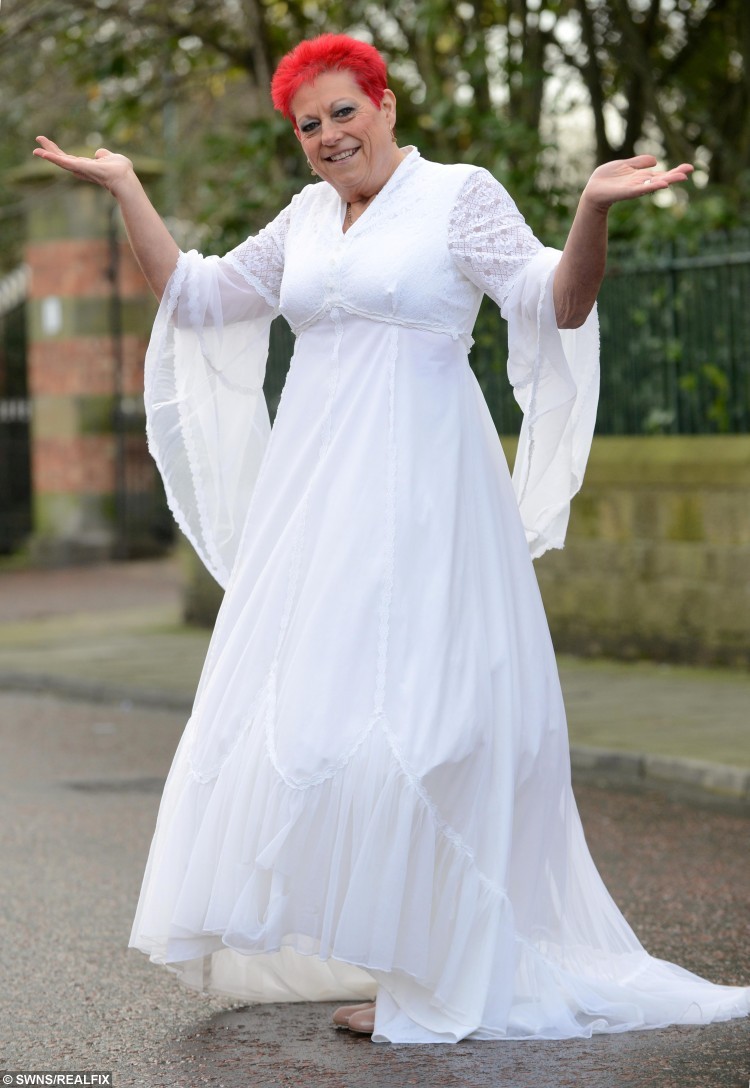 Back in the dress!

“Whenever we’d go somewhere like Alton Towers, I was scared to go on any of the rides, even though I love them, in case I got turned away because I was too big or the safety rails on the seats wouldn’t come down over me, but I can go on all the rides now.

“I was even sat with Joseph in his little wigwam the other day and I probably could have worn that as a dress before.

“If by reading this, one person is spurred on to lose weight then I’ve done my job. I feel amazing and I’m loving life and if I can help one more person feel like that then I’ll be happy.” 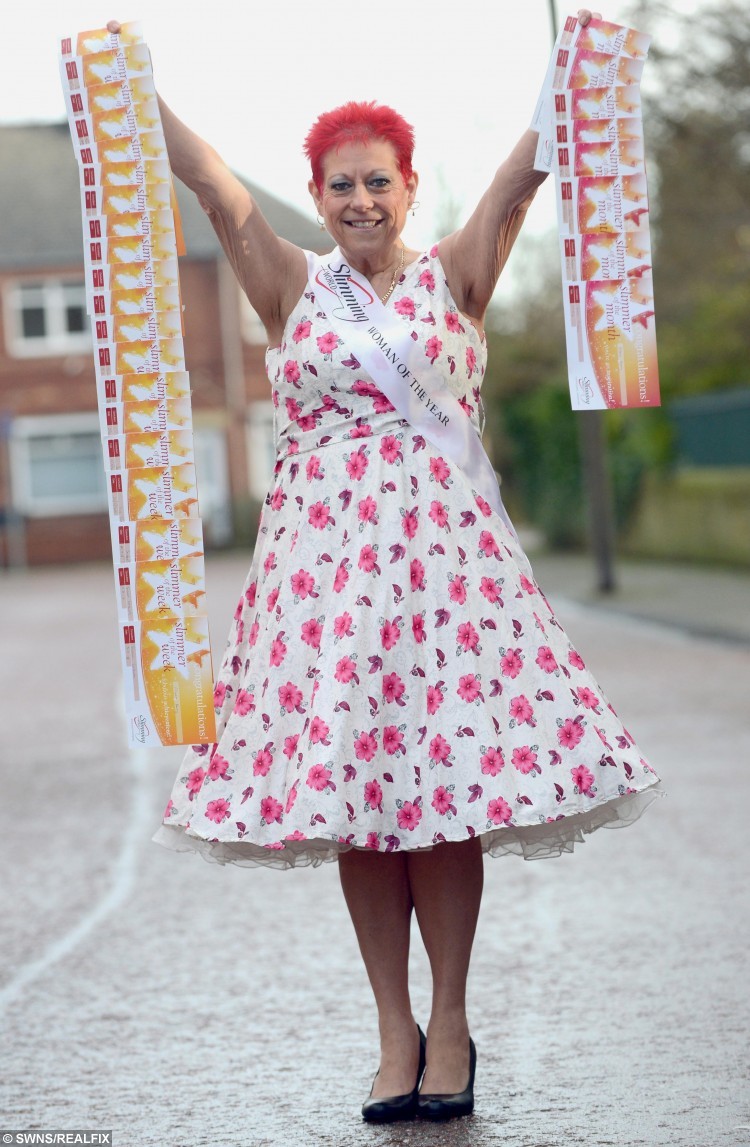 « Previous post Couple fly disabled dog back from India and get him a set of wheels
Next article » If your kids enjoy a Fruit Shoot then you'd better read this...