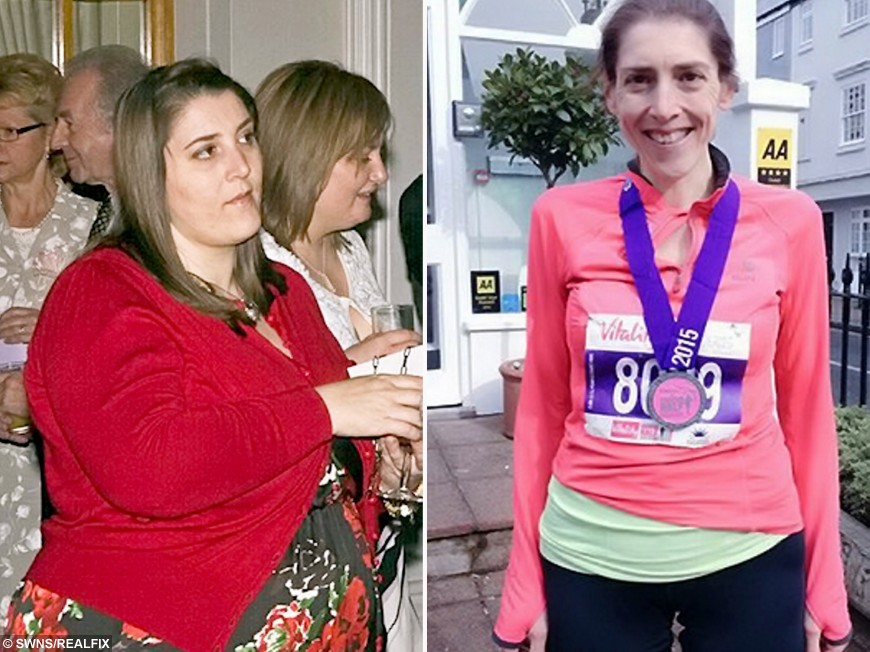 A super-slimmer was shamed into losing over ten stone after she was forced to stand up for an entire 11 hour flight – because she feared she was going to CRUSH another passenger.

Sharon Smith, 43, tipped the scales at over 20 stone and was a bulky size 26 when she went on the embarrassing business trip in December 2012.

The designer struggled to fit into the tight plane seats so ended up standing for the flight to Hong Kong because she feared she would injure a woman in the next seat. 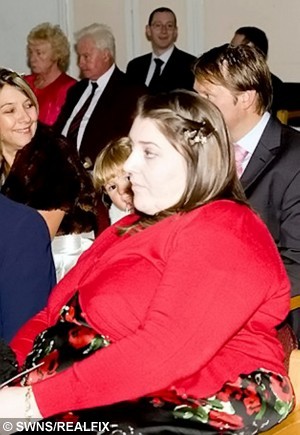 Sharon before she was inspired to lose weight

Sharon decided to lose weight at the start of last year after getting fed up of squeezing into train seats on her regular commutes to London for work.

She quit her high-flying job as a children’s clothes designer in January last year and went freelance which meant she could work at home and go for regular walks at lunchtime.

Single Sharon, who is now a svelte size ten, said: “I was never one of those people who was okay being big, it had always upset me.

“But my head wasn’t in the right place to do anything about it because I had a busy working life.

“I started commuting to London in August 2012 and the business trip to Hong Kong was in December that year.

“I had been travelling out there for ten years but luckily I had always managed to upgrade or have no-one in the seat next to me.

“But this trip coming back I was in economy and it is the one that really sticks out in my memory.

“I remember being rammed in my seat with a lady next to me. I felt uncomfortable not just for me but for her too.

“I ended up standing for the entire flight with my iPod in.

“I was genuinely worried I might hurt the woman in the next seat because of my weight. She didn’t say anything but I just didn’t think it fair for her to suffer because of my size.”

“The flight attendant even offered me the seats they use for take-off and landing. But with the big long-haul jets there is more room to stand.

“I think it was a combination of things that made me lose weight but that experience kick-started me into action.

“On top of this every time I went to London I was fed up of having to squeeze into train seats.”

Sharon, of Halesowen, West Mids., estimates she was well over 20 stone when he joined WeightWatchers just under two years ago.

She eventually weighed herself in June 2013 and tipped the scales at 18st 6lbs and then lost another four stone by following diet plans.

But she shed most of her weight by taking up running last January and still goes for four long runs every week.

The designer has since completed two 10k runs last year and even ran the Brighton half marathon in an impressive two hours and 59 seconds in February this year. 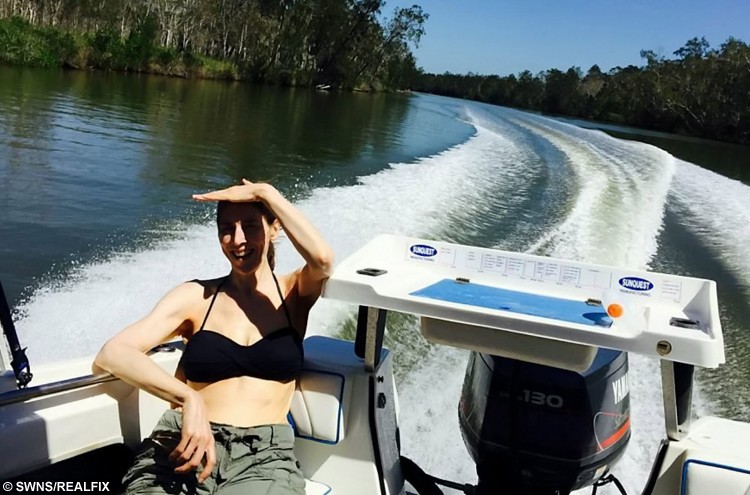 Sharon, who is also running the Morrisons Great Birmingham 10k run this Sunday (3/5), added: “I was definitely over 20 stone at the worst.

“I had been losing weight for months before I first weighed myself.

“The weight loss really picked up when I started running, it really helped with the momentum.

“Once I started training for my first 10k race last summer, the pounds really dropped off.

“I think it was a mix of things that caused the problems, I knew my diet wasn’t healthy.

“At the weekends I tended to graze the whole day through so there wouldn’t be that many minutes when I wasn’t eating, it was constantly chocolate and crisps.

“Now I don’t buy any processed foods, I don’t even buy ready-made bread and I try to make everything from scratch.

“I eat a lot more fruit and veg and try to eat health fats like nuts.”