Chase Brown, aged 7, who was told he can't play football for his team Milton Nomads because he doesn't have the regulation safety glasses. See SWNS story SWSPECS; A seven-year-old has been told he cannot play for his local football team - because he needs GLASSES. Chase Brown joined his local team at the start of the season but only managed to play one game before a welfare officer said spectacles contravenes safety regulations. He has needed glasses since he was three though, with mum Danielle Hesketh saying he becomes agitated without them. Chase, who supports Aston Villa and Barcelona, joined Milton Nomads JFC last July but only managed one game for the club before he was banned.

A seven-year-old has been told he cannot play for his local football team – because he wears GLASSES.

Little Chase Brown joined his local team at the start of the season but only played one game before a welfare officer said spectacles contravened safety regulations.

Keen footballer Chase has worn glasses since he was three and, apart from being unable to see properly, becomes agitated without them.

Chase, who supports Aston Villa and Barcelona, joined Milton Nomads JFC last June and played every week before being banned this season.

His mother Danielle Hesketh, from Worle, Somerset, condemned the ruling which forces her to pay £125 for special sports glasses – which she can’t afford.

“I feel sad because I just want to play football with my friends and nanny just bought me new boots,” said Chase.

Danielle revealed she had already paid out a registration fee of £25 and was ready to fork out another £60 for the club’s kit – but is unable to pay another £125.

She said: “He’s always had glasses and he’s always worn them to training and matches, he wears them at school and the coaches know that.

“Then a couple of weeks ago he was playing in a match against Portishead and after the match the manager said there had been a complaint about Chase wearing glasses.”

“He said that Chase would only be able to carry on playing if he got rid of his glasses or buy a special pair of goggles.

“I told the welfare man that and he said: ‘if you don’t have the money to play the sport then you can’t play’.

The single mother-of-five added: “No one can understand the decision. Lots of people have said how disgusting they think it is.

“It just seems like they’re discriminating against him – it had never been a problem up until now.”

“He’s been offered to play for other teams which is really nice, but it means he won’t be able to play with his friends.

“I just don’t understand why they have done it now – it just doesn’t seem fair.”

FIFA guidelines say officials should show tolerance when allowing the use of glasses, especially for young footballers. 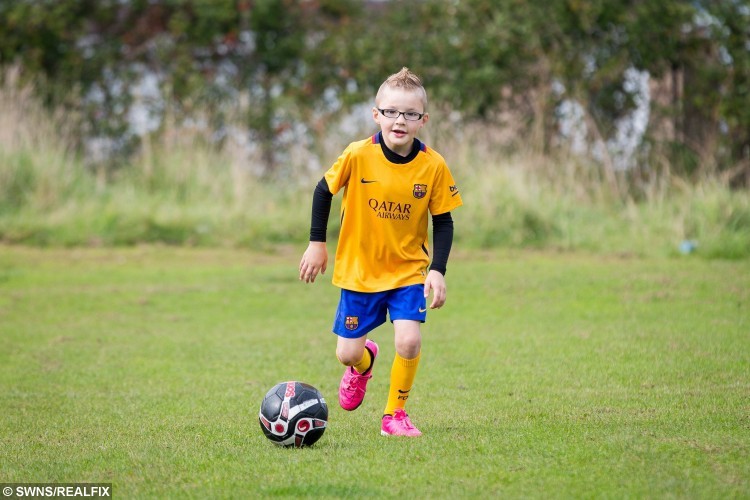 “Therefore, we encourage referees officiating in grassroots youth football to be tolerant over glasses.”

The guidelines go on to say it is the referee who has the final say.

Alan Alder, welfare officer for Milton Nomads Juniors, said the club was doing everything it could to resolve the situation but was tied by Somerset FA.

He said: “As regards Chase, I have asked for a bit of time to sort out things, given that suitable protection wasn’t easily available, a solution recommended by most articles on the subject.

“I am working with all the agencies concerned (Insurance, the FA, Somerset FA, League Welfare and local opticians) to understand what we must do to give the best possible experience within our means.

“Since Milton Nomads are affiliated to a superior county body (The Somerset FA) we are only authorised to operate under their rules and best practices.” 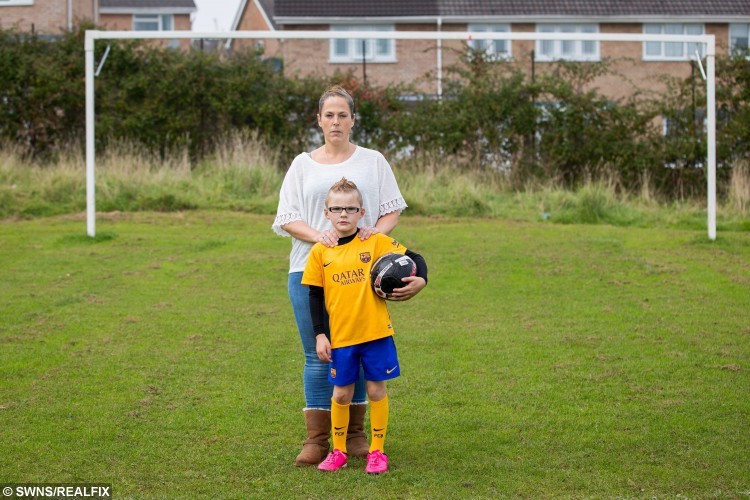 Somerset FA added that it must follow FIFA guidelines by emphasised that young people should be shown tolerance.

John Pike, chairman of Somerset FA, added: “The individual referee has to show concern for all those playing in the game.

“And if that referee thinks there is something dangers in the glasses, then in order to protect all the players and wearer, the referee has the authority to say the glasses must not be worn.

“The first duty of a referee is the protection and safety of the participants.”

Mum refused refund from easyJet despite being diagnosed with breast cancer