A teenager born resembling a ‘broken doll’ has received makeup for the first time for Christmas – after having her face painstakingly rebuilt.

Kira Yates, 13, suffers from a rare condition which meant she was born with malformations of the skull, face, hands and feet.

However, four years after pioneering surgery where her skull was “smashed and reshaped”, fashion-obsessed Kira asked to be bought makeup for the first time.

Her proud mother Michelle, 52, said Kira, who ‘used to get the mickey taken out of her looks’, has thrived since the series of major operations in 2014.

She said: “When she had the surgery we lost Kira and gained an entirely new girl.

“It has completely changed her life. Kira has started a dance class, is doing really well at school and has become a typical teenager.

“There are still many things that she won’t be able to do but she has done so well.

“Kira has started to love fashion and has asked for make-up for the first time this year. She keeps up with the latest trends, she is a completely new person.

Kira, from Ulceby, Lincs., has had more than a dozen major surgeries in her life already – including the 14-hour operation at Liverpool’s Alder Hey Children’s Hospital to lift her sunken face.

The surgery involved inserting metal plates into Kira’s face before fitting her head with a metal frame – which she then had to keep on for three months.

Since having the frame removed, the brave teen has struggled at state school from bullies – but has been moved to another specialist school where she is now thriving. 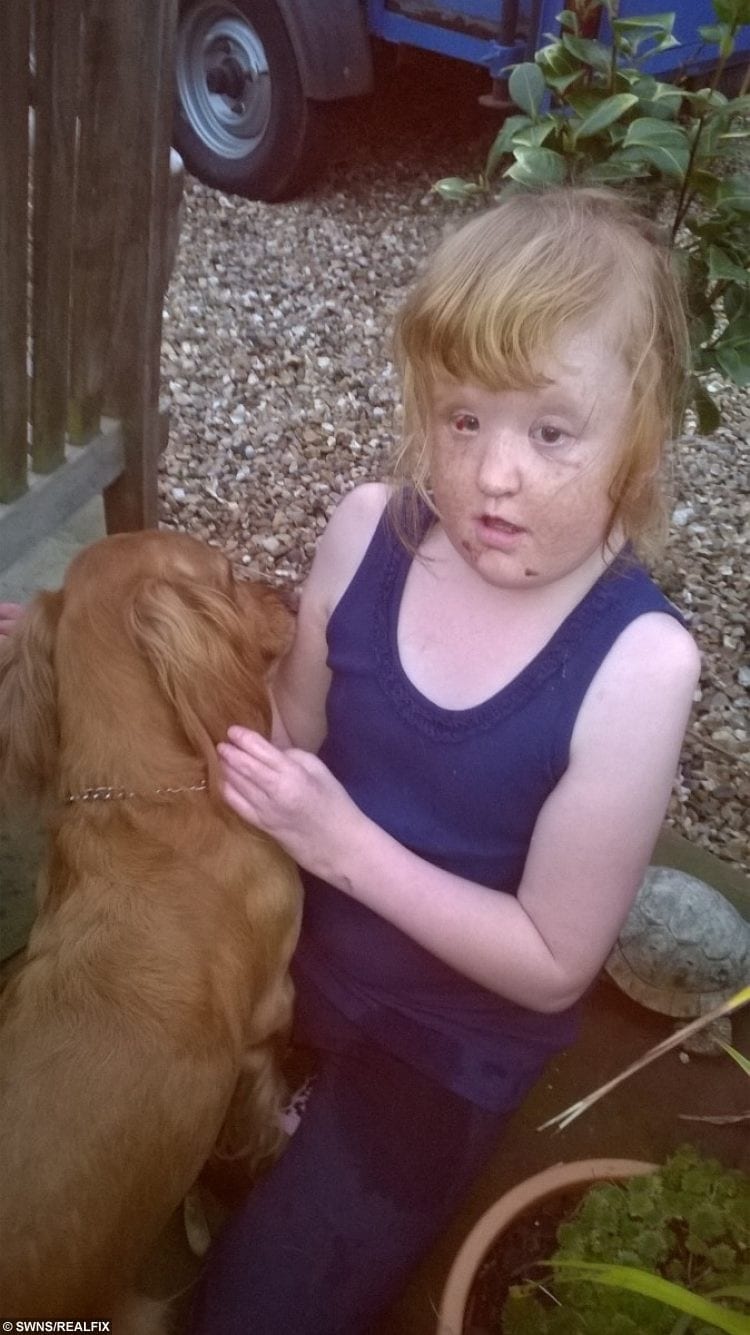 She said: “The children can be so cruel. Kira knows she is different but doesn’t understand why at this point.

“As she gets older she is asking more and more questions [about her condition].

“Since she moved schools, Kira has done so much better. She is happy now and has a lot of friends.”

Apert syndrome is a condition involving abnormal growth of the skull and the face due to early fusion of certain sutures of the skull.

Children with the condition have bulging eyes that are usually wide-set and tilted down at the sides. 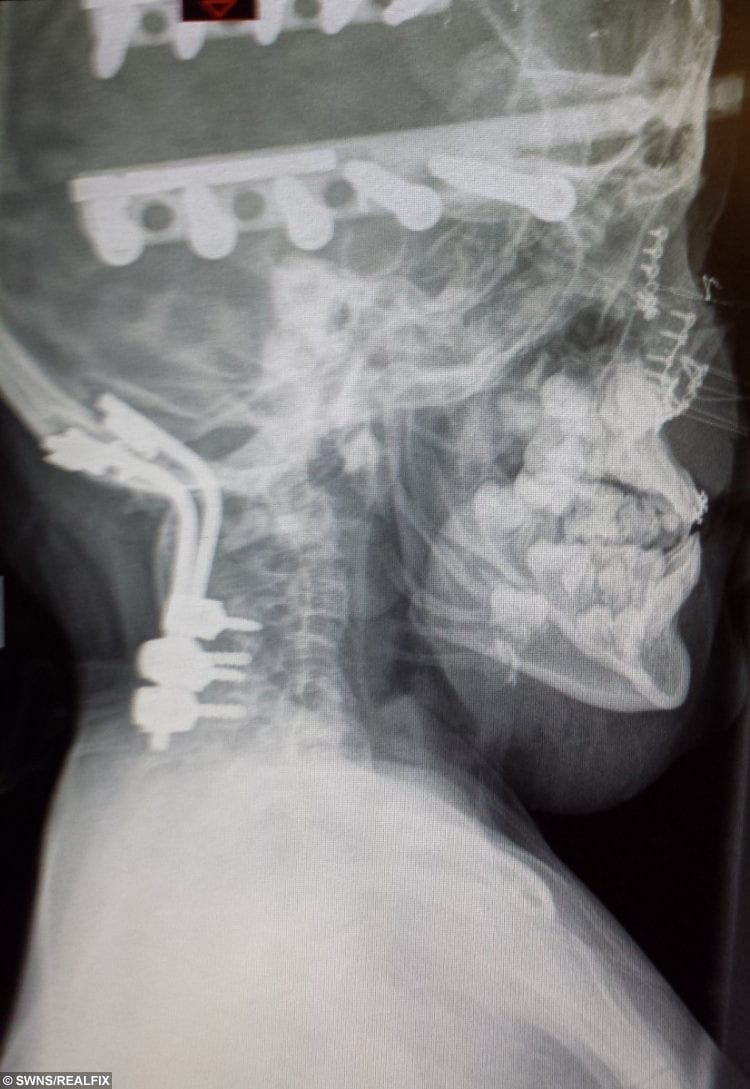 They are known to have problems with teeth alignment due to the underdevelopment of the upper jaw while some have cleft palate.

Among other anomalies, children with Apert syndrome have webbed fingers and toes.

While she had the frame on her face, Kira incredibly continued to be able to feed herself.

She now attends a dance class and loves watching Youtube videos and spending time with her new friends.

Michelle, who also shares two older children, Ryan, 22, and Victoria, 20 with husband Mark Yates, 46, added: “She loves everything to do with fashion now. She has bought herself some trendy new leggings and is keeping up with all of the trends of her friends.

“Kira is just like any other schoolgirl. The surgery has allowed her to be more independent.

“There is light at the end of the tunnel now.”

To find out more information about the condition visit: https://www.facebook.com/groups/apertsyndromeawareness/