A brave teenager is celebrating entering remission after fighting blood cancer – a condition only diagnosed after his family suspected he had FOOD POISONING.

George Harrison was taken to the doctor’s following a celebratory Mother’s Day meal this year when his parents believed he had eaten something that disagreed with him.

However, the 13-year-old – who initially suffered from headaches and nausea – was given the devastating diagnosis he had Hodgkin’s Lymphoma.

The strain of cancer is a particularly aggressive form of blood cancer which affects just 70 children a year. 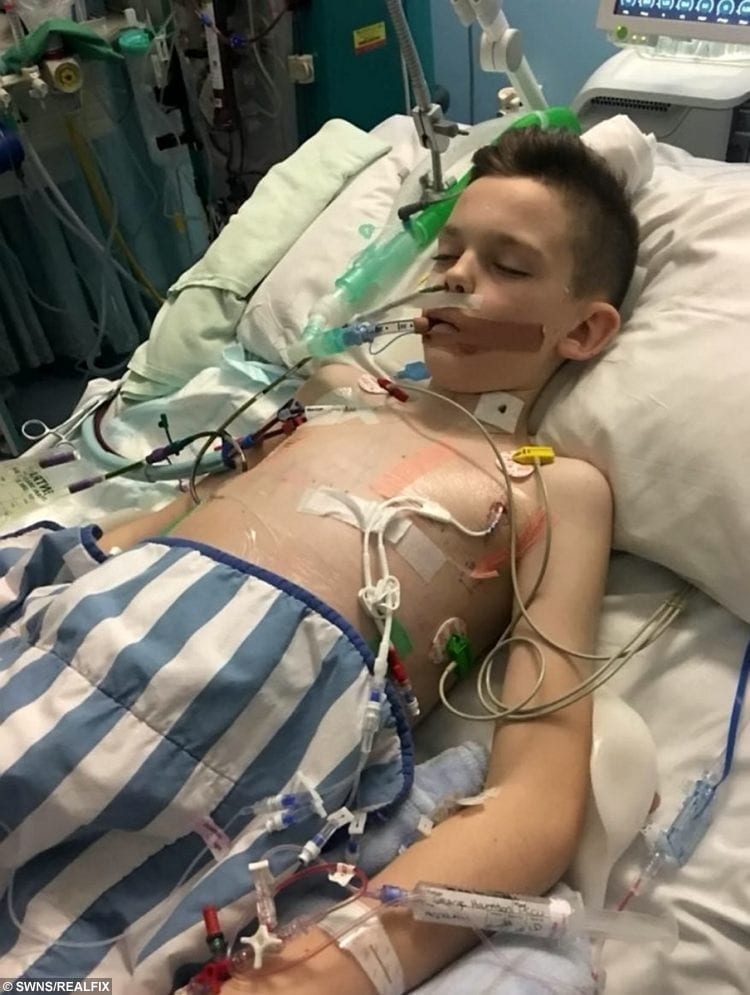 Thankfully, George entered remission in October 2018 having fought the condition.

Incredible footage shows the emotional moment the teen rang a bell to signal he had entered remission on the ward, before rushing to embrace his proud mother.

His mother Charlotte Harrison, 51, said: “On the day, we were all very nervous and tense, because we didn’t know what the answer would be.

“There was a lot of emotion and happy tears for days afterwards.”

On Mother’s Day this year, George began feeling ill after a celebratory meal at a restaurant close to their family home in Doncaster, South Yorks.

His parents initially believed the sickness was due to food poisoning, and took George to their local GP.

The schoolboy was then transferred to Sheffield Children’s Hospital, where he was admitted to the Intensive Care Unit.

A biopsy was then conducted, where the clinicians confirmed a diagnosis of a particularly aggressive form of Hodgkin’s Lymphoma.

Each year, around 70 children aged up to 14 years old are diagnosed with the condition and it accounts for 4% of childhood cancer diagnoses.

Recalling the diagnosis, Mum Charlotte said: “We just felt numb. We didn’t have time to think about anything else other than making sure George got better.

“We had to think positive.”

One of the clinicians at the hospital even cancelled her wedding venue planning to operate on George, as his condition was so serious. 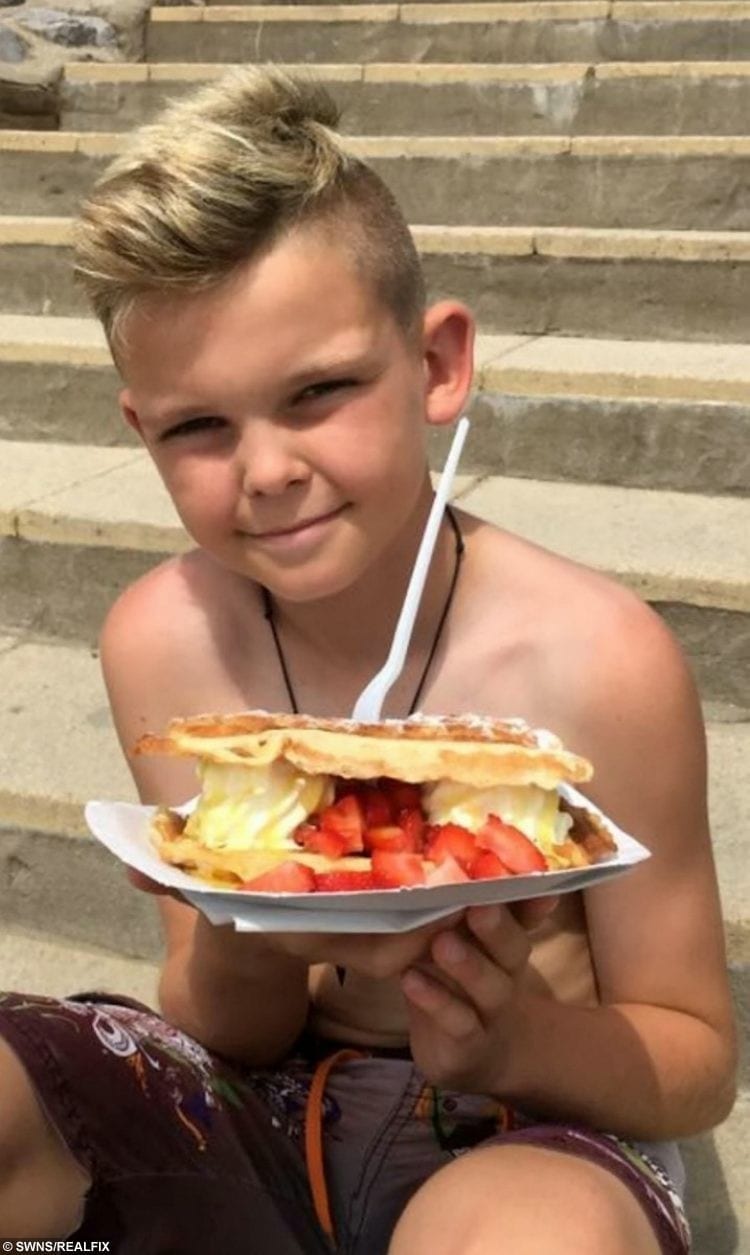 Charlotte added: “She came to see George later and she said to us, ‘I couldn’t go to a wedding venue when I saw how ill your boy was!’.

“Actions like that are testament to the care [at the hospital].

“She’s brilliant and worth her weight in gold, but she’s not alone, the staff here are amazing”.

George then endured several months of chemotherapy, which although extremely effective in killing off the cancer cells, caused him nausea, vomiting, hair loss and tiredness.

The teenager lost over two stone in weight, falling to under five stone and had to learn to eat and walk again.

Despite spending the vast majority of their treatment on the Cancer and Leukaemia ward, the family also stayed in the recently-opened new wing of the hospital, after George contracted an infection.

Inspired by the improvements, George’s family have been fundraising to transform the Cancer and Leukaemia Ward that treated him.

Under the appeal launched by The Children’s Hospital Charity earlier this year, the transformed ward would create private patient rooms with en-suite facilities, giving patients a place to make their own and space for a parent to sleep comfortably alongside them.

The redevelopment will also increase the ward footprint, with larger bed bays and more isolation rooms.

It will also expand the space for children to play and more than double the size of the ward classroom, ensuring illness does not interrupt patients who wish to continue learning. 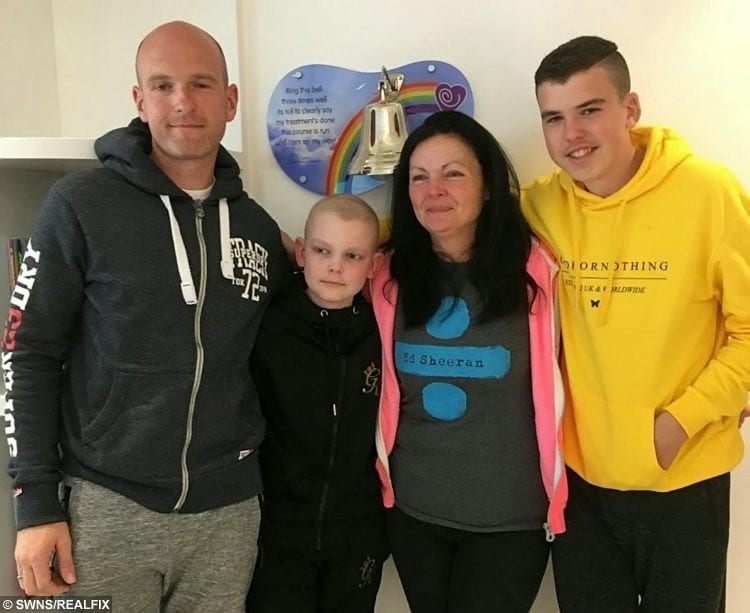 In total, the family have raised over £10,000 for The Children’s Hospital Charity.

Over £7,500 was raised by a JustGiving page set up by George’s 15 year-old brother Roger.

A team of 21 nicknamed ‘Harrison’s Heroes’ took on the Team Theo Inflatable 5K in August and the family have held charity darts nights to boost their fundraising.

Thankfully, due to the care George received at Sheffield Children’s Hospital, he entered remission in October and celebrated by ringing the ward bell.

George has now returned to school part-time as he continues to build up his strength. Nevertheless, the family are determined to help ensure families battling cancer have not just the best possible care but the best possible experience too.

Charlotte added: “We can’t thank Sheffield Children’s Hospital enough, from the doctors and nurses, right through to the cleaners on the ward.

“We will continue to do anything we can to raise money for the new ward and make it better for others”.