A teenager who was diagnosed with Asperger’s Syndrome has been told he will have to prove he’s autistic to council staff – otherwise his benefits will be axed.

Ethan Boffin, 16, was diagnosed with Asperger’s Syndrome aged seven but benefits bosses said he needed an assessment to maintain his disability allowance.

His furious mum, Annie Boffin, 44, said he was “frightened” by the prospect of travelling alone from Ramsgate, Kent, to Canterbury.

She said: “He was asked to travel to Canterbury to be assessed to prove he is autistic.

“This has caused a lot of distress and anxiety, he was frightened.

“How do you expect a person with autism to prove they have autism when they have trouble understanding the world around them and have great difficulty finding the right words to say to explain themselves?

“Ethan struggles with that and it isn’t fair.” 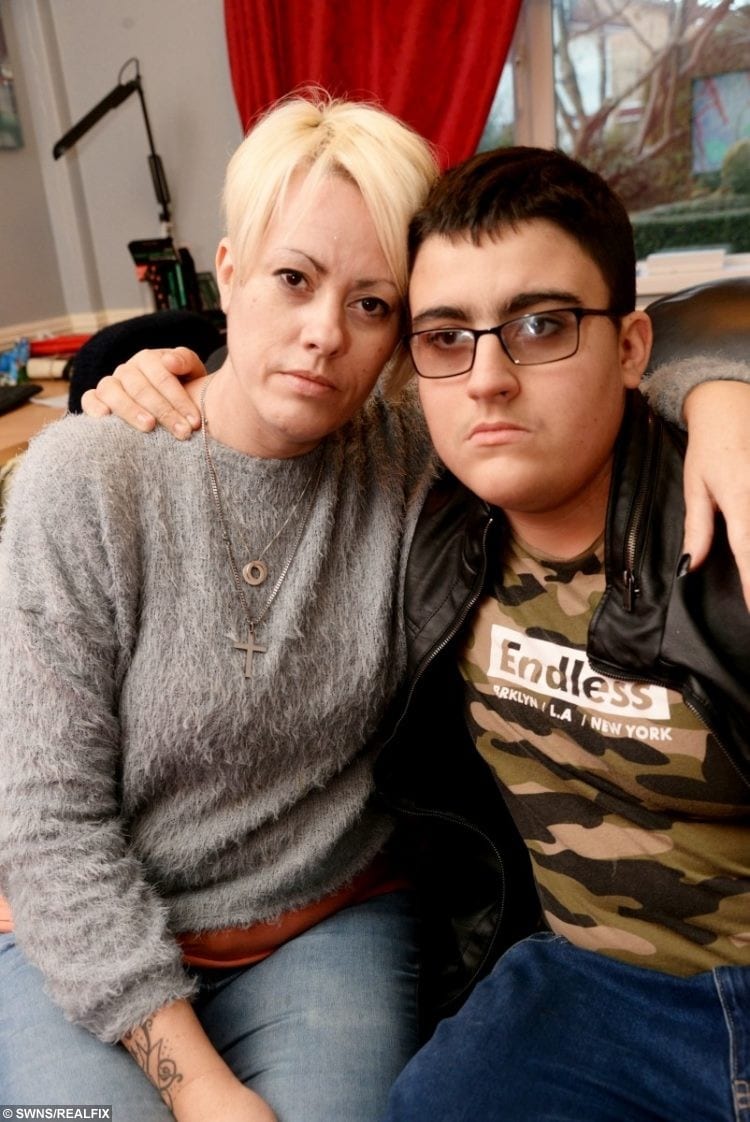 He has received a disability allowance since childhood but the Department for Work and Pensions said he needed an assessment when he turned 16 in August.

His benefits were switched to a Personal Independence Plan, which Annie, who is also mum to Melissa, seven, thought would be straightforward.

She said the assessor was kind, the family should never have been asked to go through it in the first place.

She said: “The assessment went OK and the lady interviewing us was lovely. It’s the whole system.

“He will always have autism and to travel from Ramsgate to Canterbury to prove it was awful.

“It is upsetting because he uses that money for extra support at home and he has been thriving.

“Without this money, we won’t be able to afford it anymore.”

A DWP spokesman said disability learning allowance remains for children but that a PIP assessment is necessary at age 16 to ensure people receive the correct support and could result in extra money.