by RealFix
in Crime, Health, Must Read
0

A teenage boy left covered in blood and needing stitches after being attacked by a clown has warned that people could die because of the craze.

Owen Russell, 17, was left with a head wound when a tree branch was thrown at him by a masked person trying to terrorise people as the ‘killer clown’ craze sweeps the country.

The schoolboy said he was lucky not to have been killed or to have lost an eye in the attack.

He said he and a group of his friends spotted the clown, who was wearing a mask with orange hair and a red nose and had a ‘sinister laugh’, on a path in Dinnington, South Yorks., Tuesday night.

When challenged by the teens as the clown approached them, the masked attacker walked off carrying a branch before turning round and hurling it at the group – hitting Owen on the side of his head, and leaving him with a V-shaped wound which needed stitches.

Owen, who is from Anston, South Yorks., said: “I felt my head and there was blood everywhere. I had to take my T-shirt off to try to stop it while my friends chased the clown, but he got away.

“He started to run once he realised he had hit me. He knew what he had done but he didn’t stop. There was blood everywhere.”

Now, Owen is warning that people could die as the craze gets out of hand.

“I could easily have lost an eye or been killed – this clown craze has to stop now, it’s getting out of control.

“I’d heard about clown sightings in other parts of the country but would never have expected it in Dinnington. It was a bit surreal and freaky when we first saw the clown in the distance but then to deliberately hurt someone takes this craze a step too far.

“People doing this to frighten people need to stop before somebody dies.”

On the same night there were reports of a clown chasing a group of children in Dinnington and earlier this week a pregnant woman and toddler were also reportedly chased. Reports have also been received of a clown armed with a baseball bat frightening people while driving around Wickersley, South Yorks., with clown music blaring out of their car.

“Owen was badly injured but it could have been so much worse. I was shocked when I saw him covered in blood. The branch just missed his eye by a matter of inches.

“People dressing up as clowns and doing things like this need to stop now before it’s too late.”

A police probe into the incident is underway. Anyone with information should call South Yorkshire Police on 101.

Cops in South Yorkshire have confirmed a rise in ‘killer clown’ incidents after a teenager was attacked with a branch and left with a head wound.

Owen Russell, 17, was left covered in blood and needing stitches after being attacked by a masked person trying to terrorise people as the ‘killer clown’ craze sweeps the country.

Now, South Yorkshire Police have said that there have been 61 reports relating to incidents involved people dressed as clowns in the county between September 21 and yesterday (Wed). 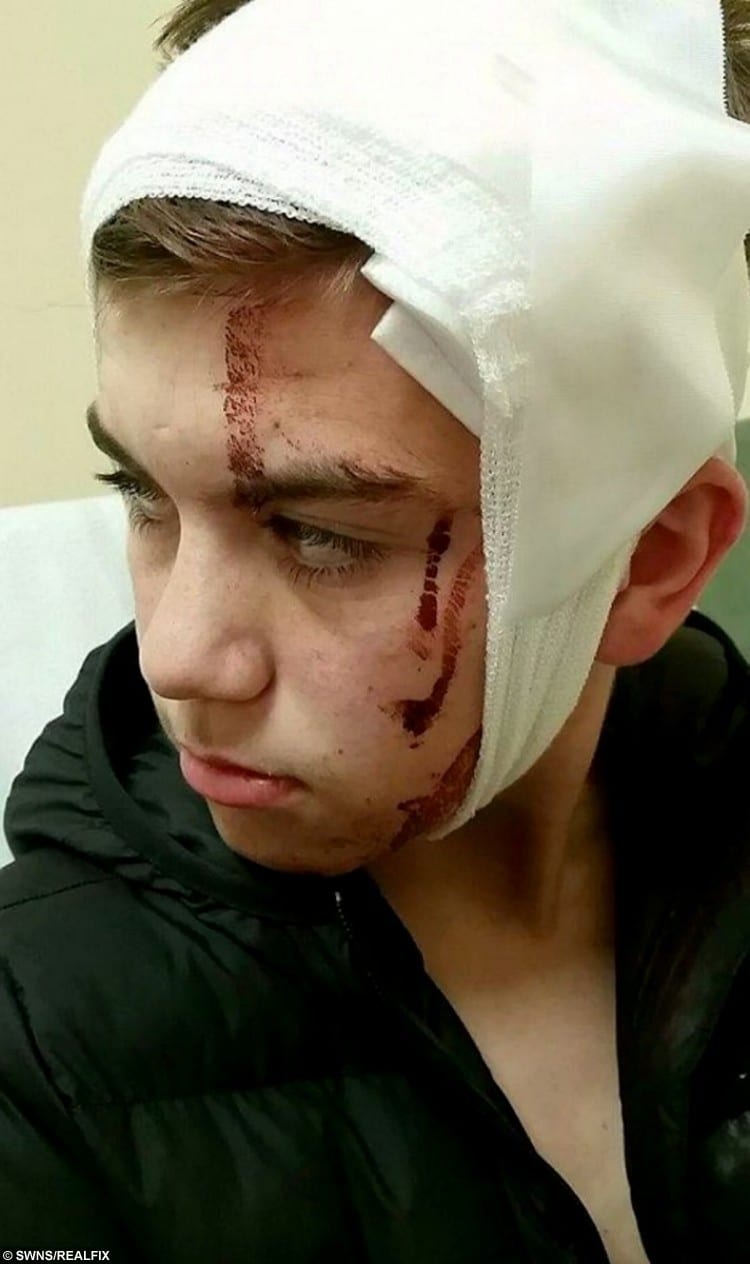 A spokesperson for the force said: “The incidents include people being dressed as clowns knocking on windows and doors, and children and adults being frightened. There have also been two reports of clowns with knives, which are being investigated by police.

“An incident in Dinnington, Rotherham, on Tuesday night is also under investigation after a 17-year-old boy was assaulted by a man dressed as a clown. It’s been reported the boy was approached by the man at around 9pm in Lordens Hill and a wooden log was thrown at him, causing a cut to the victim’s head. He received treatment at hospital and has since been discharged.

“Officers are working with the victim and enquiries are ongoing. Anyone who witnessed what happened can call South Yorkshire Police on 101, quoting incident number 1145 of 11 October 2016.” 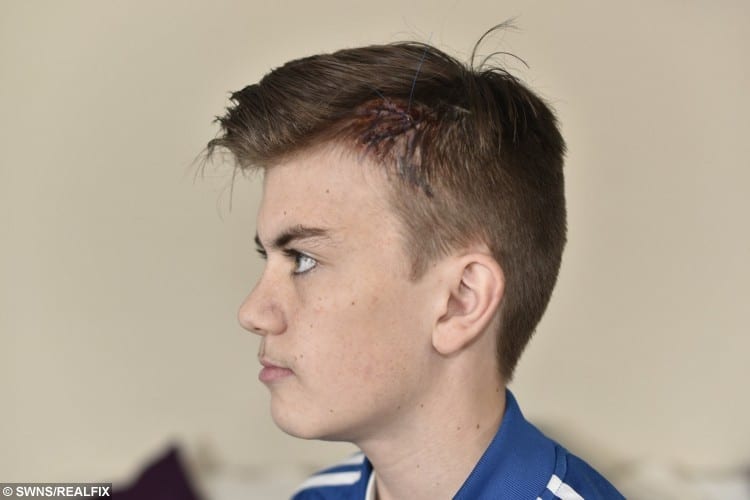 Superintendent Colin McFarlane added: “There is a clear distinction to be drawn between young people who might be dressing up as we move into the Guy Fawkes and Halloween period and those that are dressing as clowns in order to commit public order offences or harassment.

“Clearly those that are crossing the threshold of criminality, and especially if they are carrying weapons, will be dealt with accordingly.

“I need people to understand the consequences of their actions and to take responsibility for them – South Yorkshire Police will not tolerate criminal behaviour.

“I urge anyone who feels frightened or threatened to report it to police.”

Anyone who is concerned or would like to report an incident should call 101.

You will never guess what this dad found in his Lidl coleslaw!

World’s most travelled cat? : McVitie the cat has covered 100,000 miles around europe in eight years

World's most travelled cat? : McVitie the cat has covered 100,000 miles around europe in eight years