A primary school pupil battling leukaemia was given the chance to examine the cancer cells under a microscope as she spent a day in a hospital lab working as a scientist.

A primary school pupil battling leukaemia was given the chance to examine the cancer cells under a microscope as she spent a day in a hospital lab working as a scientist.

Arabella Muir, aged ten, wore a white lab coat as she became a ‘trainee biomedical scientist’ for the day – and even spotted blood cells which appeared to be smiling.

The brave schoolgirl was able to understand the blood and bone marrow tests that she has to regularly undergo after spending the day alongside scientists from NHS Lothian.

The initiative at the Royal Hospital of Sick Children, in Edinburgh, was launched by charity Harvey’s Gang to help youngsters who might be worried or frightened by medical examinations. 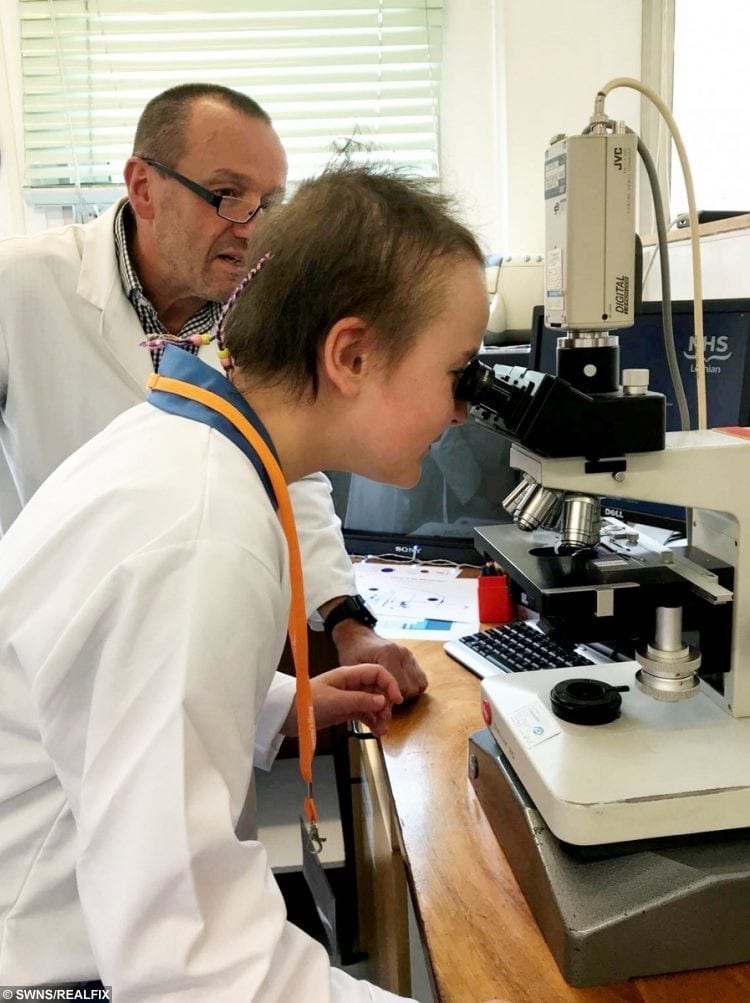 Arabella, from Kirkcaldy, Fife, said: “I saw how the blood sample arrives in the laboratory and I got to put on stickers on the tubes and scan them into the computer.

“Then I put them into a tube that spins it in a circle really fast.

“I found it really cool how the blood and the plasma were separated in this big machine and how they got a sample from just the tiny bit of blood that was left.

“Then I got to look through a microscope at a sample of my bone marrow from when I was first diagnosed and my most recent sample.

“I found it cool when we looked at blood cells (Neutrophil) and one of them looked like it had eyes and a mouth and it was smiling – that was my favourite cell.”

Dressed in a mini-laboratory coat and a personalised NHS Lothian I.D badge, Arabella was described as a “fantastic visitor” and medics said she “kept them on her toes”.

Her father, Keith, said: “It was great to see Bella have such a good time touring the lab and asking lots of questions I would never have thought to ask.

“It was also good to see leukaemia cells under the microscope and put a face to what she’s fighting and gain some further understanding of it.”

Leukaemia is a group of cancers – with over 130 different types of blood cancer – that usually begin in the bone marrow and result in high numbers of abnormal white blood cells.

These white blood cells are not fully developed and are called blasts or leukaemia cells.

Although 94 per cent of people diagnosed with leukaemia are adults, it is the most common form of cancer in children.

But nowadays more than 90 per cent of children diagnosed with the most common form of childhood leukaemia survive. 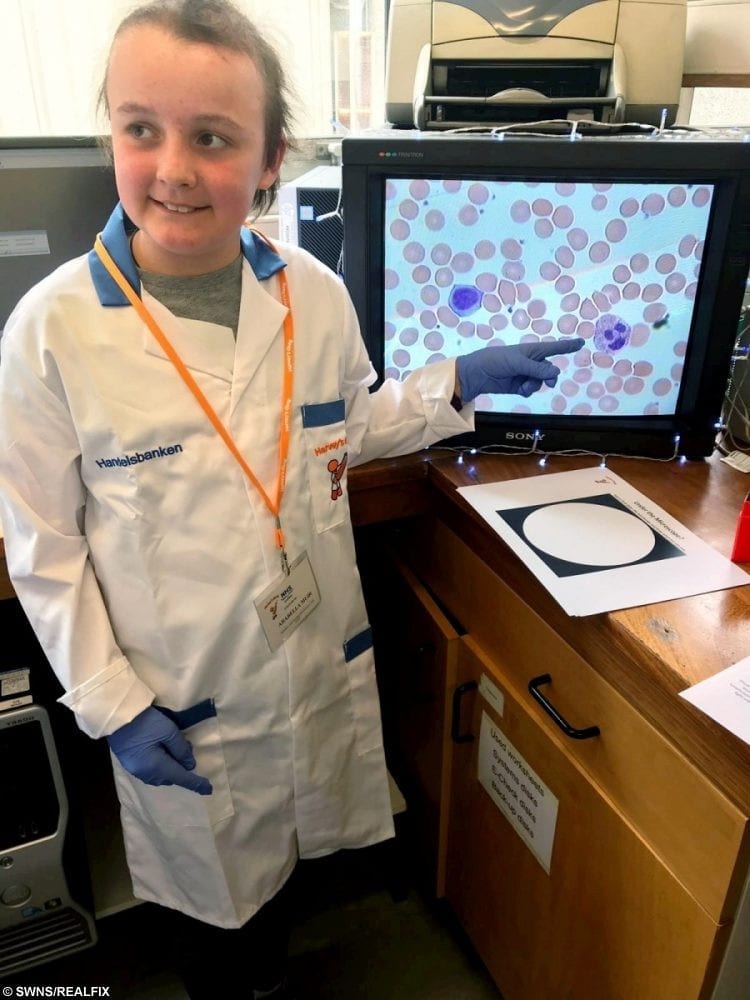 “It acts as a powerful reminder for us that behind every blood sample received into the department, there is a patient.

“Arabella was a fantastic visitor.

“Not only was it a pleasure for the staff to get the opportunity to meet her, but she asked lots of questions to keep us on our toes.

“We also got the chance to explain how we analyse blood samples and how important the results are in treating her illness and making her feel better.”