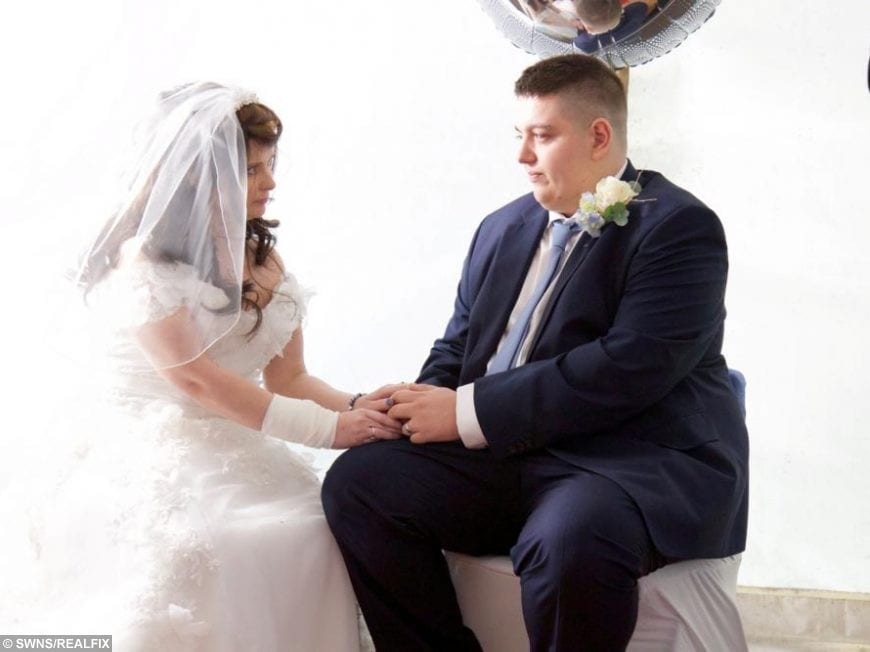 A terminally-ill mother has died just days after friends organised her dream wedding in just 36 hours.

Tasha Burton, 36, was admitted to a hospice on 27 November at 10am and at 1pm on 28 November she and fiance, Daniel Corley, walked down the aisle.

The couple, who had been together for three years and have a 19-month-old son, were building a life when Tasha was diagnosed with bowel cancer in October 2017.

After a year of battling the disease, a recent scan revealed that the tumours had spread to her lungs, liver and lymph nodes and doctors said she only had two weeks to live. 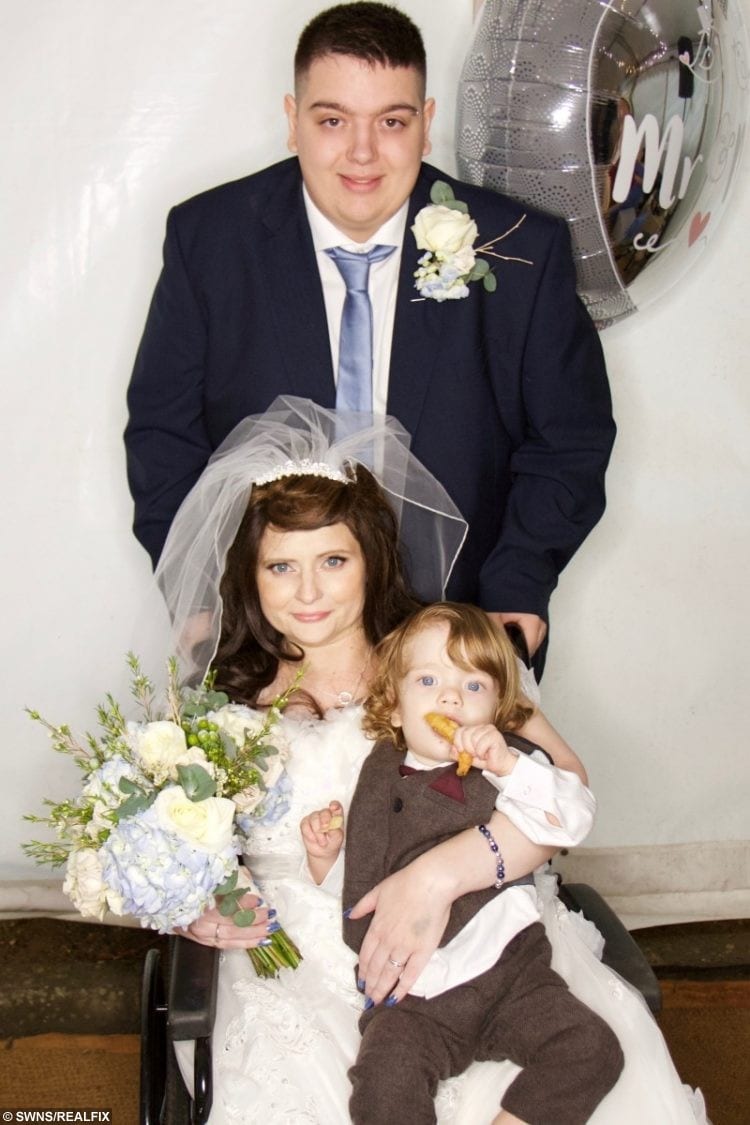 She put an urgent request on Facebook through the Wedding Wishing Well Foundation, and was overwhelmed when friends, family and big-hearted businesses wanted to help.

Sadly, one week after the wedding, the mother-of-one passed away.

Her husband, Daniel, said in a Facebook post: “I am truly sorry to have to tell you that my beautiful wife sadly lost her fight tonight at 5.30pm.

“She passed away peacefully surrounded by love.

“I am absolutely devastated but know that she will live on through our beautiful son Alaric.

“Tasha was surrounded by family and friends and fought to stay with us for as long as she could.

“She was a truly special person and will be missed by many people, especially her husband, son and family.” 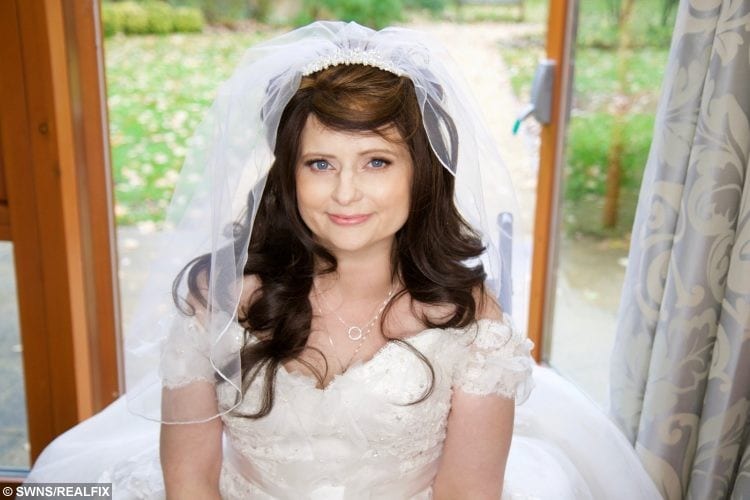 Tasha Corley getting married at the Hospice of St Francis in Berkhamsted, Herts. Tasha died a week later. 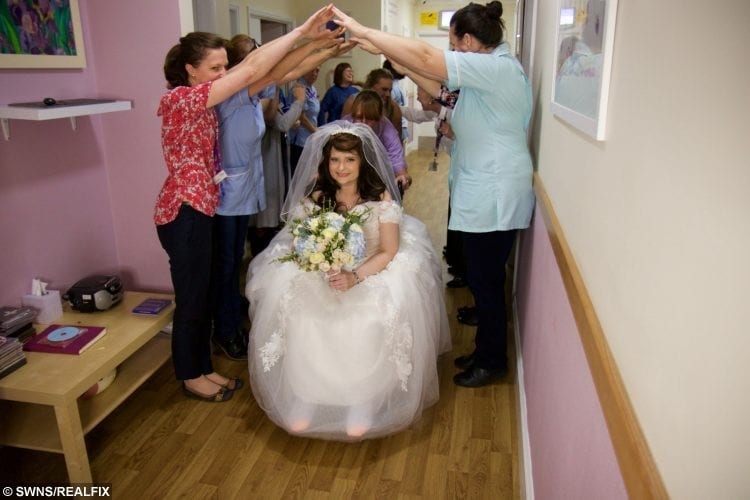 The wedding was organised by The Hospice of St Francis, in Berkhamsted, Herts., in just 36 hours and the team managed to organise Tasha’s dream wedding.

Kat said: “Without the Wedding Wishing Well Foundation, we would have been completely lost but the Hospice has put all the pieces of the jigsaw together.

Tasha and Daniel got engaged in 2016 and Tasha and gave birth to their son, Alaric, shortly after.

But when he was just six months old, a scan revealed that Tasha had bowel cancer.

The couple walked down the aisle to James Arthur’s ‘Say You Won’t Let Go’ and Tasha was given away by her father, David, and her son. 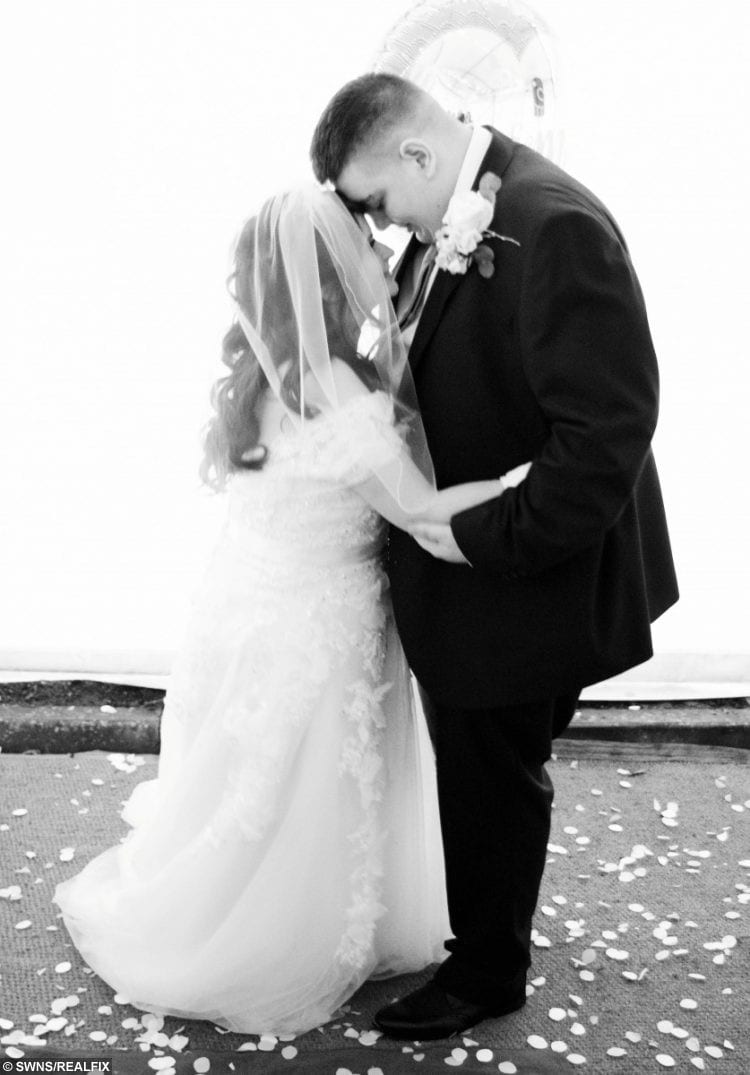 Tasha and Daniel Corley getting married at the Hospice of St Francis in Berkhamsted, Herts. Tasha died a week later. 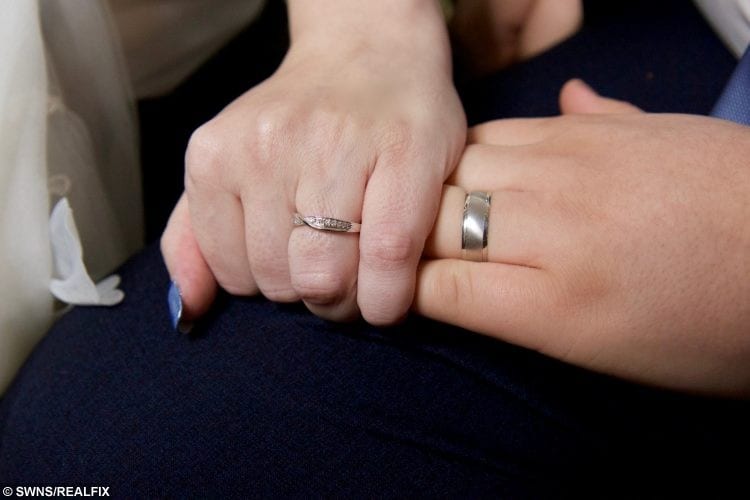 After the couple walked out to John Legend’s ‘All of Me’, Tasha said: “It was just lovely, absolutely amazing.

“Peoples’ generosity was absolutely stunning and getting it all organised in 36 hours was just incredible. I was so happy.

“We got together in July on my birthday and six months later we were engaged. We knew it was love.

“Getting married is something we’ve always wanted to do so today really is the fulfilment of a dream and we can’t thank everyone enough.”

Daniel added: “It’s been the most amazing day – I don’t think I’ve ever seen Tash look so beautiful.”

Before Tasha died, her and her family set up a JustGiving page where they were aiming to raise £5,000 to create lasting memories for her and her loved ones.

The young family have managed to raise 89% of their target for Daniel and Alaric.