A terminally-ill grandmother being nursed by her family in England is set to be deported back to South Africa by the Home Office – where she will die alone.

Irene Nel, 73, fell ill with kidney disease while visiting the UK in 2012 and has since needed dialysis three times a week.

She is cared for in by three of her children who have waged a four-year battle for her to stay.

But Irene fears she is about to be deported back home to die alone after the Home Office rejected two visa applications and appeals to stay with her family in the UK.

She has now received a Home Office letter asking her to sign travel documents despite her family saying she has as little as two weeks to live.

Irene, who lives with relatives in Coombe Dingle, Bristol, said: “I love my country but I can’t go back.

“I haven’t got anyone there. All my kids are here.

“If they send me back I might as well just give up.

“I just want to be with my family. I feel scared, very scared. I don’t want to be taken away from my kids and family.

“I worry all the time that they are going to take me away. I’ve lost everything in South Africa. I’m with my family here.”

Irene, a grandmother-of-eight, came to Bristol in 2012 for her regular family holiday but was rushed to hospital with kidney failure.

She was on a life-support machine in hospital for six weeks and since then has needed kidney dialysis three times a week to survive. 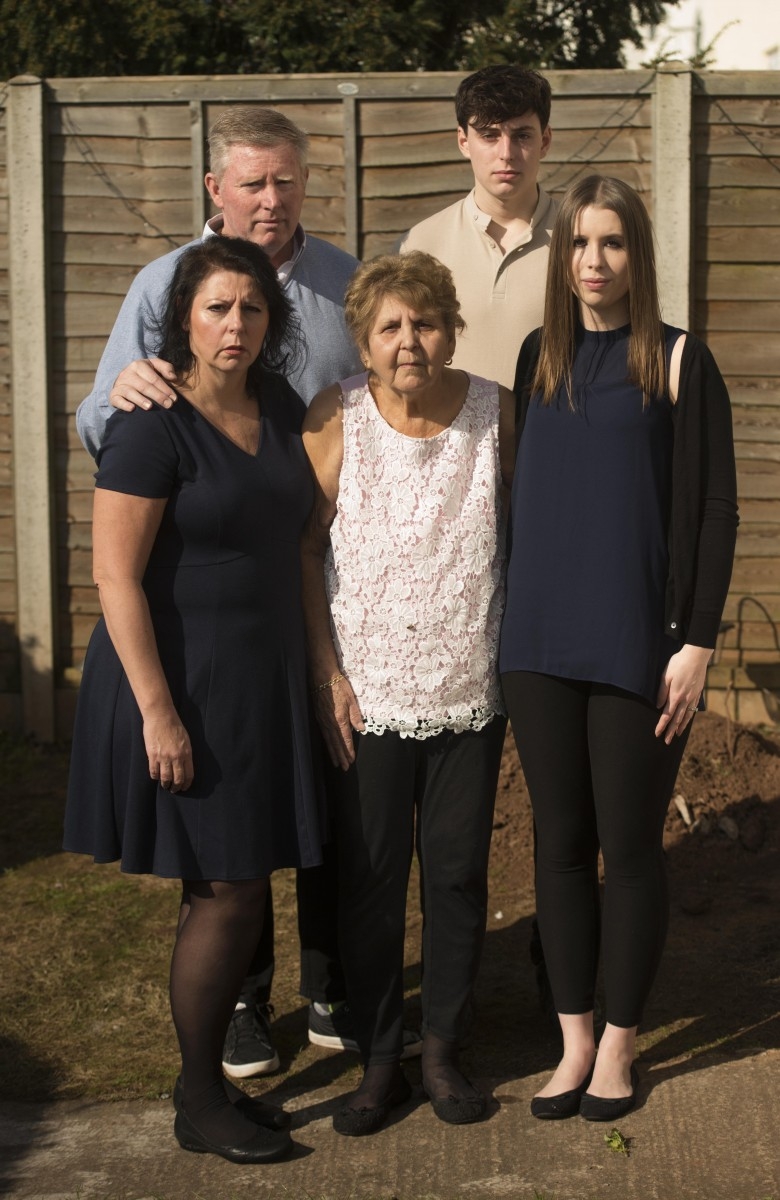 Her daughter Desree and son-in-law Derek Taylor applied for visas to allow her to stay while they cared for her.

They claim she would not be able to receive treatment in South Africa due to medical costs of more than £4,500.

But their visa attempts failed, leaving them no option but to appeal to the Home Office.

Legal fees have so far cost the family £15,000 and they had to decline the option of appealing to the High Court because of further potential costs of up to £30,000.

Irene has now received a letter from the Home Office asking her to sign travel documents but her family’s lawyer fears that means she would have to leave immediately.

Three of her children live in the UK and one unemployed son is in South Africa but he cannot afford to support her.

Daughter Desree, added: “Now they are putting a process in place to deport her, and that will mean that she won’t get dialysis in South Africa.

“The situation over there is if you are over 60 you don’t qualify at all.

“She will got back and within two weeks her consultant says she’ll pass away.”

Children told not to dig holes in the sand on beach