The ice bucket challenge with a totally unexpected outcome…

An obese mum was shamed into losing four stone after watching a video of herself “looking huge” – when she took part in the ICE BUCKET CHALLENGE.

Louise Bentley, 47, tipped the scales at 15st 5lb last summer – her heavies weight since giving birth to her third child.

After being made redundant from her job as a team manager at Vodafone, the mum took time off to enjoy the school holidays with her three sons.

During the summer, she was nominated by friend Adele Bossons, 46, to take part in the Ice Bucket Challenge.

The craze, which swept the nation, saw people dunking a bucket of freezing cold water over themselves to raise money for the Motor Neurone Disease Association.

Louise took part in the challenge with her husband Phil, 46, and three sons Connor, 15, Ben, 13 and nine-year-old Nat and posted it on Facebook at the end of August.

But when the mum-of-three looked back at the video she was horrified at how big she looked.

Louise joined her local Slimming World group at the start of September and has since shed an impressive four stone in nine months and now weighs a healthy 11st 4lb.

She swapped chocolate biscuits and gin and tonic for healthy meals and has gone from a frumpy size 18 to a svelte size 12.

Louise, who lives with her husband and sons in Newcastle-under-Lyme, Staffs., said she was forced to take action when she saw her Ice Bucket Challenge video.

The admin worker, who wants to lose another eight pounds, added: “I have always been on the larger side but that was the heaviest I had ever been even when I was pregnant with the boys.

“I had been in quite a stressful job and then I was made redundant so being at home during the summer I was picking at things and eating more.

“We did the Ice Bucket Challenge video as a family but when I watched it back I was mortified.

“It was like somebody had pumped me up and stretched me out. I looked huge.”

“I was really uncomfortable watching it and didn’t want it to go online, I only put it on Facebook because it was for a good cause.”

“We also went on a family holiday that month and I had to buy a whole new set of size 18 clothes for the trip.

“As soon as the kids went back to school, I decided I wasn’t going to accept my ridiculous weight any longer.

“When I stepped on the scales at the start of September and weighed over 15 stone it was a real shock.

“I started with small changes, such as buying mince with only five per cent fat in it and I was more conscious of my limits.

“My appetite started to naturally reduce. I wasn’t left hungry, and my family embraced the new, healthier, me.”

In their Ice Bucket Challenge the family all introduce themselves before Louise dunks a bucket of freezing water over her topless husband and three sons.

The 1:32-minute video then ends with Louise, who is wearing dark trousers and a grey top, having the ice bucket thrown over her.

Husband Phil, who works as a floor layer, said: “I love Louise unconditionally but I knew that this time she was serious about getting slim.

“Her following a healthy eating plan was an eye opener for me. I never realised how many calories were in a glass of wine.

“We loved her new recipe for roast potatoes, they tasted better than the fatty ones.

“This summer she had to buy all new clothes.

“Although it cost a lot, it showed her all the hard work was worth it. Louise gives out such positive vibes now.

“Last month we visited Chester Racecourse and she was radiating confidence. I’d never seen her like that before. She really has become such a role model.”

“She’s changed completely on the outside but still has the same fantastic, loveable personality as before.” 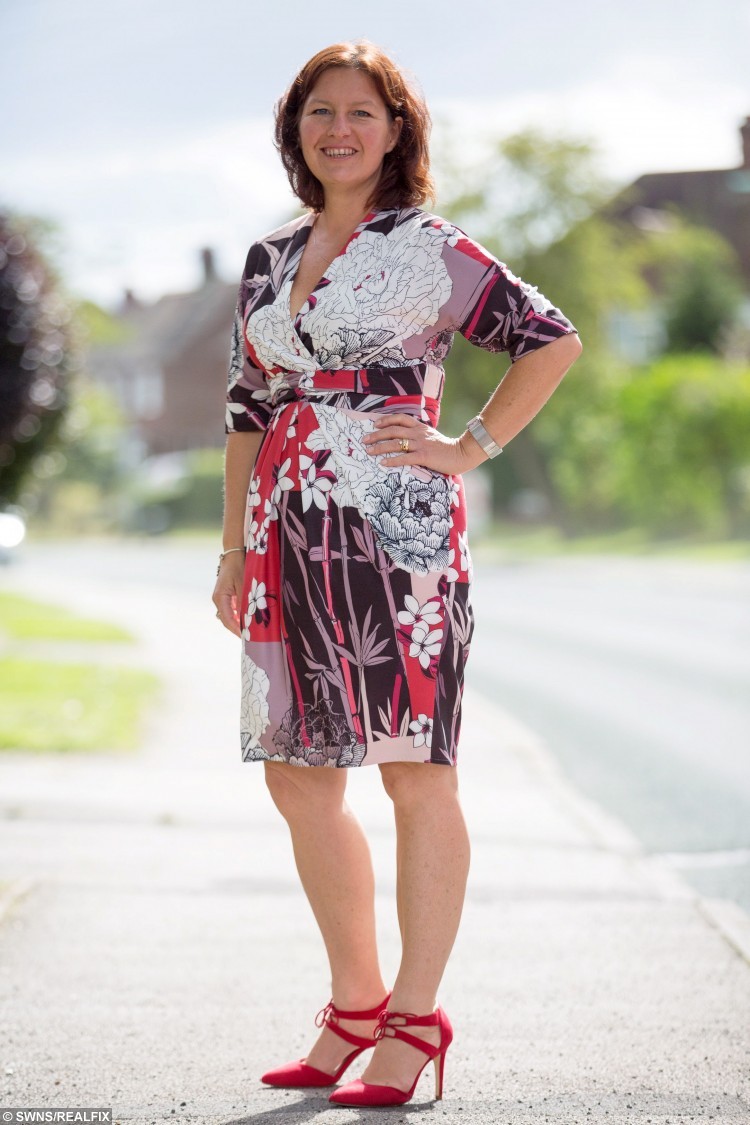 Can’t understand why you’ve put weight on? Then you could be a SLEEP EATER