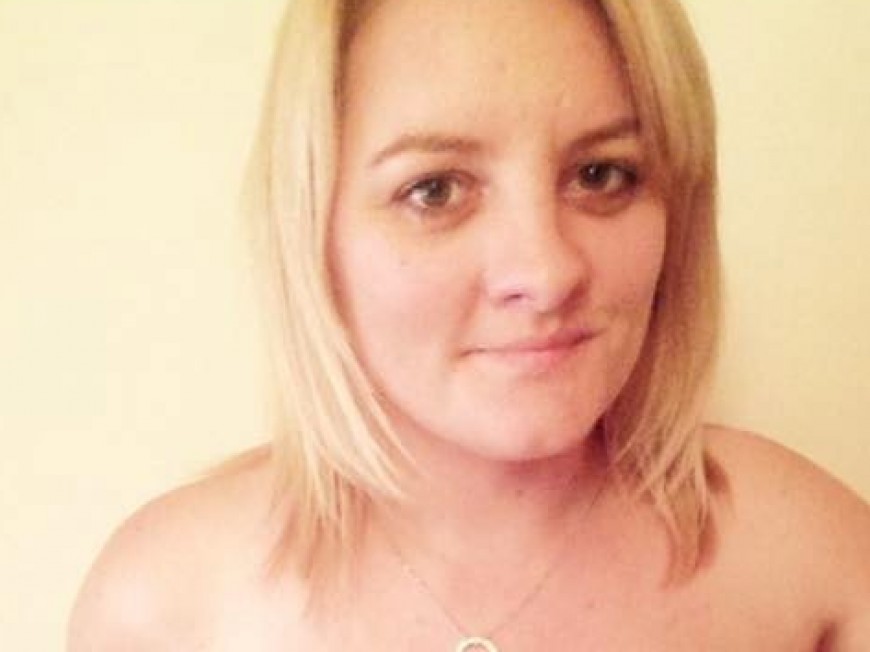 A mum who had a double mastectomy to prevent getting breast cancer has shared powerful images of her scars in a bid to give strength to others.

Brave Amanda Stewart cut her chances of getting breast cancer from 97 per cent to five per cent after undergoing the operation last month. 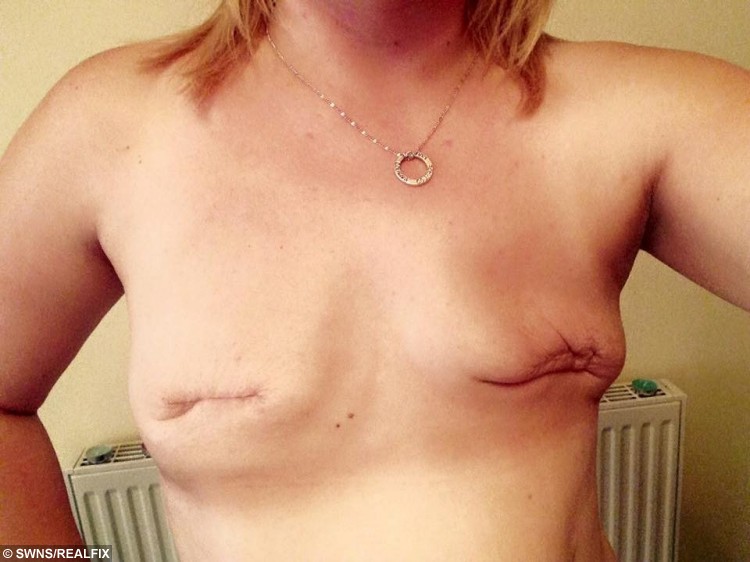 Amanda didn’t want to be afraid any more

She volunteered to go under the knife as eight family members were affected by the illness and she did not want to wait until it was too late.

And despite her scars, the 33-year-old said she is proud of her body and hopes she can be a role model for people who are apprehensive about getting the operation.

Amanda, from Carluke, South Lanarkshire, posted topless images following her preventative surgery online which have been viewed thousands of times since last week.

People from across the globe are following her progress through her Facebook page ‘Cancer. You Lose’ which was launched after her operation on August 6. 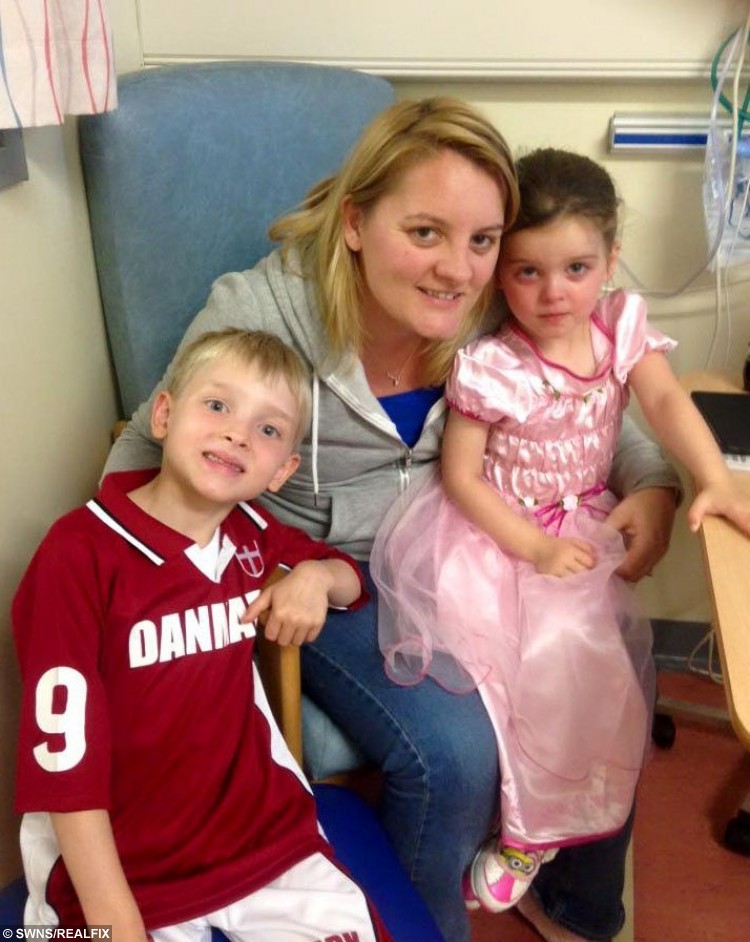 Amanda after the operation, with son Callan and daughter Erryn

Mum-of-two Amanda said the fear of having signs of cancer suddenly appear motivated her to get the surgery.

She said: “I didn’t want to keep living with the fear of knowing that any day a lump could appear.

“Whenever I was watching TV I would be checking for lumps all over the place every day and over time that has a huge psychological effect.

“I kept worrying that my next mammogram screening would show signs of cancer.

“Immediately after the surgery I was on a massive high but then for some reason I started crying a lot.” 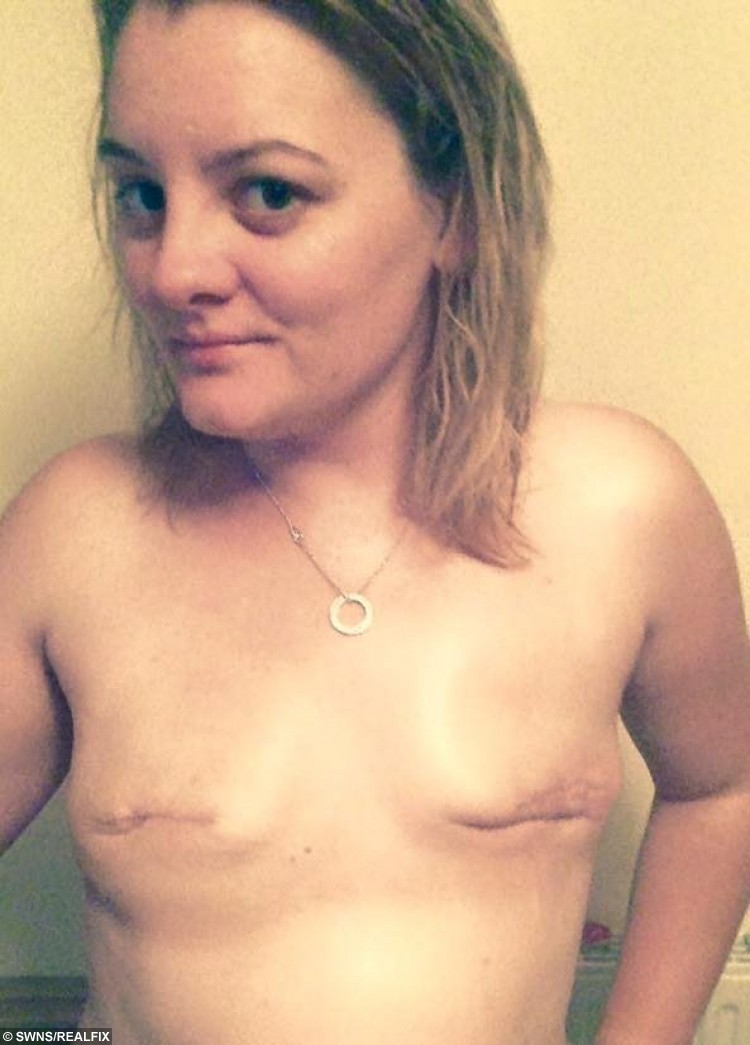 “I then talked about it on my Facebook to help people cope with the many different emotions you’d be going through afterwards.

“One girl said to me that her mum was quite reserved and wasn’t keen on talking about it until she saw the page.”

The early years worker organised before and after photo shoots to document the change and even held a “bye bye boobies” night with her friends.

Her sister Catherine Keeney, 28, and cousins Yvonne McKenna, 38, Suzanne McCormack, 39, and Laura McGuinness had made the decision to have the surgery after their mothers were all diagnosed with breast cancer.

The women do not have the BRCA1 or BRCA2 gene, which causes a form of breast cancer, but because their family have had eight known cases of breast cancer they were a very high risk.

Two of Amanda’s aunts, Josephine Murray and Catherine Hinds, died of breast cancer while her aunt Sadie Donnelly previously had cancer but is now in remission.

Amanda decided to have her 34-36C breasts removed following a scare last year and could not face the stress of having repeated mammograms and checks.

She is in the process of expanding the skin around her chest with inserts in the hope of having breast implants in the future.

But complications meant she lost one of her expander implants so her recovery will take months longer than expected. 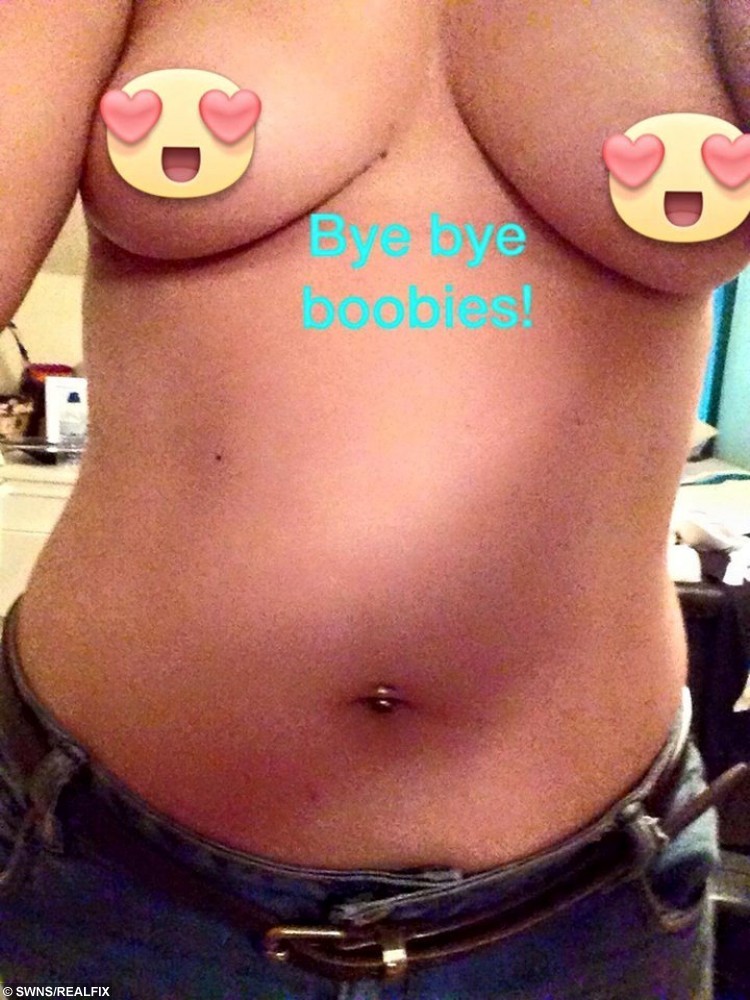 Amanda is married to Jamie, 32, and has children Callan, six, and four-year-old Erryan.

She writes blogs about how she has felt during various stages of her surgery which she hopes will provide support for other women in her situation.

She added: “If you do a search for mastectomy pictures then you’ll be confronted with really sad, depressing black and white photos of cancer sufferers looking down at their chest.

“I wanted to change that and show that you can should be proud of yourself and your body to reduce the stigma surrounding getting the surgery.” 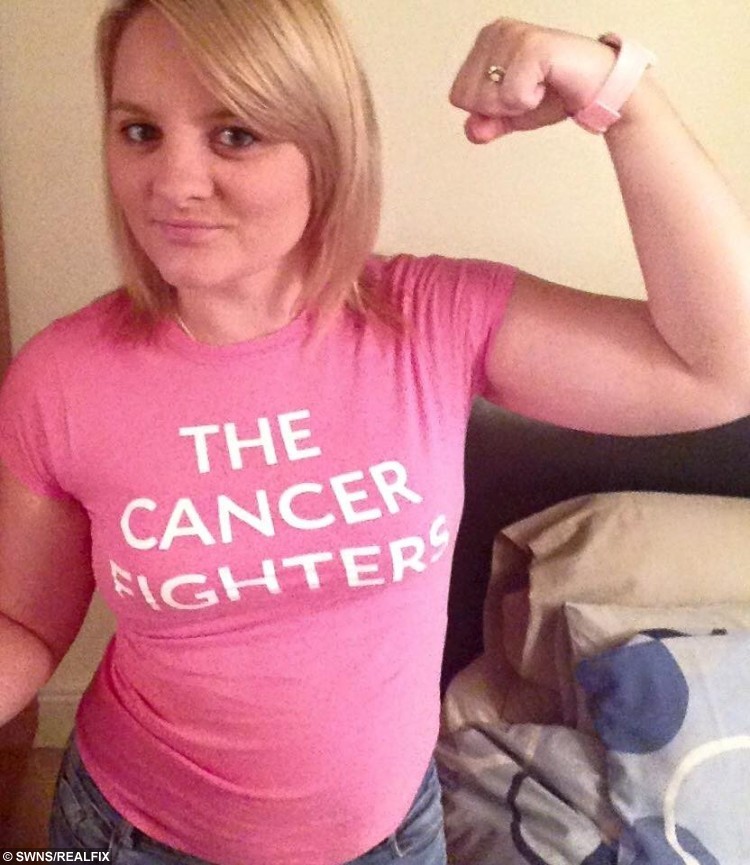 “My Facebook page is up there for regular people who might be a bit apprehensive about going through with the surgery or who have difficulty talking about it with their loved ones.

“What I would say to people who have a history of cancer in their family is that they need to see with their GP first and find out if they’re at risk.

“The page is not what medical professionals can really tell you about what you might be going through. It’s offering support to others and hopefully some comfort in shared experiences.

“I’ve been getting loads of messages from people saying that the page is really helping them.

“It recognised a shared experience which broke down the barriers and allowed them to have a discussion.”