HomeFamiliesHealthMost PopularThe Mum Of A Little Boy With Epilepsy Is Set To Bill Politicians More Than £230,000 For Medicinal Cannabis Costs 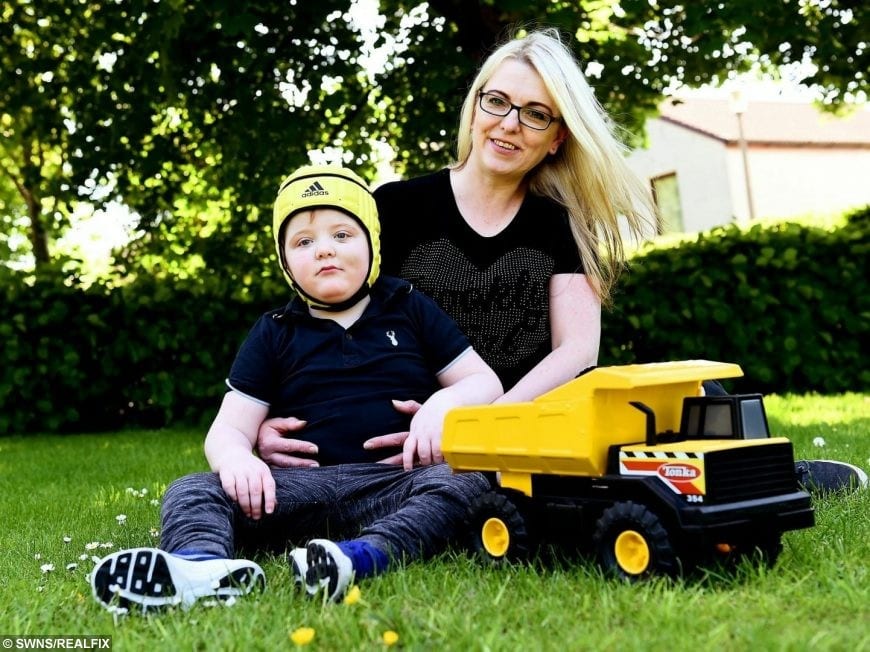 The mum of a little boy with severe epilepsy is set to bill politicians more than £230,000 for medicinal cannabis costs.

Karen Gray, 44, uses cannabis-derived medicine to treat her epileptic son, Murray, aged seven and has campaigned to have cannabis oil made available on the NHS

Mrs Gray, from Edinburgh, will travel to London today (Thu) to hand the Department of Health an invoice for the cost of the medicine.

She will then head to Downing Street with families who have collectively spent £231,000 on providing medicinal cannabis for their children.

The families will hand in a letter to Number 10, asking Boris Johnson to take “immediate action” to make the drug available.

Mrs Gray has spent £8,000 on legally importing two forms of cannabis oil from Holland by way of a private prescription.

Mrs Gray successfully campaigned last year for a change in the law to allow doctors the right to prescribe cannabidiol (CBD) provided they do not contain any trace of THC.

Murray, a P3 pupil at the city’s Clermiston Primary School, received his first course of Epidiolex, a legal drug containing CBD, in August 2018.

It appeared to work, but the positive effects subsided after three months and he was admitted to the Sick Kids Hospital in Edinburgh in January unable to “eat, talk or walk”.

Mrs Gray said she thought her son “was going to die” until a Dutch doctor prescribed a drug containing THC.

Murray began treatment on Bedrolite in March, and Bedrocan in May and has now gone 204 days without a seizure.

Mrs Gray said: “The amount is for £231,000 and we’ll be handing in a giant invoice to the Department of Health to show them how much we’ve jointly spent on sourcing much-needed medical cannabis for our children.

“We saw Matt Hancock, six months ago to the day that we’re handing in today’s invoice.

“He knew that we needed urgent help immediately and couldn’t wait ‘several months’, but he’s since done nothing to help us.

“So, we’re going down to ask Boris Johnson to intervene immediately for some urgent action.

“I’m having to raise funds and rely on family and the generosity of the public to help my son.

“We’ve done alright so far, but that’s not going to last forever.”

Mrs Gray, who is due to meet Scottish health secretary Jeane Freeman next month, also called on the Scottish Government to do more.

She said: “I just want some sort of help from the Scottish Government to fund this medicine until they put something in place where the doctors are writing NHS prescriptons.

“I want some sort of agreement that’s going to help Murray.”

Lib Dems MP Christine Jardine said: “It is such a joy to see how well Murray is now, but at the same time infuriating that the government’s intransigence means his family have had to find thousands of pounds for private prescriptions.

“It’s time Matt Hancock fulfilled the promise these families were made.

“It’s changed Murray’s life and could the same for so many others.

“The well-being of our communities and individuals should come first.”