Six-year-old George McIntosh from Duns, who suffers from disseminated olligodenfrial leptomeningeal, the worlds rarest form of cancer, which until now had never been found in a child. Dec 10 2015 See Ross Parry copy RPYRARE : Little George McIntosh suffers from a disseminated olligodendrial leptomeningeal (corr) tumour which until now has only been found in adults and never a child. It is a type of cancer which affects the central nervous system of the youngster's brain and spine. There have only been NINE other cases across the globe, all of which were found in adults. George, who is currently undergoing chemotherapy, was diagnosed with the condition on his mum's 40th birthday in October last year.

A six year-old British boy is the only child on earth diagnosed with the world’s rarest form of tumour.

Little George McIntosh suffers from a disseminated oligodendroglioma leptomeningeal tumour which until now has only been found in adults and never a child.

It is a type of tumour which affects the central nervous system of the youngster’s brain and spine.

There have only been NINE other cases across the globe, all of which were found in adults.

George, who is currently undergoing chemotherapy, was diagnosed with the condition on his mum’s 40th birthday in October last year.

He has since had a number of major surgeries as well as plates and shunts fitted in his head.

His mum Julie, 41, from Chirnside, Scottish Borders, said: “Nothing can prepare you for when you go through something like this and it has totally changed our lives.

“It has been really hard and it is going to continue to be hard.

“But we have honed in on what is important and we appreciate every day. We have our kids and we enjoy all of the little things with them.

“Because George is the only child in the world who is known to have this, a lot of his treatment is experimental and we just take it day-by-day.

“He was a puzzle for nine months and now he is unique, and medical experts are working on an international journal which will highlight his condition and his symptoms.”

Julie admits life has been extremely tough for the family, including husband Ewan, 38, who works offshore in Africa for six months each year.

George, a former pupil at Berwick’s Holy Trinity CE First School, was first rushed to hospital when he was only five.

He developed a squint in his eye and had emergency surgery to reduce swelling on his brain.

Medical professionals originally thought George had tuberculous or meningitis and treated him for that.

But it wasn’t until June of this year, during a routine scan, that they realised it was something else. 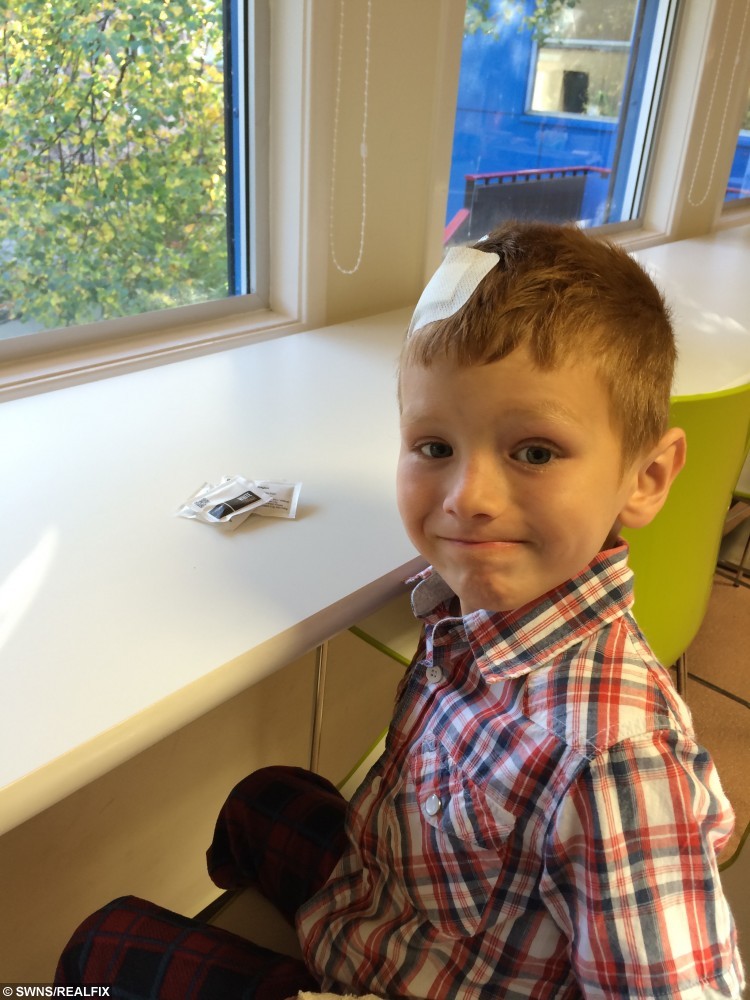 His mum continued: “They couldn’t pinpoint what was causing the build up of pressure and during a routine scan.

“They saw that things weren’t developing how they thought they would be if he had TB meningitis.

“He had a biopsy on his spine and they discovered that it was this extremely rare tumour. Thankfully, it is low grade and is not malignant.”

George’s next scan is in Edinburgh on December 19, the day before his 7th birthday, but he isn’t the only one to endure an ordeal in his family.

His brother, Archie, was born with syndactyly – conjoined fingers where his little finger and ring finger on his right hand fused together.

The eight-year-old has already had two operations – the first at Newcastle RVI to separate the fingers, before a second one two weeks ago to straighten his ring finger.

He will require further surgery, but Julie said that the most recent operation was a success.

Julie said: “The doctors said that he had to keep his cast on for another four weeks, which means that he will have it on over Christmas.

“He wonders how he is going to be able to open his Christmas presents, but I think he will manage!” 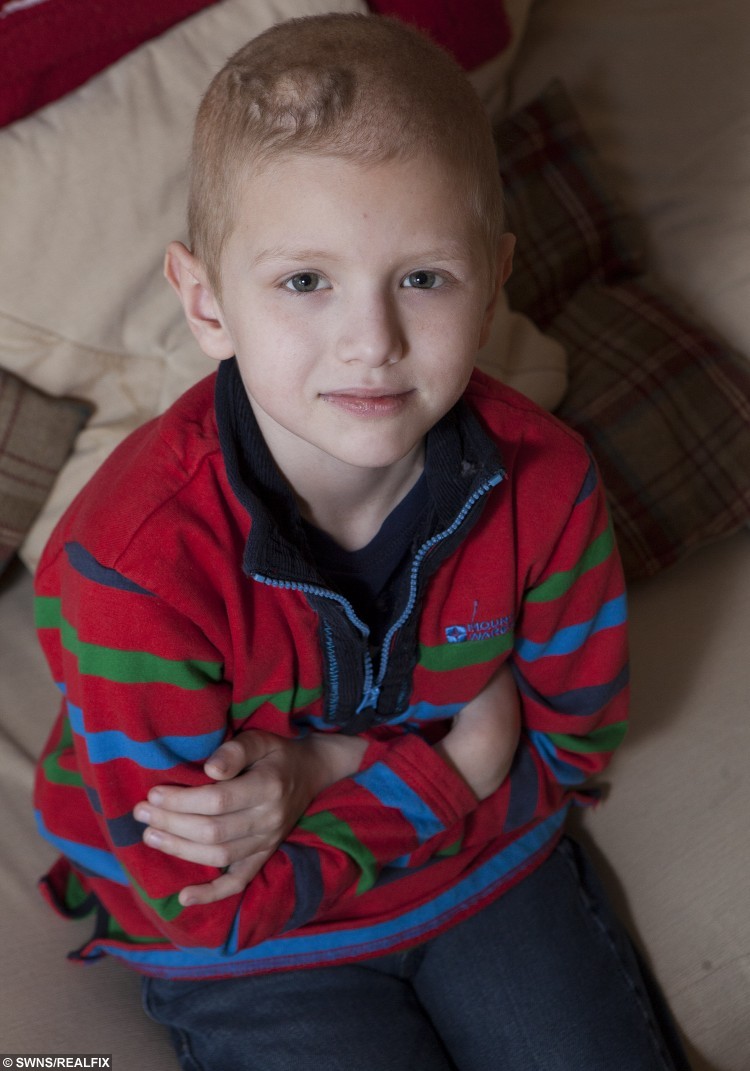 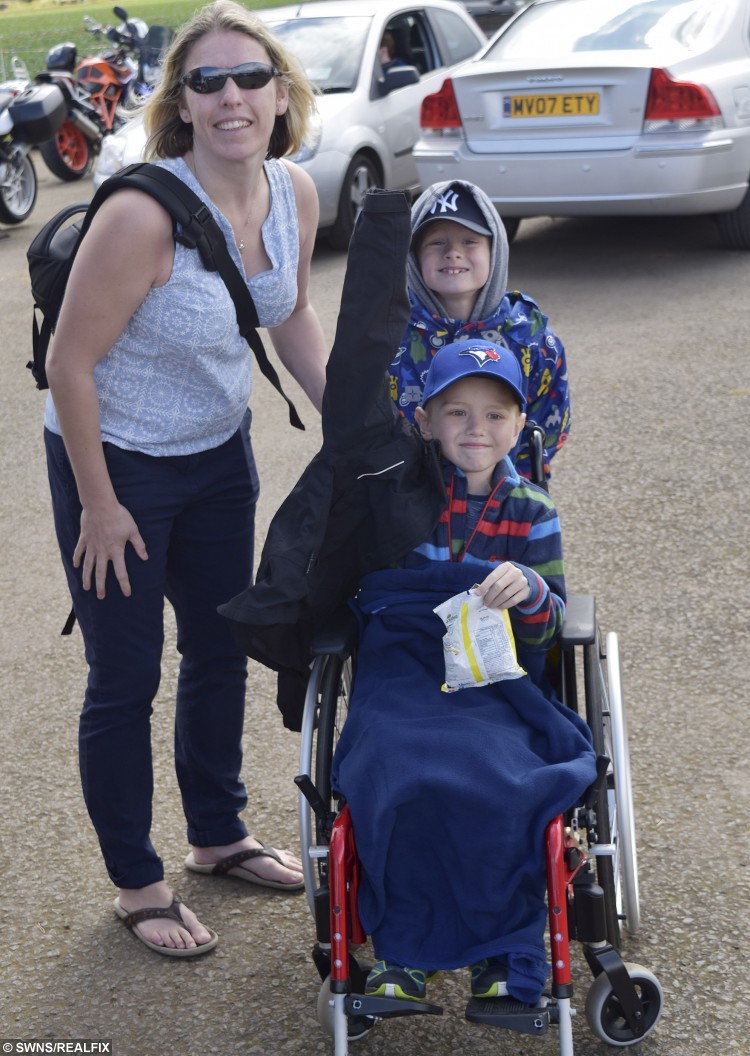 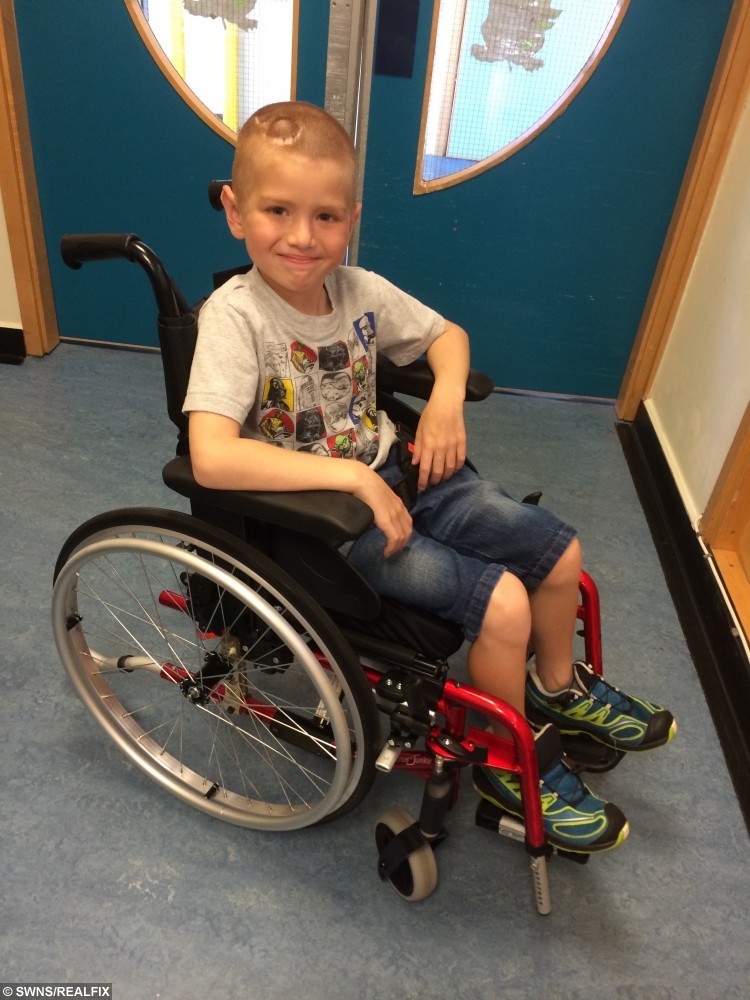 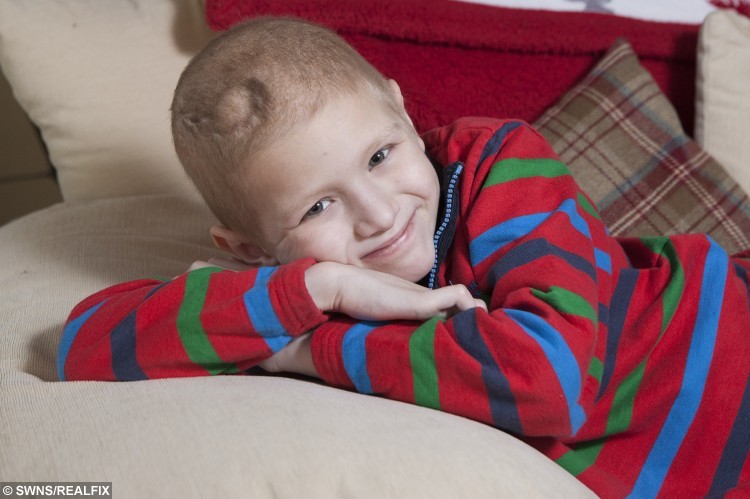 While both siblings have gone through more than what some people would in a lifetime, Julie believes that their ordeals have created a unique special bond between them.

She said: “It has brought them closer. Archie was crying when he had his cast removed recently and George got out of his wheelchair and rubbed his back.

“And when George has had his chemo and is vomiting, Archie is there for him with the sick bucket.”

Both youngsters had attended Holy Trinity CE First School, in Berwick, but have since transferred to the primary school in Chirnside.

Archie has recently had his first day back, while it is hoped that George – who hasn’t been to school for more than a year, but receives tutoring at home – will be able to go to Chirnside soon, although no date has yet been set.

Considering the ordeals both lads have been through, Julie said was delighted to see them launch the pop-up Christmas toy shop in Edinburgh, in aid of The Sick Kids Friends Foundation (SKFF). 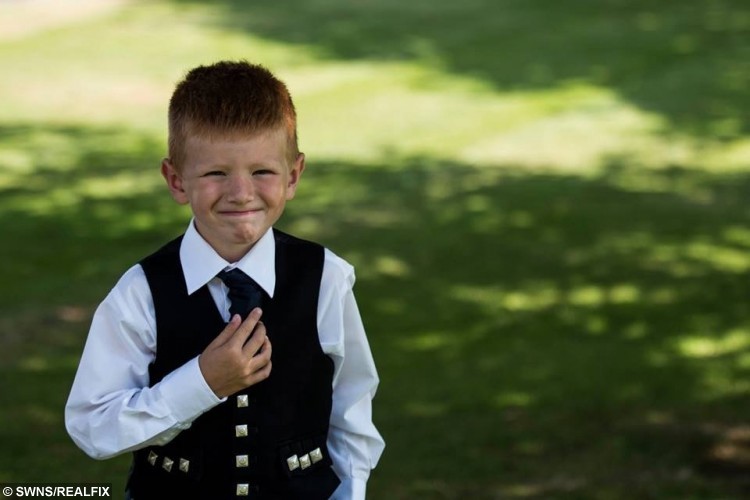 Julie admitted that her brave little boys, who have both undergone major surgery, have been through so much in their short lives and she was ‘choked up’ at seeing them launch the shop.

She said: “It choked me up. I was so proud of them and it was nice for them to give something back to help something which has given so much to them. They are fantastic kids and they are a credit to us.”

The SKFF funds research and medical equipment; comforts, distractions and enhanced facilities for children and their families; and family support and play services and innovative art projects.

The shop will be open until Christmas Eve, raising vital funds for SKFF, which supports and complements the work of the Royal Hospital for Sick Children, Edinburgh – where the siblings have both received treatment and care – as well as other children’s healthcare units across the southeast of Scotland and beyond.

The world’s first litter of in vitro puppies are unveiled