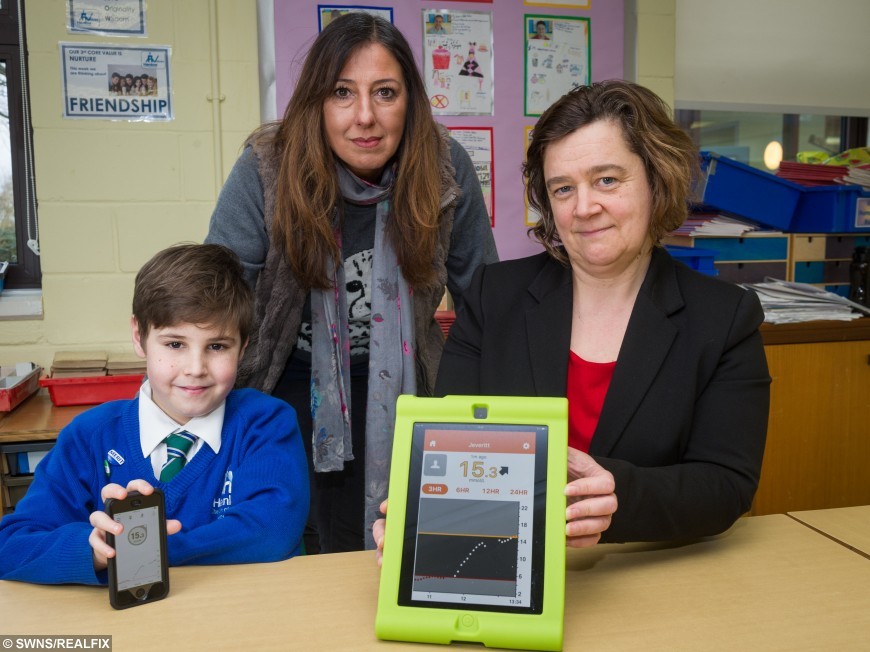 A diabetic schoolboy has been fitted with a pioneering gadget which monitors his blood via a smartphone app – and TEXTS his mum when he needs a sugar hit.

Joseph Everitt, nine, developed type 1 diabetes 18 months ago and his parents had to prick his finger up to ten times a day to monitor his sugar levels.

But now he has become one of the first people in the UK to be fitted a sensor in his tummy which constantly monitors his glucose levels.

If it gets too low or high, a message is sent to his mum and dad’s phones and his teacher’s iPad, so they can give him a jellybaby or insulin injection. 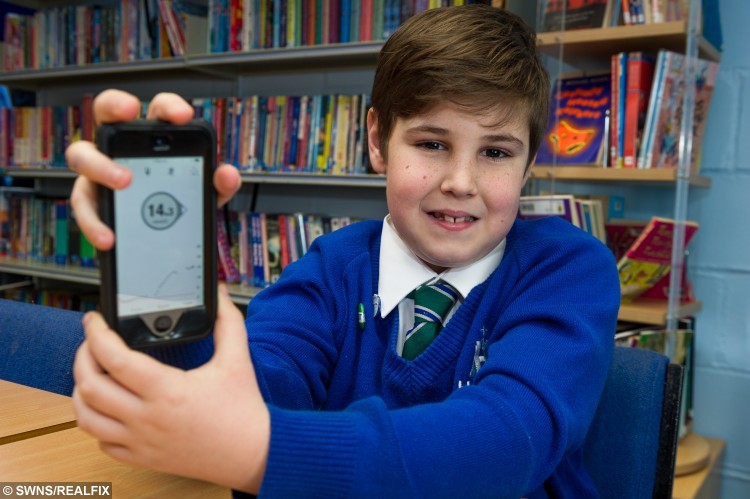 Joe with the device which monitors his glucose levels 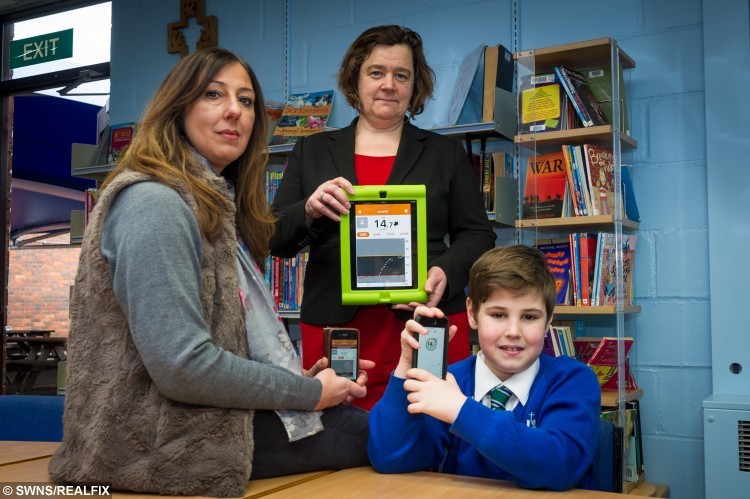 Joe with his mum Tonie and Head teacher Caren Earp

Mum Tonie and dad Andrew, both 46, from Henlow, Beds., say the pricey Bluetooth gadget has given little Joseph a new lease of life.

Housewife Tonie said: “It has changed our lives and given us better control over Joe’s diabetes.

“When he goes to sleep we don’t worry and when he is at school we don’t worry. In the long term he can lead a normal, healthy life.

“We can micromanage his condition with this, wherever we are – without the medieval finger device.

“Before we started using this device, no one knew what was going on until he took a finger prick test.”

“Without this device we had no idea if Joseph’s blood levels were OK – especially at night time.

“The school have set their iPad to alarm so if it gets low they come in with jelly babies.

“If they get too high, they will give him insulin.”

Tonie and Andrew, a client director, found the US-made system – called the Dexcom G5 continuous glucose monitor – on the internet and snapped it up as soon as it came to the UK a few months ago. 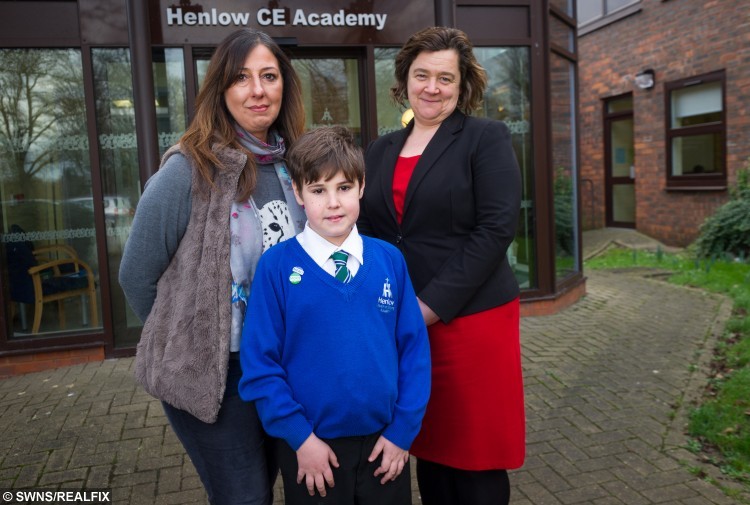 It is the first and only fully mobile glucose monitoring system and takes readings every five minutes, and uses wireless Bluetooth technology to share the data.

The signals from Joseph’s system are sent to an iPad belonging to his school’s IT technician, Sarah Panton, who can give him medicine or sweet treats.

Sarah, of Henlow Church of England Academy, said: “Joe’s parents are very appreciative of the monitoring we do but our aim and their aim is for Joe to have a normal childhood and education as possible.

“This means that if we need to pop into a lesson with a jelly baby we can do so without removing Joe from the lesson to test his blood.”

Tonie, who hopes it will soon be available on the NHS, said: “It’s expensive but long term it will save money for the NHS because people won’t be going to hospital with blindness and severe health problems arising from poorly managed diabetes complications.”

« Previous post Kitten is taped inside a shoebox and dumped outside of a shop
Next article » Has the notorious Croydon Cat Killer struck again?