Isla Grundy ,4 from Pudsey, Leeds. Isla is walking 500 miles in memory of her late grandad David Grundy. See Ross Parry copy RPYWALK; A four-year-old girl has been endorsed by Scottish duo The Proclaimers as she aims to walk 500 MILES in a year. Cute Isla Grundy is hoping to raise funds for the Motor Neurone Disease Association after her paternal grandad David Grundy died from the neurological condition on June 13 aged 63, two years after being diagnosed. Now Isla is hoping her little legs will cover the mammoth distance, along with mum Kirsty, 34, and dad Richard, 36, a duty manager, who aim to hit the landmark by June, close to the first anniversary of DavidÃs death.

A four-year-old girl has been endorsed by Scottish duo The Proclaimers as she aims to walk 500 MILES in a year.

Cute Isla Grundy is hoping to raise funds for the Motor Neurone Disease Association after her paternal grandad David Grundy died from the neurological condition on June 13 aged 63, two years after being diagnosed.

Now Isla is hoping her little legs will cover the mammoth distance, along with mum Kirsty, 34, and dad Richard, 36, a duty manager, who aim to hit the landmark by June, close to the first anniversary of David’s death.

They have been supported along the way by Scottish band The Proclaimers – after the family’s fundraising efforts were inspired by the Edinburgh twins hit I’m Gonna Be (500 Miles).

After finding out the fraternal two-piece were performing at St. George’s Hall, in Bradford, West Yorks., Kirsty emailed the duo’s agent in June, suggesting that they meet Isla.

But Kirsty didn’t hear anything from the band until last October 15, when the family were invited to come and see them warming up ahead of their gig on Saturday.

Kirsty said: “When we got the idea of the challenge from their song and when we saw they were touring I emailed their agent in July, but didn’t hear anything for month.

“I had forgotten about it really and didn’t think it was going to happen, but they emailed back out of the blue on the Thursday before the concert to say they were on their way to Newcastle and were just finalising things for the tour and would like to meet us in Bradford on Saturday.

“They were soundchecking between half four and five and told us to come down about quarter past five and meet them after they had finished.

“We had expected them just to be checking microphones and instruments but they were in the middle of playing their songs, so we got to hear about five or six of them.

“It was like having our own private gig. They came for a chat with us afterwards and they were so friendly.”

“They were so accommodating and it was really nice for them to invite us.

“Islas didn’t really know who they were and just sat with her fingers in her ears during the soundcheck because it was too loud for her.”

Isla, from Pudsey, Leeds, West Yorks., has already raised more than £1,000 for the charity and will move onto the next leg of her 500-mile relay on Monday when she will take part in a walk around Roundhay Park in Leeds on Monday alongside her cousins and friends.

Kirsty said: “The sponsorship will all go into Isla’s pot and this is a little bit more fun so she doesn’t have to do all the miles on her own.”

Isla and her parents have already clocked up 167 miles trekking along the seaside at Whitby, North Yorks., and Filey, North Yorks., as well as over the Yorkshire Moors at Ilkley and Haworth, both West Yorks.

Kirsty said: “One of the things we want to do in the next week is a trip to Bolton Abbey (in Wharfedale, North Yorks.) for a Halloween thing, but the main thing is to make it fun for Isla particularly with the weather changing and it getting colder it is more of a challenge.

“But it seems as long as she has got her wellies on and she’s able to jump in the puddles, she’s happy.

“We are just trying to get the miles on the clock, but she’s only little and can’t do big distances at once as she’s only got little legs.” 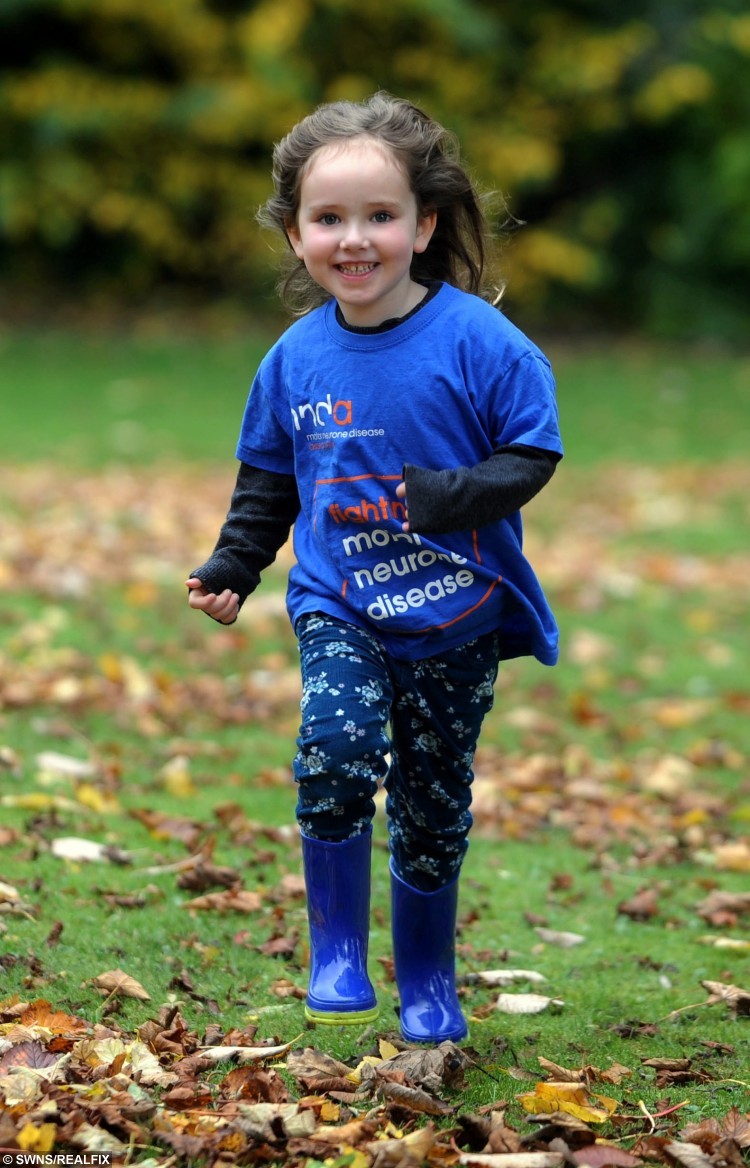 “The longest day we had was about four miles when we went to Whitby, but it was very stop-start that day, but an incentive always helps, whether that be an ice cream or stickers.”

Customer service advisor Kirsty added: “We all felt that we had to do something after Dave’s death and Richard came up with this idea as a way of dealing with it.

“We started the challenge on Father’s Day, which was just a week after he passed and a day before what would have been Dave’s 64th birthday.

“Richard had already signed up to take part in a 10k in Pudsey, but I decided to get involved in the fun run with Isla, which is just a lap of the park.

Kirsty said the family aims to finish their challenge at the same fun run next June. 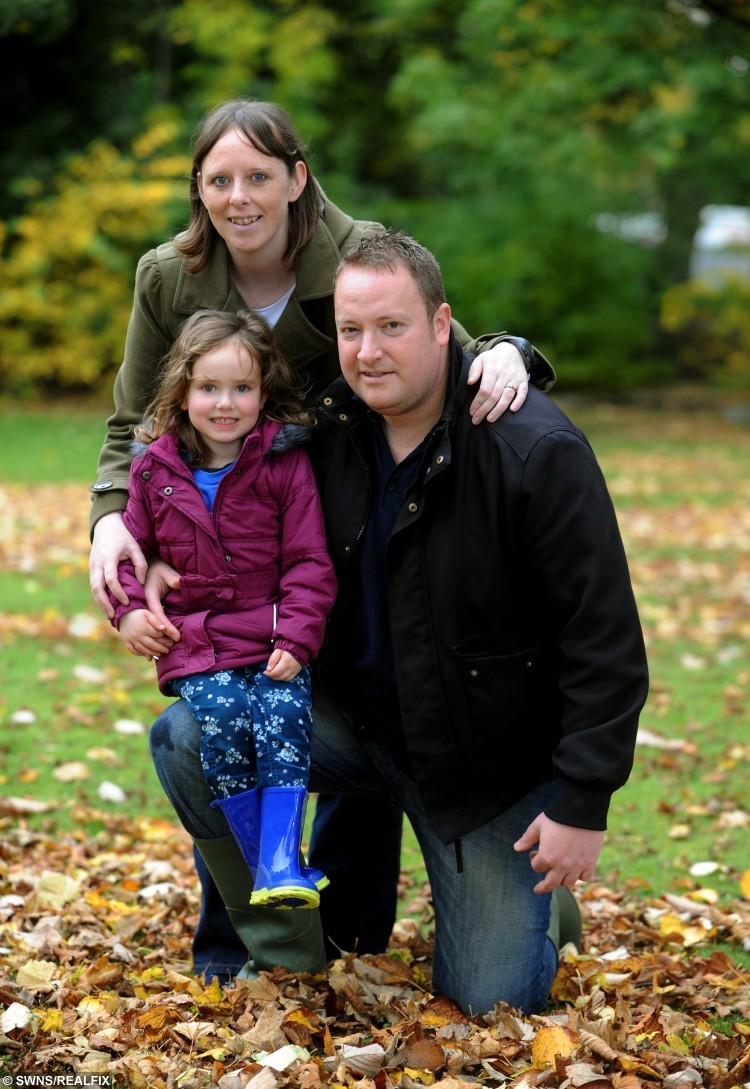