by Jess Young
in Health, Inspirational
0

A father has spent 28 days isolating in a cramped hospital room so he can be with his son while he undergoes life-saving chemotherapy.

James Stephenson, 32, and Oliver, four, have not left Leeds General Infirmary since 27 April.

Little Oliver, who was diagnosed in January this year, is receiving crucial treatment for his neuroblastoma – a rare form of cancer that originates from immature nerve cells.

The pair are not able to leave the ward he is on and they share a 15ft square room with an en-suite and a window.

Mum Laura, 34, and Oliver’s younger brother Alfie, two, have only been able to see the pair over FaceTime.

James said: “It’s like groundhog day, you get up and do the same thing everyday. 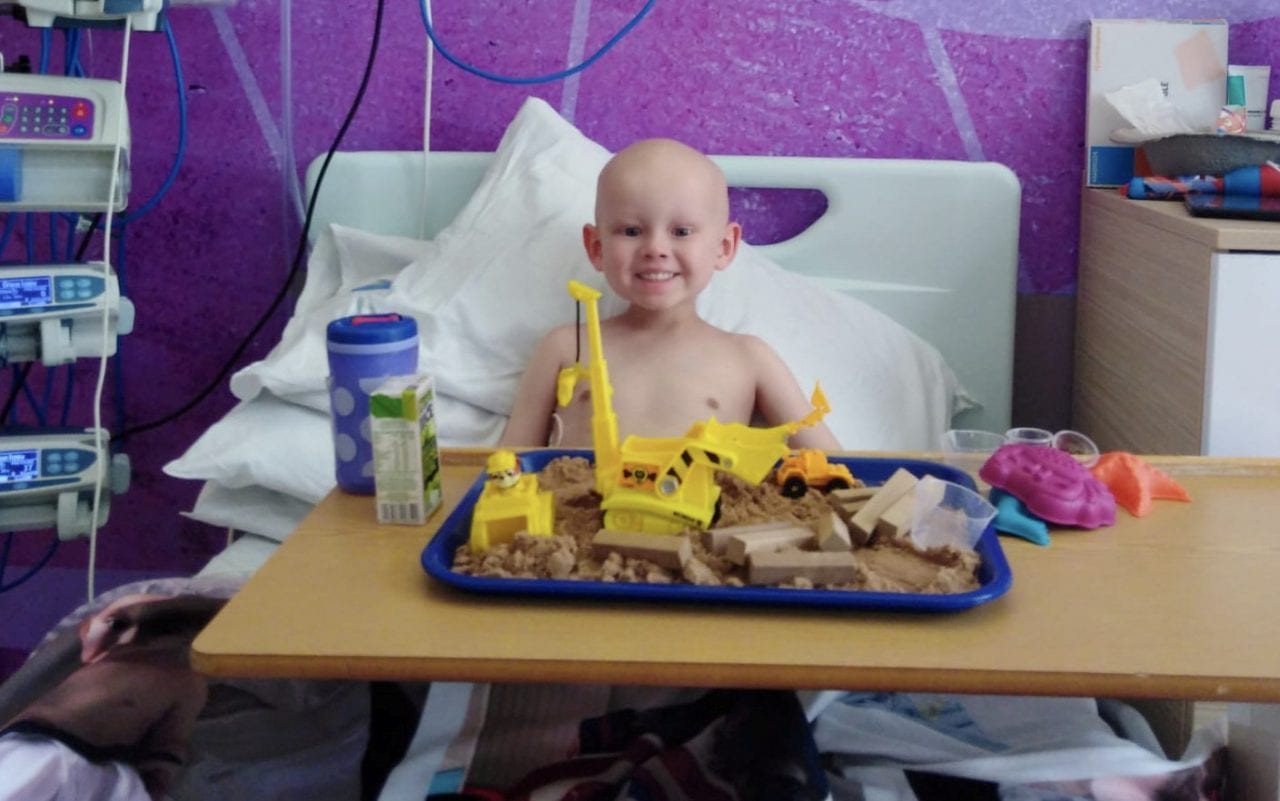 “All the days are rolling into one. It’s tricky to sleep as well at the moment because there are nurses coming in throughout the night to check in on Oliver.

“Sometimes I only know what day it is because some nurses only work certain days. Other than that I’m just looking at the same four walls everyday.

“I am doing it all for Oliver to get better and at least there is light at the end of the tunnel and we can see the other side.”

James can go to a tea room 15 yards down the corridor but Oliver cannot leave the room at all.

They have been keeping entertained with arts and crafts from the hospital’s play team and watching lots of Christmas films – Oliver’s favourite even in May.

He was diagnosed with stage four neuroblastoma on his kidney after some routine blood tests in January.

The cancer, a rare type that develops from immature nerve cells and affects around 100 children in the UK each year, has tragically spread to his skull, eye sockets and bone marrow. 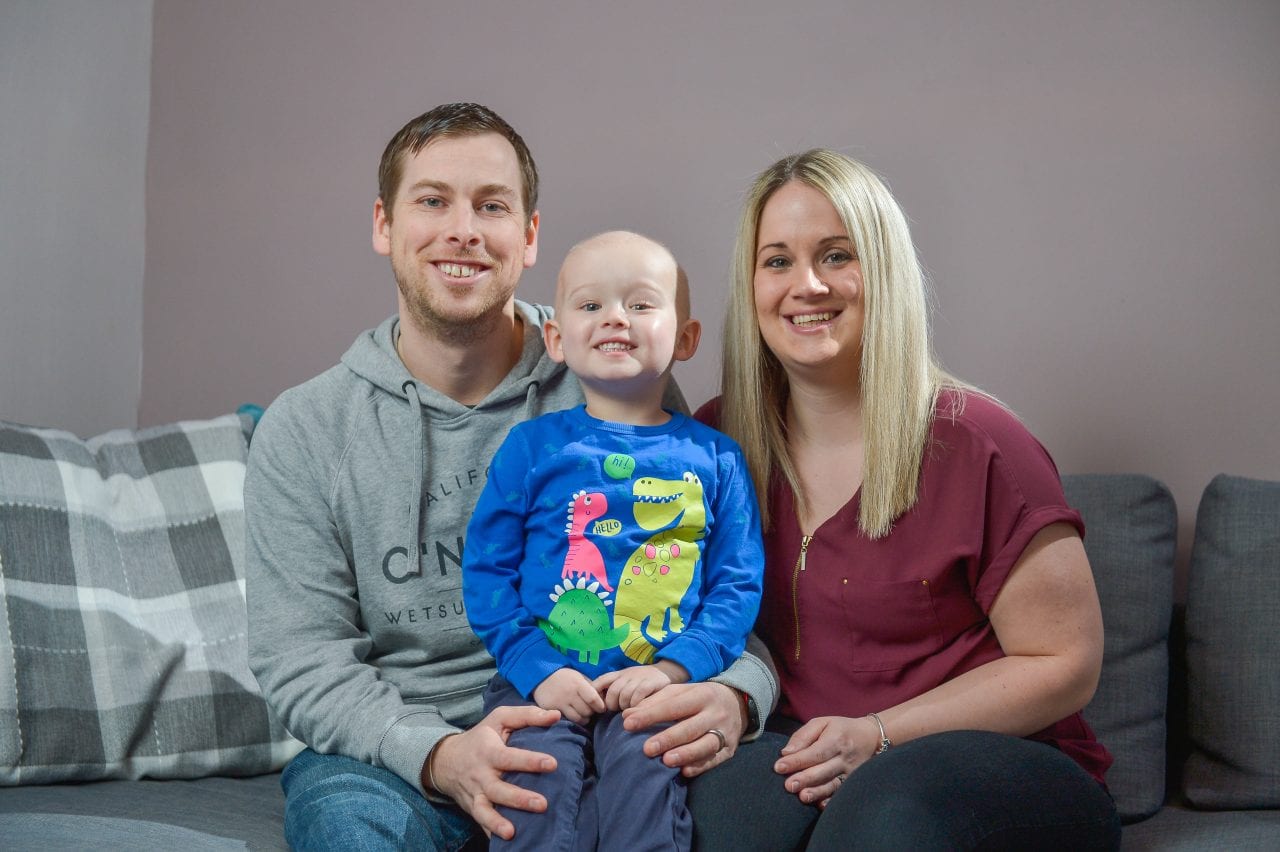 He has undergone two operations since his diagnosis and faces up to a year of treatment.

The couple are hoping Oliver can come home on Monday (25 May) but his discharge will depend on whether the little lad can be taken off painkillers and if his temperature has gone down.

The month in hospital had always been part of Oliver’s treatment plan – but Laura and James had never anticipated it taking place during the lockdown.

Laura said: “It was always on the agenda but at the time we thought James and I would swap every couple of days.

“He could have had visits from grandparents and friends – at least people could have gone to see him.

“We knew it was going to be difficult but the pandemic has made it ten times worse.

“It’s just heartbreaking not being able to hold him or to be there for him.

“He is only four so doesn’t really understand why mummy isn’t there and I don’t want him to think that I have abandoned him.”

Laura and little Alfie are able to video call Oliver three or four times a day and they drop off clean clothes outside the hospital for a nurse to collect.

James said: “Oliver knows he is poorly and he knows he had a nasty lump out of his tummy when he had his surgery.

“He understands about the coronavirus. He talks about the nasty virus outside and that we can do stuff only when it has gone away.

“He has asked a few times to go home.

“I think he’s getting to that point now where he’s recovering a bit and he’s just fed up.” 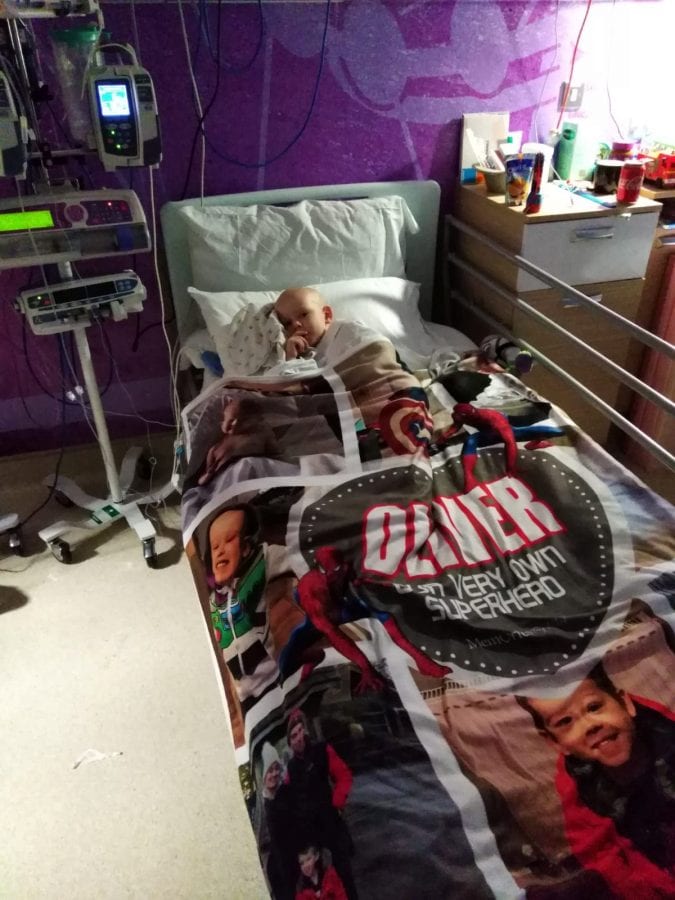 When Oliver returns home the family will have to remain in quarantine for the foreseeable future.

James said: “It’s going to take six months for his immune system to get back up to strength so we have to remain vigilant.

“But at least we will be out of this room.

“There will be a garden and fresh air – I don’t know what that is after the last month.”

Laura and James hope to take Oliver to the USA for pioneering Bivalent treatment, which is hoped will reduce the risk of the cancer returning if chemotherapy is successful.

The family is campaigning to raise £230,000 to cover the costs of the treatment and travel.

They have already raised more than £135,000 but their big fundraising events over the summer have had to be cancelled.

Donations can be made towards Oliver’s treatment at: https://www.justgiving.com/crowdfunding/oliverstephensonwillbeatthis